Vaughan Azzurri's women jumped into a top four position in the table after a 3-0 victory over Sanjaxx Lions at McNaughton Park on Saturday.

Claudia Piazza (47') got the home side on the scoreboard just after the halftime break, and Danya Fenech (69', 90') finished off the scoring with a brace. Courtney Davis kept the clean sheet for the victors.

"Today we found a way to score and break them down, but all credit to them. They were tough, resilient and hard to break down."

A tight first half left very little between the side, but under a baking hot sun the Lions seemed to fatigue a bit quicker than Vaughan in the second half. Vaughan's possessive play kept Sanjaxx defenders constantly on the move.

"I think we had a really good first half," said Sanjaxx assistant coach, Jalen Simms. "We kept possession during most of first half, and had some opportunities but didn't capitalize on them."

"In the second half we tired and we didn't play as much as a unit. Unfortunately we didn't get he result we had hoped for, but I think next time we match up against this team, if we play the way we train, we should get a better result."

Isacco feels his side's record of 1 win - 1 loss - 3 draws doesn't accurately reflect their performances in the early going of the 2016 season.

"I thought we've been the better team in a few matches, and even in the match we lost, I thought we deserved to win there too," said Isacco. "Today helps. We're looking for continuity and good rhythm going forward." 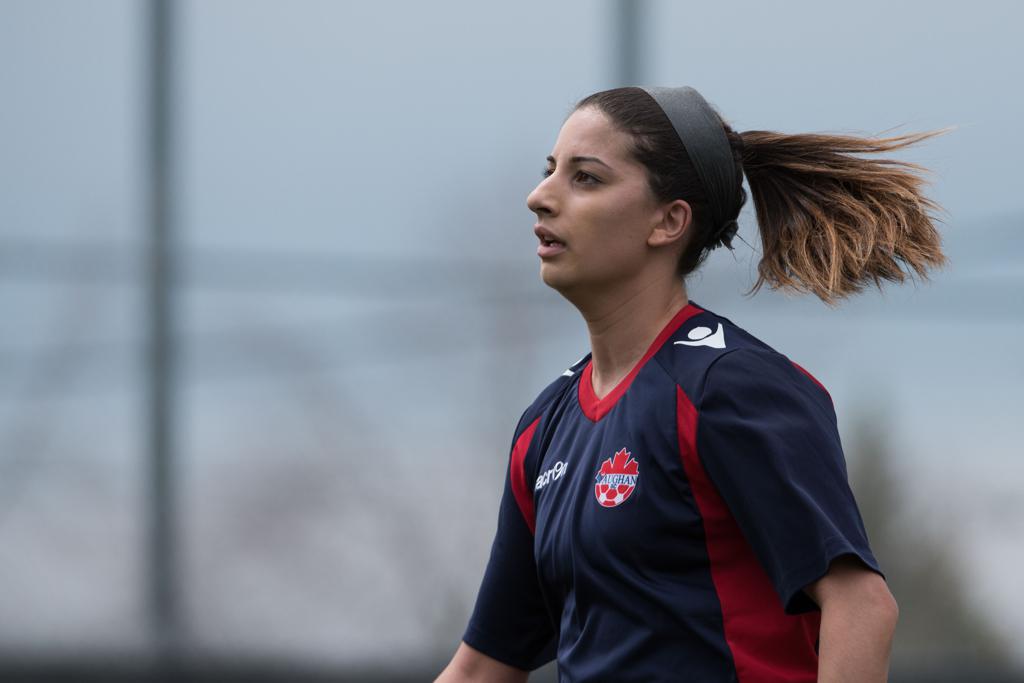 Vaughan's next match is at Mississauga's Hershey Centre on June 18 (6 p.m.), where they will face North Mississauga Panthers.

Sanjaxx remains in eighth place in the table on three points, and comes up against table-toppers FC London on June 18 (4 p.m.) at Monarch Park Stadium, Toronto.

Coach Simms pointed to some work that needs to be done on the training ground ahead of their Week 7 fixture with the Women's Division leaders.

"We didn't stay connected from strikers through mids and to defenders," said Simms.  "We really need to work on playing as unit when moving from back to front. We should be working as one team in our shifting, front, back and side to side."