Seven L1O Match-Ups To Watch Out For This Weekend 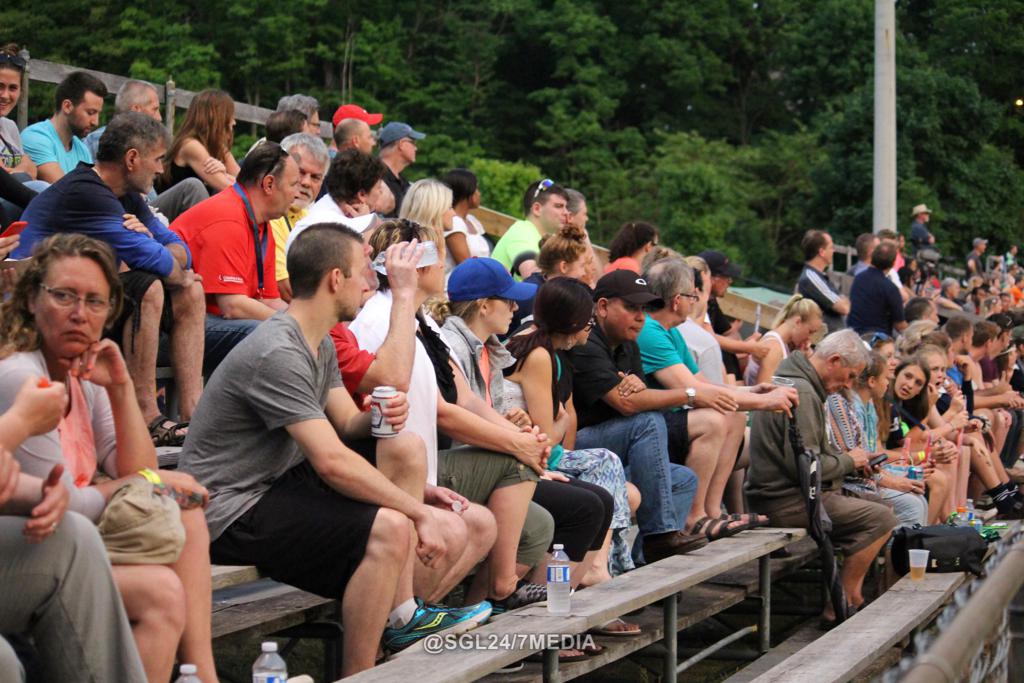 After six matchweeks of play in the men's division and five in the women's, the table has taken shape with a number of early-season form teams jostling at the top of the men's and women's table. 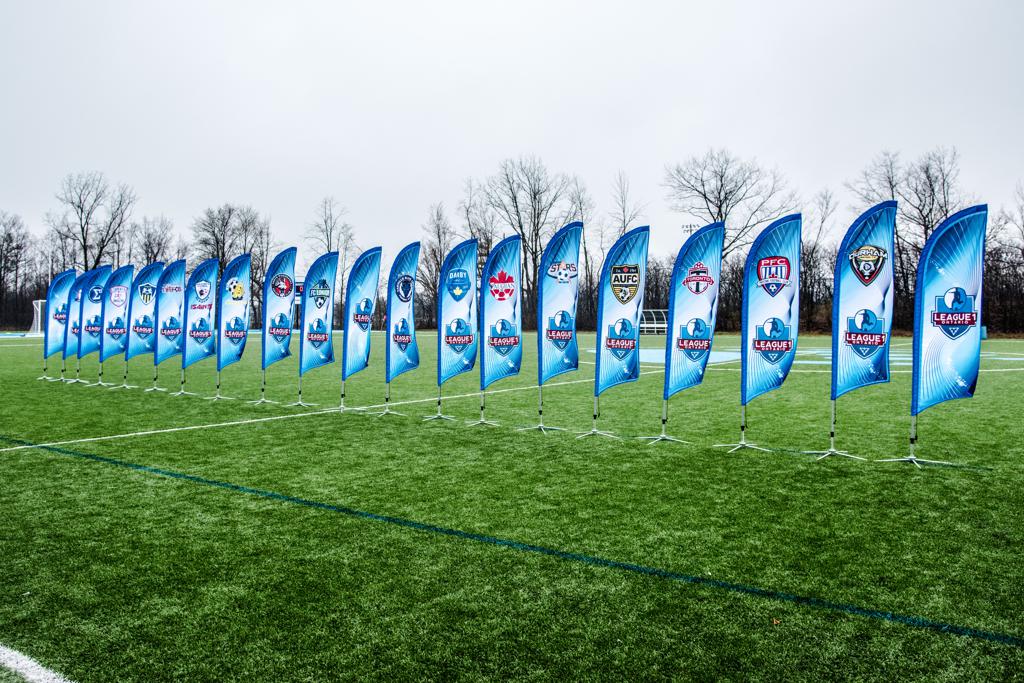 Featuring the two teams with the best men's record in the entire league, the clash this Saturday between Sigma and FC London is a tantalizing prospect indeed.

Both teams have undefeated records in the league, and sit neck and neck at the top of the west division on 18 points after six matches.

Both sides play a possession based game, and their dominance of the ball in matches has unsurprisingly led to the lowest goals against in their division.

FC London has only conceded two goals in six matches - one against Sanjaxx in matchweek two and another to Windsor in matchweek six - and keeper Anthony Sokalaski leads the league with a GAA of only 0.36.

Sigma has let in a measly five, with keepers Corey Marques and Joseph Kuta taking turns between the sticks.

On the attacking end, both sides have a lethal striker and midfielder combo in their ranks.

Sigma's Leaford Allen leads the scoring charts with seven goals, mainly thanks to an opening weekend hat-trick against Toronto FC Academy, while teammate Marcel Zajac has three to his name and has been a handful for right sided defenders.

FC London central forward Elvir Gigolaj has four strikes to his name, while FCL captain and central mid Mike Marcoccia also has four. Both players are capable of getting timely and highlight reel strikes.

Summary: FCL's defence has been incredibly difficult to breach. If London can keep it locked, Sigma's habit of leaking nearly a goal a game may prove their downfall. 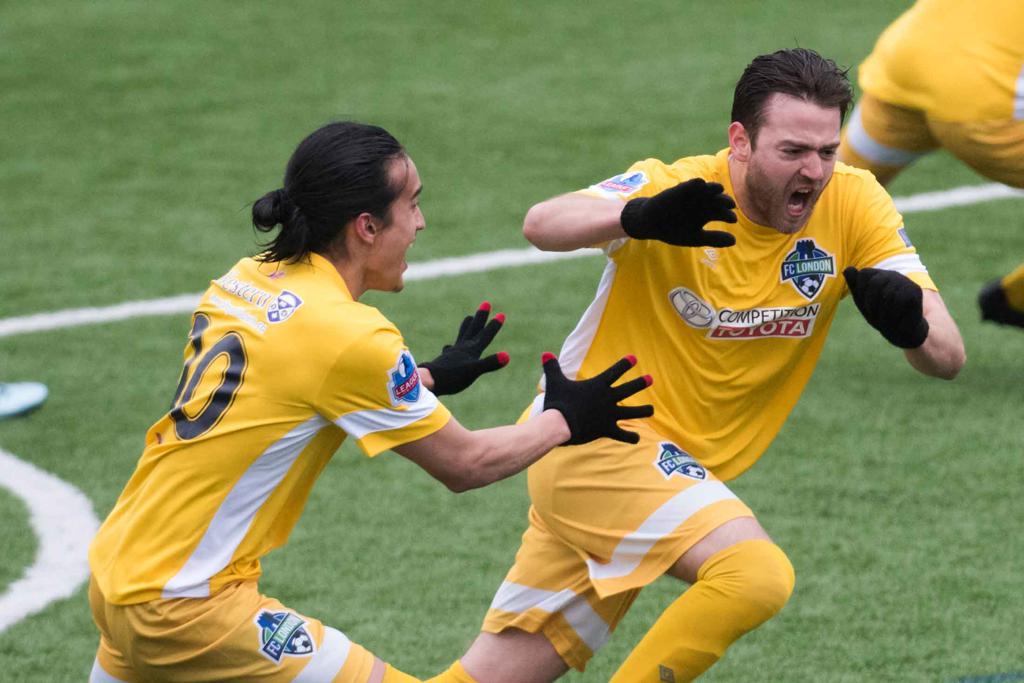 Currently second in the table, Durham women have Laura Gosse topping the scoring charts with seven goals in five matches, while their defence remains the best in the league after only giving up three goals.

North Miss has struggled to find the form that defined their late 2015 season, but with attack options including Jamaican international Oshay Lawes and Canada U20 player Emily Borgmann - both with two goals to their names thus far - the firepower is there.

Summary: North Miss will need more from their strikers, and a full match defensive performance - something they did not do in a 4-1 loss to Kingston one week ago - to keep Durham honest.

First versus third in the east division as Woodbridge Strikers play hosts to cross-town Durham United FA men in what should be a war between two experienced, physical, and exceptionally well-organized sides.

Durham dropped points for the first time in last week's 4-2 loss to Vaughan Azzurri, but bounced back well in a mid-week 4-1 win over Oakville Blue Devils.

Woodbridge has appeared to struggle with possessive minded teams or well-organized young sides that also have pace on the counter, as seen in their 1-1 draw with Vaughan and narrow 1-0 win over North Toronto.

Durham is a team that has both of those ingredients, and with a core roster for several seasons they are showing an admirable chemistry.

Summary: Woodbridge has ground out results, but have not had sparkling performances. Durham, on the other hand, has rarely faltered and appear to be poised to make a charge for points. Look for a draw or a narrow Durham win. 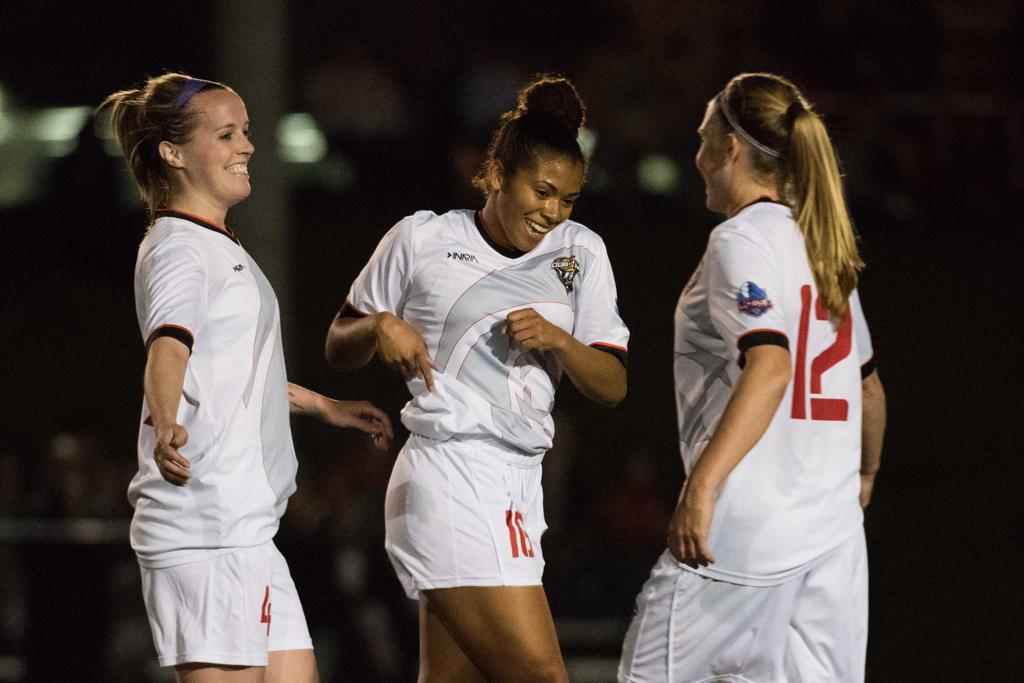 Now resplendent in brand new lime green kits, FC London women has shown there is something in the water down south as, much like the men's side, they've dominated their division thus far with a max take of 12 points from four matches.

After a quiet start, Aurora United grabbed their first win last week and have shown they have quality in their ranks with Canada U20's Sarah Stratagakis and Canada U17 GK Marissa Zucchetto.

On four goals from six matches, forward Megan Reynolds has also shown that she can do damage up top.

However, FC London can brag one of the most dynamic players in the league with Jade Kovacevic scoring six in four matches and leading her team with character and presence.

Summary: At home on the natural grass of the German Canadian club's "The Cove" grounds, in front of raucous support, FC London should be too much for the black and amber of Aurora. However, with a first win fresh in their minds, speed and quality through their ranks, and forwards that can finish - Aurora could spring a surprise.

One might as well camp out at Hershey this weekend for the sheer number of top drawer contests that it will be hosting.

North Miss men also hauled in their first win of the season last week, taking a 3-1 result over Sanjaxx that finally gave this young side the return that their performances suggested.

A solid young technical team with pace and ability, North Miss had difficult opposition in their first matches of 2016, facing strong physical teams in Windsor and Oakville, as well as top technical ability in Sigma and FC London.

On the other side of this match-up, pro club Toronto FC has shown the usual cream-of-the-crop selection of youth talent, and they are showing they will not take as much time as last season to get up to speed. Results against Windsor Stars away and Pro Stars FC at home have shown the Junior Reds can get wins on any ground, and narrow losses away to Oakville and FC London have confirmed this is a team that takes full focus to beat.

Summary: Should be an exceptionally pacey affair, but North Miss will need to be on their toes to take down the top side from pro club Toronto FC's academy. 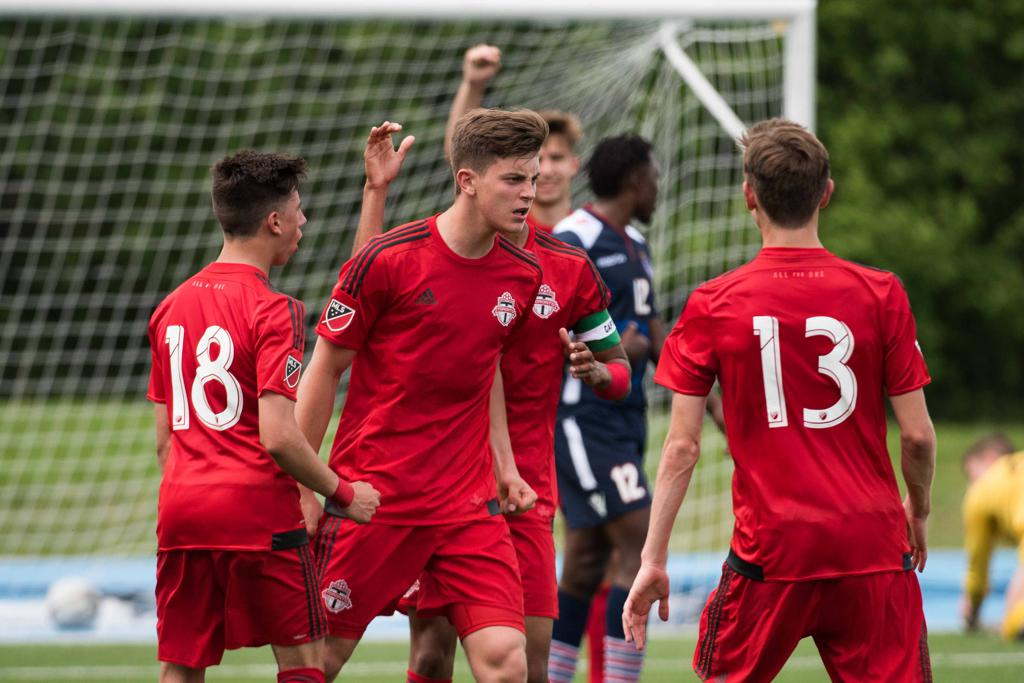 Kingston sits only two points above the Nitros in the east division, while the North Toronto side has one match in hand.

In a first season for the team, North Toronto's performances have been impressive. Steady possessive play, well-organized defensively, and the youth and pace to hit teams on the break - Nitros are not easy to beat.

An original League1 member, Kingston has put together their best early season form ever, getting max points from all home matches. An increased reliance on local players has seen a growth in resiliency, chemistry, and general on-field performance from a team that can never be counted out.

Summary: With experience, belief and form, Kingston will come into this away fixture ready to prove a point. On the other hand, North Toronto has not looked overawed by any opposition, and home field advantage was apparent in their display against Woodbridge in matchweek six. The question is: can Kingston's away form match their home form?

On nine points from five matches, Woodbridge women have quietly gone about their business this season to occupy third position in the table. Perhaps the club has been a bit too quiet at times; three draws rounding out their record of two wins makes an undefeated run that still lacks some bite.

In their first season, Darby FC currently sits at the base of the table, but after three very tight matches with North Miss, Sanjaxx and FC London, they've shown they cannot be counted out.

Last week's loss to FC London will have smarted, but head coach Mirco Schroff will have impressed the quality of the performance on his players - in particular two early goals - as cause for optimism.

Summary: If Woodbridge takes things too casually, Darby could ride an early goal and their ongoing never-say-die attitude to an underdog win, or at least a share of the points. However, if star striker Christabel Oduro, 2015 Golden Boot winner and Canada U20 forward Jessica Lisi, or CWNT pool player Alyscha Mottershead can get into a groove - watch out! 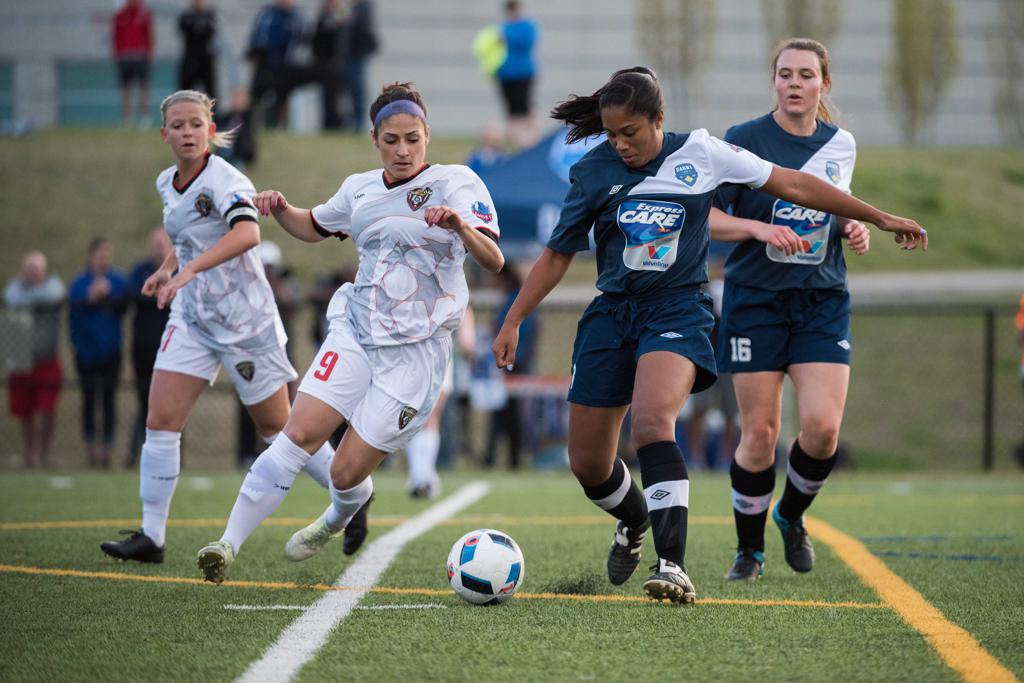