Vaughan's Kyle Crichton (14') got the home side on the board first at the Ontario Soccer Centre in a special Woman's Football Day double-header edition of the Vaughan v Woodbridge League1 derby.

Woodbridge replied late in the game through the foot of Dylan Carriero (84') - his second in two matches - leaving both sides to share the points.

"We made a couple of changes at half-time, which seemed to help because I thought we out-played Vaughan in the second half," said Woodbridge head coach, Peter Pinizzotto. "I thought they were the better team in the first half."

"Being down 1-0 of course you're going to press a bit more and we were happy to see a beautiful goal by Dylan."

"Of course if you want to stay on top you have to stay consistent and keep winning," he added.

"We played against one of the top teams in the league today, they are very good, and it showed today - it was a pretty even match. If we want to stay at the top, we have to remain consistent." 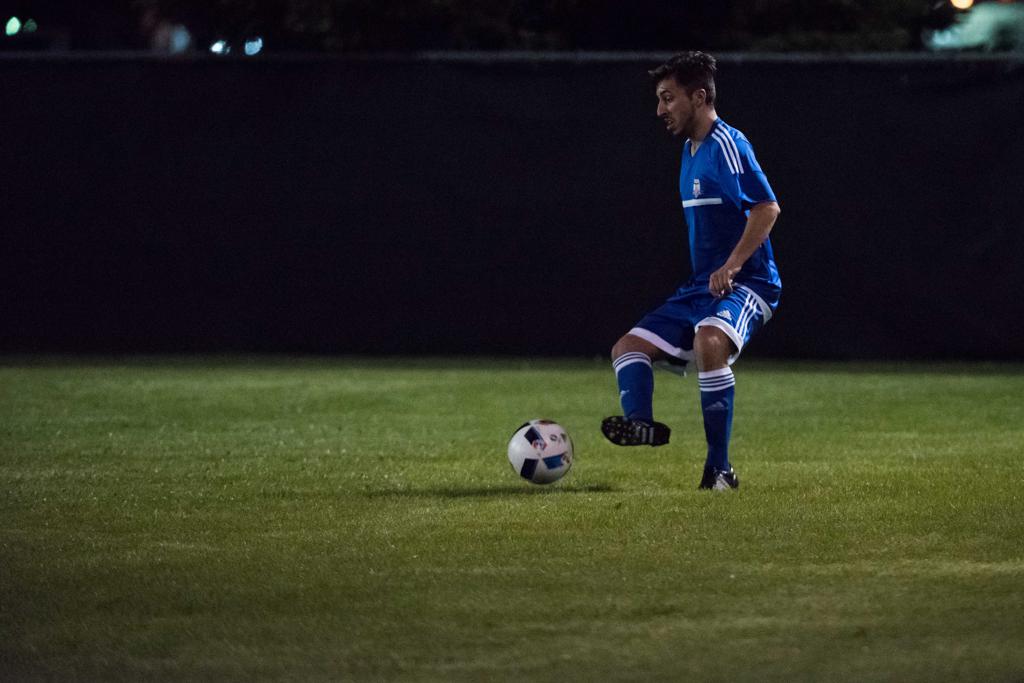 The first half of the derby was as heated as ever with several players exiting the match early due to injuries from the "no prisoners" approach.

Both sides had early opportunities - Woodbridge's Watson just missing the net, and Vaughan's high-press periodically forcing errors close to the Strikers net - but neither side could get the best of their opponent.

"Even if we conceded possession a little bit in the second half, we created a lot of opportunities to kill the game off," said Vaughan head coach, Carmine Isacco. "A second goal would have killed off the contest and probably led to a third."

"But our managing of the game, our finish in the final third, our combination in the final third - it all needs to get better. Yeah we're missing a few players but that is no excuse. We should have buried a few, and we should have managed the game. If we had done the little things right we would have taken all three points.

"Moving forward we have to learn to manage a game," he concluded. "Whatever position you are, you have to be ready to defend. You have a responsibility to defend. We didn't have that when it mattered most."