FC London men were successful in getting a fourth straight win in their first League1 Ontario campaign, this time hosting and dropping Toronto FC Academy 2-0 following strikes from Pereira (88') and Gigolaj (90').

"I think our players worked the whole match very hard, and in the end we got reward," said London head coach, Mario Despotovic. "I thought Toronto played a very good match. When you play against a team that wants to play up a game, like Toronto, then it is a really nice match."

"Both coaches trying to outwit each other tactically, this is soccer at it's finest. If we played them ten times, they would win five times and we would win five times. They are a nice young team and if they continue to train and play this playing style - Canada has a nice future."

FC London initially looked for team top scorer Mike Marcoccia and ever present danger Elvir Gigolaj with early releases in behind the TFCA backline, but the through balls were either over hit or collected quickly by Junior Reds keeper on the night, Gianluca Catalano.

Meanwhile, Toronto FC Academy sought chances to utilize their exceptional speed of play and individual pace, releasing quick counters into space and generating quality chances in-play or from dead balls. Muenkat went close inside the half hour, skimming the crossbar with a slightly overweighted free.

London's Gigolaj was the most dangerous player on the pitch in the late first half, winning individual battles, creating chances, and putting the first ball of the night in the net - however the apparent goal would be disallowed for offside.

Second half play picked up in the same form, with both teams giving very little defensively and much of the match fought in midfield. Toronto FC Academy began to take over the momentum mid-way through the second half, hitting the crossbar in the process.

"I think Toronto tried to attack the whole time," said Despotovic. "We made some changes in the second half to be more offensive, and it didn't work out. We lost the midfield and Toronto had a lot of chances. I think they stuck to their gameplan the whole time and we were just lucky that the one that hit the crossbar did not go in."

London rebounded and found tactical solutions to the match, and were the stronger over the ninety minutes, eventually making space and opportunities in key moments.

"I think it's important for the players to understand that it's nothing to be ashamed of tonight," said Toronto FC Academy head coach, Stuart Neely. "We put in a fantastic performance."

"We know we're going to be physically outmatched in the majority of games. Not to say that London were particularly physical, they're just stronger than us physically. I thought it was a hard fought game, I thought it was a well-played game. We have to be defensively more organized than most as we'll lose a good chunk of the physical battles."

Pereira's opener were dispatched off the head, and Gigolaj's insurance marker from the penalty spot was earned from forcing Toronto FC Academy defenders into desperate situations.

"London kept pressing and we knew it was coming," said Neely. "We were trying to hang on and were undone in an aerial individual battle and what a great finish, downward to the back stick. Keeper was just caught, it was a great finish."

"At that point we had to press and a penalty call and two nothing end. For us it's about the future, and overall we've done a good job on the night. Result? No, but performance and bit of respect game for the boys which is always important." 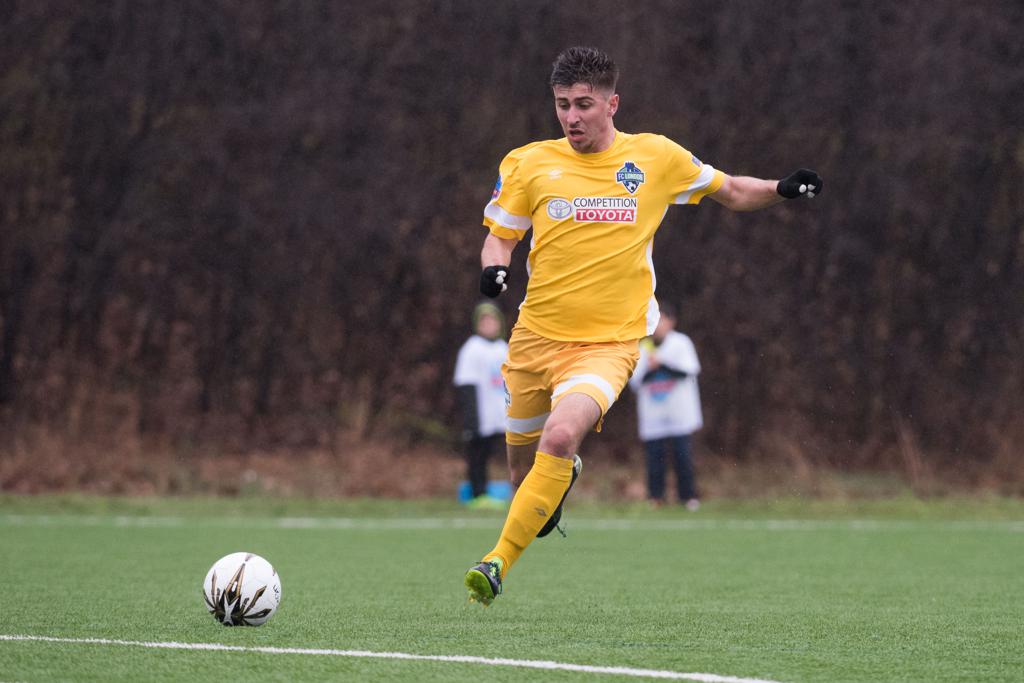