North Toronto Nitros came out the blocks flying at their first ever League1 Ontario home opener at University of Toronto's Varsity Stadium, reaping the fruits of their labour at the final whistle following a 5-0 win over visitors Aurora United FC.

"As usual we have game plan and that was our first game at home so we wanted to keep our fans happy and play our game, be the master of our own destiny," said North Toronto head coach, Hermann Kingue.

"It was just about keeping possession by keeping the shape, using the width and the depth and that is what we did perfectly. The heart of our team is the midfield, so we did very well. We kept our shape and kept the game flowing." 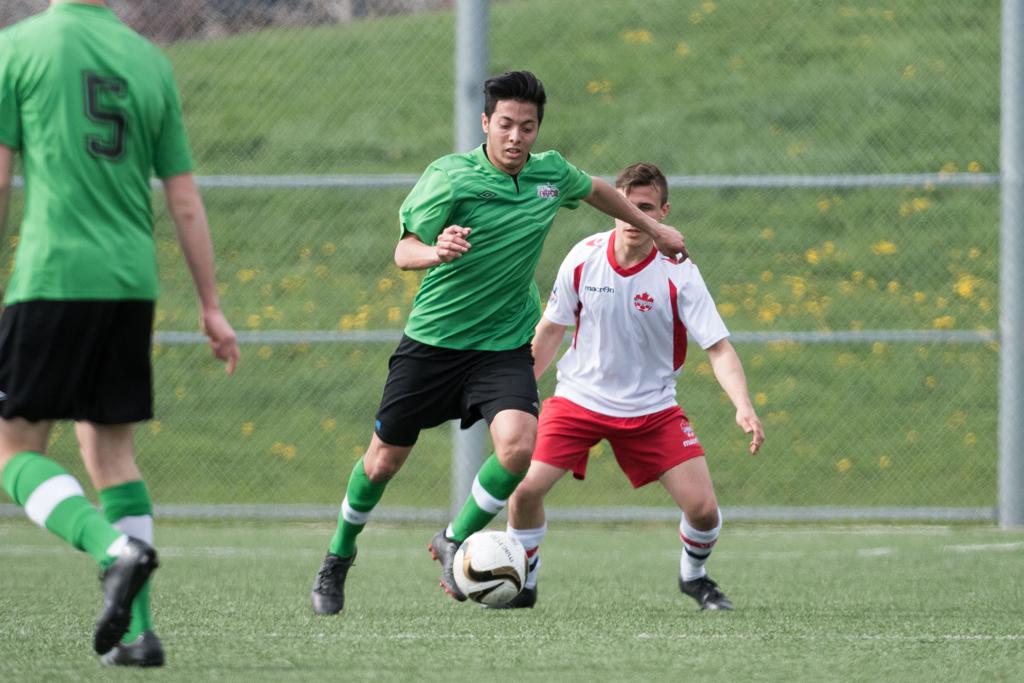 Russell Rodgrigues (13') was the first Nitro to get on the scoring summary, nailing his strike into the bottom right corner of the Aurora net before the match was fifteen minutes old.

Nitros then appeared to settle into a rhythm, keeping the ball in possession and adjusting tempo at will. Lukas MacNaughton (25') was the next to register, slipping his free kick under the Aurora defensive wall and past GK Caranci.

Aurora's midfield were working very hard to apply pressure on the Nitros players in possession, and Aurora central midfielder Jonathan Parolini quickly took two cautions in the process - leaving the visitors with ten men just before the half-hour.

"It's difficult because the plans you come into the game with are suddenly changed," said Aurora head coach, Arman Mohammadi. "The way you want to play is all changed, you've got to make some personnel changes."

"Clearly it was a negative, although it wasn't until after the red card occurred that our team actually settled down and started to pass the ball around. Unfortunately we couldn't start the game in that manner a little bit earlier. Sometimes it takes that to shock the team into having to work a little bit harder. Hopefully all the players will learn from that and we won't have such early disciplinary actions." 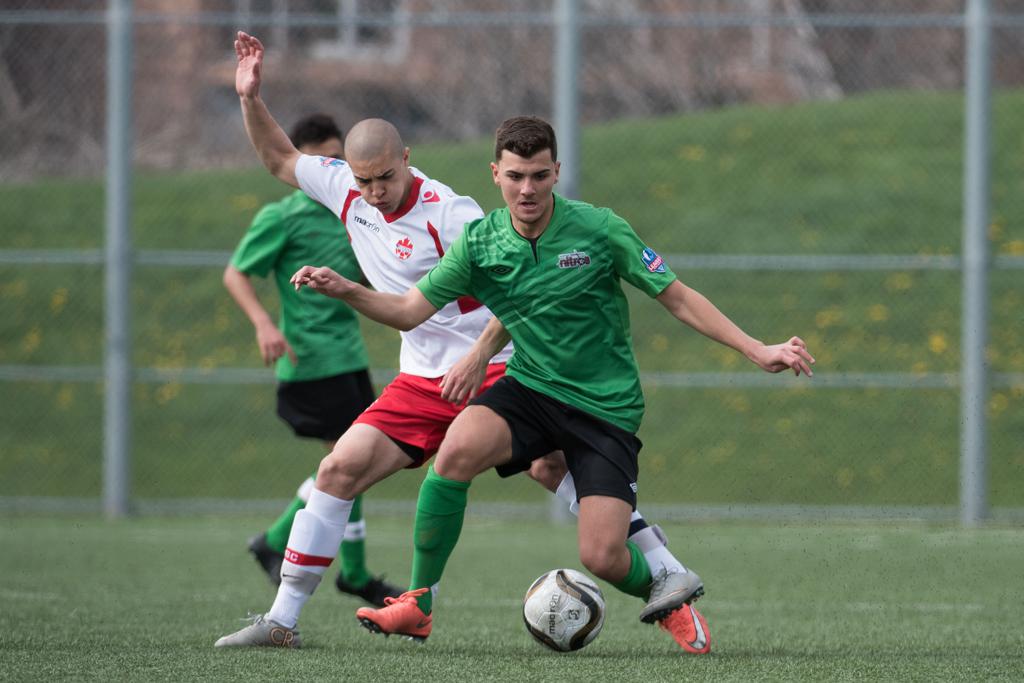 Under ten minutes later, Aurora ran into further difficulties, this time having to replace injured goalkeeper Caranci with Yousseff Mahrady. As Aurora was still adjusting to their new on-field set-up, Nitros struck for a third time. Anthony Sousa (39') smoothly finished a cross and kept up his habit of getting a goal a game over the first three matchweeks.

Aurora were in a very difficult position at 3-nil down at the interval, and with only ten men would have great difficulties getting momentum in the match.

Nitros made the challenge even harder for Aurora when El-Chanti (50') added a fourth off his left foot after meeting a well struck free kick into the box, but a glimmer of light was visible after Mahrady made a stellar diving save to keep out a Nitros penalty from centre-back Niba MacDonald just before the hour.

The two sides traded opportunities in the last half-hour, before Mahrday also took an injury and had to leave the pitch momentarily for treatment. Nitros goal-scorer El Chanti (84') capitalized on the confusion to score the hosts' fifth of the day, and guarantee an historic three points at the home opener. 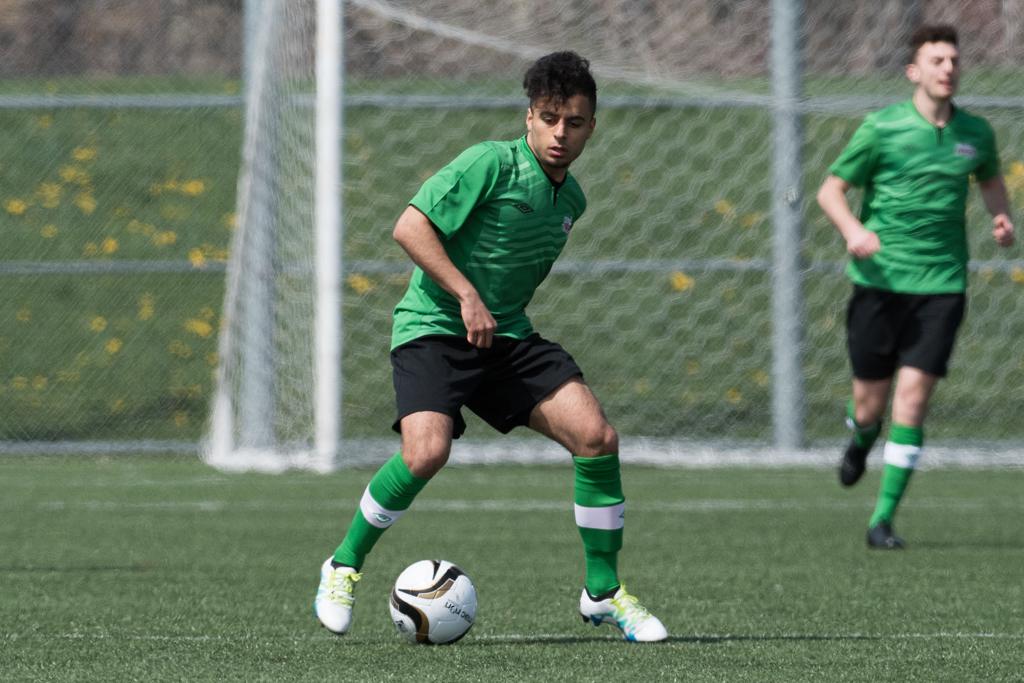 "I think we did really well as a team," said Nitros player, MacDonald.

"We played our game with a plan, which is to score first. We wanted to be composed on the ball and take it easy. We had to play our game."

Aurora's head coach Mohammadi was already turning his attention to the future.

"We've got a quick turn around, so it's going to be very difficult," said Mohammadi.

"We've got an L1 Cup game on Tuesday night, so I think the boys need to get this completely out of their head and just move forward and start over again."