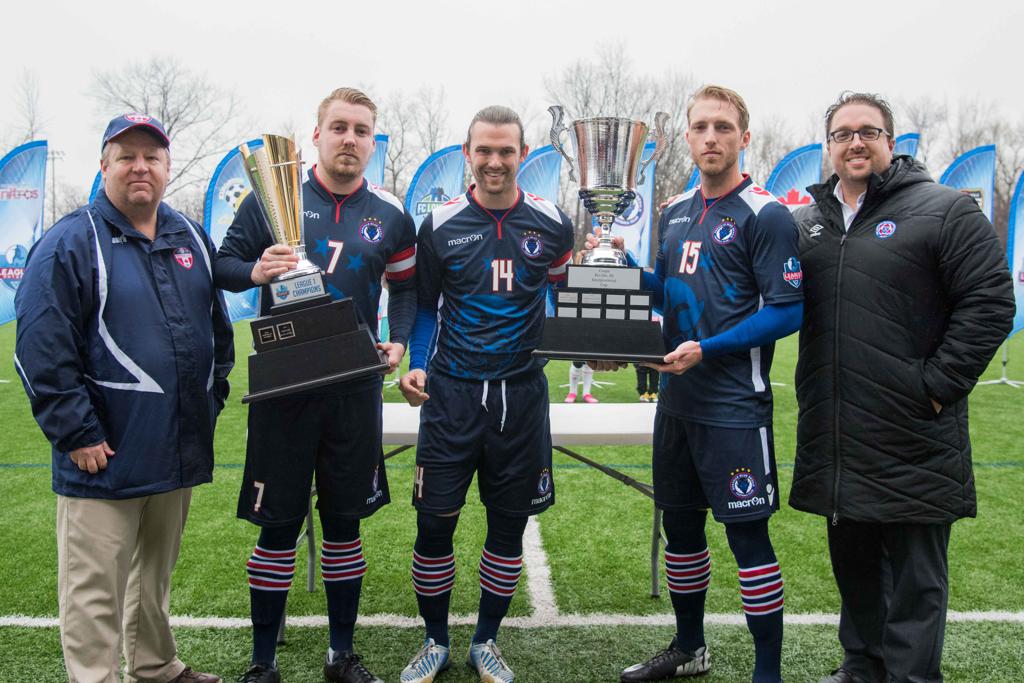 The day started with plenty of excitement at Sheridan College Stadium, the home of defending League1 Ontario champions Oakville Blue Devils, as the 2016 season was launched with a match versus expansion team FC London. The jubilation was still there at the final whistle, but it was the Southern Ontario visitors celebrating a 1-0 win.

"First and foremost I thought the coach made a great tactic coming into the game, and we followed the plan as a team," said Karan.

"I got a lucky bounce, took a shot, kept it low, and everything from there was history. We also played well defensively and closed the gaps at the back. We stayed with our gameplan, that's the main thing." 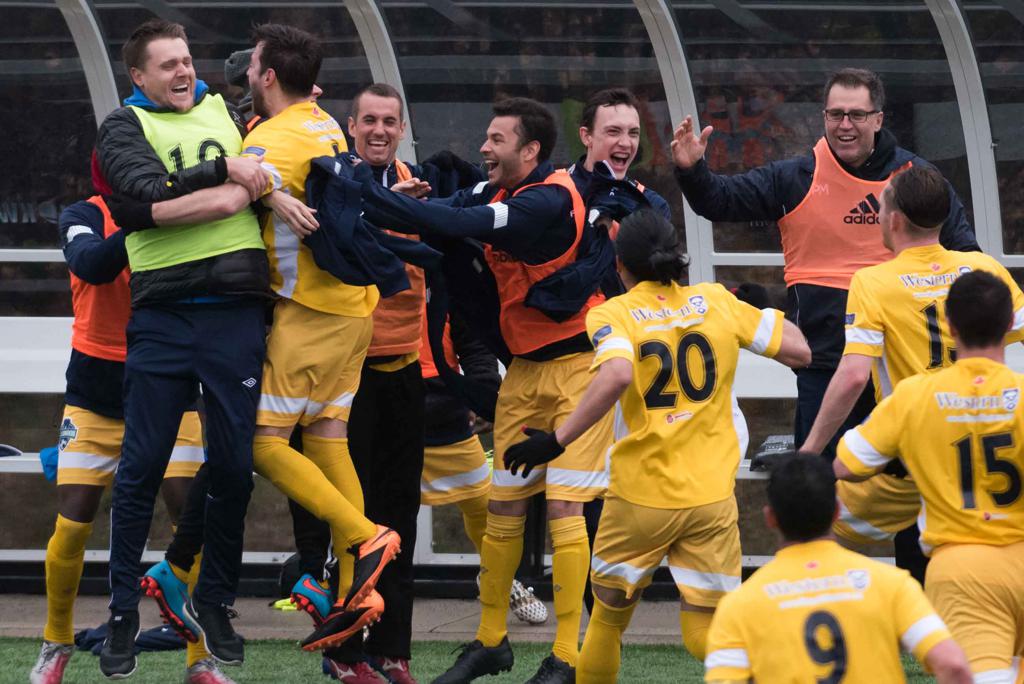 Experienced, physical players characterized the selection of both teams, with London preferring to dominate possession and pick apart the Devils carefully.

The Devils allowed London to come forward, before attempting to trap the opponent, break up play, and initiate counter attacks through the front trio of League1 2015 golden boot winner Felipe Vilela, Rahim Thorpe and Anthony Novak. Co-captain Anthony Doran also supported the attack from central positions at will.

Oakville's direct approach yielded the best chance of the first half, with centre-back Quante Abbot Hill Smith picking out Thorpe with a 40 yard pass, Thorpe breaking through on the right before picking out Vilela in the box, who then turned his marker and was alone with London keeper Anthony Sokalaski. Vilela deftly touched the ball under Sokalaski but the effort struck the post dead-on and was cleared.

London's best chance of the half came in similar fashion, after right back Max Marcsh found central forward Elvir Gigolaj peeling off into Oakville's left flank with a long diagonal pass. Gigolaj knocked the ball down at the edge of the box for Mike Marcoccia but his scuffed effort went wide. 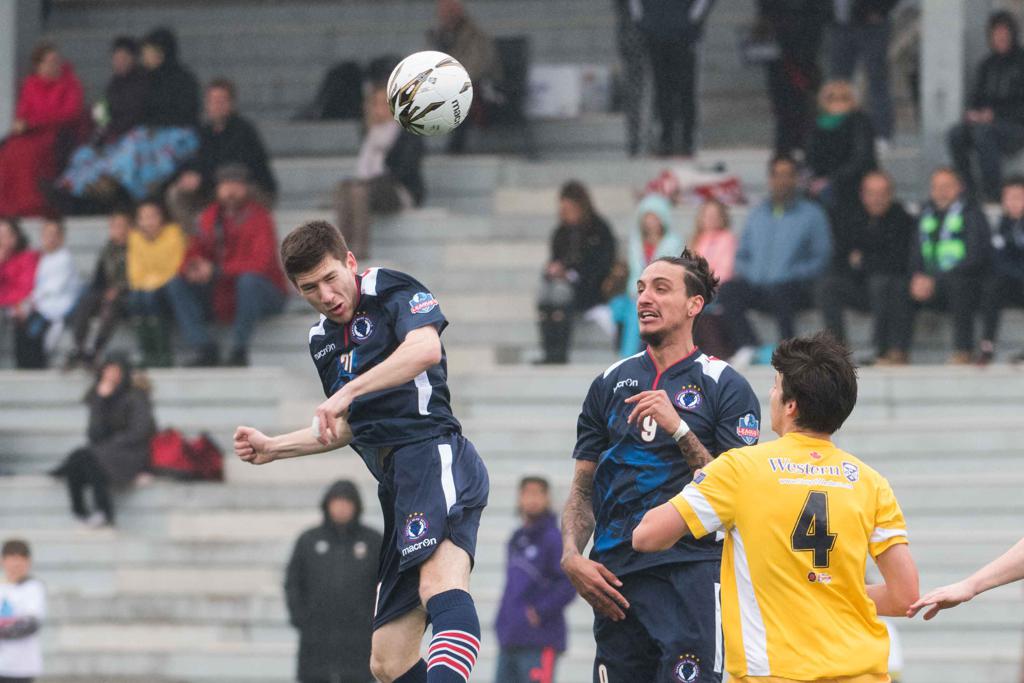 Tempers flared throughout the early going of the second half with official Alexis Vaughan frequently warning players and doling out cautions to both sides. Karan's goal arrived in the midst of the tension, after an attempted clearance dropped to his feet at the edge of the box. Karan did not hesitate, driving the ball hard and low to GK Scott Shewfelt's right side and inside the side netting.

Oakville made substitutions and rearrangements to get back in the game, but Shawfelt was controversially dismissed in the 77th minute.

Oakville assistant manager Billy Steele was also cautioned before ultimately being ejected from the match. Despite some decent opportunities to level, the bounce would not go Oakville's way and the match finished 1-0 in favour of London.

"We had a very strict gameplan," said London centre-back, Parker Seymour. "We had a huge emphasis on keeping the ball. We knew they would press at a point, and we just tried to keep calm and rely on our talent and decision-making to break them down and solve their pressing."

"They are the defending champions and nobody knows what to expect from us, we are an unknown quantity. I think we showed here today that we can beat anyone." 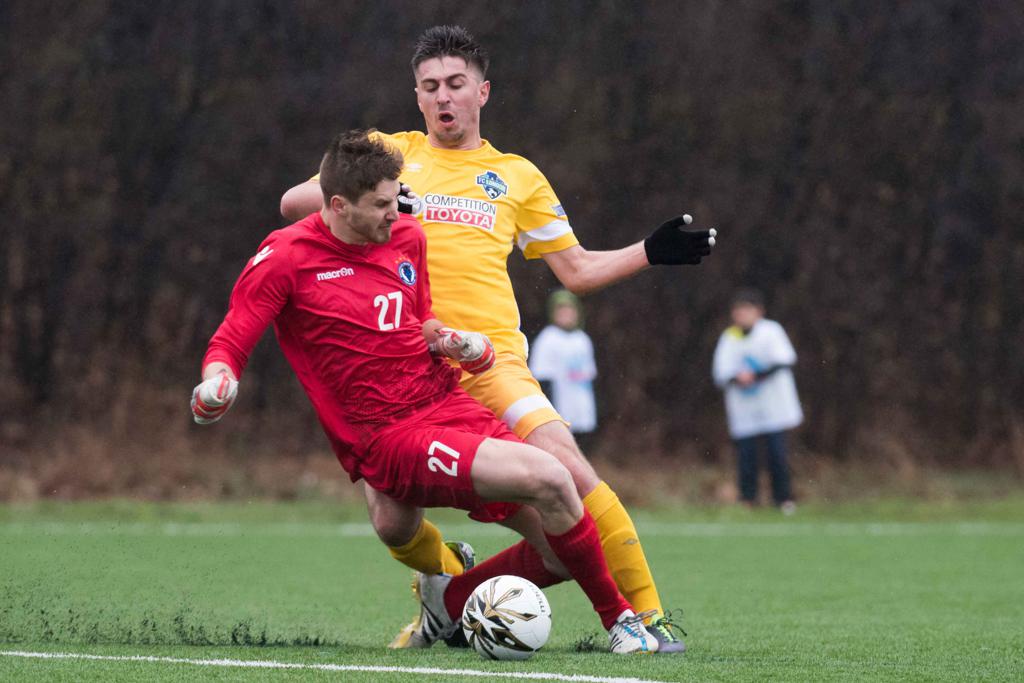 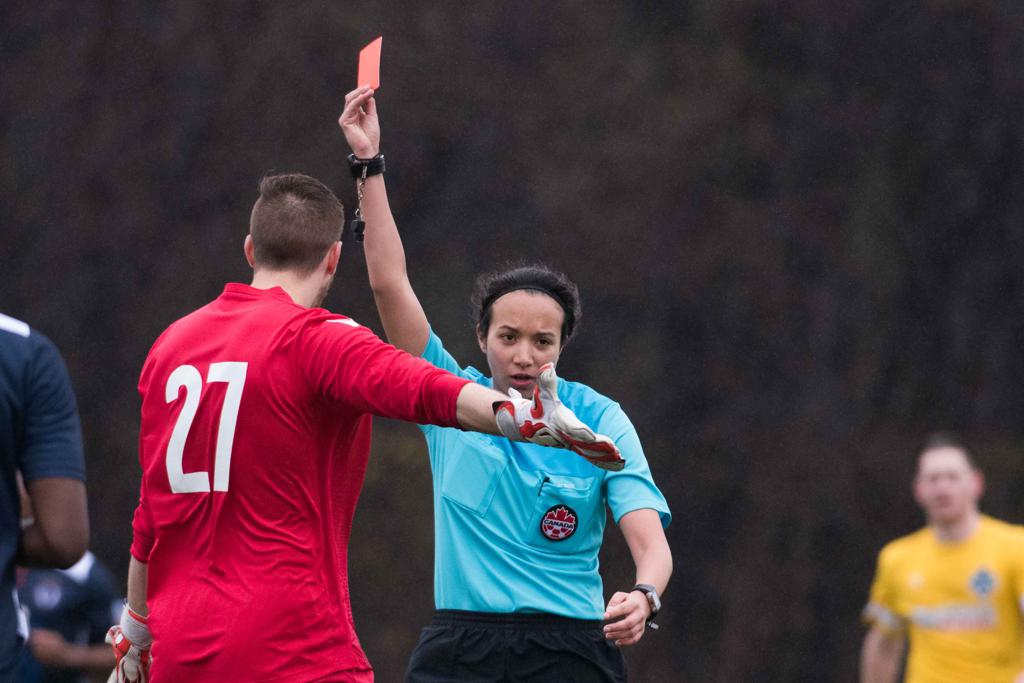