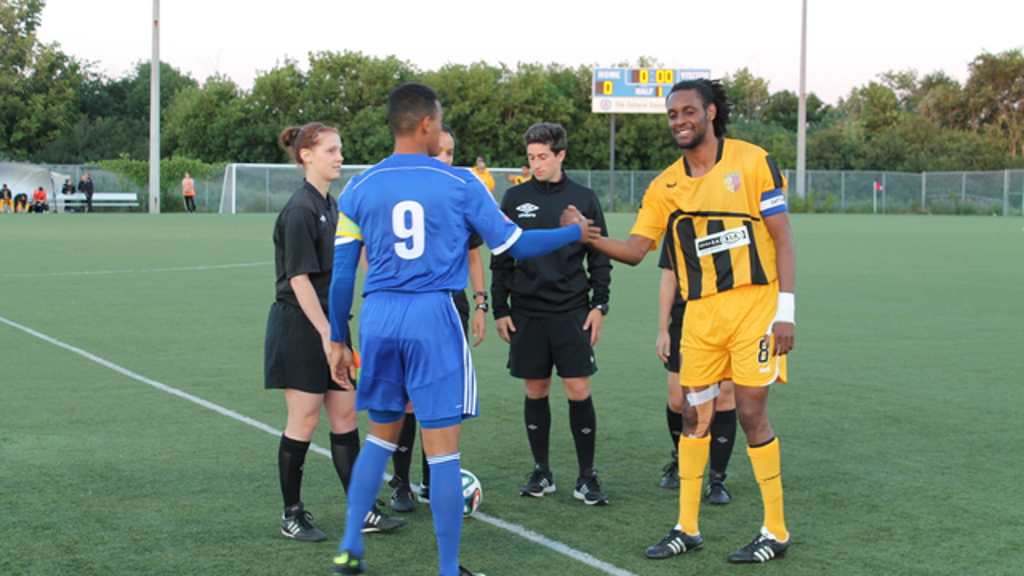 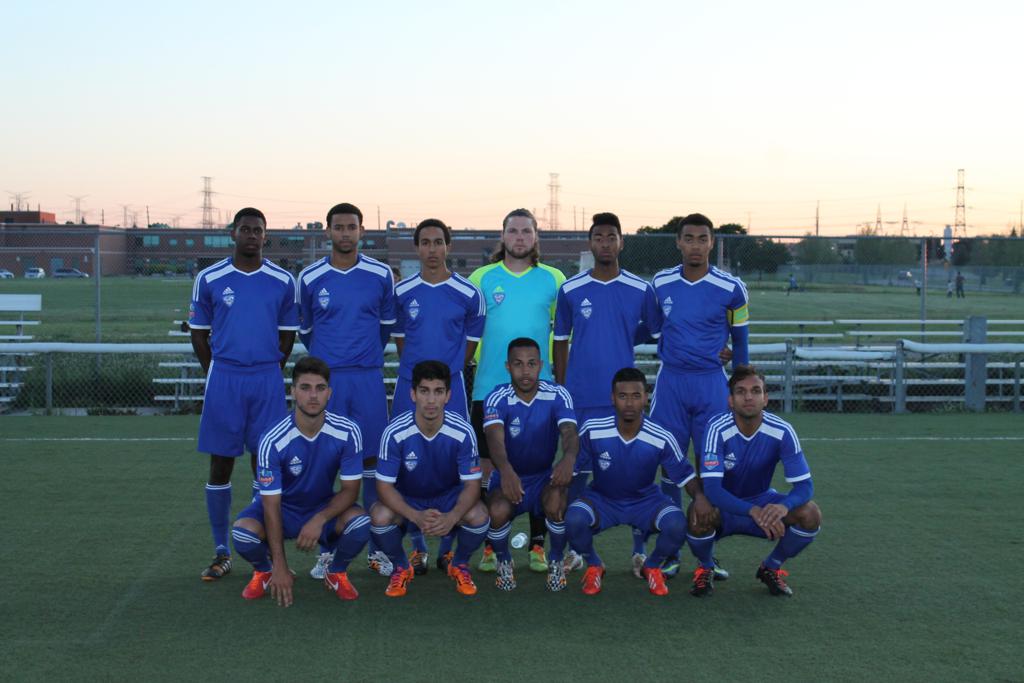 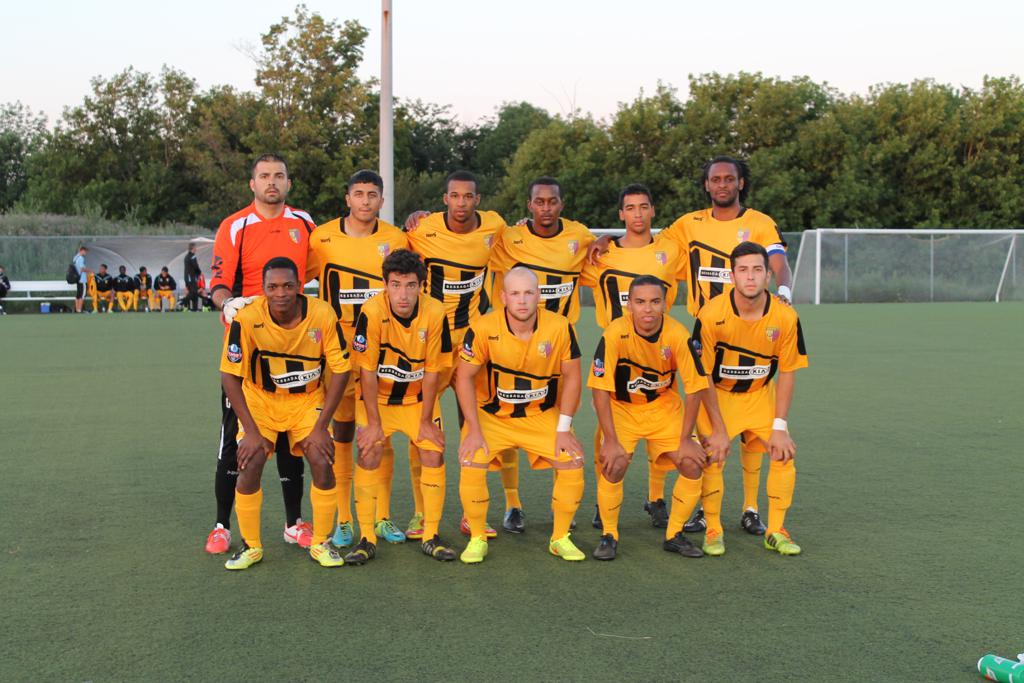 “I think this game is representative of the season that we’ve had so far. We’ve been in every game, but the other teams have been able to penalize us on mistakes that we’ve made.”

These were the words of team manager and acting coach on the night, Marcelo Almeida, following ANB Futbol's 2-1 loss to Durham United FC in League1 Cup action Wednesday night. Despite overwhelming spells of possession, an inability to capitalize on numerous goal scoring chances saw ANB suffer yet another close defeat.

A pair of goals from Durham forward Le Rohne Young cancelled out ANB’s first half goal, and allowed coach Tony La Ferrara’s side to keep top spot in the Group A standings.

While ANB had control of the play for large portions of the first half, working the ball wide and finding gaps in the defence, it was the speed and movement of its front quartet in the Mills brothers (Jahsua, Jason and Brandon) and Anthony Smith that stood out most.

“The Mills’ brothers and Anthony Smith have a little bit of spring in their feet, and we look to use that,” revealed Almeida. “Whenever we can spring them loose, we do it, trying to time our breaks into attack.”

However, it was Durham getting on the score sheet first, only eight minutes into the match. Against the run of play, Young received the ball, cut inside, and beat keeper Haydon Armstrong low in the bottom left corner to put the visitors up 1-0.

After coming close on a few occasions, including Brandon Mills hitting the crossbar from close range, the activity of ANB’s Mills brothers and Smith paid-off with all three brothers involved on the tying goal. Brandon worked the ball into the box from a wide right position, before Jason picked up play and passed it to Jahsua for a tidy finish past Durham keeper Eugene Alves.

Just as it started to look like the hosts were about to take control of the match, Durham earned a penalty in the thirty-sixth minute after Young was taken down in the box by defender Kristofer Michael. Yet the subsequent penalty was saved by Armstrong, and he would come up big again just moments later after saving another shot from a tight angle to preserve the 1-1 score going into the break.

For much of the first half, Durham were outplayed and needed to make some adjustments, according to coach La Ferrara.

“The first half we suffered a bit, but we changed some things in the second half [with three substitutions] knowing we needed to be stronger in the middle, and it made a huge difference.”

The difference not only came with a more energetic and formidable midfield, but on the scoreboard as well. The second goal came via the route one variety in the seventy-third minute, with Alves delivering the ball up-field, and the bounce off the turf fooling defender Shiquan Lowe and Armstrong in goal, resulting in an easy tap-in for Young's second goal of the match.

The work rate of Young was clearly evident and could be noticed by all, including his coach.

“ La Rohne gets a lot of opportunities during the game,” said La Ferrrara. “He doesn’t always finish them, but today thank god he finished a couple. I can’t say enough about him, he’s a hard worker, a team player, and I’m glad he got two goals tonight.”

Durham will look to build off this result and carry over the momentum into the next few league matches; Young summed it up well.

“I think we should just keep fighting, never give up, and our perseverance should pay off.”

Durham’s next league match is Saturday, June 12th when they take on Woodbridge Strikers at Vaughn Grove, kickoff at 8pm. As for ANB, they don’t have time to dwell on the defeat with an away match themselves on June 12th against Master’s FA, kickoff at 9pm.