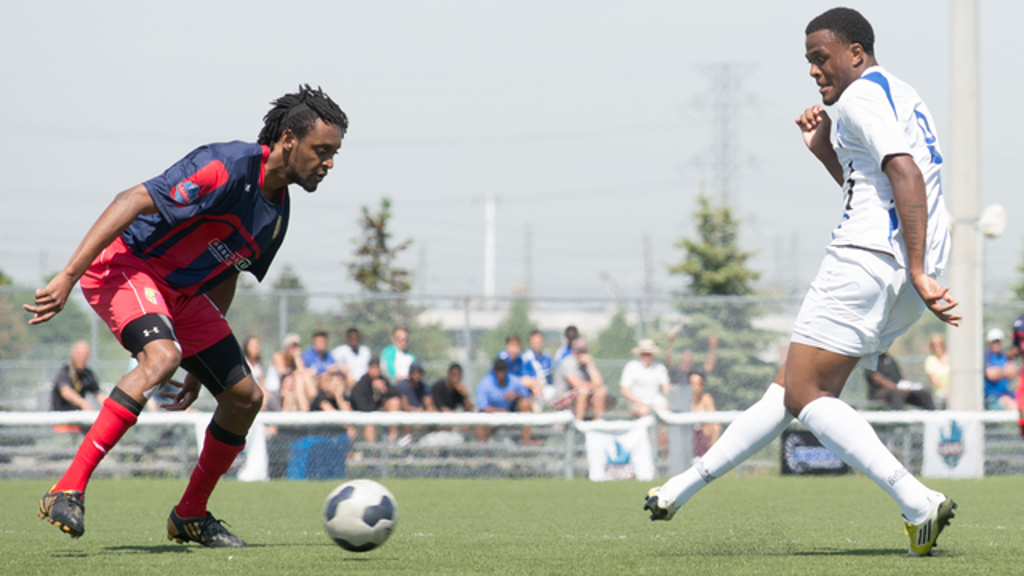 Just because the inaugural League1 Ontario season is over doesn't mean that all of the league's players have hung up their boots for the year. More than eighty players that featured in League1 were on the field playing for their post-secondary teams this fall, many of them stars on successful teams.

Below are the highlights of each League1 team’s top performers at the University/College level.

Two players - Jacob Orellana and Jonathon Osorio - were key members of the Humber Hawks, who finished the season as the runners up in the OCAA Men’s Soccer Championship.

Goalkeeper Matt Caldaroni was part of a much improved UOIT (Oshawa) program. Fairly new to OUA play, the school finished in the middle of the pack this year in OUA East Division. 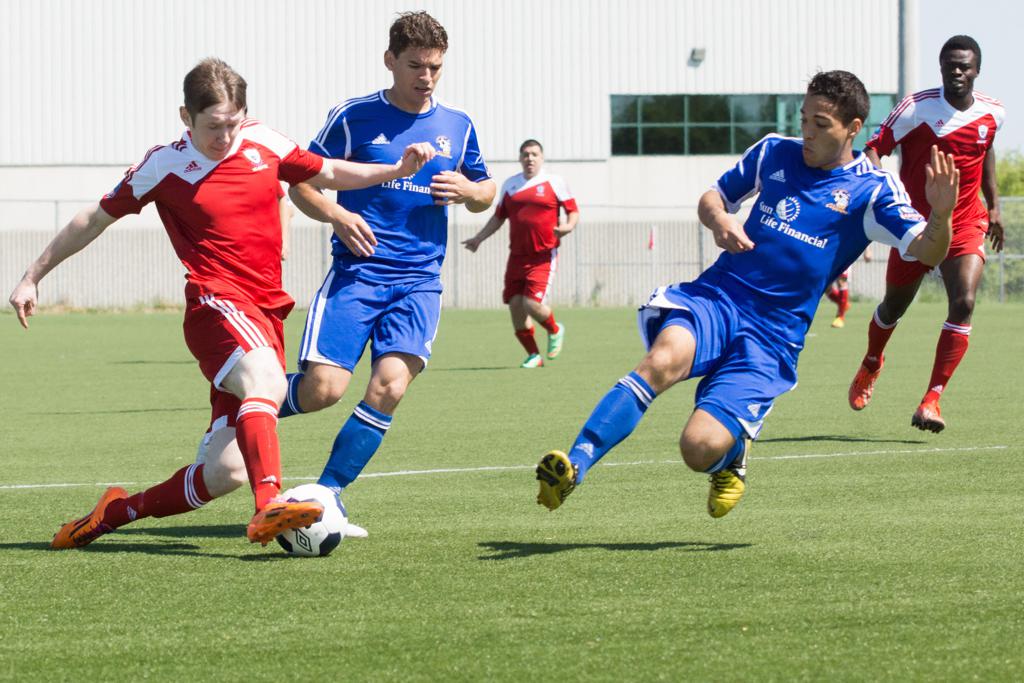 Like Windsor, many of Kingston’s student-athletes stayed close to home.

Three Clippers players – Stephane Emard, Maxime El-Asmar and Rowen Martino – played for Algonquin College, which captured the OCAA Men’s Soccer Championship and were the CCAA’s #1 ranked side for most of 2014.  Emard was honoured as the CCAA Men’s Player of the Year, which is an outstanding achievement.

Goalkeeper Ben Cowman, who had a strong first half of the season for DUFC, continued his strong play in OUA play, earning Second Team All-Star status in the OUA West Division for the University of Western Ontario. The Mustangs finished fourth in their division and were knocked out of the playoffs in the quarterfinals.

Davinder Johal, Shaquelle Agard and the Saimovici brothers (Emile and Ethan) all played for nearby Centennial College. Centennial narrowly missed the playoffs, finishing third in the OCAA East Division.

Jordan Dover went stateside, where he played for the Green Bay Phoenix, who struggled with a younger line-up than usual this season.

Goalkeeper Michael Scavone was a regular for Roberts Wesleyan College, backstopping his Redhawks side to the NCCAA (National Christian College Athletic Association) Championship. 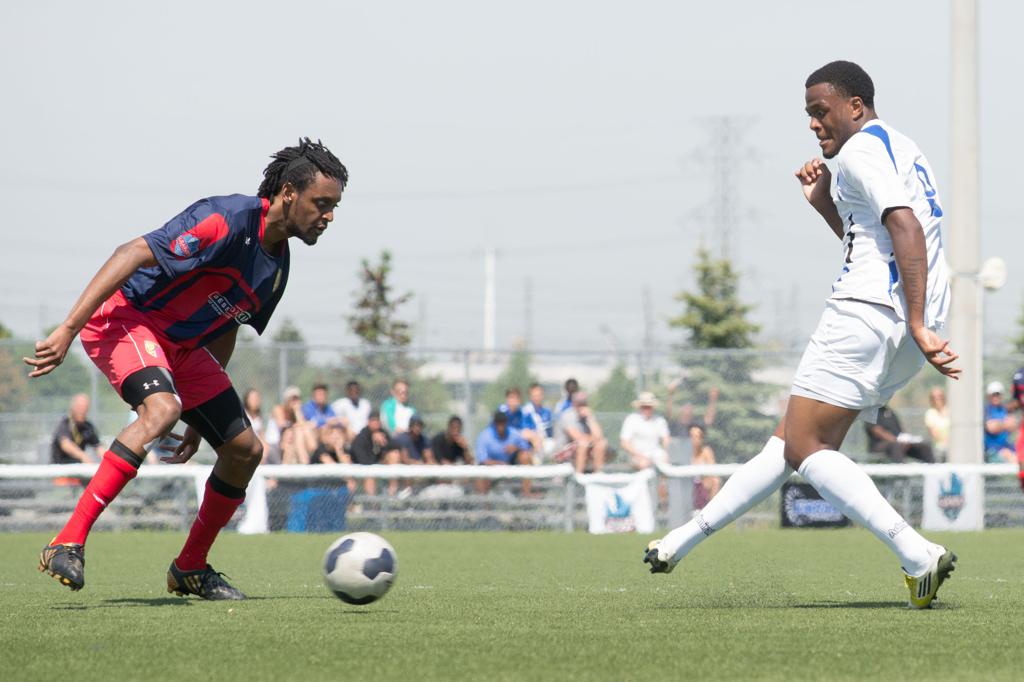 Sigma FC has made name of itself in the Ontario soccer scene due to the sheer number and quality of players they have placed at top NCAA programs. In 2014, a staggering thirteen members of their League1 Ontario roster headed south of the border at the midway point of the season.

The most well-known of that group is striker Cyle Larin. Although his sophomore season at the University of Connecticut was somewhat disappointing from a team standpoint (UCONN failed to advance to the NCAA tournament, despite being considered pre-season favourites to contend for a national title), Larin continued his personal rise. He scored nine goals in sixteen games for UCONN and also took part in a Canadian Men’s National Team Camp in October, where he made a quick impression in a friendly against Colombia, getting one of Canada's few chances on goal.  Larin is expected to be a top draft choice in January's MLS SuperDraft.

A total of four Sigma players who played in L1 this season earned spots in the 2014 NCAA College Cup Tournament.  Alex Halis and Chris Nanco were key performers for Syracuse University. Nanco has had a particularly strong season, scoring five goals for the Orange, on top of earning an invitation to a Canadian U20 National Team camp this past summer.

Several ANB Futbol players have had solid seasons for their University or College teams.

Justin Broome had a strong freshman year at Hartwick College, and earned a start in the school’s first round NCAA College Cup match vs. Penn State in November. 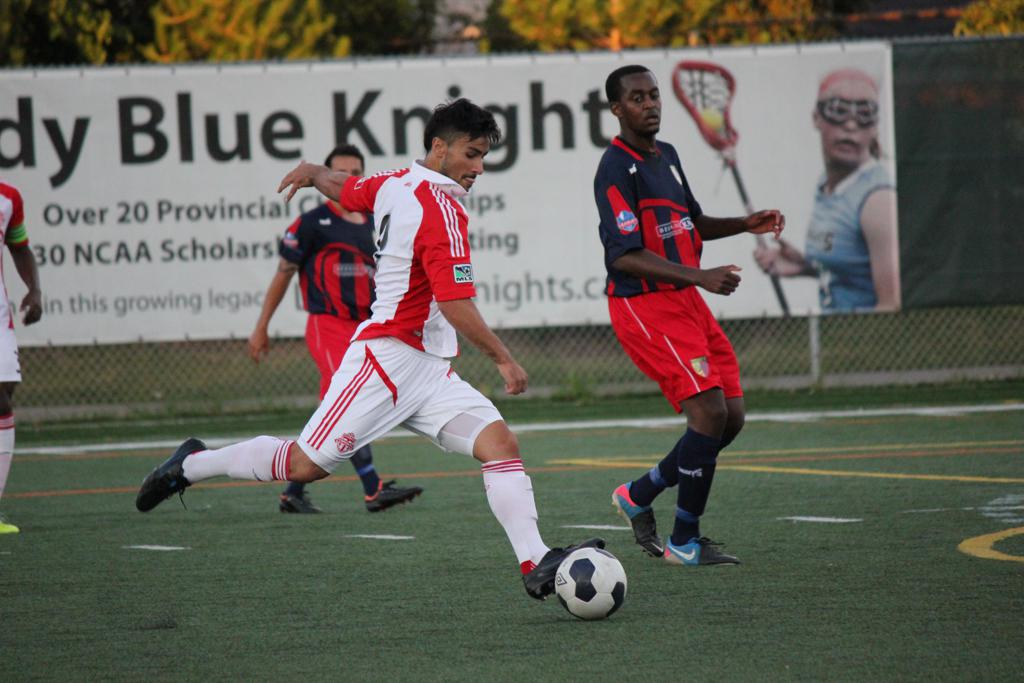 Oladapo Afolayan and Mark Rogal played for University of Toronto.

Kevon Black started eighteen games for Duke University and Eli Roubos featured in seven matches in his freshman season with Oregon State, who were eliminated from the NCAA College Cup in the second round. 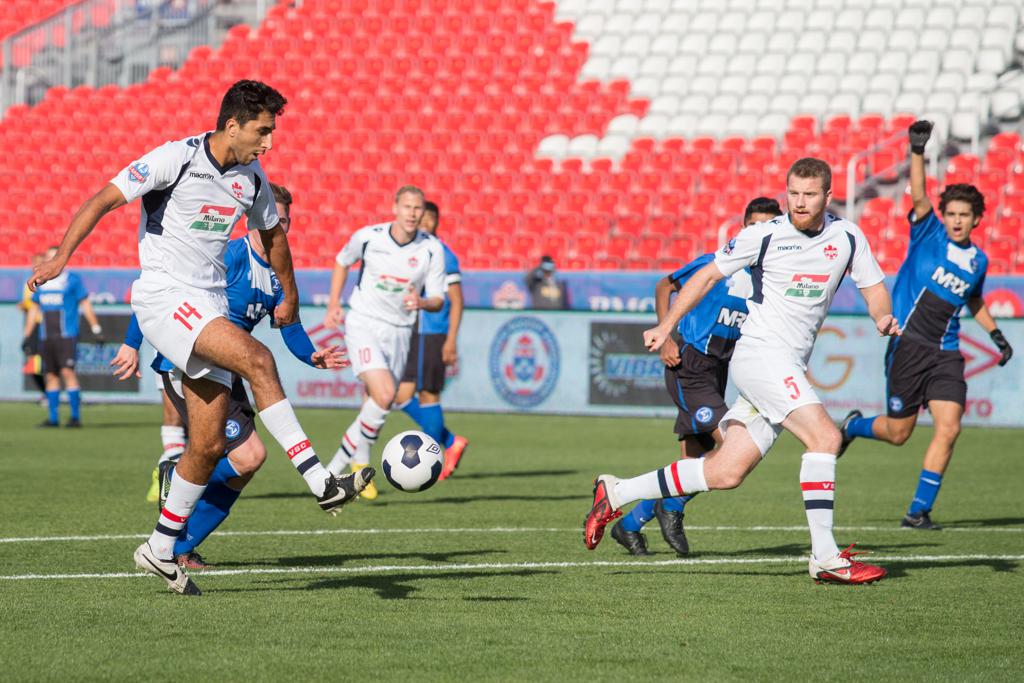 No League1 team is as closely associated with a post-secondary program as Vaughan. Head coach Carmine Isaaco is also the head of the York Universtiy Lions program and many players on the L1 Cup Champions' Azzurri roster also featured prominently for the CIS National Champions in 2014.

Two Azzurri players headed south of the border, with Mattieu Laurent (UAB) and Austin Ricci (Oakland) playing important roles for their school teams, which both qualified for the NCAA College Cup Tournament. Oakland was knocked out by Michigan State in the second round of the tournament. UAB suffered a first round exit.