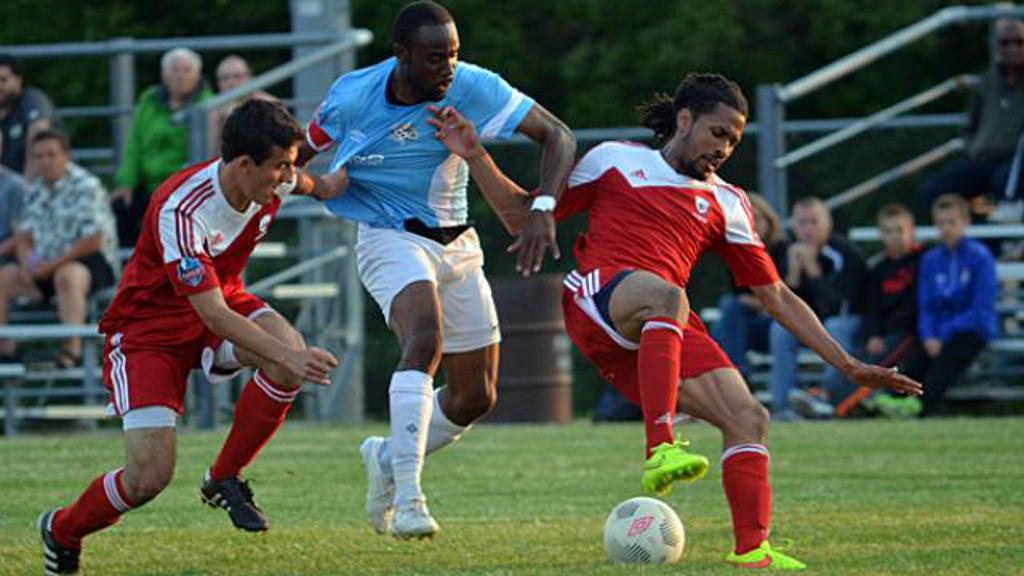 With a massive victory Friday evening at McHugh, the Windsor Stars kept pace with the league leaders and managed to put some breathing room between them and TFCA on the League1 Ontario ladder. The Stars ran away with an 8-1 decision over Master's FA to secure themselves in seventh place and just four points in arrears of third.

It didn't take Windsor long to get on the board as Noah Pio scored at the 35 second mark, setting the tone for the game to follow. Pio would notch two on the night for the Stars, closing the game with a long run, a deke, and a strong blast to the back of the net.

"He never surprises me," said Windsor coach Shane Topolevic of the younger Pio. "I never know what he's going to do, but I have every confidence in his ability. He can hit the top corner from 40 yards and he can dribble around people. He's an outstanding young talent." 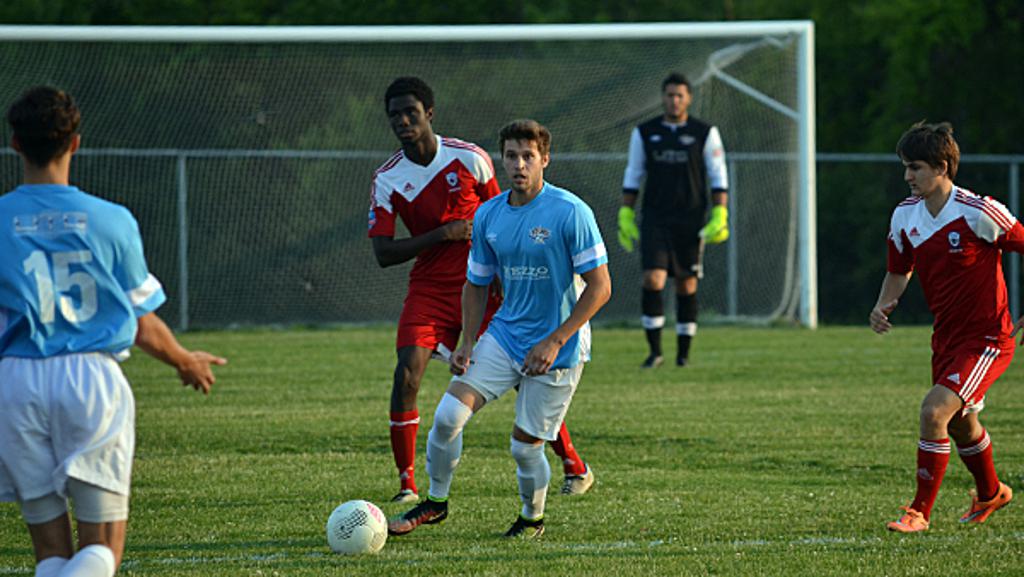 Not to be outdone, Noah's brother Mike led the home side with three goals on the night. The elder Pio tallied two in the first half, and added the third to start the second frame. The Stars got single goals from captain Stephen Ademolu, Ciprian Codea, and Stefan Milidrag.

"Overall, I thought they played well," said Topolevic. "It was a lot of teamwork tonight. That's why we did so well. The guys let the ball do the work tonight and it showed. When they do that, we can be a great team." 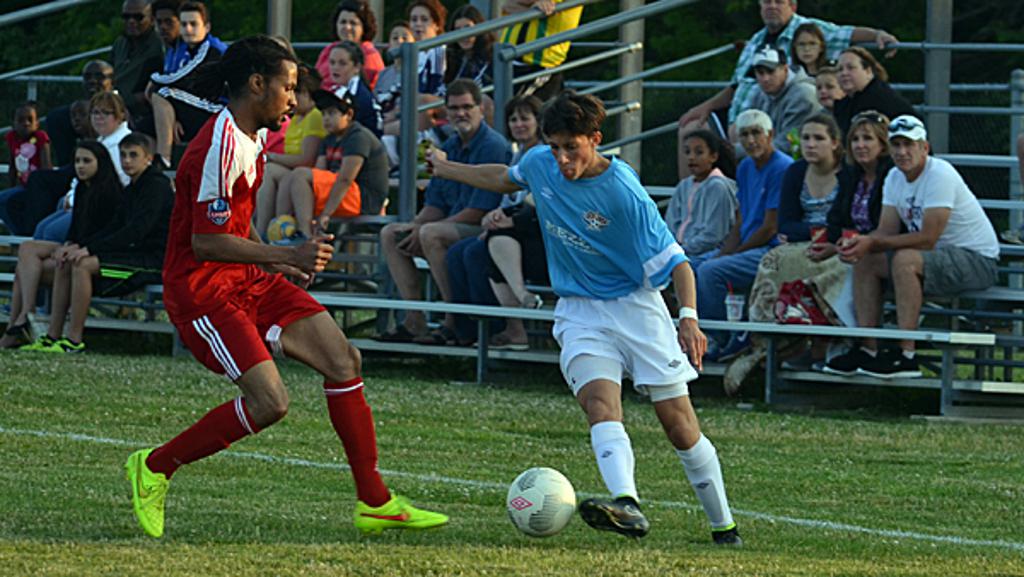 The score belied the effort put in by Master's FA. Windsor keeper Kyle Vizirakis was forced into some very difficult saves, with a number of chances from close range. It wasn't until the 70th minute that Master's striker Isiah Page managed to put the ball past Vizirakis.

"They're a good team," Topolevic said of Master's FA. "They’re a fast team, they're a strong team, they don't give up. But, I think we understood that they were going to come at us fast, and we needed to move the ball faster." 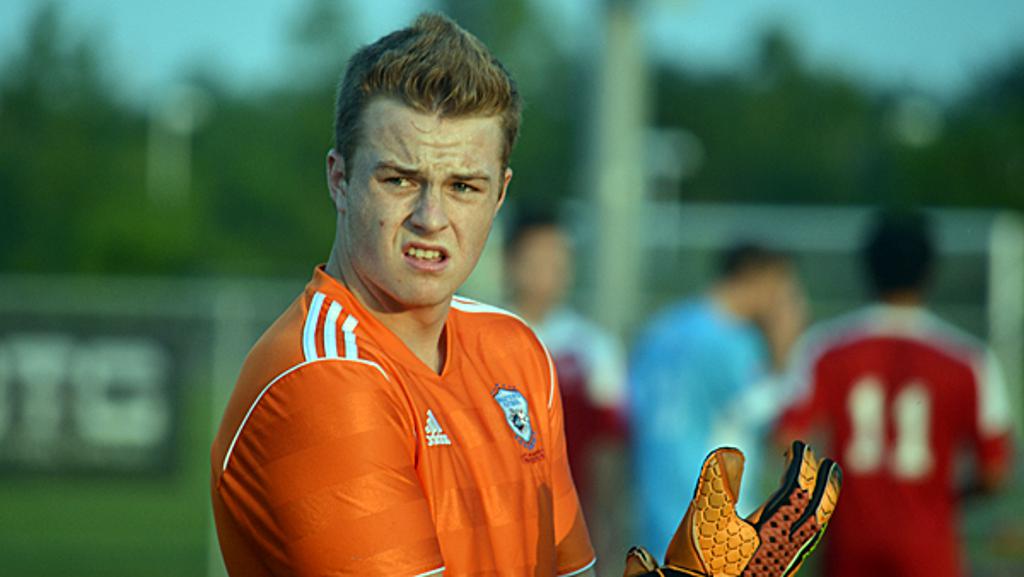 Though down 6-0 at the half, the visitors didn't ease up their attack, and continued to move the ball forward. Master's FA coach Junior Groves took a philosophical view of the game.

"A game like this, you just have the players do a gut check and look at yourself," said Master's FA coach Junior Groves. "We just try to divide the game into halves, and next half we'll try to go out and win that half." 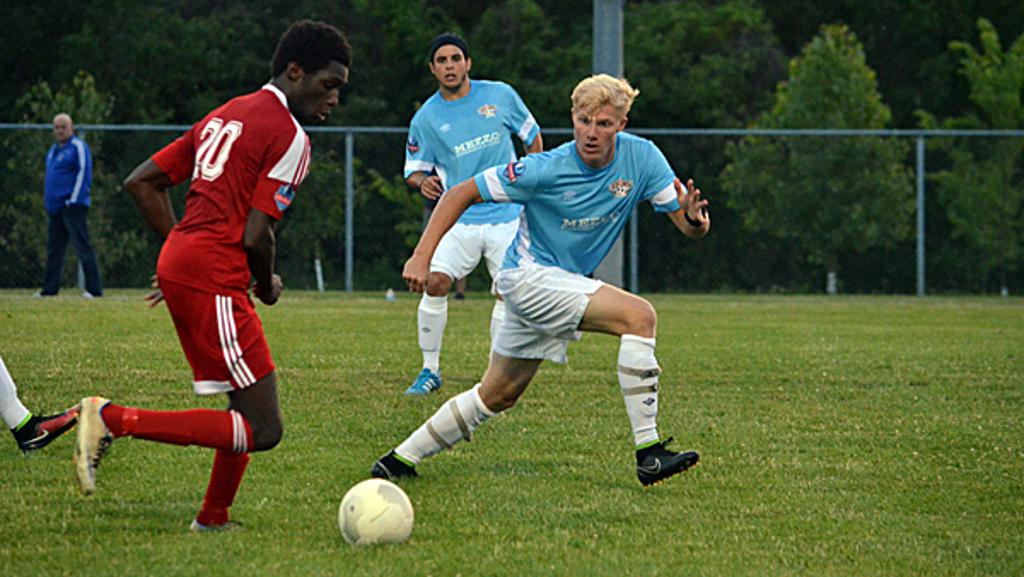 Windsor will now take the show on the road for the month of July, as they travel to Pickering to face Durham United on Friday July 10 - 8 p.m.

Master's FA will now return to the friendly confines of L'Amoreaux Park on July 6, hostingKingston Clippers in the L1 Cup - 6:30 p.m. kickoff. The Saints play at home again on Saturday July 11 vs. ANB Futbol, 9 p.m.