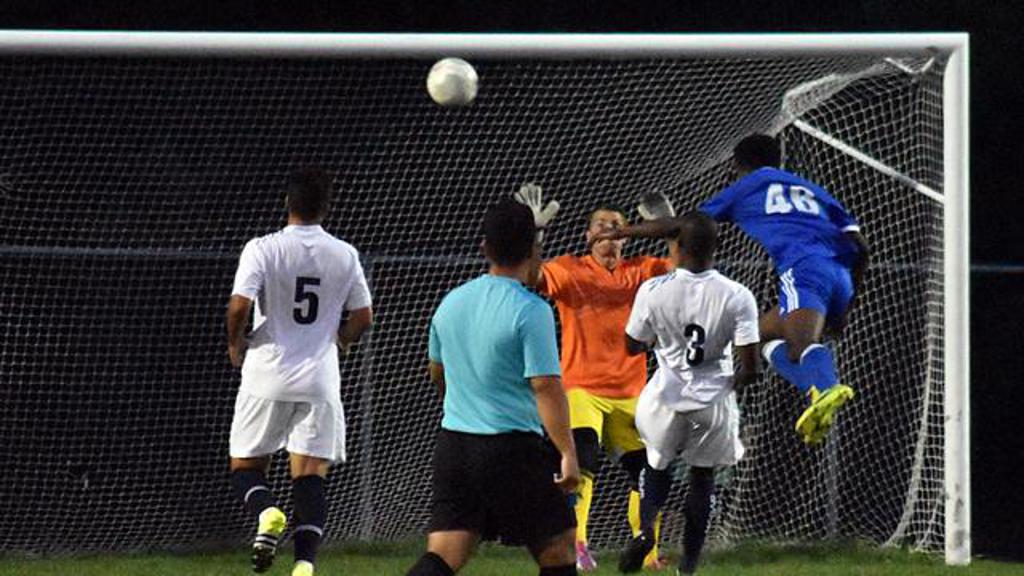 Friday evening, the Windsor Stars faced ANB Futbol, a side that had prevailed 4-2 in their first meeting in June. Following the departure of as many as eight first team players, Stars head coach Shane Topalovicstill had optimism for the outcome.

"I think we should be OK," Topalovic said before the match. "We're calling on some young talent to come up and they're helping a lot. And we're relying on the older guys to step it up."

Despite a long journey into deep southwestern Ontario, on a Labour Day weekend, ANB Futbol quickly found their legs in the ace of a determined Windsor squad. By the final whistle, the visitors had survived the trip by the score of 2-1. 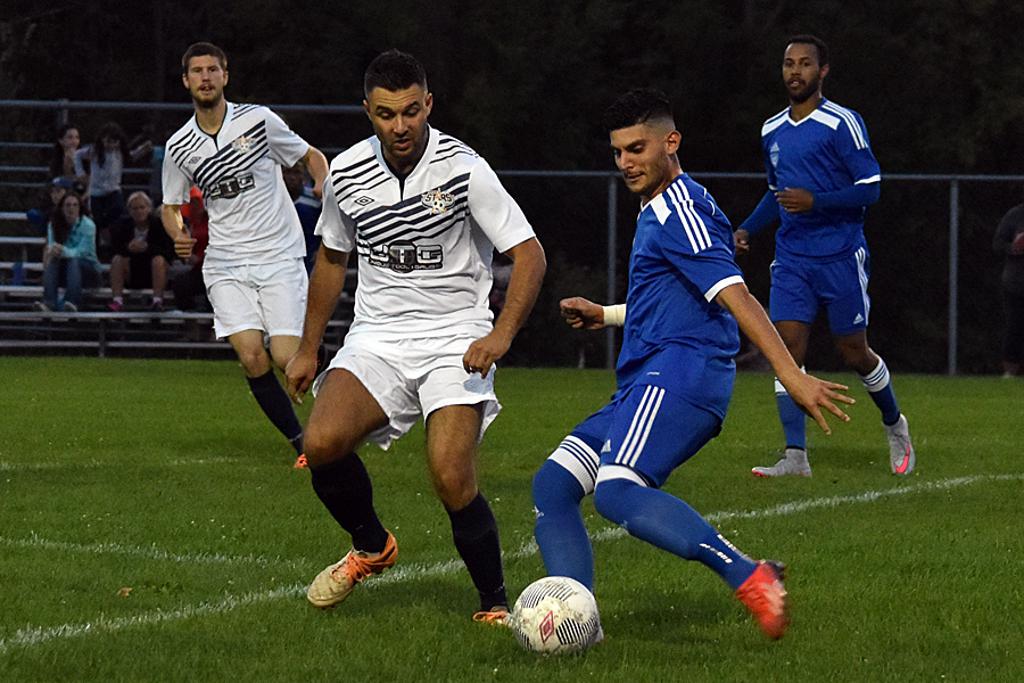 The two clubs spent the first eight minutes in the middle of the pitch until ANB sent a long ball into the Stars' zone and earned a corner kick. Futbol's Peters went high on the cross and found the back of the net with a strong header.

Windsor was determined to even the score and made numerous forays into the ANB box. A 16th minute corner kick was cleared away, then two Stars players managed to send the ball wide from inside six yards.

The movement forward exposed Windsor's defence and allowed ANB to penetrate for a second goal in the 24th minute. Then frustration set in and Windsor players were shown two yellow cards before the half hour mark. 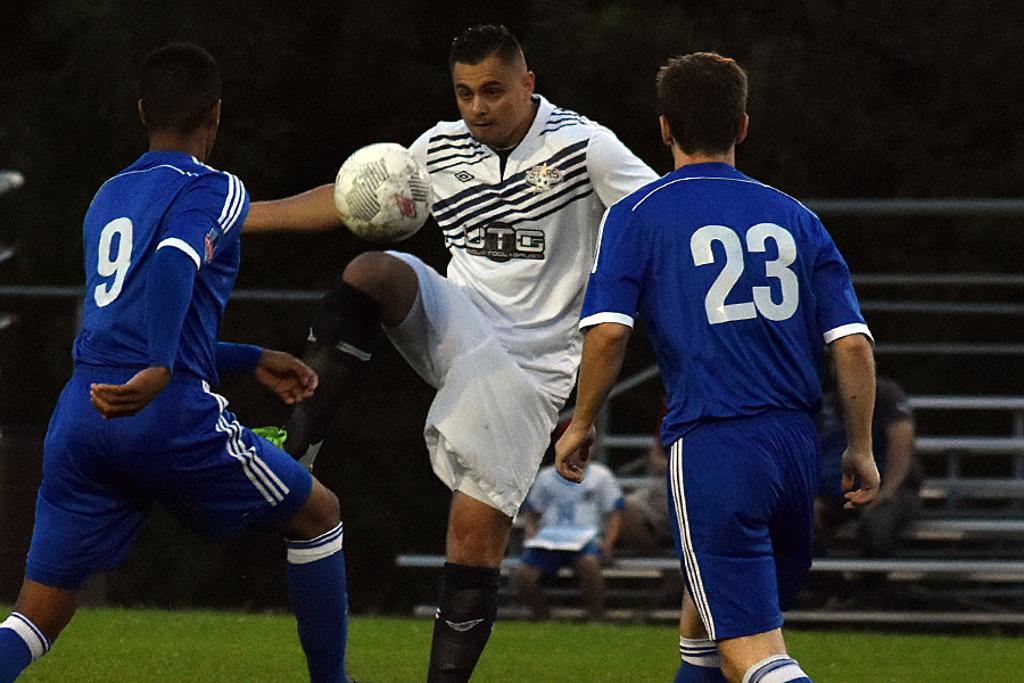 ANB and the Stars traded strikes and chances, forcing both keepers into acrobatic stops. At the break, however, the score remained 2-0 in favour of ANB Futbol.

Opening the second half, Windsor's captain, Stephen Ademolu, beat the ANB keep and ricocheted his rocket off the post. Futbol would then tighten up the midfield after the scare.

A hard tackle in the 63rd minute resulted in Goran Stjepanovic earning his second booking and an expulsion. Now down a man, Windsor pulled out the stops and threw their collective effort forward. 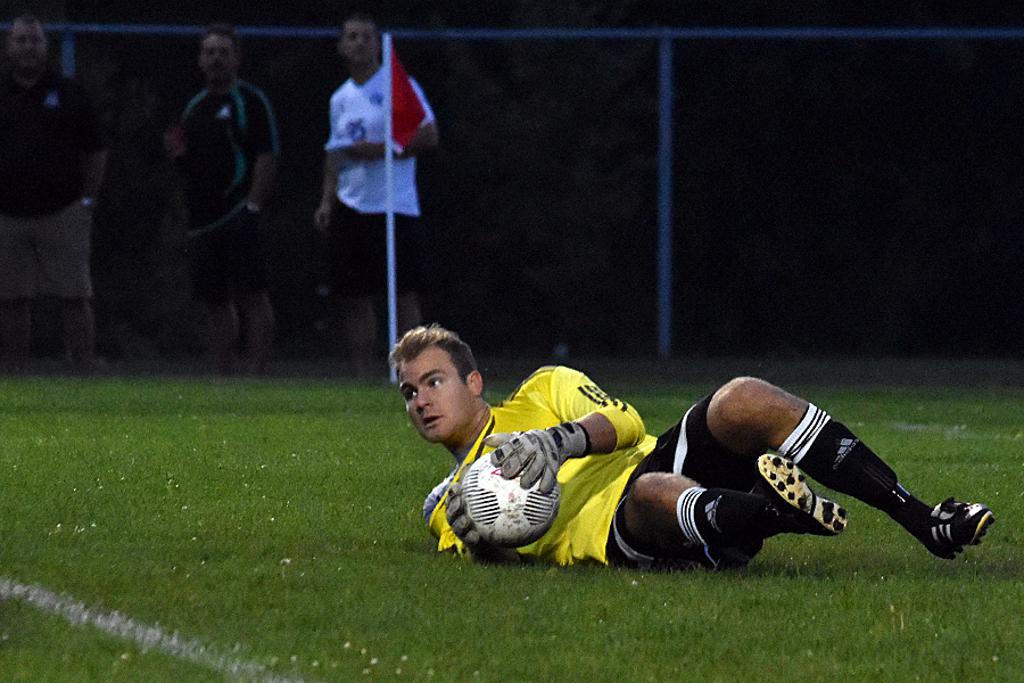 The constant pressure paid off when Ademolu found himself clear inside the six and he made no mistake getting Windsor on the score sheet in the 77th minute.

The Stars continued to push to draw even and had four more chances before the final whistle, including an ANB defender clearing the ball from the line in the 84th minute. However, after four minutes of stoppage time, the referee sounded the end of the match, and three points to ANB Futbol.

"We're lacking some motivation, I think," Topalovic said after the game. "We've lost so many players after the university (Windsor) and college (St Clair) have started up, we're now scrounging for players. We're looking under rocks for players." 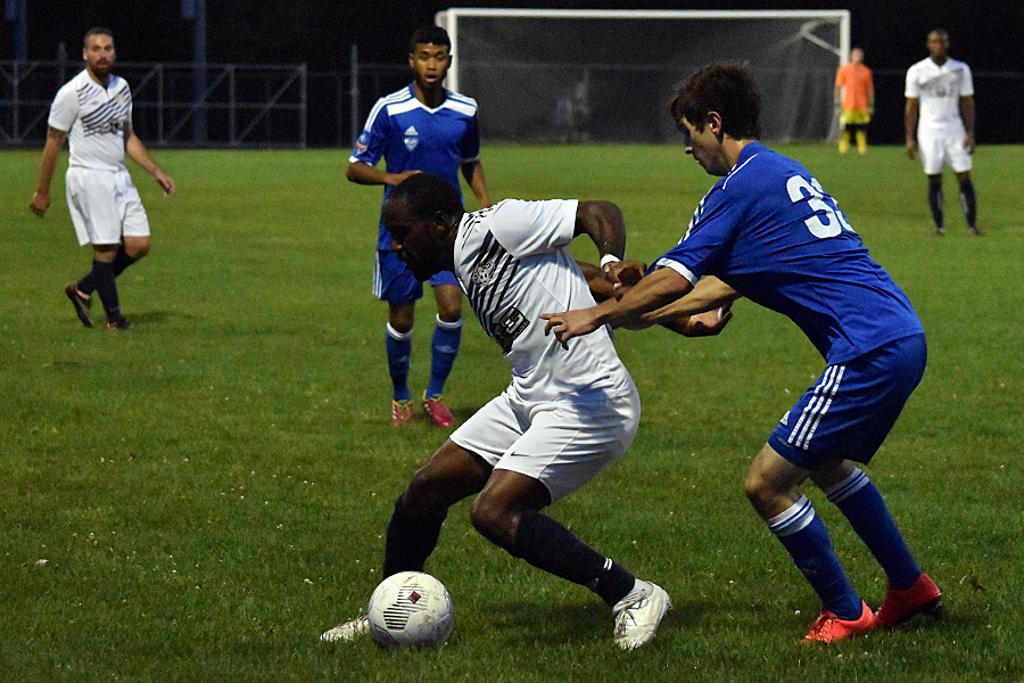 The Stars will now ready themselves to meet TFC Academy this coming Friday, September 11, at McHugh Soccer Complex in Windsor.

ANB Futbol will travel to Sheridan College, Oakville, to meet the Oakville Blue Devils on September 13.