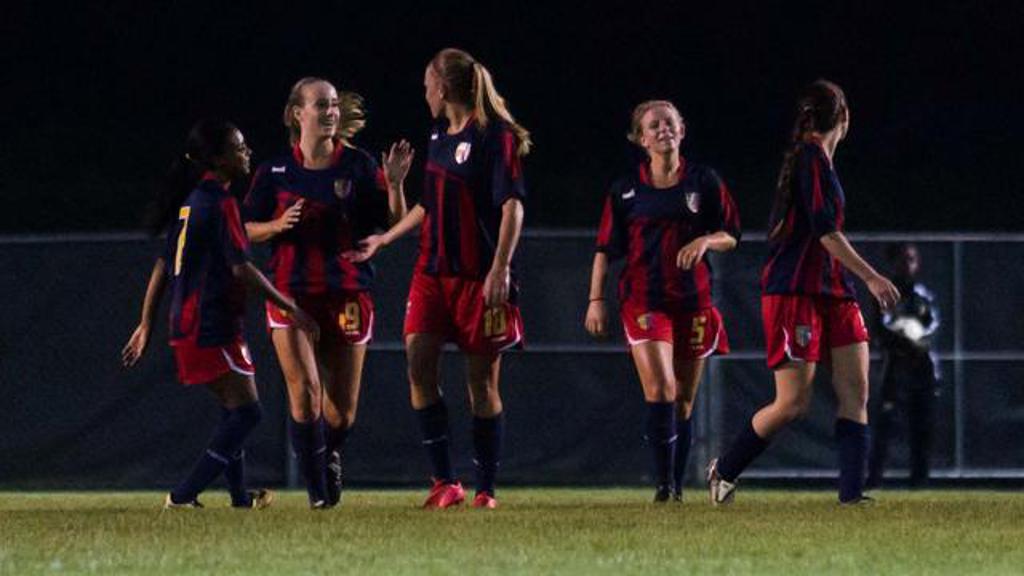 Sabrina McNeil (8') got Durham off to the right start inside ten minutes, while Sabrina McCartney (45', 68') added two more - one on either side of half-time - to make Durham comfortable 3-0 victors. Durham keeper Nora Abolins registered yet another clean sheet. 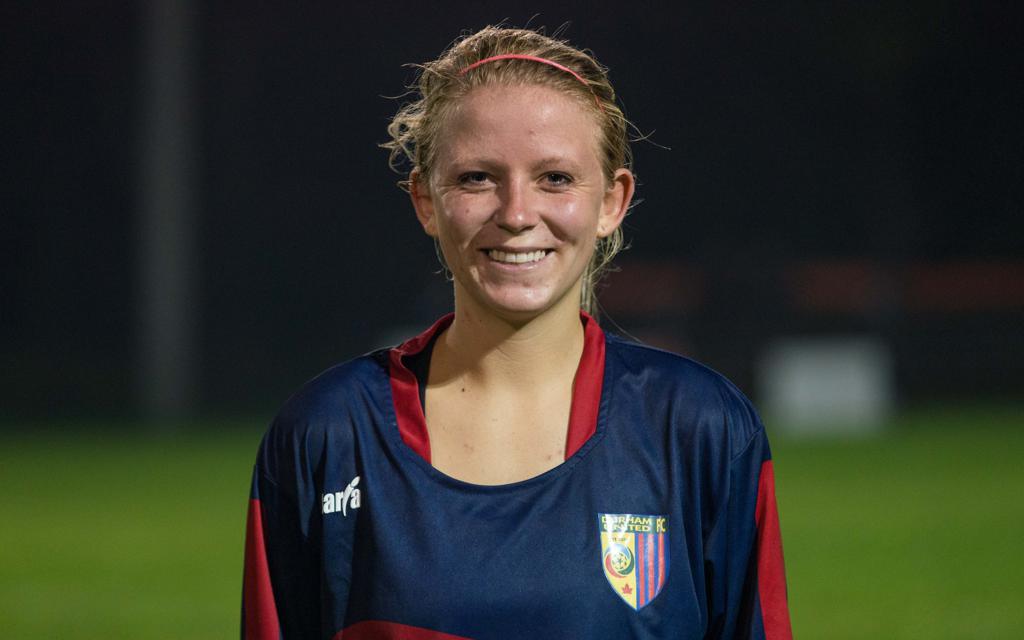 "We had several players that had an outstanding game," said Durham head coach, Tony La Ferrerra.

"Hollie Babut set up all three goals... Victoria McCartney scored twice and Sabrina McNiel played her first game, scoring her first goal and being a threat for the entire game."

"Geneva Winterink and Staci Torchia were steady in midfield, while Kayla Desouza was exceptional at the back," he added. 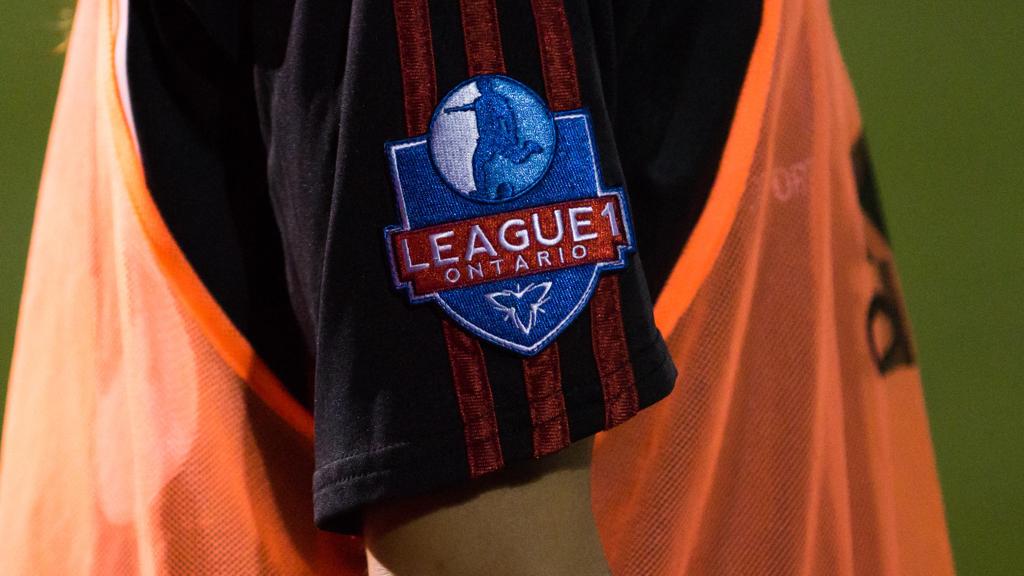 McNeil opened the scoring for DUFC after striker Hollie Babut dropped off the front into a central position, feeding the ball out wide for Durham's right winger, who bent an early cross over the defence and right onto McNeil's head. Panthers' keeper Claudia Rusu had no chance as the forward powerfully headed home from inside the six-yard box.

For the remainder of the half, Durham continued to move the ball well, focusing on getting balls wide, and back across the net. On several occasions, Durham forwards found themselves in alone, but just could not find the finish until McCartney's opener on the stroke of half came after North Miss could not clear their lines from a Durham corner.

North Mississauga's most dangerous player was the right-sided Stefany Santos, whose pace regularly troubled the Durham left flank and provided much-needed penetration into the Durham half, not least as the centre of the park appeared to be dominated by the black and yellow of Durham. Santos combined well with Oshay Lawes on occasion, but neither player got enough service to get the breakthrough goal for Panthers. 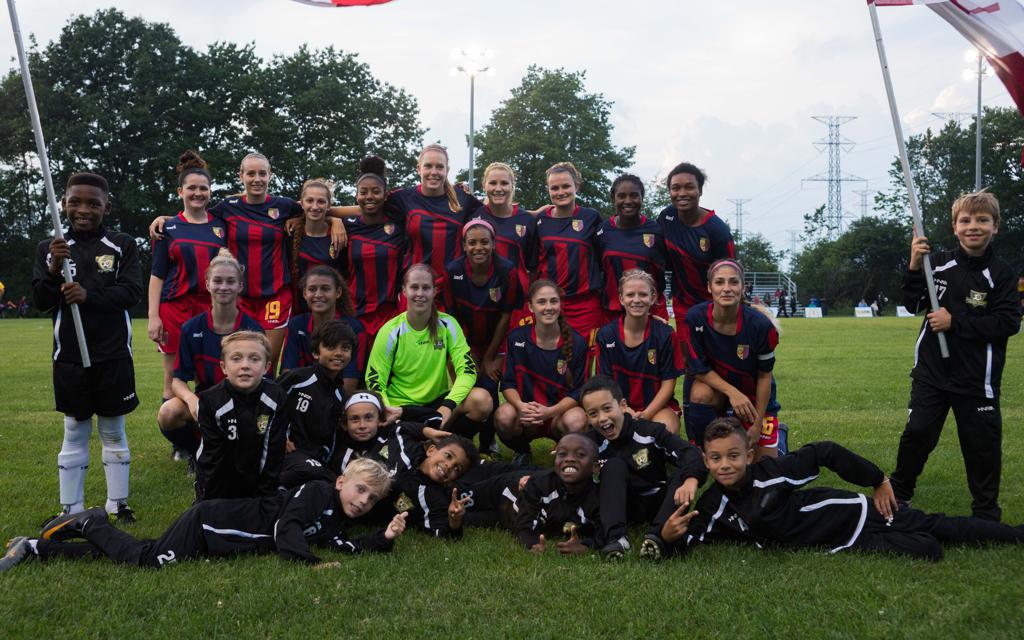 "This day, North Mississauga was outplayed," said North Mississauga assistant coach, Trevor Bertrand. "Durham was always first to the ball, and won all of the fifty-fifties. Durham also dominated the middle where we could not get anything going."

"We struggled, but with players just playing together for the first time this can be expected."

Unsurprisingly, the Panthers technical staff looked to the pair of Santos and Lawes to rescue the result in the second half. Santos moved to centre forward and Lawes to a wide left position, where she would pick up the ball and drift inside to run at Durham's defence. Yet Durham continued to dominate the centre areas - Geneva Winterink was particularly impressive - and the North Miss strikers were either starved of service or space to operate.

Instead, it would the Durham forwards that would find joy. In the 68th minute, right winger Jordan Gray would pick up the ball wide, feed the ever-present Hollie Babut at centre-forward, who once again turned quickly and slipped a sublime through ball for McCartney on a diagonal run behind the centre-backs. Panthers' keeper Rusu once again had no chance to stop a finish taken from inches in front of her.

North Mississauga Panthers get back to business on Saturday September 12 vs. Vaughan Azzurri at Hershey Centre, Mississauga - 4 p.m. kickoff.

Durham gets a break for matchweek 16, returning to the pitch on Friday September 18 vs. Sanjaxx Lions at Kinsmen Park, Pickering - 8 p.m. kickoff.