Oakville Ace Has Eyes On Gold 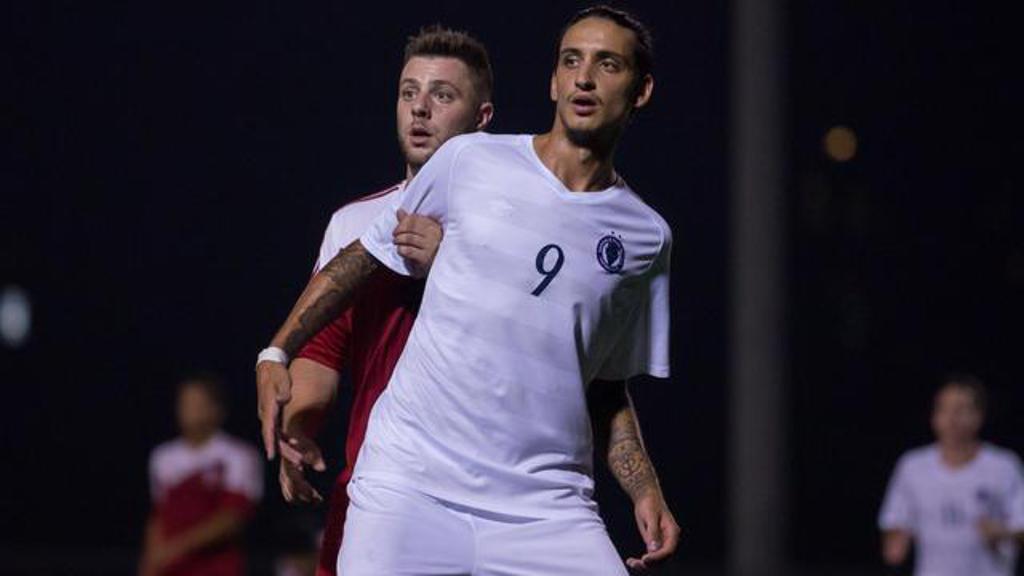 Oakville Ace Has Eyes On Gold

Oakville Blue Devils' head coach Duncan Wilde is used to seeing striker Felipe Vilela find the back of the net.

But it's starting to get a little ridiculous.

The Blue Devils barely had time to warm up last Saturday night at L'Amoreaux Park in Scarborough when Vilela was at it again, scoring in the very first minute of a 3-1 win for Oakville, as the first-place League1 Ontario club beat last-place Master’s FA Saints.

And just for good measure, Vilela notched the game's final goal of the night in the 73rd minute, and joined ANB's Adonijah Reid with 18 goals on the season at the top of theLeague1 2015 Golden Boot standings. 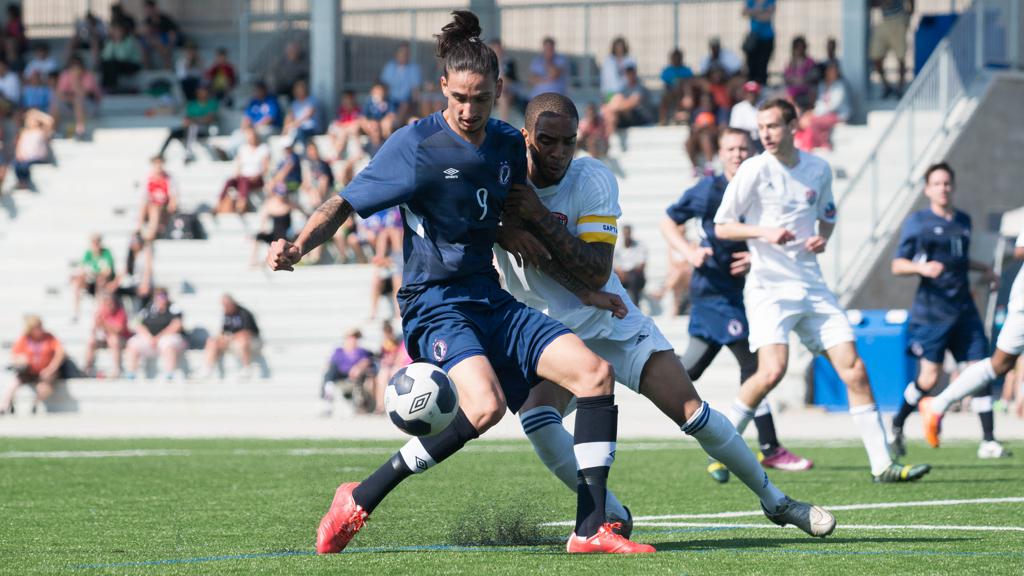 With only a handful of matches left in the league, the stage is set for the Sunday September 13 fixture between ANB and Oakville at Sheridan College, Oakville - 4 p.m. kickoff.

If Vilela keeps on scoring, he may well lead Oakville to a League1 regular-season title, which the Blue Devils will have within a hair's breadth if they win against ANB Futbol on Sunday. With ANB having its own striker supremo in Reid, whichever of the duo scores the most goals Sunday could be the difference-maker in more than just the Golden Boot race - it could go some distance to deciding the League1 champion. 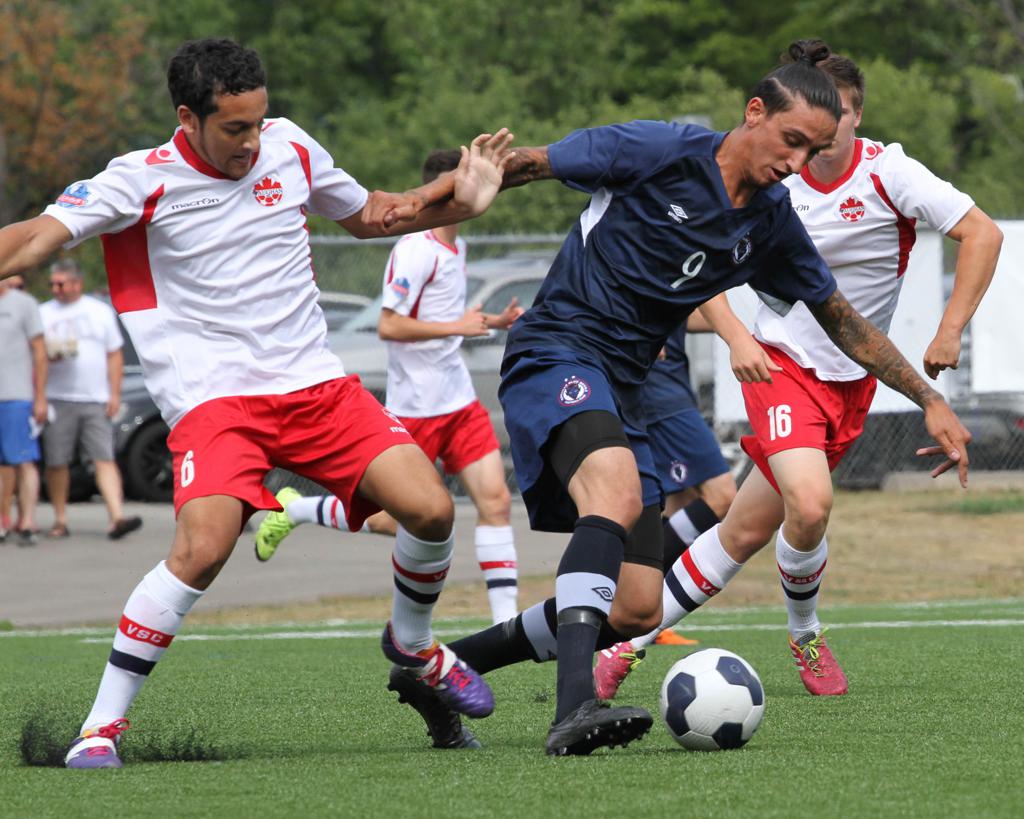 Vilela has been on fire, especially over the last few months when the goals have been coming in bunches. Wilde said the forward got off to a slow start with only one goal in his first four matches.

But the striker began to adapt to the Blue Devils' style, said Wilde, and he began to find the goal.

"He has an ability to anticipate what's going to happen around him, he's very aware of the play as it's developing, and he's got a good understanding of how we play our wide players," said the coach, explaining what qualities make Vilela such a dangerous attacker.

Wilde said Vilela plays as a lone striker that adapts well at the front on his own.

"Vilela likes it more when we play someone in behind him rather than when someone is beside him. He creates a lot of goals for himself. He's a very hard-working striker that causes a lot of turnovers, punishing the opposition, and he does have an eye for goal - there's no question about that." 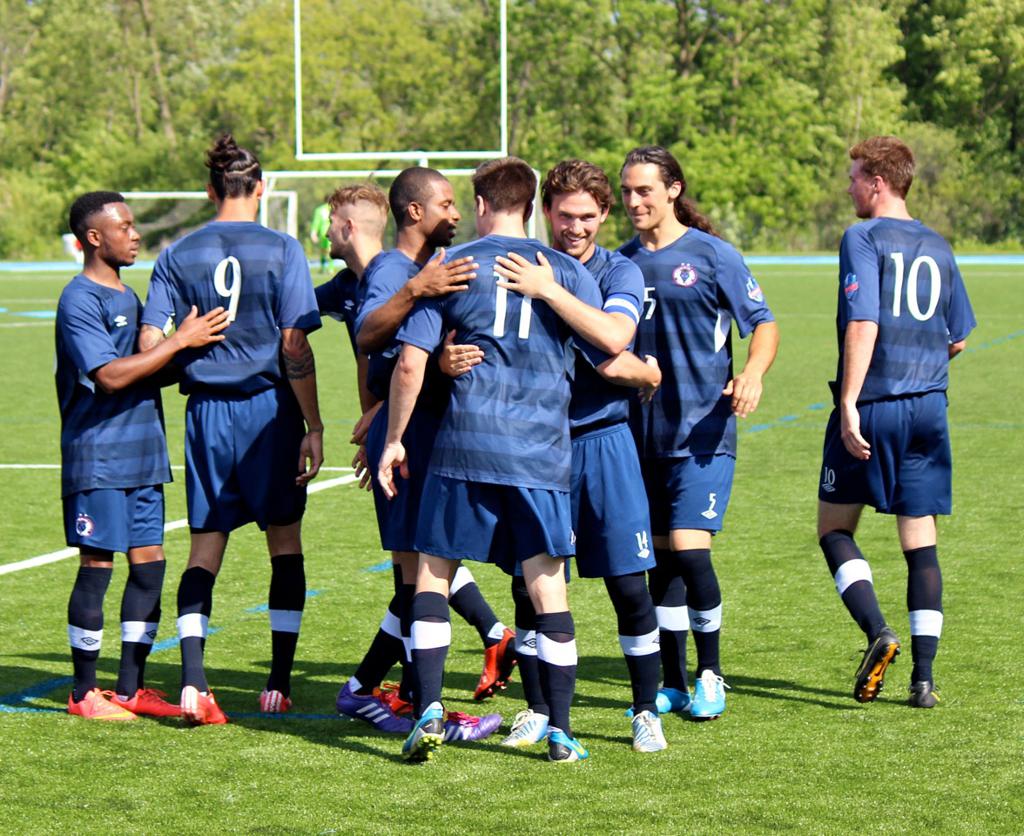 Vilela's 18 goals have come in all different ways. He has the ability to create his own goals, snags half-chances for goals, anticipates and pounces on natural goal-scoring opportunities to find the target, and hits first-time volleys accurately.

"Usually his efforts are on target, and that helps. When you do that, you get a better percentage return," said Wilde.

As many goals as he has scored this season, his coach actually believes he should have quite a few more.

"He's hit crossbars and posts, he could have had at least six more goals. And there were a couple of occasions where we played the lower teams and our team didn't respond well," said Wilde.

"But after I got to know him, and we got through the first month of the season, I knew he would challenge for leading goalscorer." 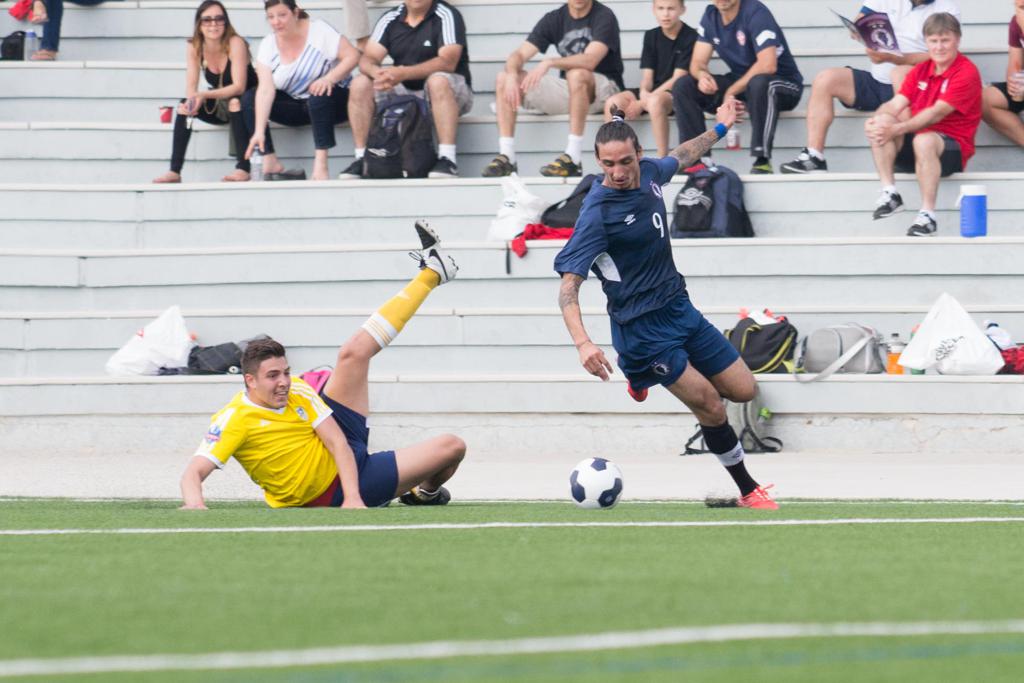 For Wilde, Vilela's makeup is part of what really helps him.

"You have got to have a high level of confidence in yourself and he's got that," he said.

It also doesn’t hurt that Vilela has made Wilde's job easy too.

"He's an easy boy to coach. He never misses training and he's a natural striker so once he started to put the ball in the net, the goals have just kept coming very quickly for him."