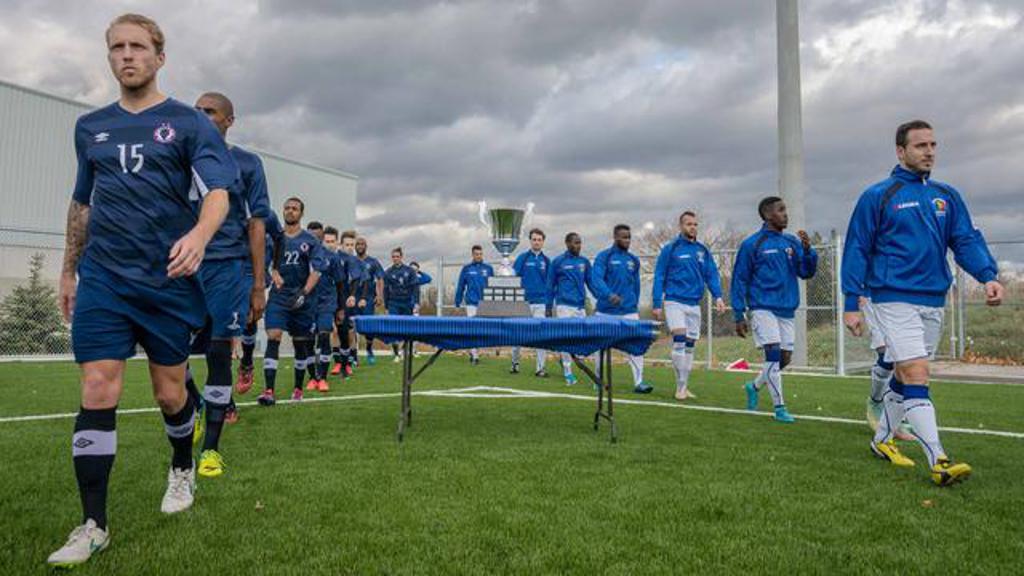 A physical affair, the opening leg of the Inter-Provincial Cup between League1 Ontario’s Oakville Blue Devils and the Premiere Ligue de Soccer Quebec’s CS Mont-Royal Outremont showcased some of the best soccer this country has to offer with no shortage of passion from both sides.

Oakville would get things going early after some good work in the corner in the 4th minute shook the ball loose in a dangerous area.

Tyler Wason got on to the end of a clever cross into the box and made no mistake to give Oakville a 1-0 lead in the early going. 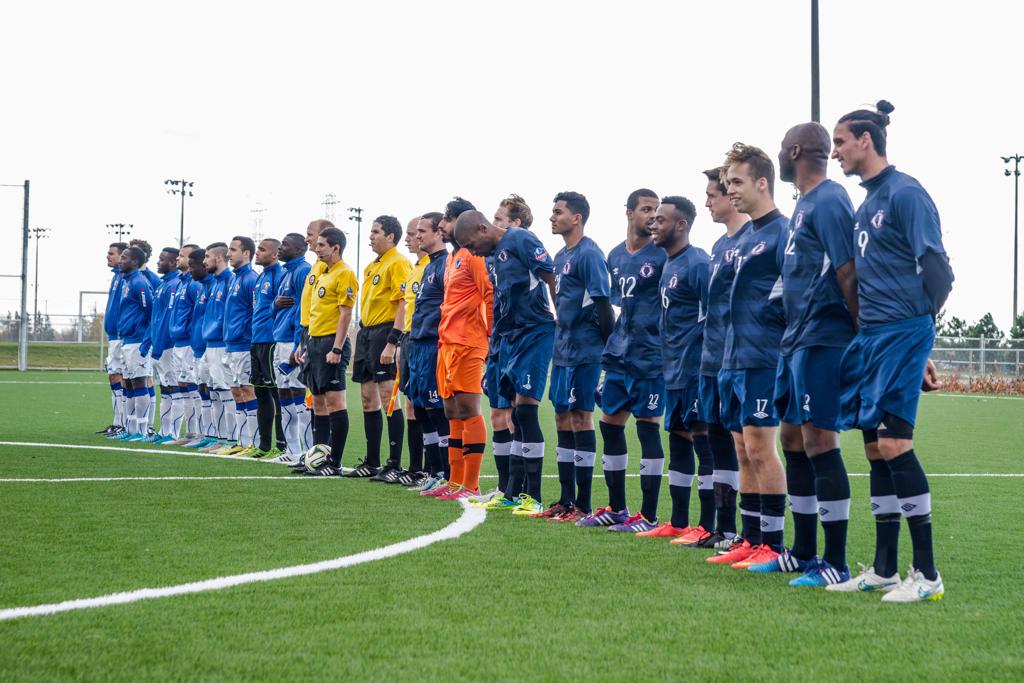 CS Mont-Royal Outremont would look to answer quickly. Just minutes later, on a play very similar to Oakville's, Mont-Royal got on the end of a cross but was in an offside position when they converted.

They would get their equalizer in the 20th minute though, when Armel Dagrou scored on his first opportunity of the game making it 1-1.

Following the goal, CS Mont-Royal would continue to press and Oakville would find themselves back on their heels until the 36th minute.

Solid defending by Oakville kept it locked at 1-1 when some fantastic individual work by Wason, against the run of play, would find himself in on net to give Oakville the lead at 2-1.

"After half-time the focus was just to keep playing the way we were playing, and try and keep the ball on the ground," said Duncan Wilde. "Our through balls to the front men were working out well, and we thought we could have been 3-0 up.

"The message at that time was just to keep gameplan. We were the home side and was our responsibility to attack and win, which has been our philosophy all season." 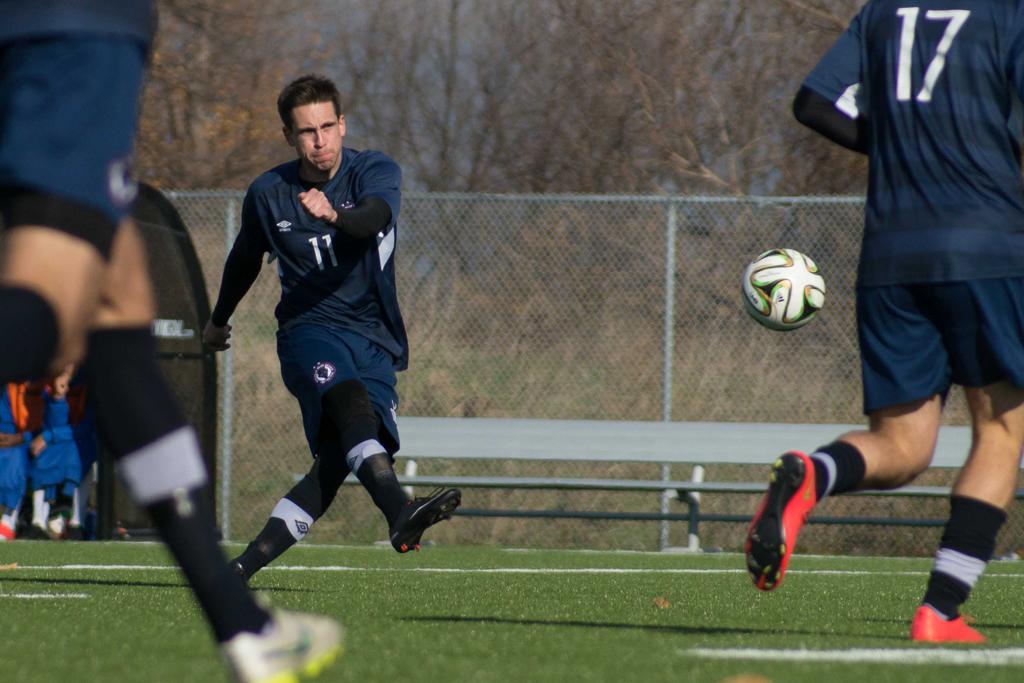 It would stay that way until the second half when Khody Ellis broke down the right wing. Showcasing his blazing speed, Ellis would beat two defenders and then get a final touch on the ball to push it past the Mont-Royal goalie to make it 3-1 Oakville.

"With three forwards, we really needed to stretch them and Khody's pace certainly helped with that," said Wilde. "With Filipe Vilela attracting defensive attention at centre-forward, it really opened up space for Tyler Wason and Khody Ellis."

Oakville goalie Karman Saini preserved that lead in the 87th minute when Mont-Royal had a wide open opportunity from inside the 18 yard box.

That would be enough as the game would end 3-1 for Oakville after the first leg. 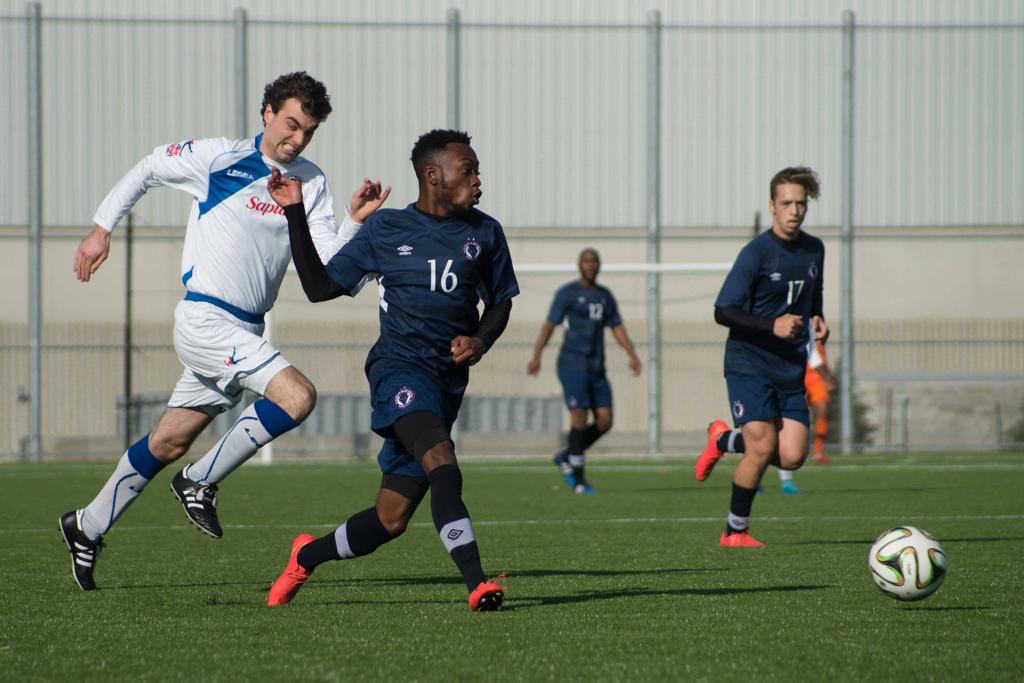 "Despite a decent first half, at the beginning of the second half our group was flat," said CS Mont-Royal Outremont Griffons head coach, Luc Brutus. "We will analyze this period and prepare accordingly for the second leg. We know that when we get back to Montreal that we will be prepared, and we will have some key players back in our lineup."

In the head to head format, where away goals are weighted, the third goal could prove to be a crucial one for Oakville, giving them some space heading into the return leg in Quebec on Nov. 14.

For more on the game and the return leg in Quebec check out League1Ontario.ca and PLSQ.ca.

A select gallery of photos from the match is available here. 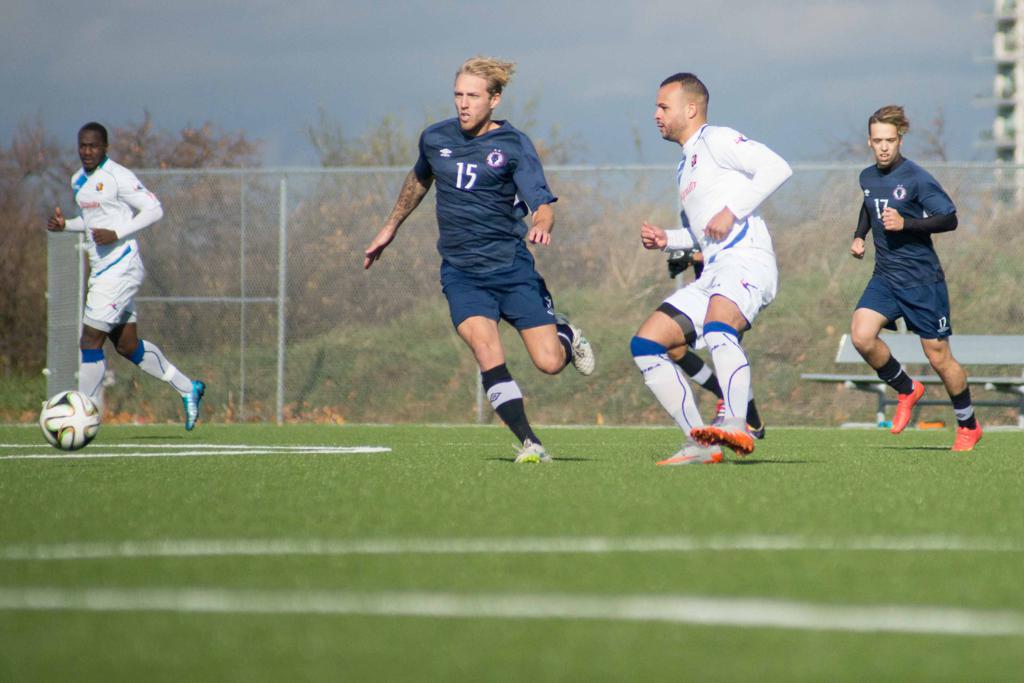