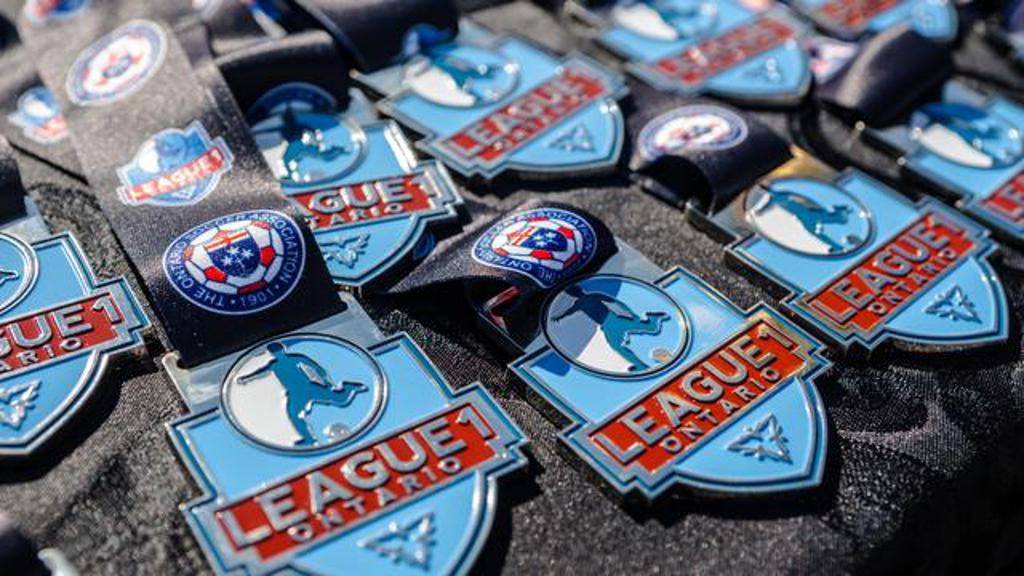 As part of the League 1 review of the 2015 season, we checked with the coaches of each of the teams and asked them to highlight the accomplishments of two or three of their top senior players (ie. players that left midway through the season for university and higher levels and/ or represent the senior end of a team's respective roster).

All comments are from the coach or technical director of the team they played for.

Midfielder Cat Rogers is a first-team all-star and captain of the team. She has a lot of experience in international soccer having represented Jamaica at youth levels and then received a full scholarship to Ohio University from which she recently graduated.

Cat is an inspiration to the younger players, a workhorse who gives 100 per cent effort, is very good technically, recognizes when to hold the ball, when to pass and when to shoot. She is a true pleasure to watch play.

Striker Courtney Evans, a freshman at Miami of Ohio, saw substantial minutes in the first few months. She is one of the fittest players and one of the most technically able players on the ANB women's team.

Goalkeeper Taylor Taffo, a freshman at Delta State University, started her first game at the school and completed it with a shutout win. She was named the school's athlete of the week. 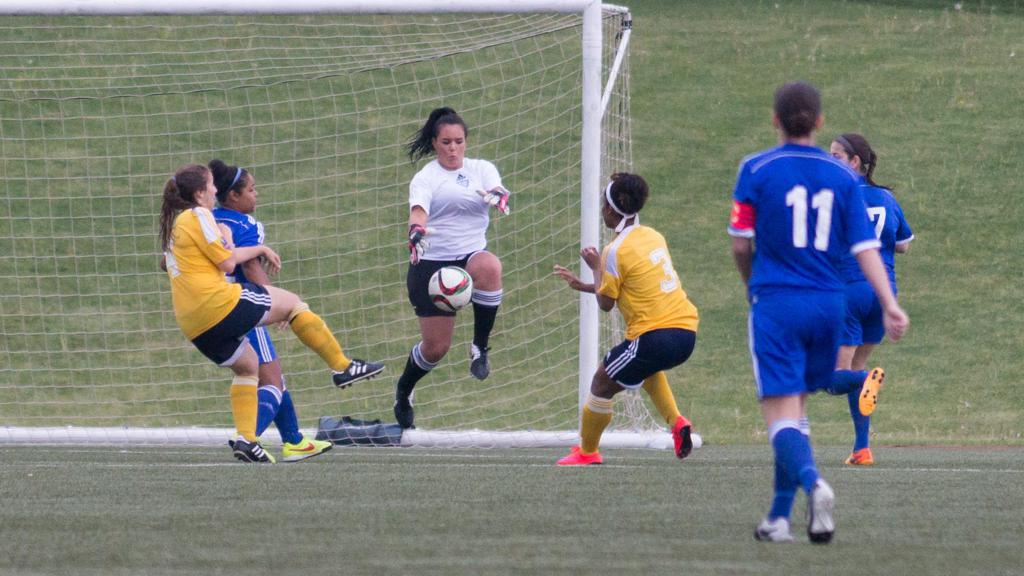 Nora Abolins is definitely the best GK in this League. She always made the key saves to keep us in the games. A very committed and passionate player. Loves to train and play.

Kayla DeSouza and Briana Desouza play in the back, and both are always calm and composed when they have the ball. Players trust them. They make everybody else better. 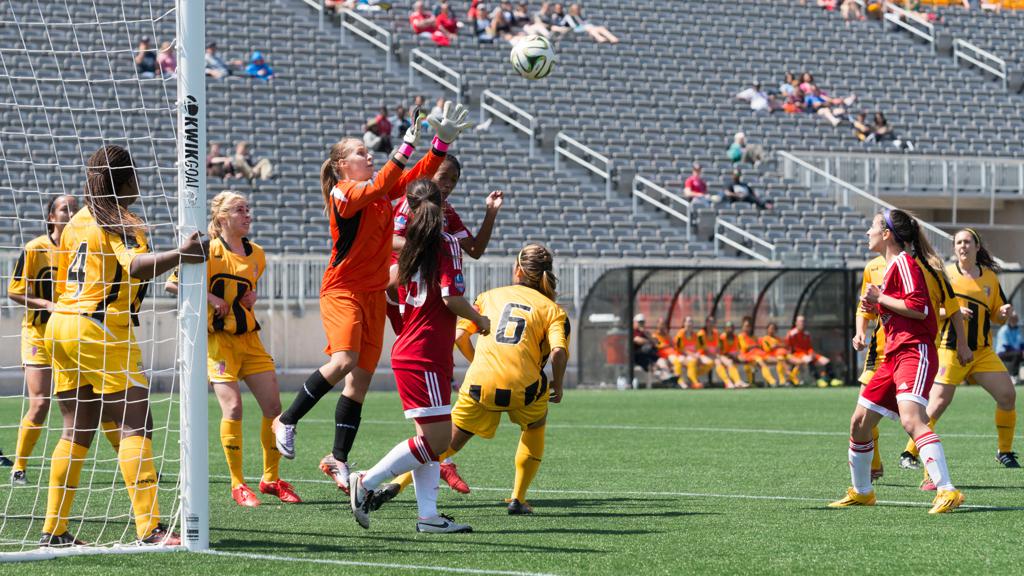 Kira Bertrand is a dominant center back, strong on the ground and in the air. Possesses great speed and makes good powerful runs up the middle. The team's captain and leader. Presently assistant coach at South‎ Western State University.

Oshay Lawes is a striker who players both as a centre forward and winger. Oshay is undoubtedly the fastest striker in the league with blinding speed that has caused opposing defenders lots of stress.

Krista Cellucci is a power striker who runs at defenders, creating panic. She played pro in Italy for one season. Krista scored the winning goal in the L1 cup final. 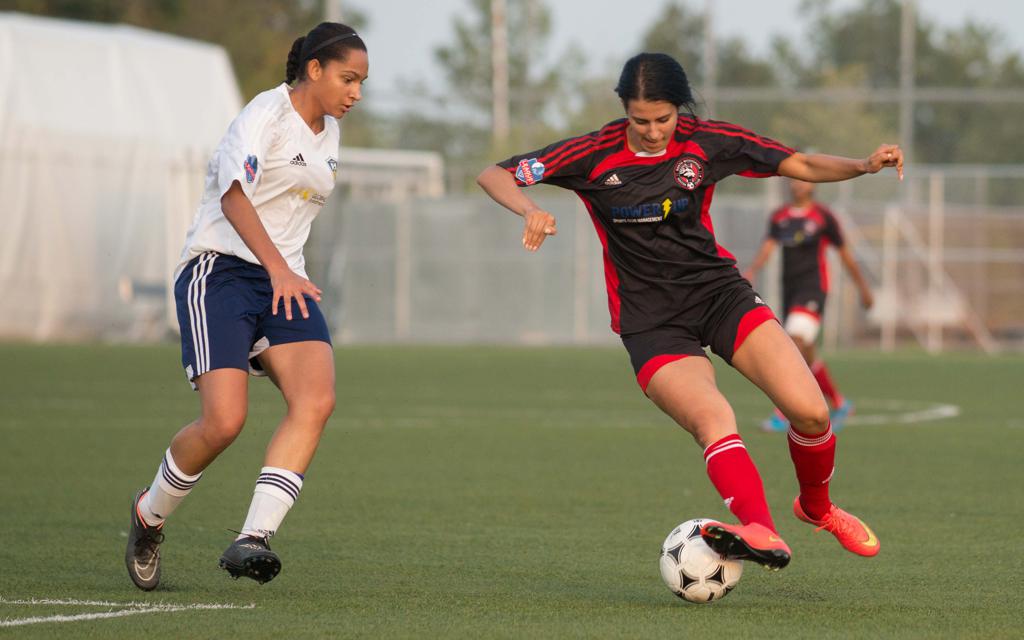 Martina Loncar, Nadia Pestel and Sami Falkenstein were the three players that performed outstandingly game in and game out for the first half of the season.

Both Loncar and Pestel left for their US universities in early August and Falkenstein (only 15 year old!) continued to play all games and step up throughout the balance of the season. 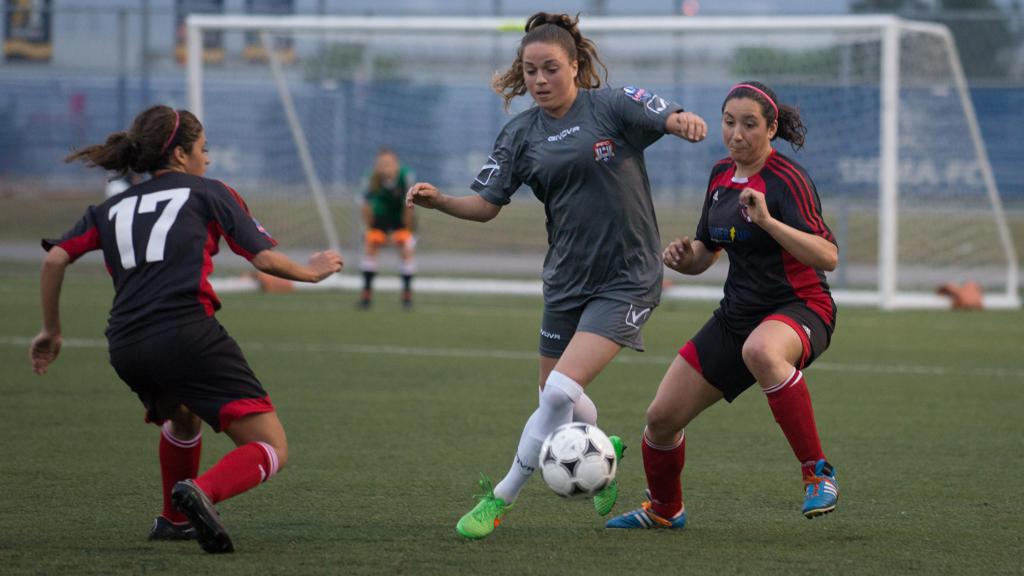 Emily Belton, who has gone off to McMaster University, has competed for Sanjaxx in both the U21 and League1 levels and never missed a beat. Emily is like the street cop who shows up and is determined to complete a shift. She is always polite, punctual, and does her best. Emily is a very talented defender who can play anywhere across the back four and even as a midfielder. She received honourable mention in the League1 mid-season all-stars selection. She is a true team player. 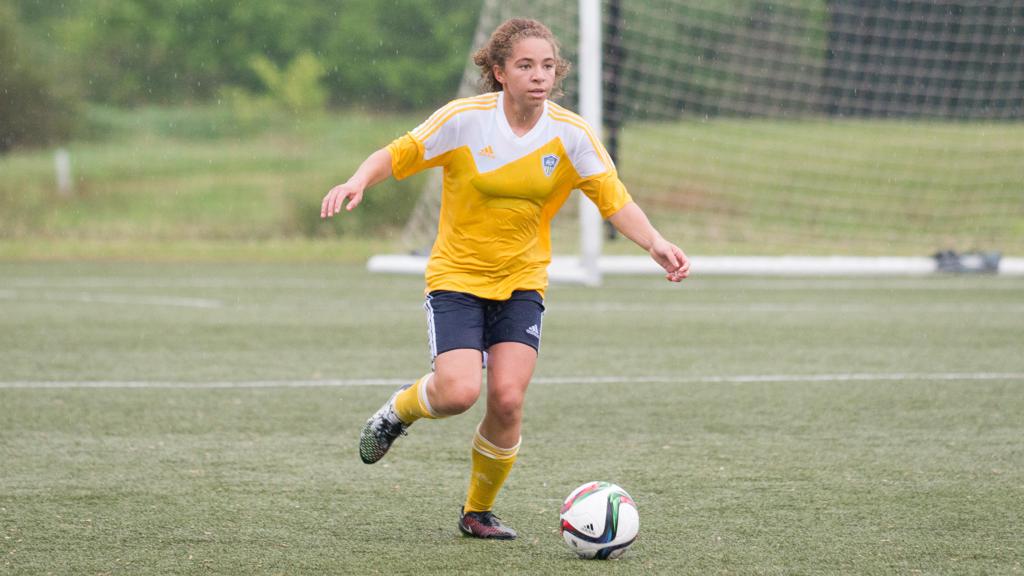 Nadya Gill was among the league's leading scorers with eight goals until she had to go away to school. The 1998-born player has gone off to Quinnipiac University in Connecticut where she will further her education and soccer career. 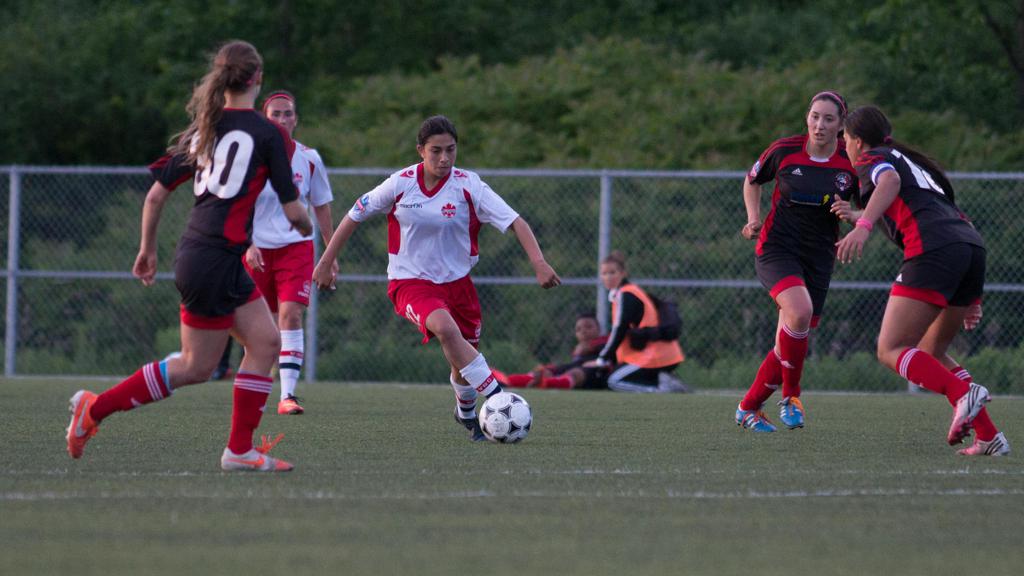 Woodbridge Strikers coach Joe Parolini couldn't narrow his choice down to one or two and so chose several.

Alyscha Mottershead is an attacking midfielder, one of the three main players on the team in terms of leadership and composure. She has a tonne of experience and is a University of Syracuse graduate. Her leadership both on and off the field during training and games is almost like having an assistant coach.

"This team was built for scholarships. We travelled to 20 universities. There is not a chance that anyone can outrun Megan Conte if the ball is played long. Megan is one of the fastest players around, can run like the wind, can hit a 60-yard ball, and can dribble." 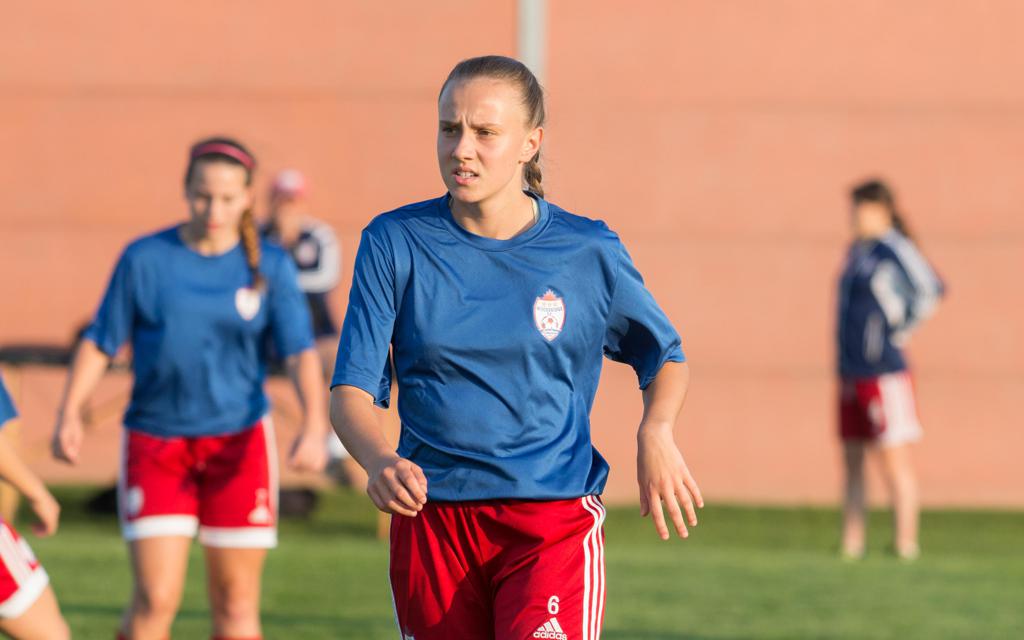