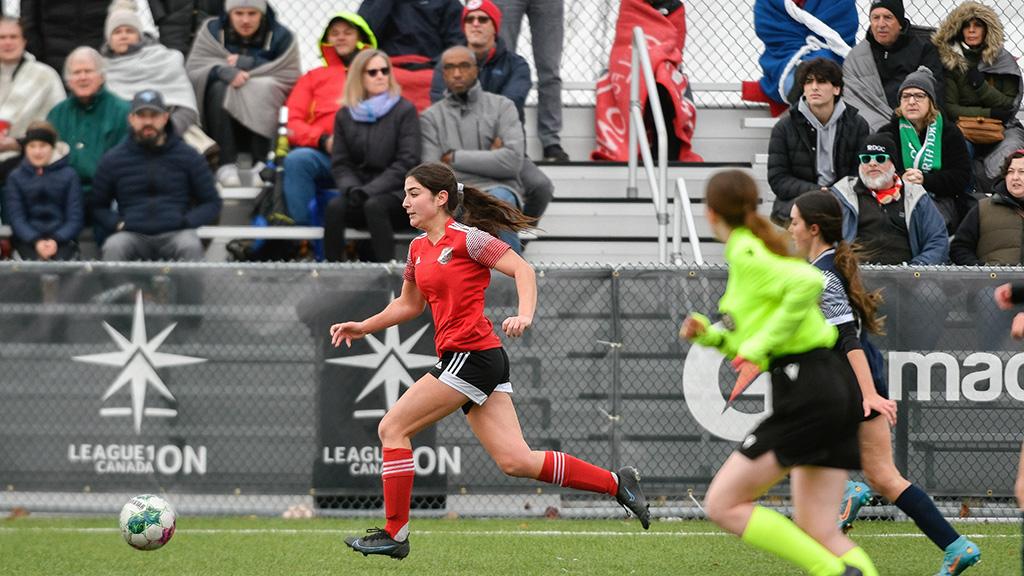 North Toronto Nitros are the 2022 Women’s Reserve Fall Division champions after they beat Tecumseh on penalties in the final L1O game of the year.

After a goalless 90 minutes, the title went down to spot-kicks with Nitros scoring four to Tecumseh’s two at Ontario Soccer Centre.

It had already been an end-to-end encounter, with the North Toronto side having the better of the chances. Tecumseh had goalkeeper Scotlyn Fick to thank when she reacted quickly to deny Kiyomi McClausland’s close-range effort just before the hour mark.

The final battle was a fitting head-to-head between the two best teams in the table. The Nitros finished top with seven wins from nine games, with their final opponents mustering six wins and sitting just a point behind.

The Nitros then defeated Simcoe County Rovers 5-1 in their playoff semifinal, before Tecumseh edged past Cambridge by a solitary goal to book their place in the trophy game.

The Women’s Reserve Fall Division was the final L1O competition of 2022, with the Premier Divisions returning in the spring of 2023.