The playoffs are locked in amid an eventful final round of Men’s Premier Division fixtures. 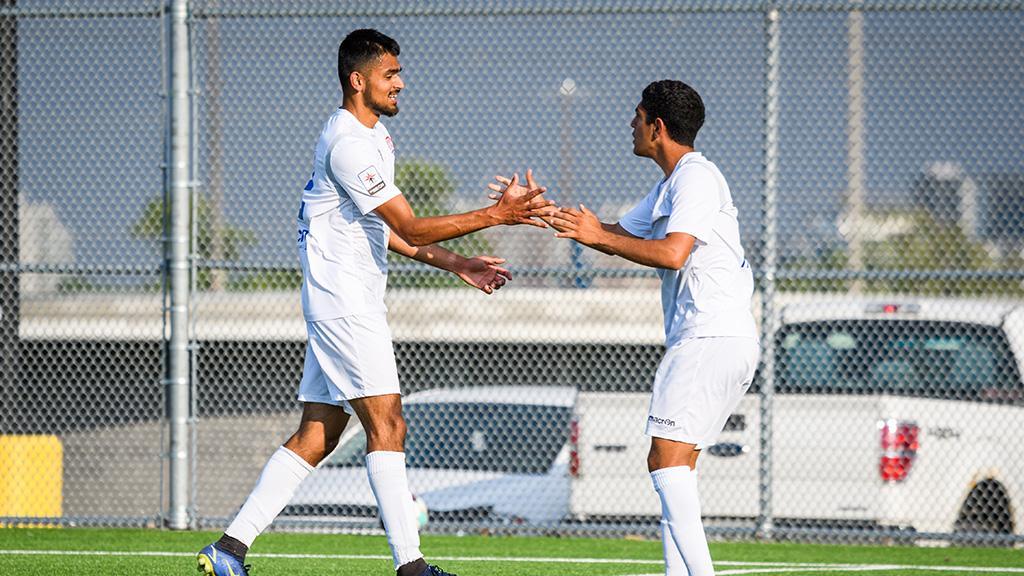 North Toronto Nitros lost to Darby on Friday after LeRohne Young scored a later winner. The Nitros had already secured their playoff spot and Darby ensured they finished 2022 with three wins on the bounce.

ProStars then needed to win on Sunday to secure their postseason place, and they did it in the most dramatic fashion. After ProStars went 4-1 up with a Faris Ammari notching two goals and two assists, Burlington netted in the 89th and 90th minutes to pile the pressure on the visitors.

But ProStars held on through a nervy five minutes of added time to finish in the top six, meaning Guelph United narrowly missed out on the postseason.

Blue Devils’ win against Sigma means they will receive a bye to the playoff semifinals along with Vaughan Azzurri, who finished their 2022 regular season unbeaten after they defeated Woodbridge Strikers 5-2 on Sunday. The Azzurri look like the favourites heading into the upcoming knockouts. 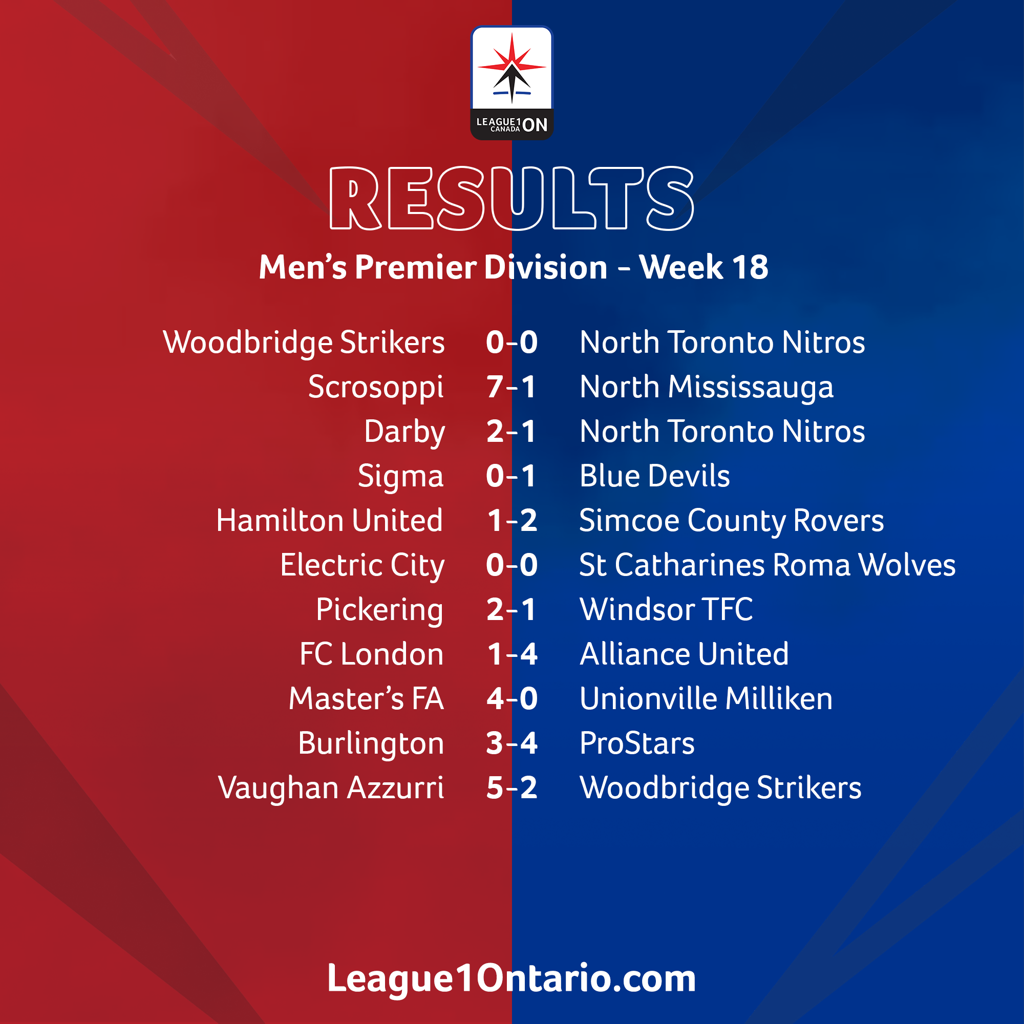 Scrosoppi won big on their final game of the season, defeating North Mississauga 7-1 and scoring all seven goals in 35 second-half minutes with Ijah Halley netted a double.

Master’s FA bagged their third win of the campaign on Saturday by defeating Unionville Milliken 4-0 with four different scorers. Pickering also finished the regular season in winning form as they sealed three points against Windsor TFC.

The playoff quarterfinals are taking place in midweek with Alliance United hosting ProStars and Simcoe County Rovers visiting North Toronto Nitros, before Vaughan Azzurri and Blue Devils join the fray in the final-four stage at the weekend.

There is also one final game in the Men’s Premier Division on Saturday as Master’s FA host Burlington.