This weekend will be drama aplenty as teams bid for the final playoff places. 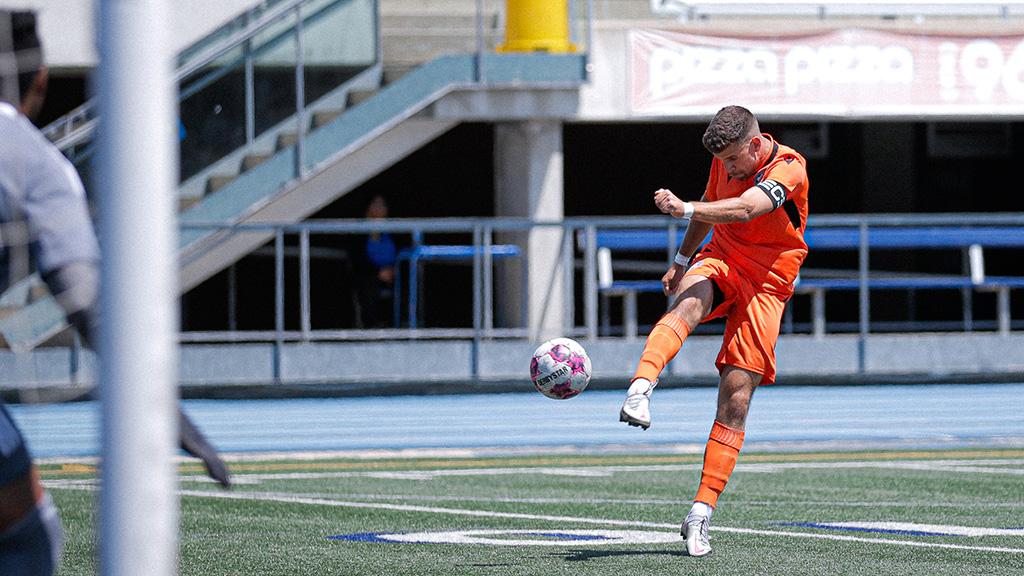 It’s the final round of fixtures in the Men’s Premier Division this weekend, with three playoff places still up for grabs by four potential teams.

Vaughan Azzurri, Blue Devils, and North Toronto Nitros have now all confirmed their spots – the latter drew against Woodbridge Strikers on Wednesday. Alliance United, Guelph United, Simcoe County Rovers, and ProStars are still in the mix with one team set to miss out.

Guelph’s regular season has finished, meaning they will need to hope that Burlington and Hamilton United can pick up points against ProStars and Simcoe respectively.

Simcoe beat Pickering last time out and will need to be in fine form to stop current Men’s Premier Division top scorer Miles Green from hampering their postseason ambitions; this is the last chance for the Hamilton striker to improve his tally of 22 goals this campaign.

ProStars will need to bounce back from a heartwrenching loss at St Catharines Roma Wolves last week if they are to confirm a top-six finish.

Meanwhile, a point for Alliance will confirm their place in the playoffs as they currently sit behind Guelph on total wins – the first factor in deciding a tiebreak finish. 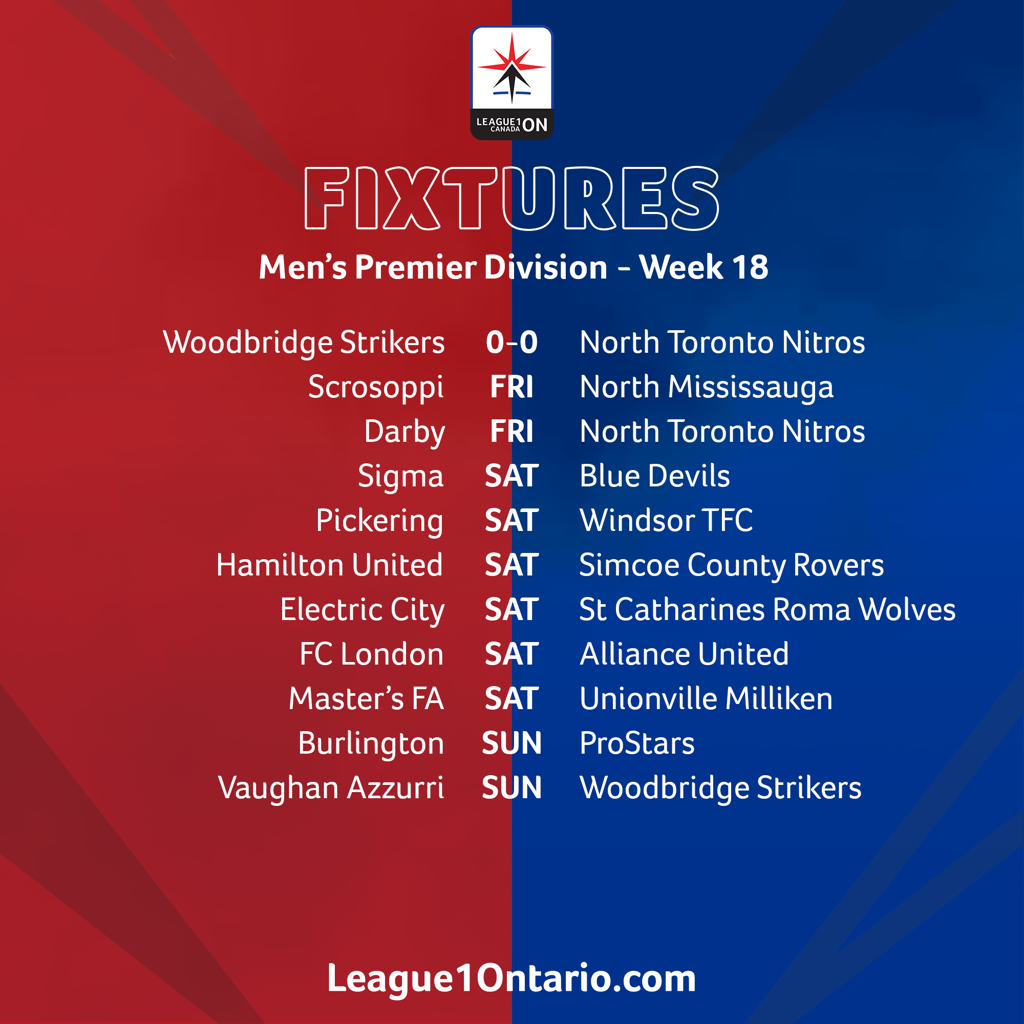 Drawing to a close

Darby have the best defensive record in the bottom half, conceding 28 goals this season, with Woodbridge and Sigma being two of the best teams outside of the playoff mix. Scrosoppi face North Mississauga on Friday night in their season finale.

St Catharines Roma Wolves, meanwhile, have picked up seven points from their last three games and visit Electric City in their final game of 2022, aiming to round off the campaign in style.

Windsor TFC – who sit in 18th place – will leapfrog Pickering if they defeat the Durham-based side this weekend, and a win for Master’s FA would guarantee they finish above bottom side FC London.

Master’s FA are also in action again next weekend, taking on Burlington in the final game of the 2022 Men’s Premier Division regular season.