The Women’s Inter-Provincial Championship had a little bit of everything; here’s our wrap-up on a successful tournament. 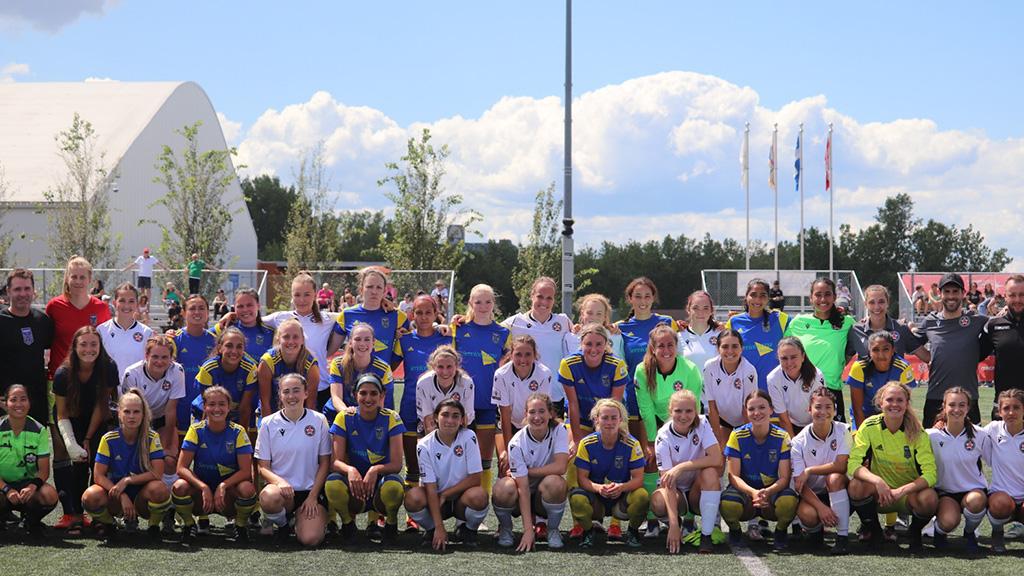 The inaugural Women’s Inter-Provincial Championship saw AS Blainville crowned as champions, but there were plenty of winners in a weekend that marked groundbreaking progress in the women’s game.

Blainville’s Megane Sauve was the Most Valuable Player in both of her side’s games en route to the title.

She helped her teammates see out a 2-0 victory in the semifinal against Varsity from League1 BC, after Claudia Asselin doubled a lead created by Alexie Bellerose’s screamer in the first two minutes of the game. Sauve then scored the first of three Blainville goals in the final against PLSQ rivals AS Laval.

Laval’s goalkeeper Kelly Cantin shone at the semifinal stage by stepping up in the penalty shootout against League1 Ontario’s Alliance United, being a commanding presence between the sticks as well as scoring from the spot herself to help her side through to the trophy game.

Chelsea Cheung and Miranda Badovinac of Alliance linked up beautifully to score the first goal of the tournament, and the former found the net in the Bronze Medal match to kickstart her side’s impressive comeback against Varsity after going two goals down.

That third-place game ended with Alliance winning on penalties; their goalkeeper Gurleen Toor made a crucial save in the shootout and was named as the game’s MVP. 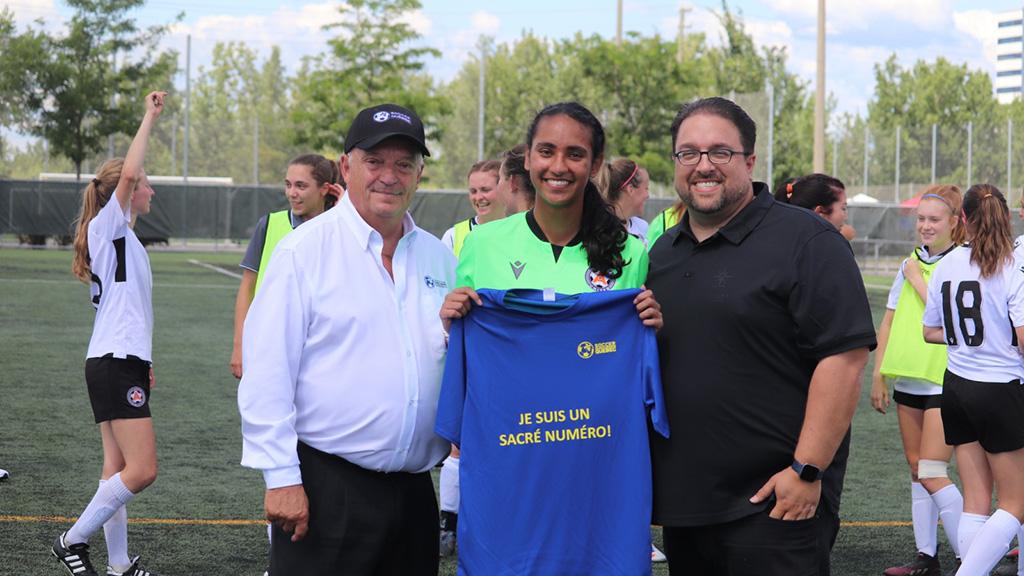 All four games were played to a high level and with intensity to match, resulting in a positive showcase for women’s soccer in Canada.

The championship was aired in Canada, the United Kingdom, Ireland, Mexico and the Caribbean, providing great exposure to our League1 Canada women’s players.

Lots of people took Twitter to share their thoughts on the tournament. Please head over to league1canada.ca to see the highlights from social media. 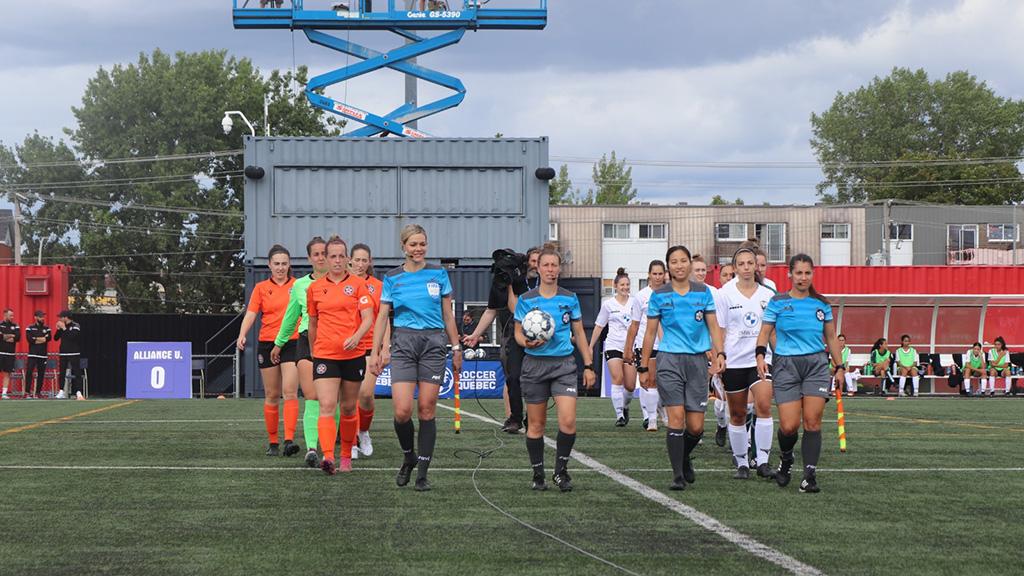 League1 Ontario players Nadya Gill and Jessica Lisi were crucial members of OneSoccer’s broadcasts across the weekend, providing match analysis and building their own profiles in the game.

Gill scored 17 goals in 17 appearances for North Mississauga this season in the L1O Women’s Premier Division, with Lisi just behind her on 14 regular-season goals for a Woodbridge Strikers side that made it to the playoffs.

Reflecting on the tournament while on OneSoccer, Lisi said: “It’s awesome, it shows the talent that we have here in Canada and it really puts us on the map.

“I know on the men’s side there’s also fantastic players, so it’s a great step forward for Canada soccer in general.”

Championship-winning captain Sauve added: “It’s an opportunity for players to showcase their talent. Before that there was no opportunity to go on OneSoccer or live television.

“It’s more than [being about] us and gives an opportunity to younger players to try and get to this league. Now they can say ‘I have an opportunity here to be able to continue and play’.” 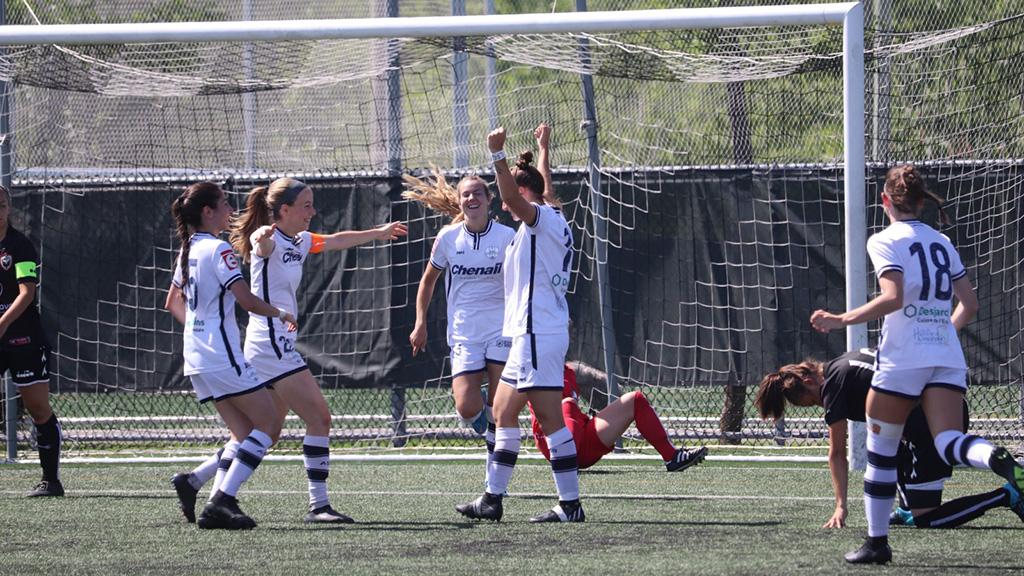 League1 Canada off the mark

This was the first event staged by League1 Canada after it was introduced to the soccer landscape five months ago, uniting L1O, L1BC and PLSQ under one countrywide umbrella.

Dino Rossi, League1 Canada President, said: “The event was a big success; the quality of play on the field was very high and Blainville winning the title was justified over the two days – they were the strongest side.

“There were great goals and high-level coverage, and fans were the highlight in bringing the energy and lifting the sides. Could there be a professional women’s league in the future? Absolutely. 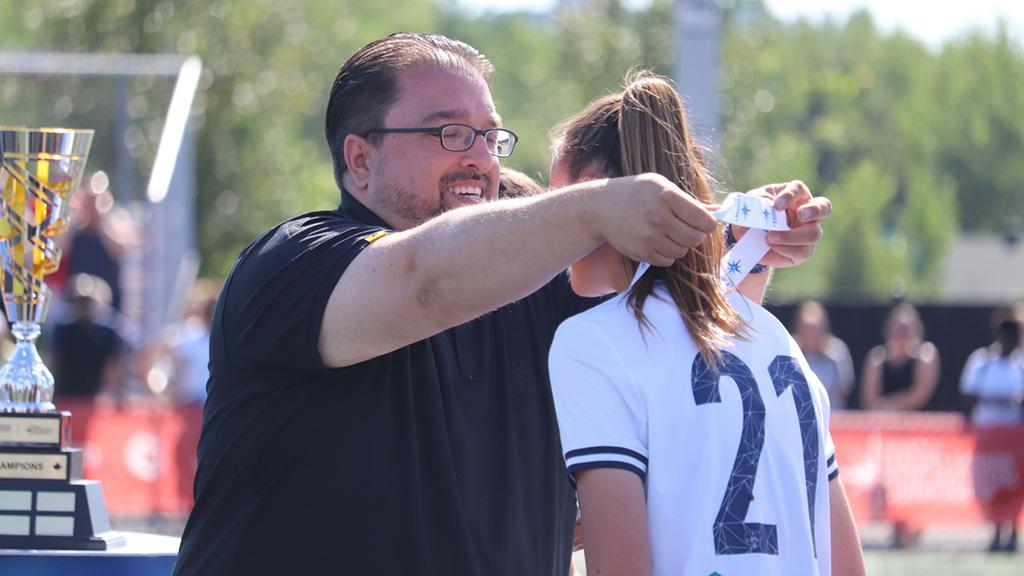 The men’s regular seasons in League1 Ontario and PLSQ are edging closer to their exciting conclusions. If you enjoyed the Inter-Provincial Championship, why not support the men’s teams as they look to finish 2022 on a high.