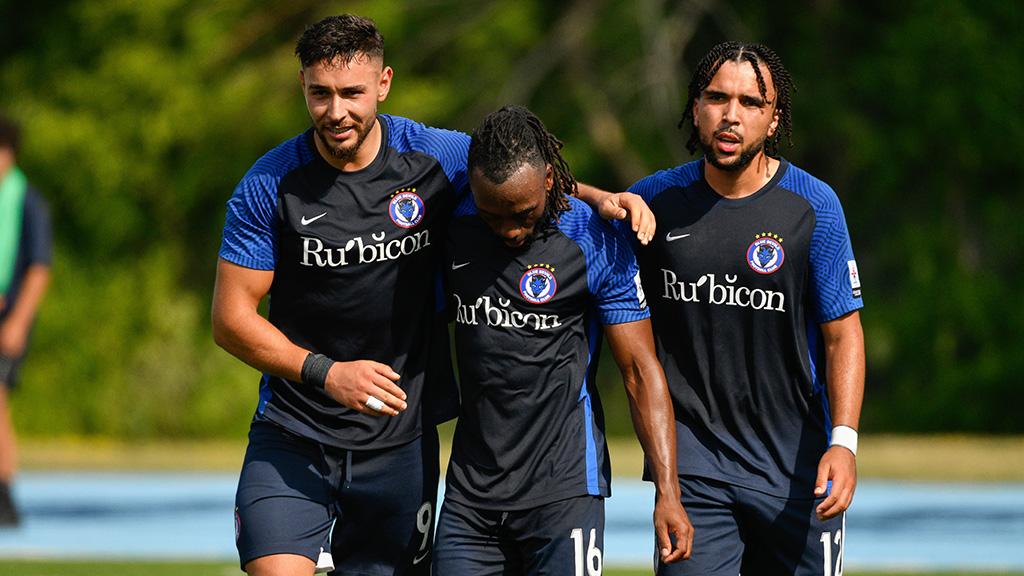 ProStars had not lost since June 14, winning nine games on the bounce to position themselves firmly in the playoff race in the Men’s Premier Division, and showed no signs of letting go of their fine form.

That was until they travelled to St Catharines Roma Wolves. The hosts led 2-1 at the hour mark before Alexander Zis drew ProStars level 20 minutes later, but Conrad Czarnecki scored a winner for the Roma Wolves with just a minute of regulation time left on the clock.

The loss saw ProStars drop out of the top six, one point behind Simcoe County Rovers who defeated Pickering 2-0 to climb back into the playoff spots.

Had Guelph United defeated Darby on Friday, they would have clinched a playoff spot themselves. But a resolute 2-0 victory from the visiting side means Guelph have it all to do in the final weekend.

Alliance United took a step closer to the postseason with a 1-0 win against North Mississauga, and so too did North Toronto Nitros who beat Burlington 2-0.

Second-placed Blue Devils guaranteed an extension to their season with a 4-0 victory against Unionville Milliken, which included a hat-trick from Kyle Porter. They sit on 44 points and where they finish in the top six could change in the final gameweek.

Vaughan Azzurri put down another performance that showed why they are seven points ahead at the top of the table and favourites for silverware. They didn’t hold back against BVB IA Waterloo, winning 7-2 with Kosi Nwafornso and Massimo Ferrin both scoring three times.

Mid-table teams Woodbridge Strikers and Hamilton United both won 2-1 at the weekend, against Sigma and Master’s FA respectively.

Week 17 isn’t quite over with the Azzurri hosting Hamilton United on Tuesday, as the league leaders aim to go 10 points clear from Blue Devils and increase their superiority heading into the postseason.