There’s still plenty to play for in the Men’s Premier Division as the regular season edges another week closer to its conclusion. 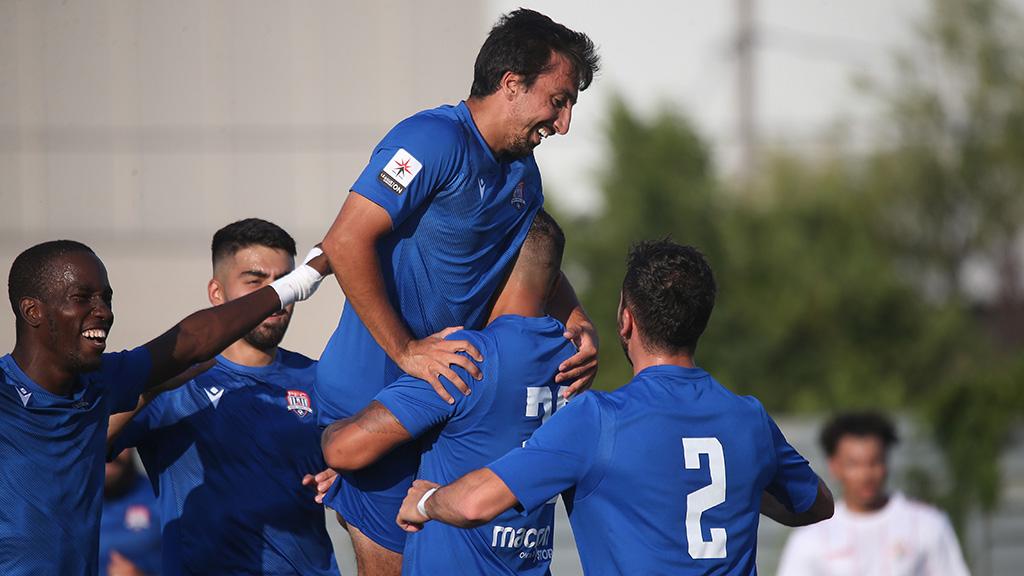 While the Women’s Premier Division is firmly in playoff action, the men’s teams still have four gameweeks to finish their regular season on a high, starting with this weekend.

Division leaders Vaughan Azzurri head to North Mississauga on Friday intent on extending their unbeaten run, while their hosts are still searching for their first points in July.

You can expect ProStars will be making a late charge towards the top two and go into their game against Scrosoppi four points adrift of second place. They have won their last seven games on the bounce, but will have to watch out for Scrosoppi’s Jevontae Layne who has found the back of the net 11 times this season including in his side’s last match.

Playoff hopefuls Guelph United are away to Windsor TFC and know any slip-up would see them drop out of the top six if Alliance United defeat Burlington, who scored five in their last fixture.

There’s a huge match on Saturday between North Toronto Nitros and Simcoe County Rovers; the teams sitting third and fourth respectively and tied on 36 points. A defeat for either team could be costly in their hopes to break into the top two.

Blue Devils currently find themselves in second place. They travel to mid-table Woodbridge Strikers in our final men’s match of the weekend. 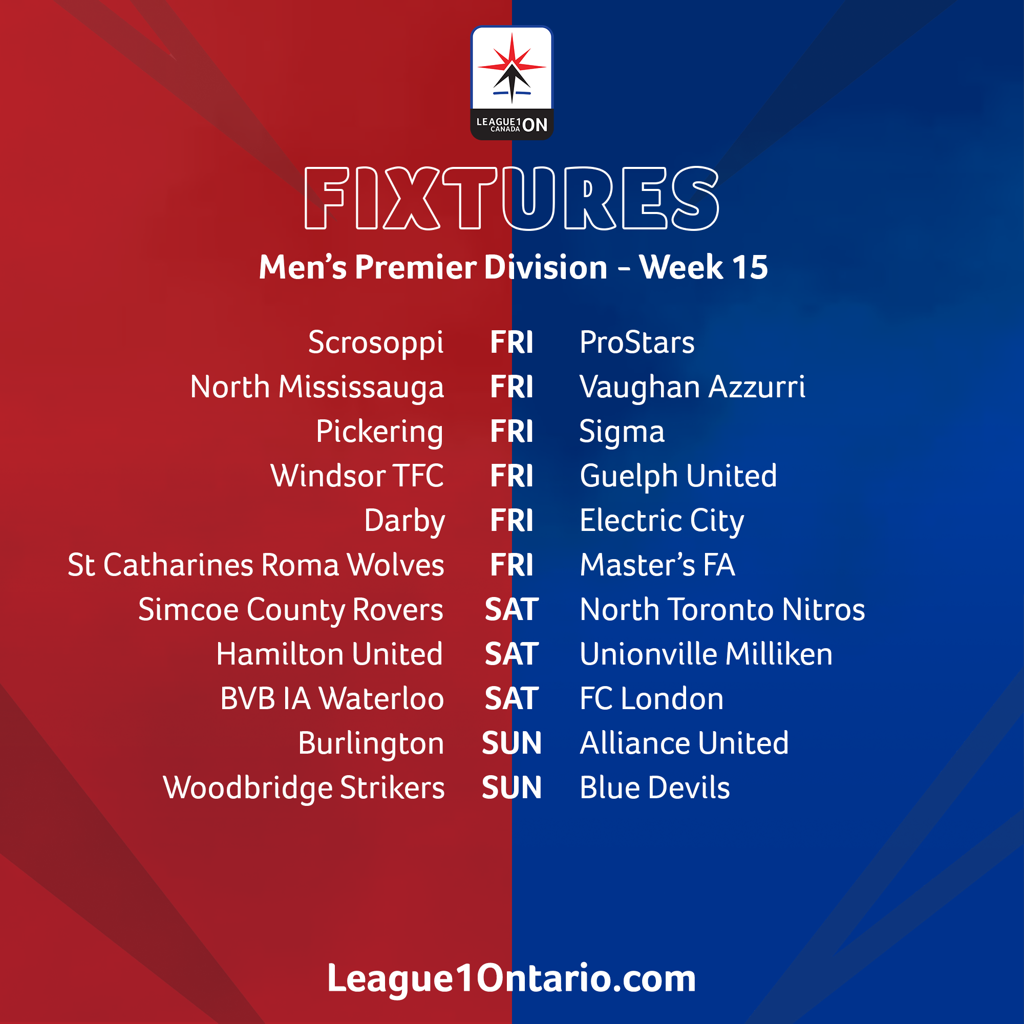 Points to play for

Sigma head into their match against Pickering having defeated Hamilton United 4-1 last weekend, with two of their players making the Week 14 Team of the Week – Kyle Walton and Andres Delascio.

Darby host Electric City with their visitors aiming to climb out of the bottom half of the table, and St Catharines Roma Wolves are aiming to bounce back from defeat last time out; they play Master’s FA on Friday.

Hamilton United face Unionville Milliken knowing they need nothing but wins if they are to keep their very slim playoff hopes alive.

The next stage of the Women's Premier Division playoffs will take place tomorrow with Vaughan Azzurri going head-to-head against Alliance United and NDC Ontario facing FC London, each team competing for a place in the championship final.

Make sure to check out our website tomorrow for a preview of both those matches.