The Women’s Premier Division is all but ready for the postseason as the leading men’s teams all survive the weekend without defeat. 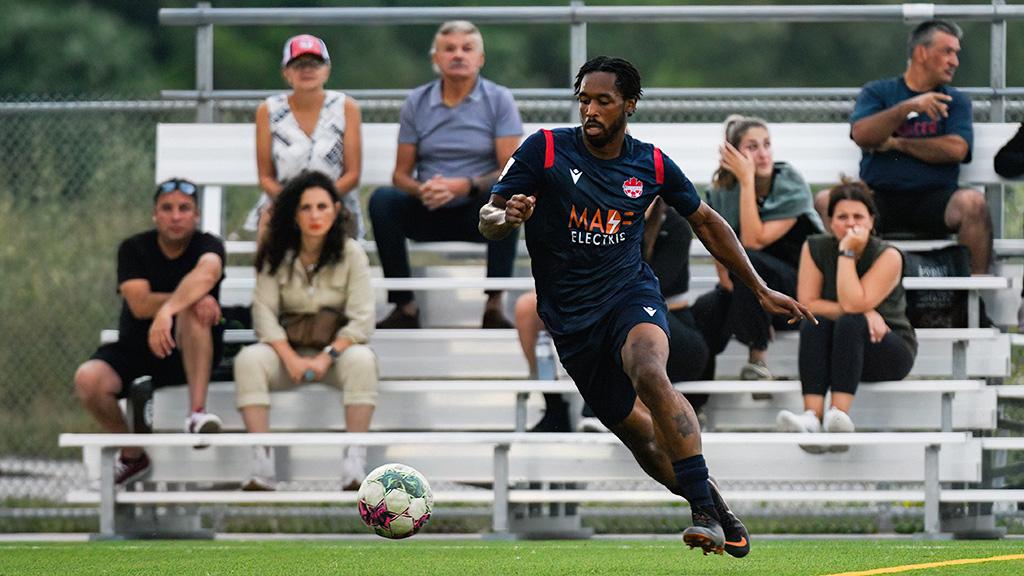 The teams that will compete in the Women’s Premier Division playoffs have been confirmed, with Woodbridge Strikers against Alliance United and FC London versus Simcoe County Rovers set as the quarterfinal match-ups.

Alliance United snuck into the postseason ahead of North Toronto Nitros, who could only muster a point against a Strikers side that have lost just once all season. Alliance, meanwhile, secured the three points they needed against ProStars with thanks to Chelsea Cheung’s hat-trick.

FC London ended the regular season with a narrow victory against Guelph Union with Julia Benati scoring a late winner, and Simcoe County Rovers defeated Tecumseh in an exciting encounter that finished 4-2.

Amanda Allen’s brace helped NDC Ontario top the standings after a 4-0 win at Pickering, but Vaughan Azzurri's fixture against Electric City was suspended due to the storms that raged around eastern Ontario on Sunday night.

Yet, the Azzurri's one-goal advantage at the time of suspension will stand, meaning they have claimed top spot ahead of NDC Ontario. 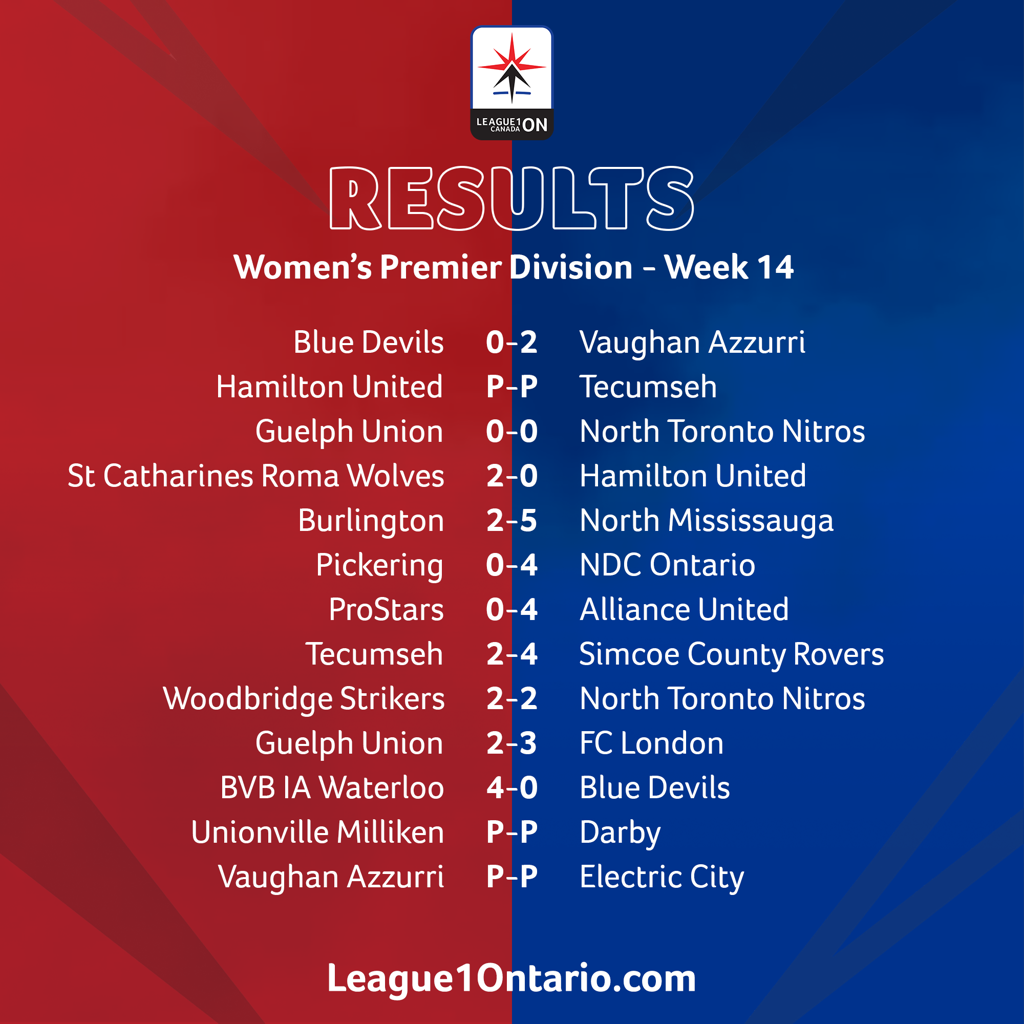 Still to play for in the Men’s Premier Division

Alliance United also kept the pressure on Guelph and the top six by edging past Darby with a solitary goal.

Blue Devils beat FC London to go second in the table, and Simcoe County Rovers won 2-1 against Electric City in the Trent Severn Cup to maintain their three-point gap behind the Azzurri.

There was an entertaining nine-goal game at Burlington as the hosts downed BVB IA Waterloo, but it wasn’t without a fight from the visitors as the result went down to the wire. Augustus Oku’s third goal of the night eventually swung things in Burlington’s favour minutes before full-time, the thriller finishing 5-4.

Sigma won 4-1 against Hamilton United, leaving both teams eight points from the playoffs, and ProStars beat Windsor TFC 3-0 with a brace from Alexander Zis.

Games involving Master’s FA and Pickering, and North Toronto Nitros and Woodbridge Strikers were postponed, as was the Azzurri’s fixture with Hamilton United on Wednesday. 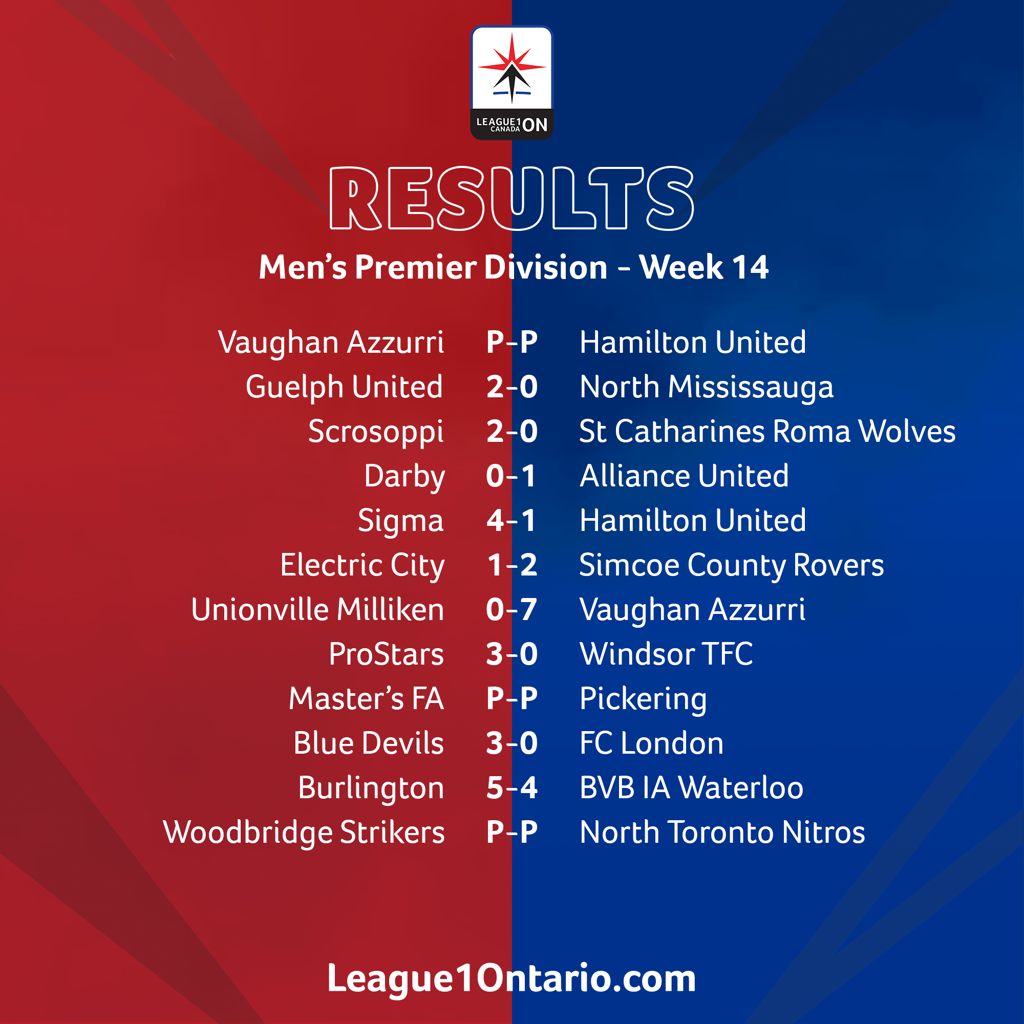 BVB IA Waterloo ended their debut season in the Women’s Premier Division in emphatic fashion with a 4-0 win against Blue Devils. All the goals were scored by Sophia Cabral; her first and last strikes of the campaign.

Darby and Unionville Milliken, meanwhile, tied a goalless game on Sunday, and St Catharines Roma Wolves ended their 2022 campaign with a win against Hamilton United on Friday.