It’s a great weekend to head down to a game with action to enjoy both on and off the field. 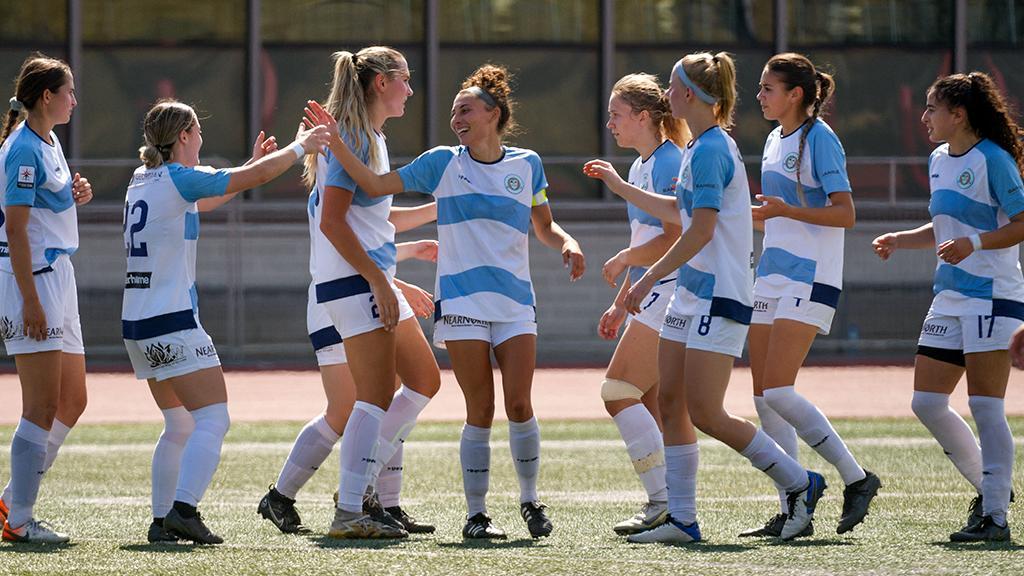 There are special gameday events happening in League1 Ontario on Saturday and Sunday as excitement builds towards the end of the regular season.

On Saturday, Simcoe County Rovers are hosting a doubleheader at J. C. Massie Field, with the men’s team hosting Scrosoppi after the women’s team take on ProStars at 4pm – both of which will be broadcast live by Rogers TV.

There will be over $1,000 of prizes up for grabs for fans courtesy of Tourism Barrie, and supporters will also be able to enjoy activation zones by Rock95 and SoccerHome.ca. They will also be invited to collect autographs from the players and have their photos taken with them after each game.

On Sunday, reigning Men’s Premier Division champions Guelph United are staging their first Next Generation game where young people can get free entry into the game for wearing their youth soccer jersey. They can also meet the players postgame, and fans can pick up giveaway posters of the 2022 roster.

Guelph United kick off at 6pm at Alumni Stadium in the final game of the weekend. 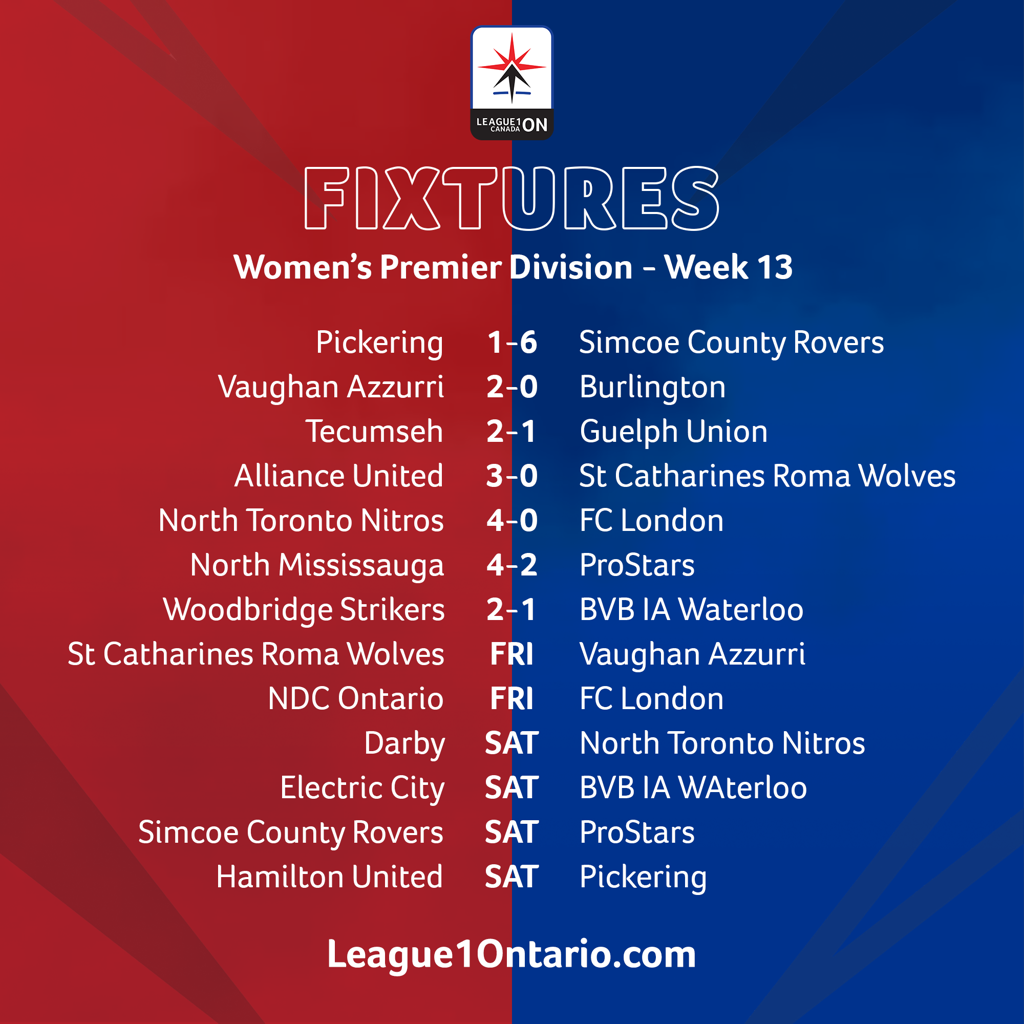 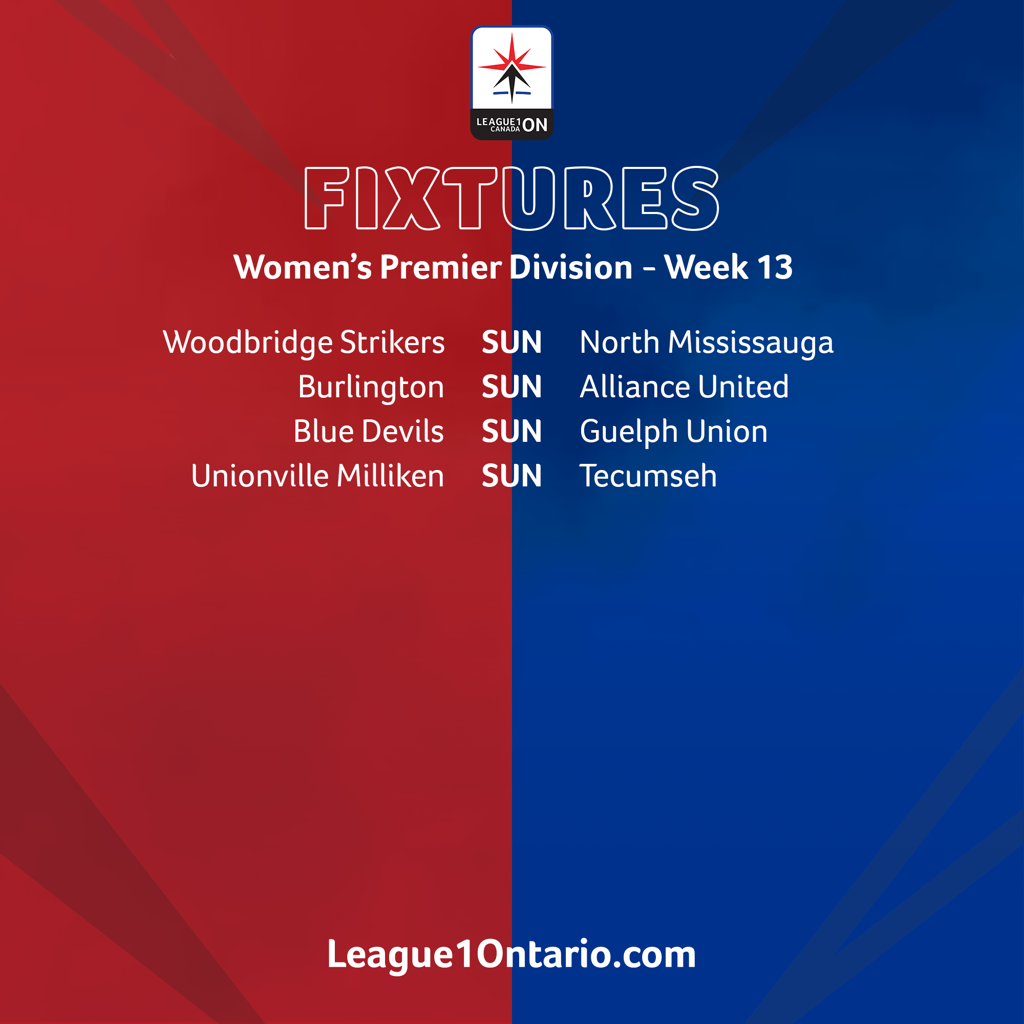 Shaking things up
NDC Ontario host FC London in a mouth-watering Women’s Premier Division game on Friday at 9pm and Vaughan Azzurri are also in action – kicking off 15 minutes earlier – against St Catharines Roma Wolves, which makes things interesting at the top of the table.

Darby host North Toronto Nitros and BVB IA Waterloo visit Electric City, before Pickering take on Hamilton United in a clash at the bottom end of the table.

Woodbridge Strikers and Alliance United then play North Mississauga and Burlington respectively on Sunday, which could impact the playoff standings.

Blue Devils will also entertain Guelph Union on Sunday and Unionville Milliken round off Week 12 in the Women’s Premier Division by welcoming Tecumseh. 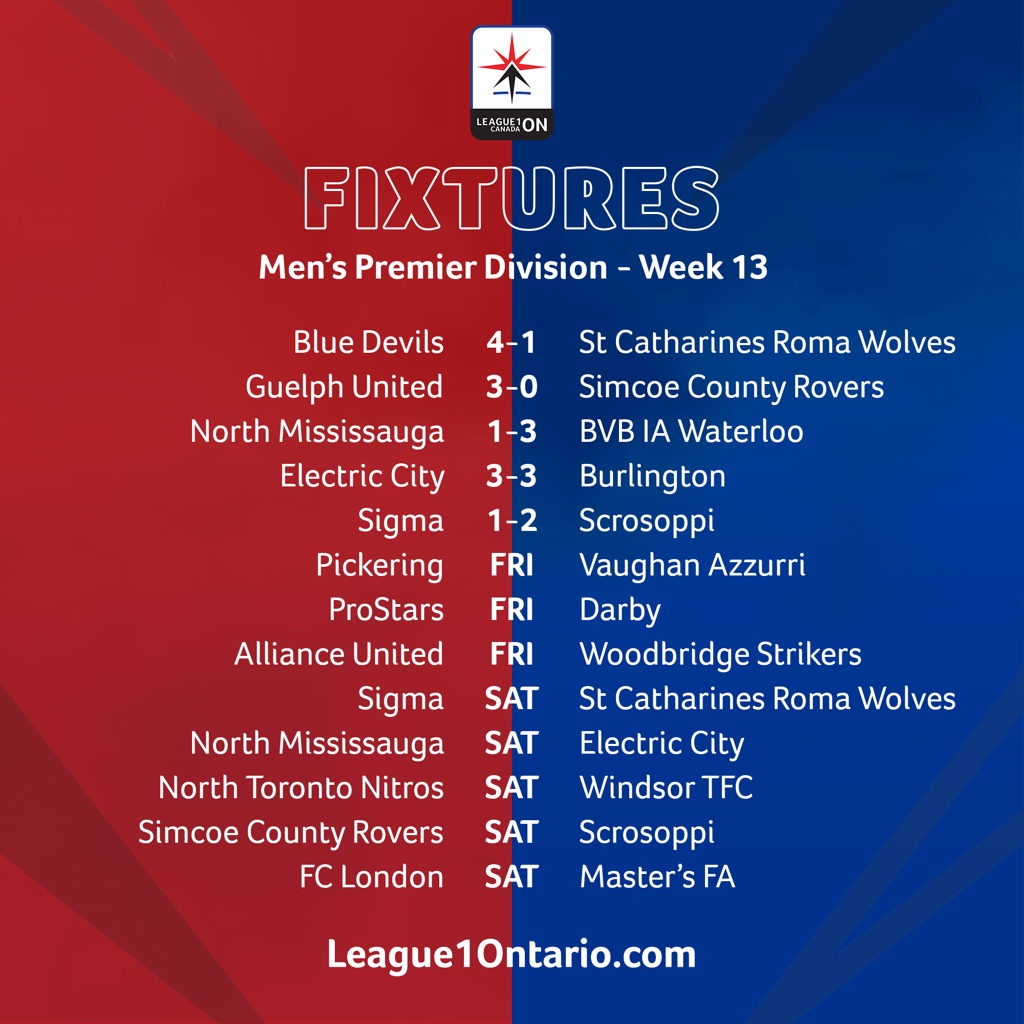 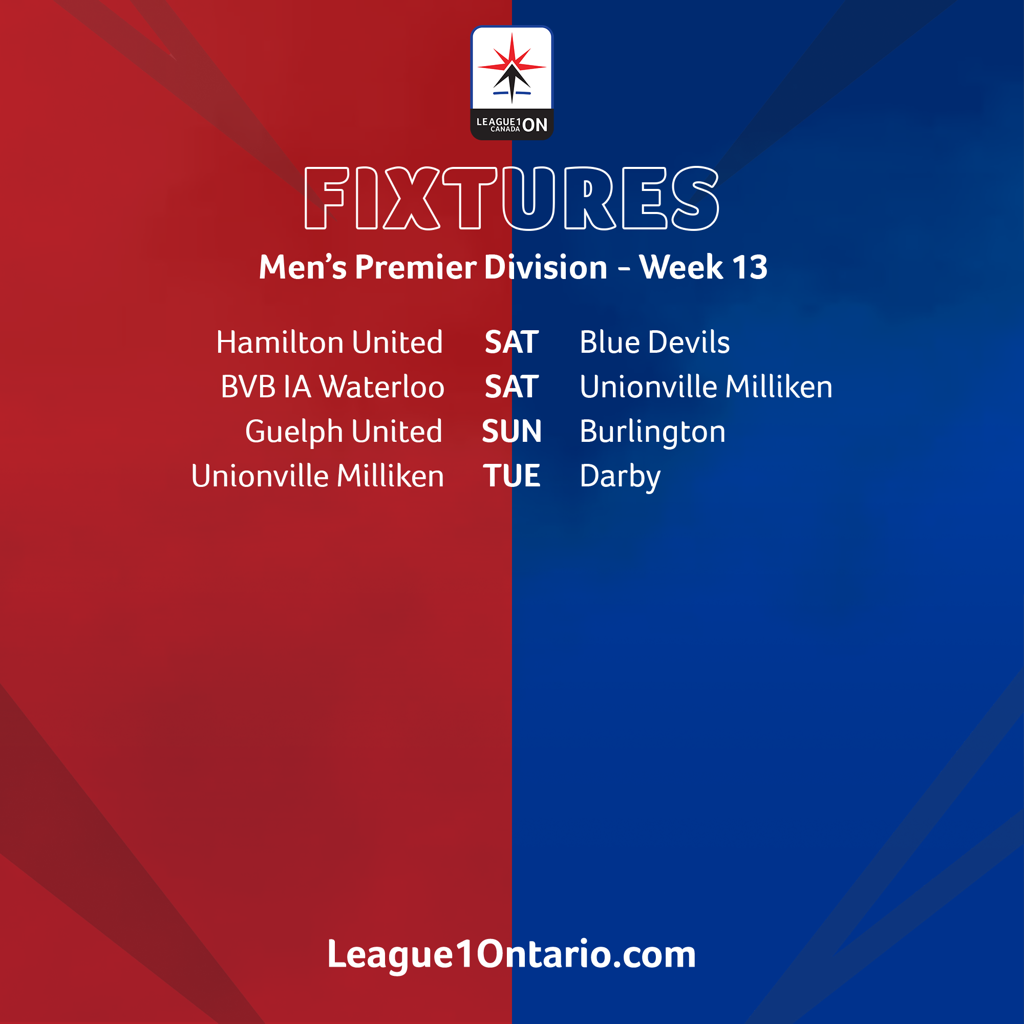 In the Men's Premier Division, Vaughan Azzurri and North Toronto Nitros both recorded their 10th win of the season in Week 12 to ensure it remains very tight at the top. Vaughan head to Pickering on Friday night while Nitros host Windsor TFC on Saturday.

Five points behind the top two are sixth-placed ProStars - who were made to work hard to beat a stubborn Pickering team on Tuesday. They are at home to Darby, and Alliance United, who sit just above them in the table but have the same points tally, are hosting Woodbridge Strikers in the two other games on Friday night.

Saturday sees third in the table, Blue Devils, travel to Ron Joyce Stadium to take on Hamilton United who are five places and seven points behind them in one of the standout games of the day. At the other end of the table, the bottom two, FC London and Master's FA, meet at Hellenic Community Centre, looking to close the gap on St Catharines Roma, who head to Sigma for a noon kick off.

Unionville Milliken then host Darby in the Men’s Premier Division on Tuesday to round off Week 12.