Soccer can be a numbers game and Week 12 has had plenty to digest. 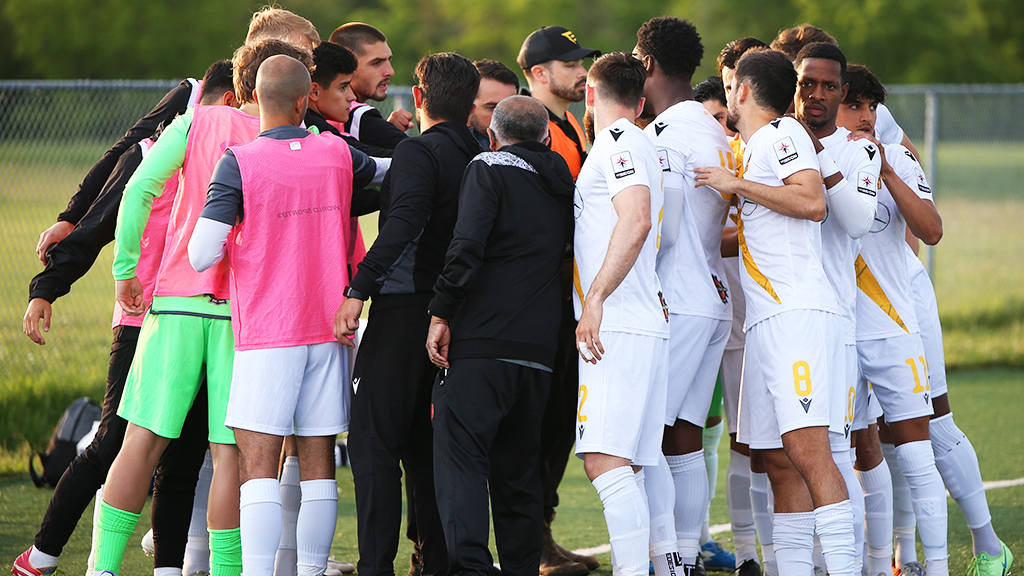 Darby kicked proceedings off in the Women’s Premier Division on Friday by netting three goals against Pickering to no reply, before Alliance United gave NDC Ontario their first taste of defeat this season with a 3-1 victory at home.

Both sides netted five times on Wednesday, but Alliance’s Chelsea Cheung starred at the weekend with a memorable hat-trick for the hosts.

Tecumseh then defeated Blue Devils 3-2 on Sunday with a Kailyn Robertson double and Aaliyah Faddoul scoring an injury-time winner. 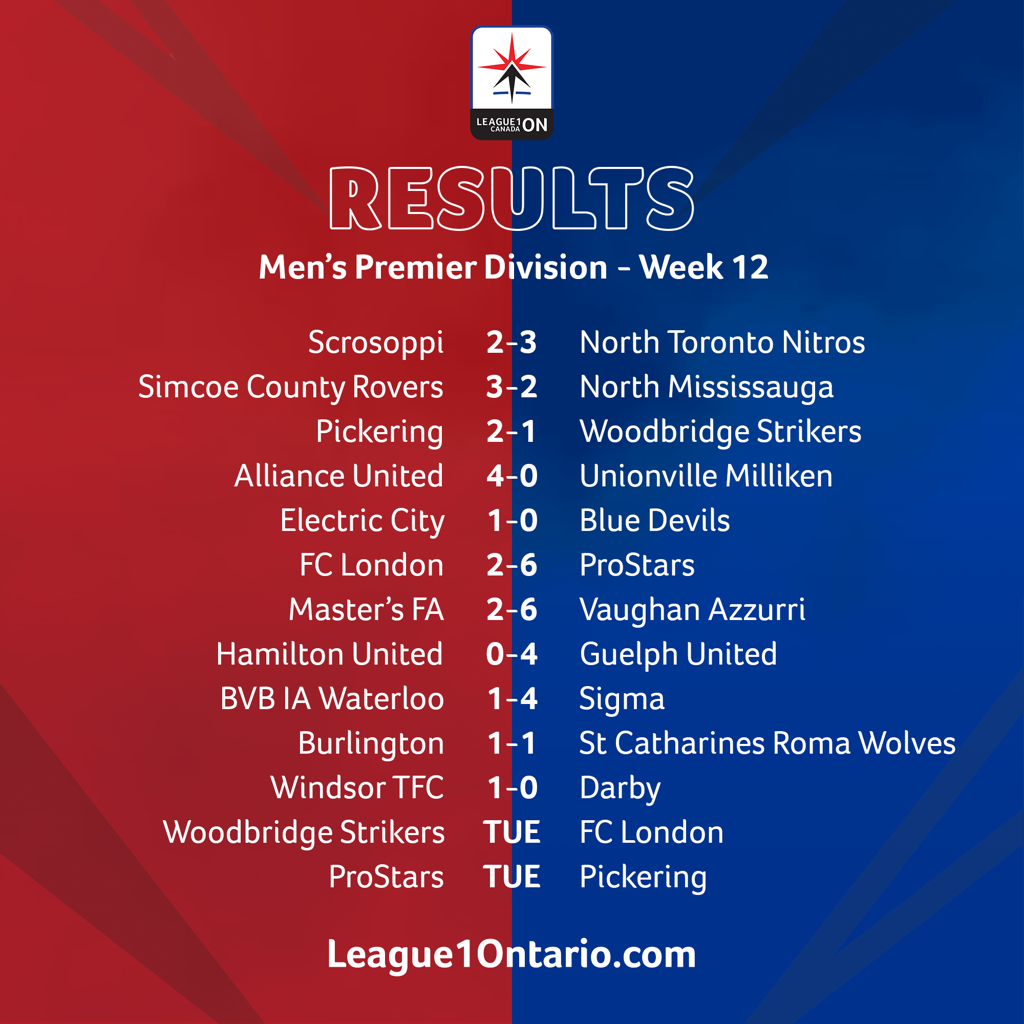 Massimo Ferrin and Kosi Nwafornso both scored braces for the Azzurri and Ameer Kinani netted twice for ProStars to put them on the edge of a playoff spot. Zakaria Abdi also hit a double for North Toronto Nitros the night before in their 3-2 win against Scrosoppi.

Three L1O Men’s Premier Division teams scored four goals at the weekend: Alliance United, Guelph United, and Sigma, who are all now in the top half of the table.

Simcoe County Rovers kept tabs on the leading two by holding off North Mississauga in a 3-2 win at J. C. Massie Field, but Blue Devils faltered against Electric City, losing for the first time this season and dropping to four points adrift off the Azzurri. 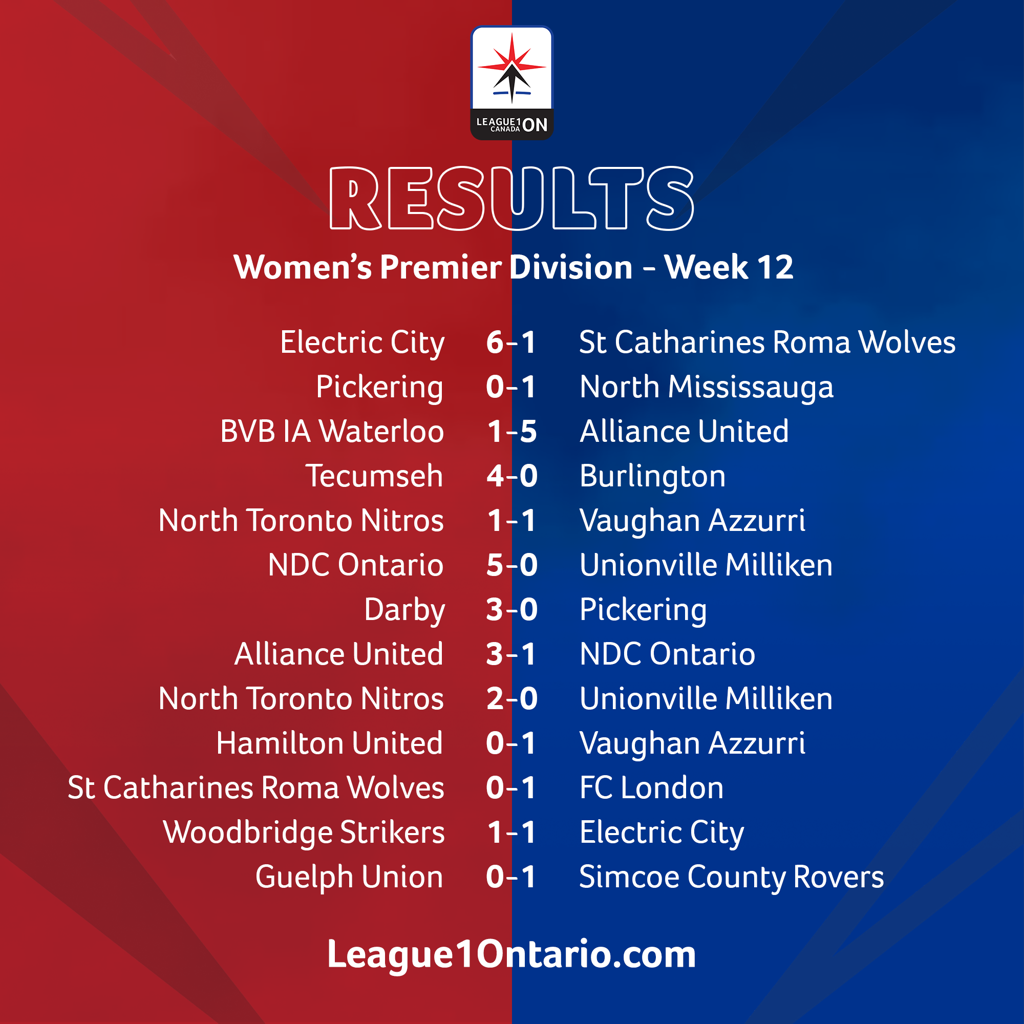 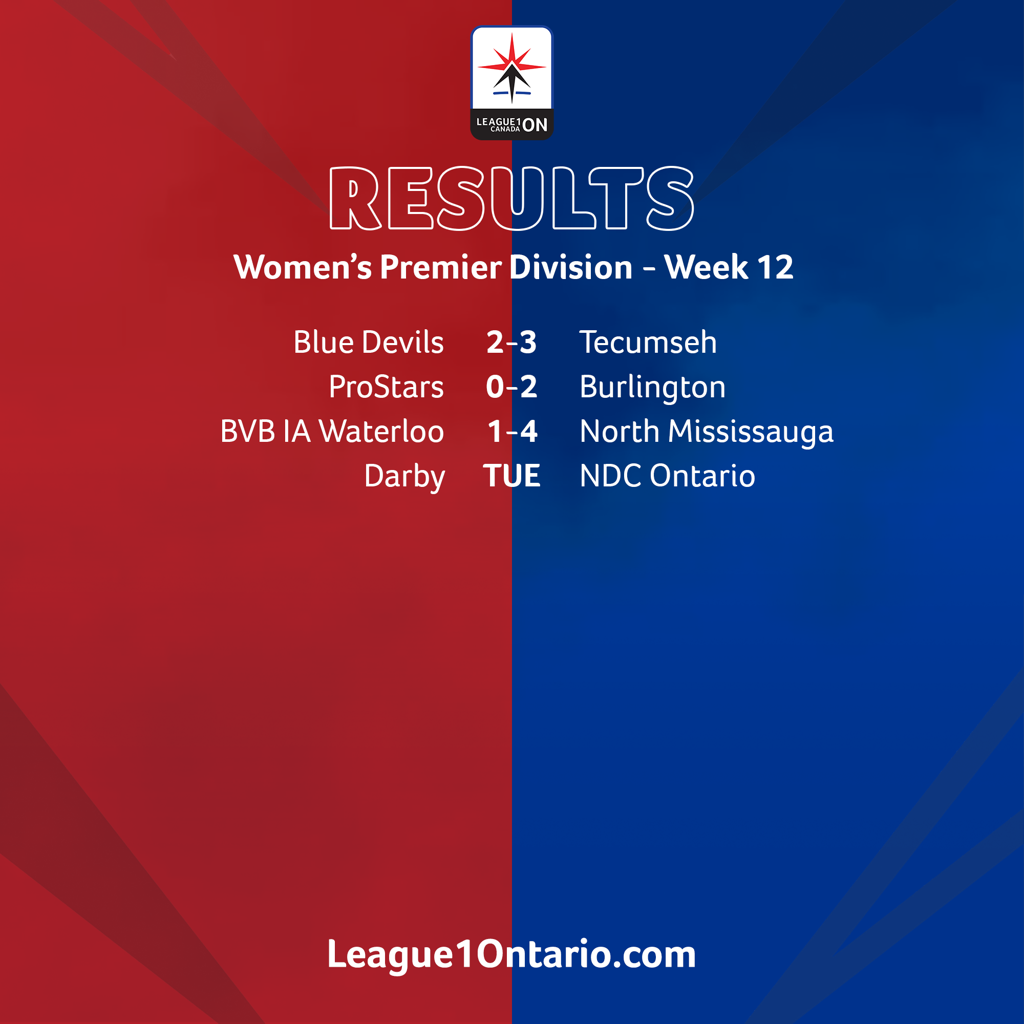 The Burlington and St Catharines Roma Wolves men’s teams tied 1-1 and Windsor TFC banked their fourth win of the season against Darby.

Pickering drew level in the table with their Friday night opponents Woodbridge Strikers by beating them 2-1 on home soil.

North Toronto Nitros and Vaughan Azzurri won in the Women’s Premier Division to stay in the running for playoffs and top spot respectively.

NDC Ontario will quickly look to put their last result behind them and finish Week 12 with a victory at Darby, as Woodbridge Strikers entertain FC London and Pickering visit ProStars in the Men’s Premier Division.