Here's everything you need to know ahead of the weekend in L1O. 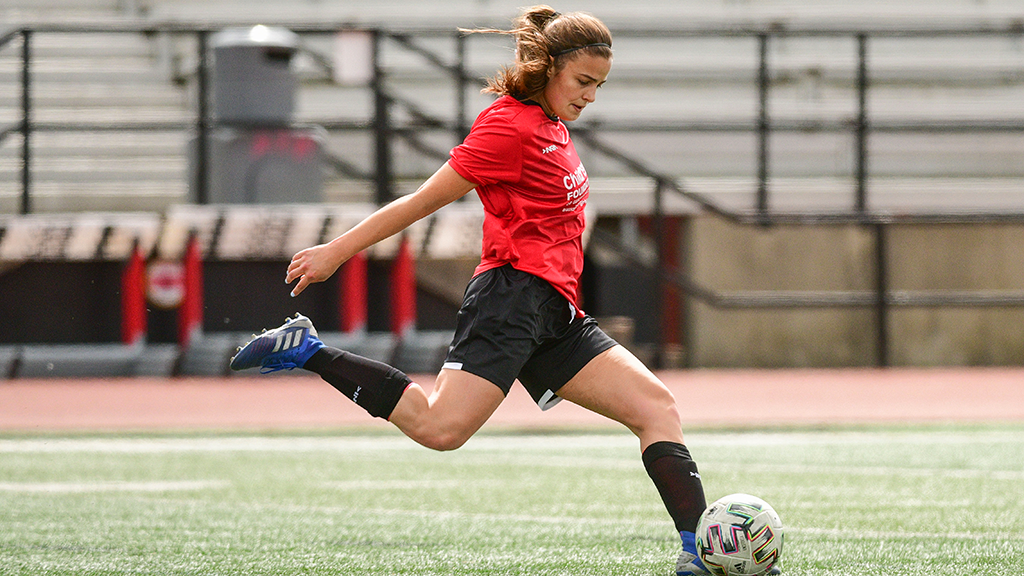 There are four games to look forward to in League1 Ontario on Friday night, as two of the top four in the Men’s Premier Division try to put pressure on the leaders.

The weekend kicks off with second-placed North Toronto Nitros heading to Scrosoppi, knowing a point would see the leapfrog Vaughan Azzurri to the summit. But the home team come into the game in good form having won their last three on the bounce and sit in the top half of the table.

Simcoe County Rovers are also among the leading pack and they host North Mississauga on Friday night. The visitors will be looking to bounce back from a 1-0 loss last time out.

Our other Men’s Premier Division match-up sees Pickering face Woodbridge Strikers. Pickering sit three points behind in the table, and their women’s team is also in action on Friday as they travel to Darby.

NDC Ontario are still the only unbeaten side in the Women’s Premier Division this season. They make the trip to Alliance United after winning 5-0 on Wednesday to top the standings for the first time this season.

Elsewhere fourth-placed Vaughan Azzurri look to stay in the hunt for top spot as they take on a struggling Hamilton side who have lost seven on the bounce. North Toronto Nitros host Unionville Milliken in our other match in the women’s division on Saturday.

Master’s FA are involved in another top against bottom clash in the Men’s Premier Division as they face new leaders Vaughan Azzurri. Unionville Milliken look to break down an Alliance United side who have only conceded nine goals – the division’s best defensive record in 2022.

Top scorers Hamilton United are also in action on Saturday, they host Guelph United who are only four points behind them in the table.

Blues Devils sit only one point off league leaders in the Men’s Premier Division and they head to Electric City, before BVB IA Waterloo face Sigma and FC London take on ProStars.

Plenty of eyes will be on the Women’s Premier Division on Sunday as a dozen teams take to the pitch. Second-place FC London are up against mid-table side St Catharines Roma Wolves who will be looking to bounce back after their 6-1 loss in their last match.

Reigning champions Woodbridge Strikers are also in action as they host Electric City. The home side have only losing once this season in their battle to maintain their status as the best women’s team in Canada, and Electric City have won their last two.

In our final women’s matches of the weekend Blue Devils host Tecumseh with the sides separated by three points, and BVB IA Waterloo play North Mississauga.

There are two games to look forward to in the Men’s Premier Division on Sunday. Burlington are at home to St Catharines Roma Wolves and are only one-point ahead of their opponents in the table.

Windsor TFC men are up against Darby; both have only won three games this season and are separated by two points in a tight battle in the bottom half of the table.