Sigma aim to carry momentum from their midweek victory, and there’s an exciting top-four clash in the Women’s Premier Division. 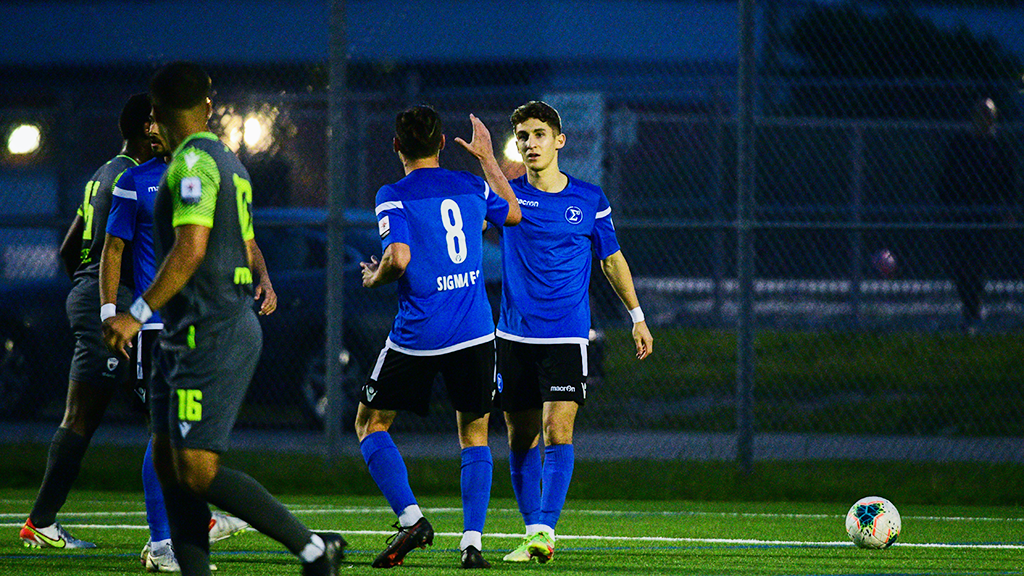 The weekend kicks off with five games across League1 Ontario.

Table-toppers FC London will visit Pickering’s women who are looking for their second win of the campaign to push them up the table, and BVB IA Waterloo also face tough opponents in Vaughan Azzurri, who are currently sitting two points behind the league leaders.

Darby will hope to be in the top half of the table come Sunday as they face ProStars in the other Women’s Premier Division game on Friday.

Unionville Milliken could leapfrog Guelph United on Friday if they defeat their hosts in the Men’s Premier Division, and Pickering’s men are also in action against a St Catharines Roma Wolves team aiming to collect their first win at home.

After Sigma’s men’s team won 4-1 against Master’s FA on Wednesday with Hilli Goldhar netting twice, the Mississauga-based team will be in high spirits when they head into Saturday’s game against the leaders Vaughan Azzurri.

The Azzurri have only dropped points against Blue Devils and Simcoe County Rovers in the Men’s Premier Division this season, but they visit a Sigma side that has won three games on the bounce at home.

There’s a top four affair in the Women’s Premier Division on Saturday as unbeaten NDC Ontario visit in-form Simcoe County Rovers. Just one point separates the sides in the table after the Canada Soccer side won in midweek.

Woodbridge Strikers could pick up their seventh win in a row on Sunday against bottom side Burlington. 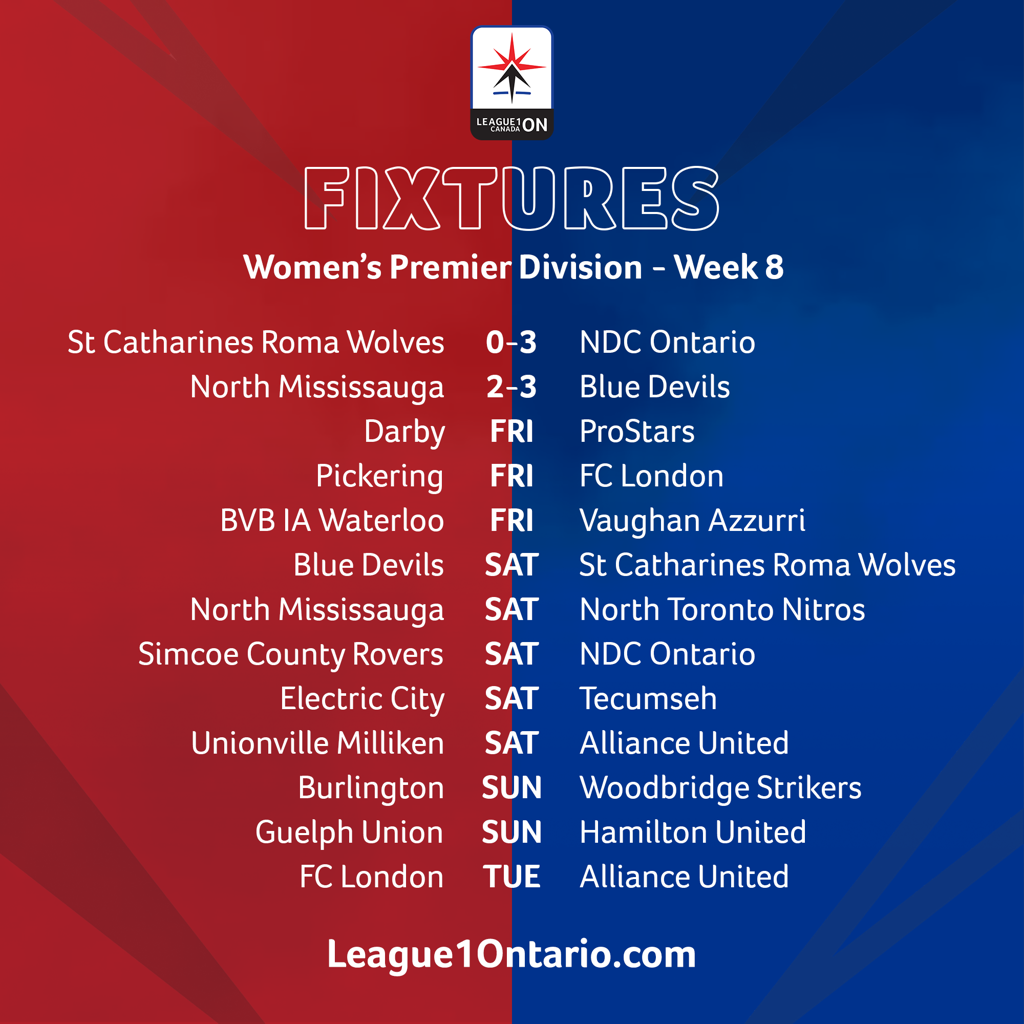 Both FC London and Hamilton United will be looking to capitalise on inconsistent form from two of the pace setters in the Men’s Premier Division this season.

North Mississauga and the Nitros both lost last time out in the Women’s Premier Division and do battle this weekend looking to get back to winning ways. 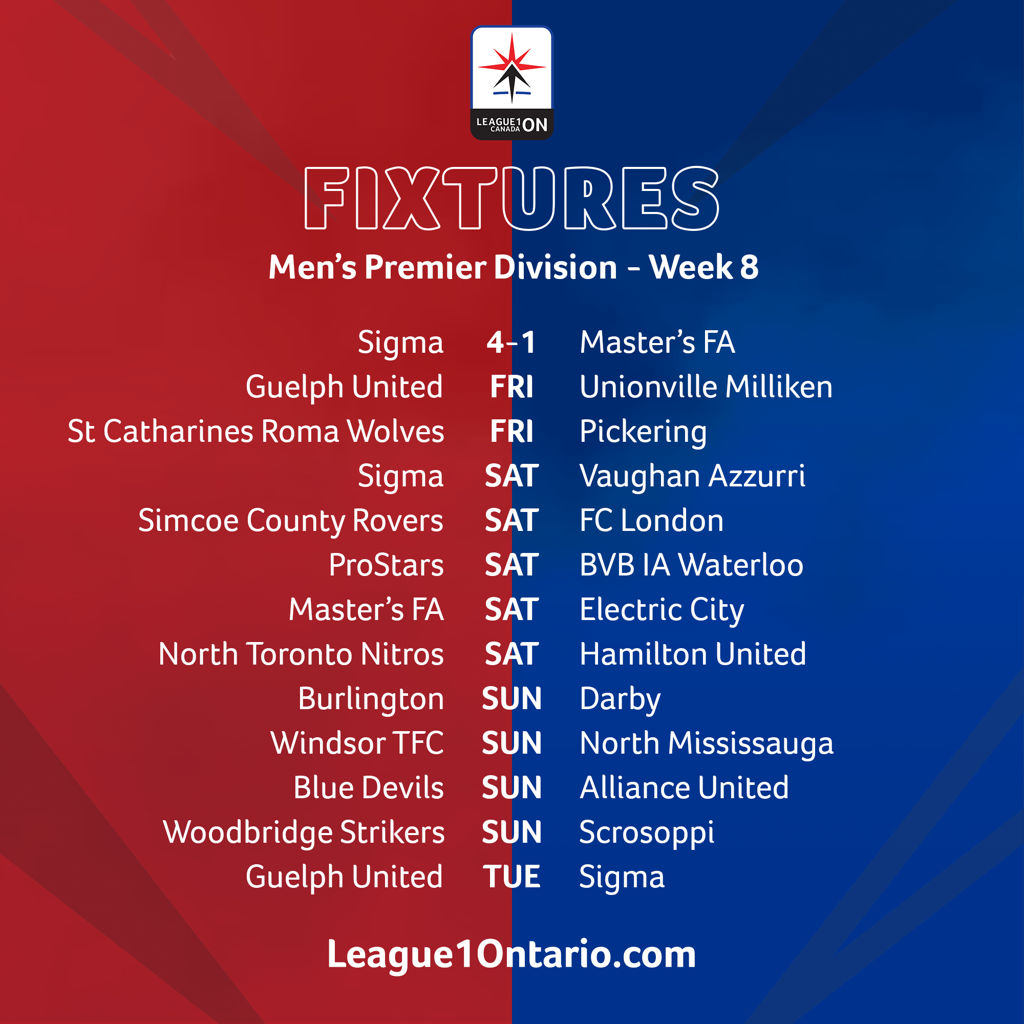 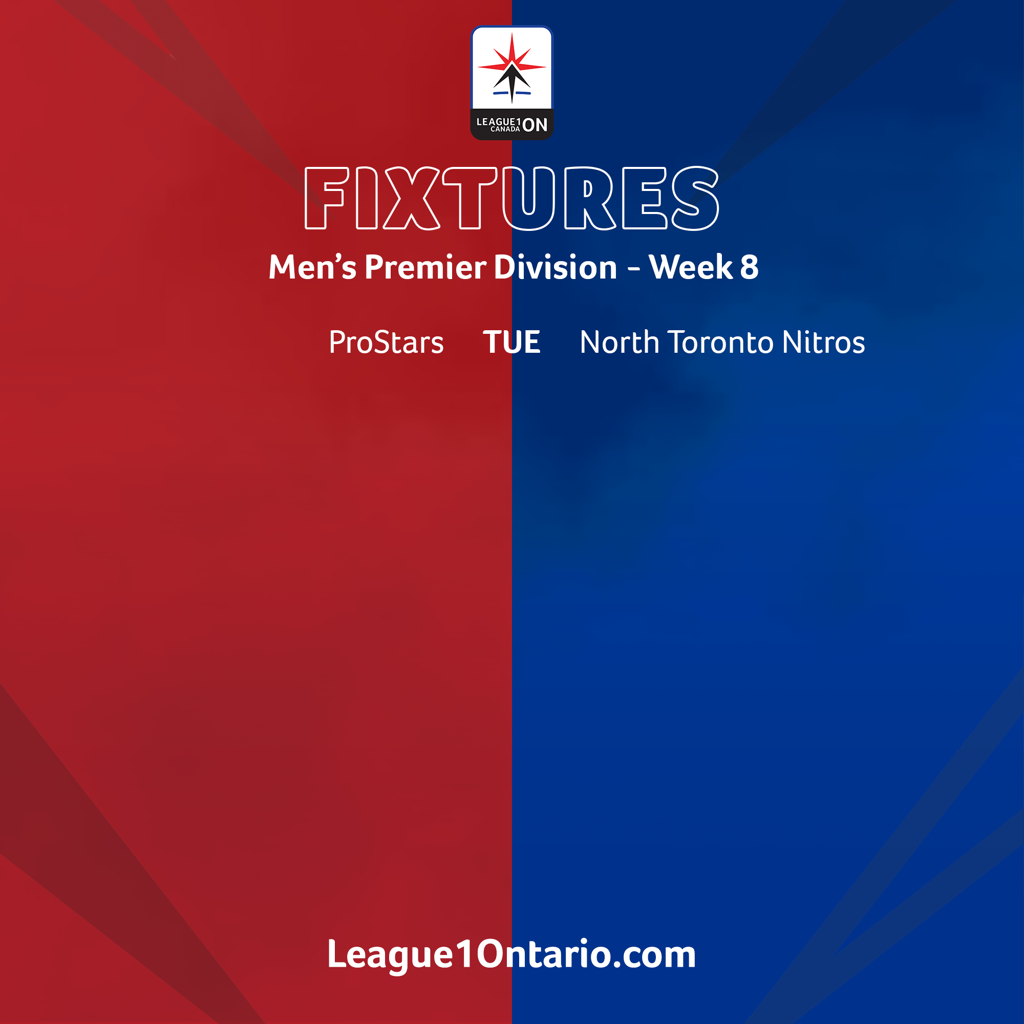 Alliance United will be up against Blue Devils in the Men’s Premier Division on Sunday on L1O Live – the League1 Ontario YouTube channel.

It’s a second against fourth encounter in the standings with Alliance the league’s joint-top scorers this season, while their hosts will look to continue their unbeaten run in 2022. 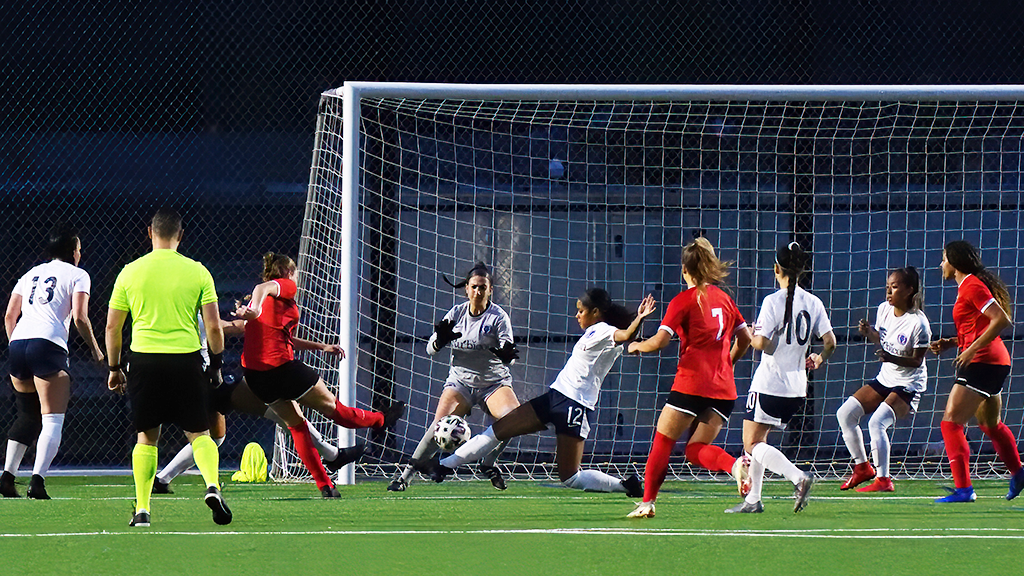