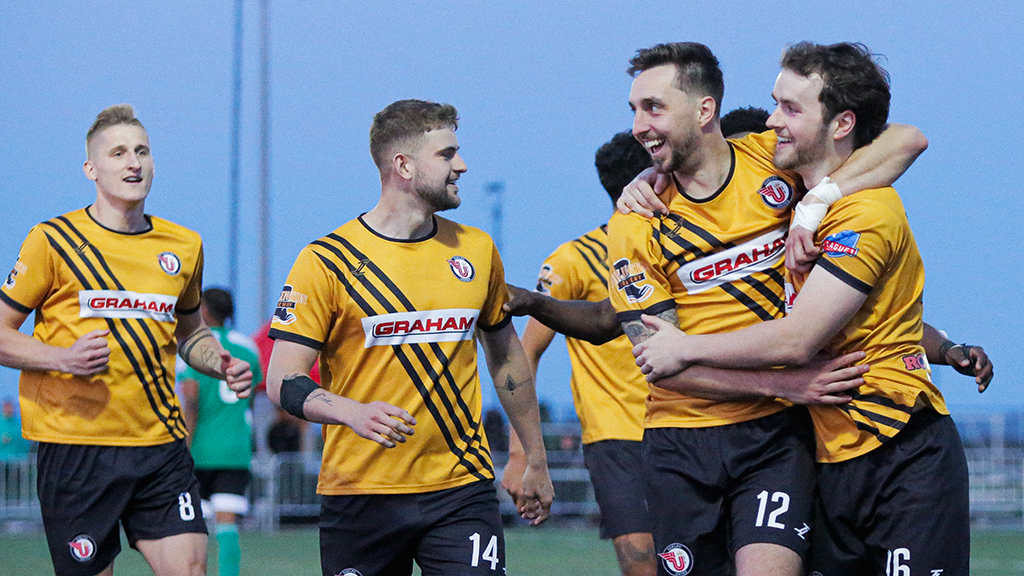 Both teams were looking to bounce back from defeats last time round, and it was Guelph who did it in style. The visitors nullified Nitros’ opener and went on to win 4-1 as Tomasz Skublak netted a brace to drop Nitros to third in the table and take Guelph into the top six.

There were also five goals in Windsor TFC’s game at Sigma with the hosts leading on three separate occasions during the 90 minutes and eventually grinding out the three points.

But it was a week for the defences to come out on top in the Men’s Premier Division as there wasn’t the volume of high-scoring games that we have seen in recent weeks.

ProStars defeated Simcoe County Rovers by a solitary goal in the Credit River Cup, and Electric City saw off Pickering by the same score. 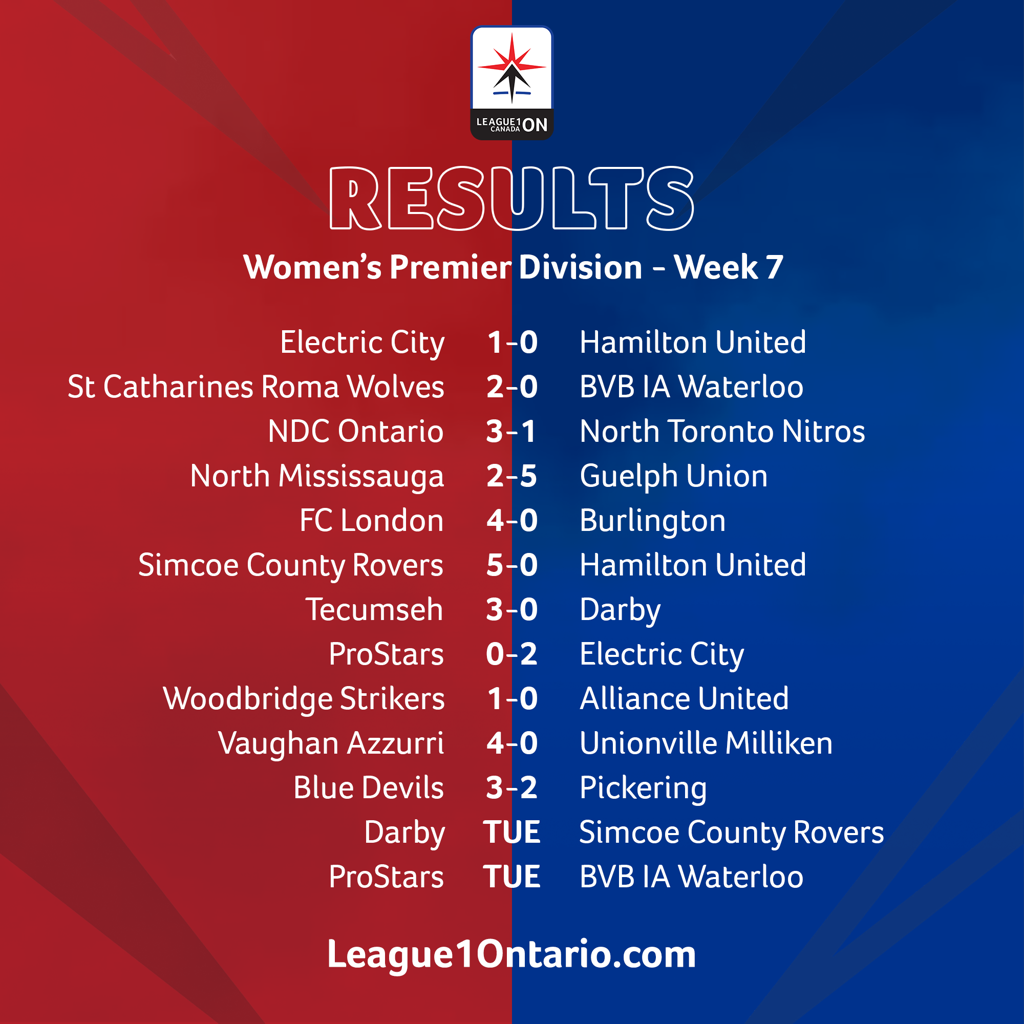 Woodbridge Strikers increased their impressive win-streak in the Women’s Premier Division to six games with a 1-0 victory over Alliance United at the weekend as league leaders FC London also won against bottom side Burlington.

FC London are only two points ahead of Vaughan Azzurri who are piling on the pressure at the top end of the table by winning 4-0 against Unionville Milliken. With goals from Jillian Golden, Cassidy Brooks, and Siena Stambolich, the Azzurri have had 10 different scorers so far this season.

Simcoe County Rovers won again in style as they put five past Hamilton United with no reply; Brianne Desa found the net twice.

Meanwhile, seven goals were scored at North Mississauga as Guelph Union won 5-2 after the hosts took an early lead. Sami Falkenstein scored her first two goals of the season. 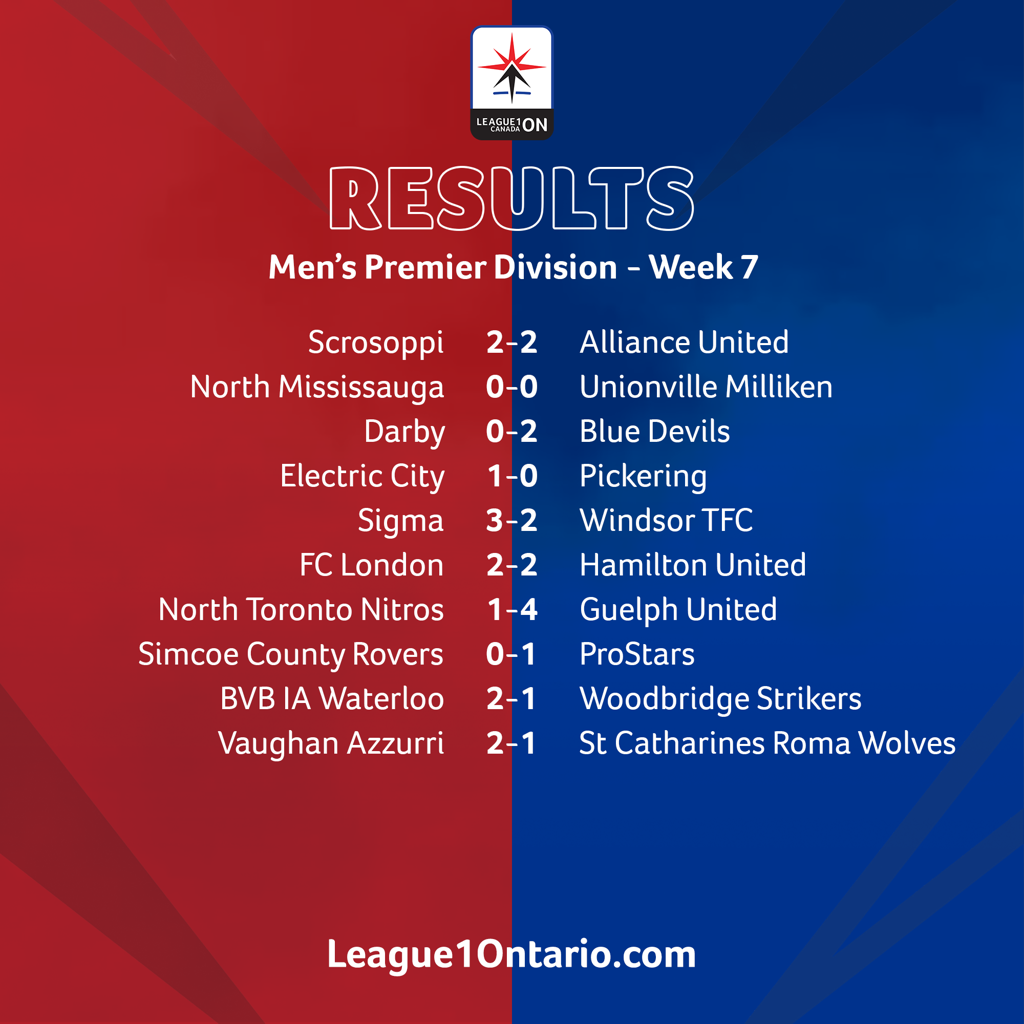 St Catharines Roma Wolves won their inaugural home game in the Women’s Premier Division by defeating BVB IA Waterloo 2-0. They are back at their den on Wednesday when they welcome NDC Ontario, who beat North Toronto Nitros 3-1 on Friday night to remain the league’s only unbeaten team.

Blue Devils edged out Pickering 3-2 for their second win this campaign. Tecumseh also bagged their second victory by defeating Darby 3-0 with a brace from Mia Leonetti, and Electric City won against ProStars after gaining three points against Hamilton United midweek.

There were three games in the Men’s Premier Division on Friday. Blue Devils bagged their fourth win of the season against Darby as Unionville Milliken and North Mississauga played out a goalless tie.

The game between Master’s FA and Burlington was postponed due to a lighting problem and the game will be replayed in full at a later date.

There are two Women’s Premier Division games on Tuesday night to round off Week Seven in League1 Ontario.

Darby host Simcoe County as BVB IA Waterloo visit ProStars who will continue the search for their first win of the season. 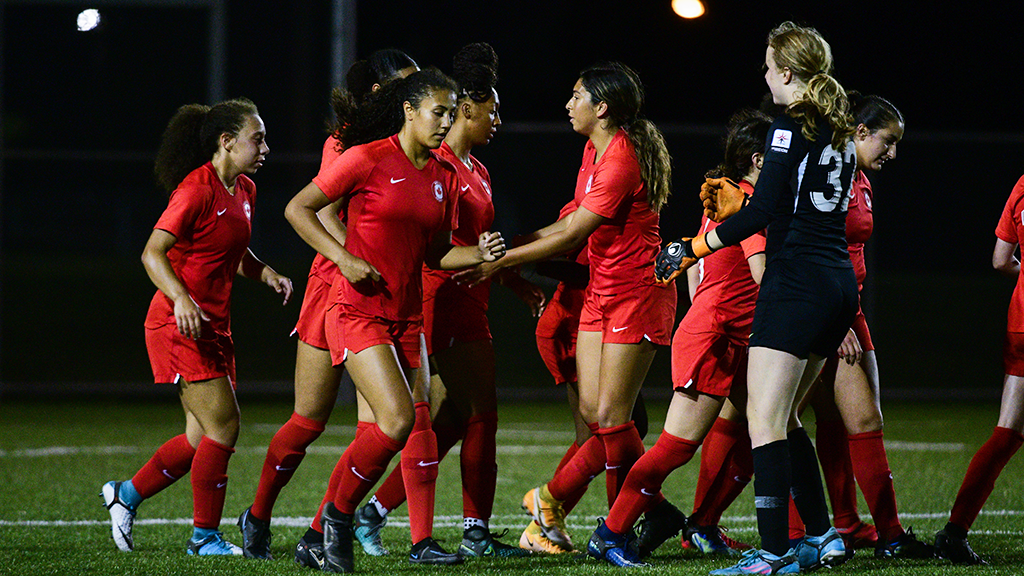