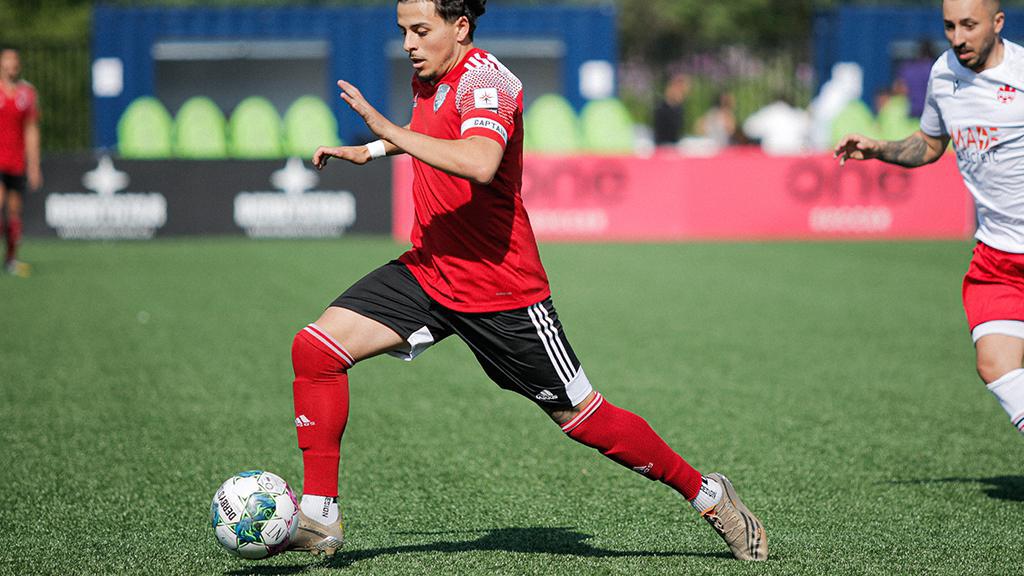 Electric City kicked off Week 7 with a win over Hamilton United in the Women's Premier Division on Wednesday night to climb to sixth, sandwiched in between NDC Ontario and North Toronto Nitros. They face each other tonight in one of two mouth-watering women's games that will stream on League1 Ontario TV this weekend.

Also on Friday night, St Catharines Roma Wolves entertain BVB IA Waterloo, who sit one point and three places below them in the table.

There are a further three games in the Men's Premier Division, with Alliance United looking to claim top spot if they can do the business against a Scrosoppi side aiming to bounce back from defeat and get into the top half of the table.

North Mississauga and Unionville Milliken have an identical record from their opening seven games, and they meet on Friday night as well, while Blue Devils, who have yet to lose, head to Darby to increase the gap between themselves and their seventh-placed hosts and join current leaders North Toronto Nitros on 16 points. 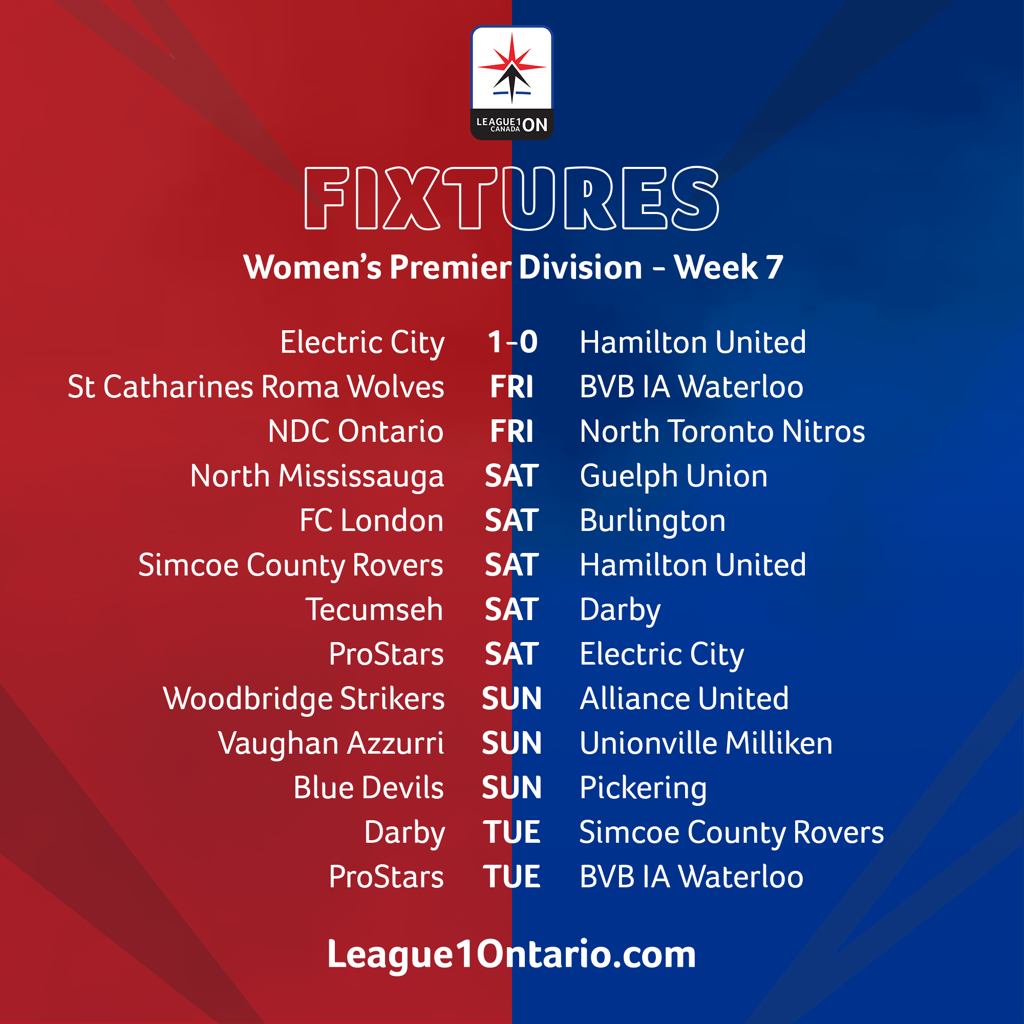 Saturday will see 12 games across both divisions, with much to keep an eye on.

Table-toppers North Toronto Nitros host defending champions Guelph United in our Men's Premier Division Game of the Week at 8pm. At the same time, winless Master's FA and BVB IA Waterloo face Burlington and Woodbridge Strikers respectively, while fourth-placed Simcoe County Rovers entertain ProStars in the second game of a doubleheader at JC Massie Field after the women's team have faced Hamilton United. More than just league points are at stake for the men in this one as Simcoe County Rovers debut as guests in this season's Credit River Cup.

The Women's Premier Division day starts with two games at 4pm when Guelph Union head to North Mississauga, and top plays bottom when Burlington, with eight straight defeats so far, face their toughest assignment to break that run against leaders FC London.

On Sunday, Vaughan Azzurri and Unionville Milliken meet at North Maple Regional Park for our third live stream of the weekend. Third-placed Woodbridge Strikers welcome Alliance United while Blue Devils and Pickering, who sit one point and one place beneath their hosts, meet at Sheridan Trafalgar Campus. Both sides are looking to increase the gap at the foot of the table and join the pack above approaching double figures in their points tally. 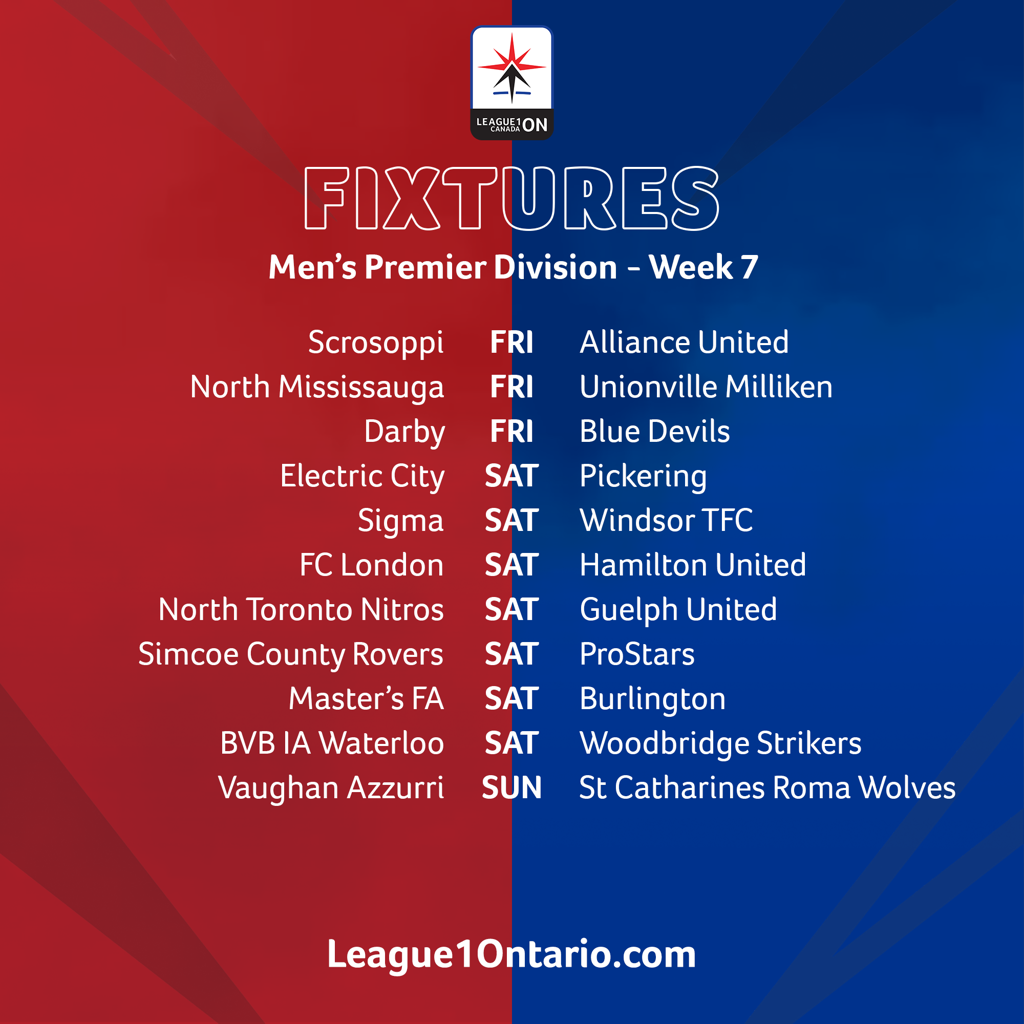