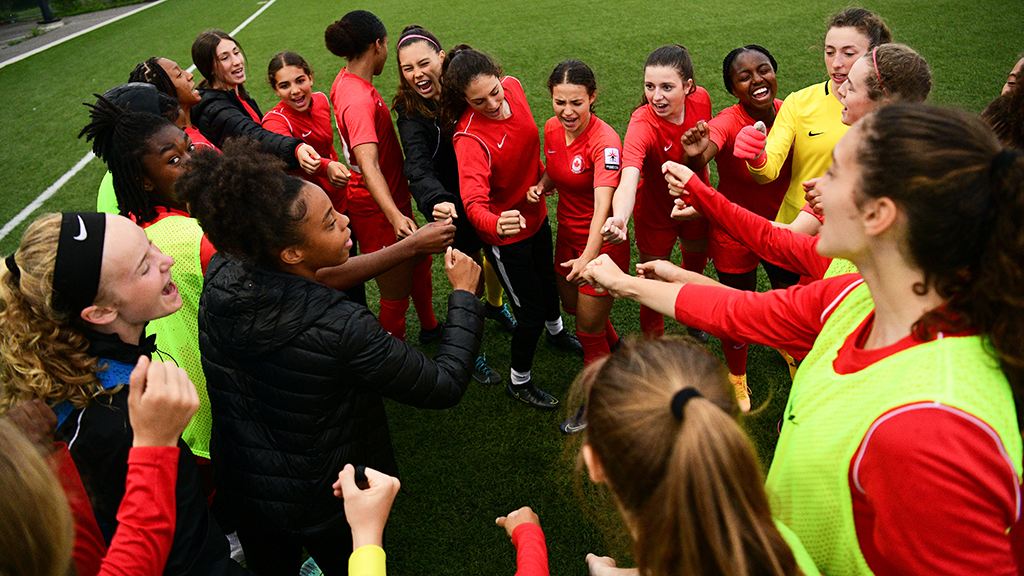 The question on the lips of many FC London fans was how long would their winning streak in the Women’s Premier Division last for?

Finally, the runaway leaders who were five points ahead in the league with seven wins from seven games met their match against Simcoe County Rovers. The hosts led after 33 minutes and secured the victory with two late goals.

Another shock at the weekend saw Darby’s women win 7-3 against BVB IA Waterloo. The mid-table team had just two wins under their belt this season and scored more goals against the Roma Wolves than they had so far in the whole of 2022, Lauren Illman bagging a hat-trick on Friday night.

The Men’s Premier Division leaders North Toronto Nitros also tasted defeat for the first time this weekend, losing by a solitary goal at York Lions Stadium. The game was part of a doubleheader with the Canadian Premier League.

The Burlington men’s team won 4-1 against North Mississauga – opposition who were significantly higher in the table with three wins to Burlington’s one. 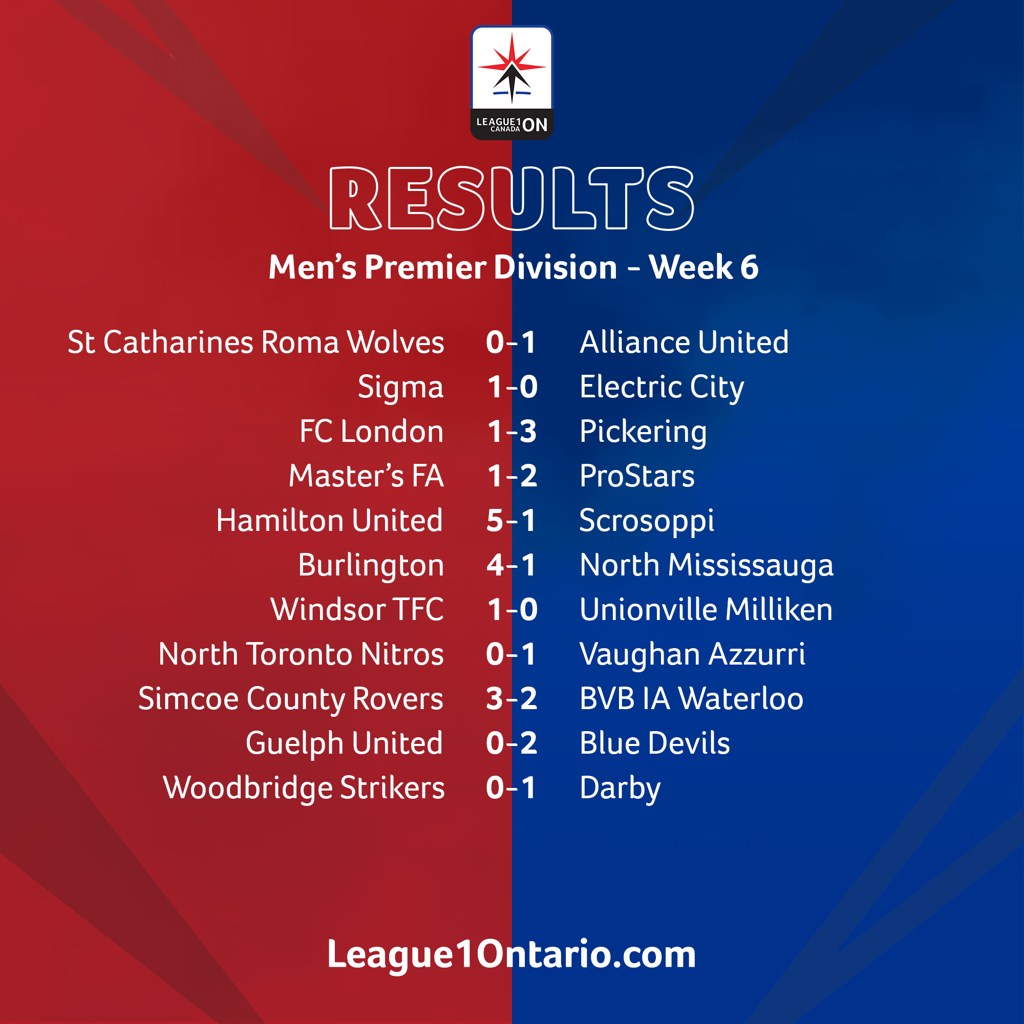 Alliance United defeated St Catharines Roma Wolves on Friday to close the gap on Nitros at the top of the Men’s Premier Division to just one point. Simcoe County Rovers’ managed to stay among the leading pack by nulling Jonny Monney’s brace for BVB IA Waterloo.

The Azzurri won against Tecumseh in the Women’s Premier Division to stay second in the table and Woodbridge Strikers’ Colleen Beesley scored late to secure three points against Guelph Union and keep pressure on the top.

The only unbeaten team left in the women’s league are NDC Ontario after they scored two against Burlington and built on their incredible 8-0 victory against Hamilton United midweek. North Toronto Nitros are right behind the Canada Soccer side after a 2-0 win of their own against St Catharines Roma Wolves courtesy of a Kiyomi McCausland brace. 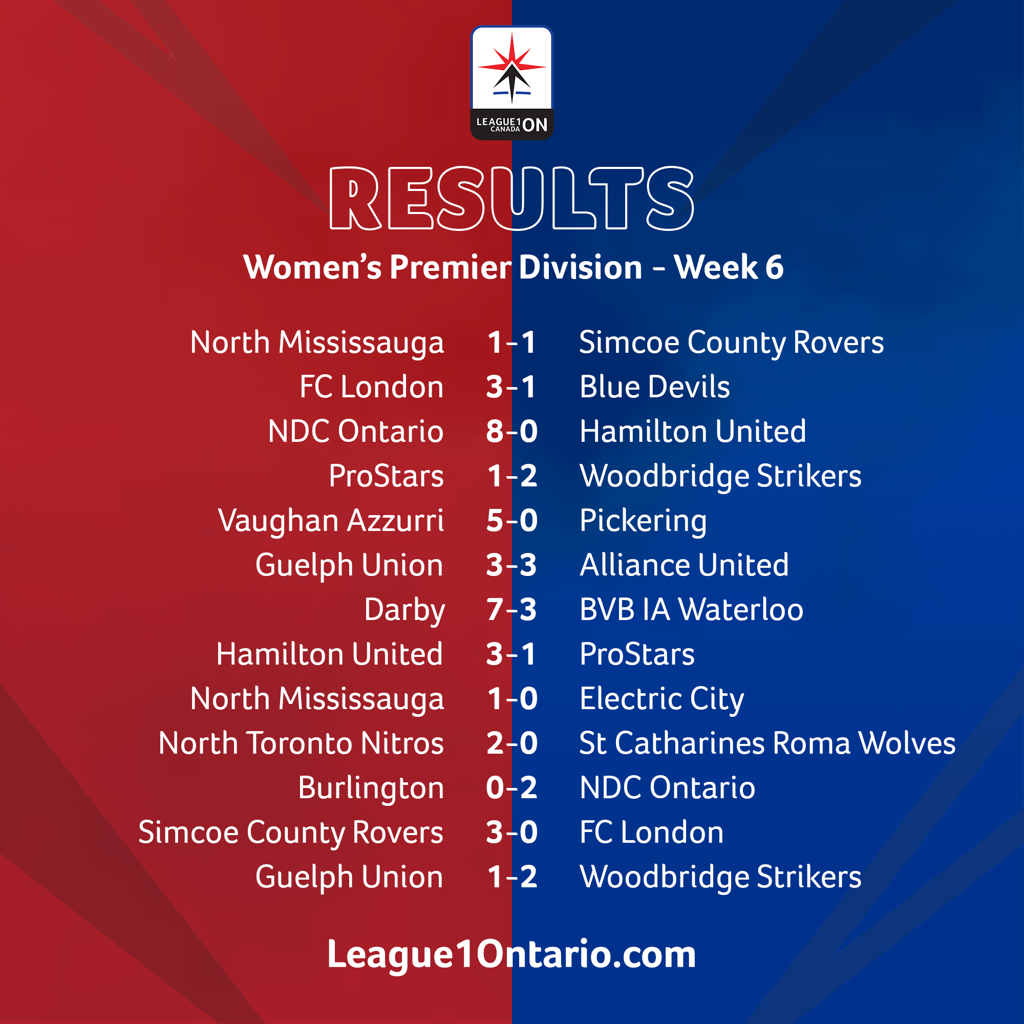 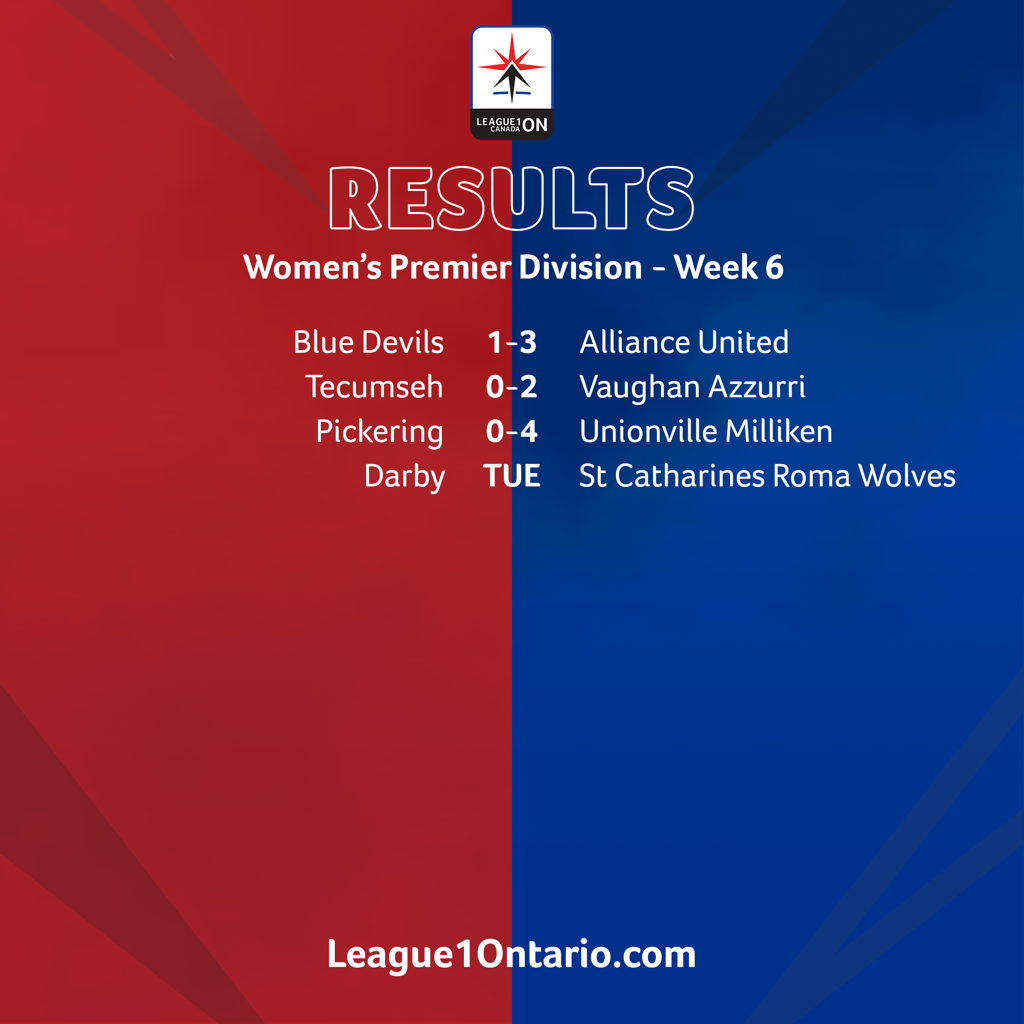 There were some more positive results for dwellers in the lower half of the Men’s Premier Division. Windsor TFC bagged their first win of the season against Unionville Milliken who came to Libro Centre Turf as clear favourites for the three points.

Sigma’s men’s team defeated Electric City, Pickering picked up their third win of the season against FC London, and ProStars came from behind to edge past Master’s FA.

Darby got their first win on the road this season, defeating Woodbridge Strikers thanks to a goal in the 82nd minute from Bruce Cullen.

Saturday in the Women’s Premier Division saw wins for each of the three hosting sides. As well as Nitros’ victory, Hamilton United defeated ProStars who are still looking for their first three-point haul of 2022, and North Mississauga edged past Electric City.

Not to mention, there were some great scorelines at the start of Week Six in the Women’s Premier Division last Wednesday. As well as NDC Ontario’s eight-goal victory, FC London notched their first win of the season and the Azzurri put five past Pickering.

St Catharines Roma Wolves visit Darby in the Women’s Premier Division on Tuesday night. The Roma Wolves will be looking to quickly forget about their defeat at the weekend, while Darby will aim to build on their impressive 7-3 victory and climb into the top half of the table. 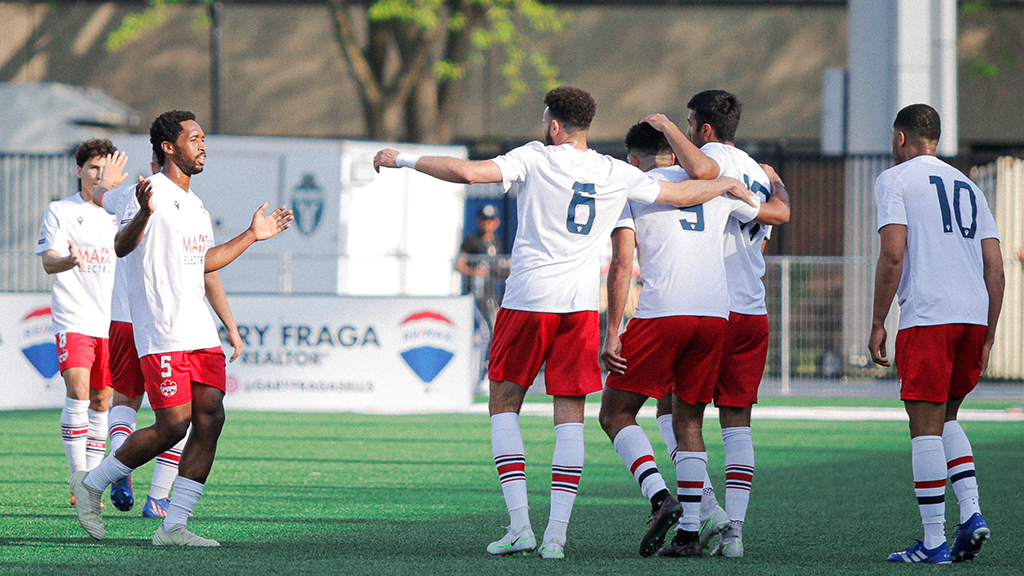