Woodbridge Strikers and FC London look to continue their Women’s Premier Division winning streaks this weekend, and we preview the L1O and CPL doubleheader on Sunday. 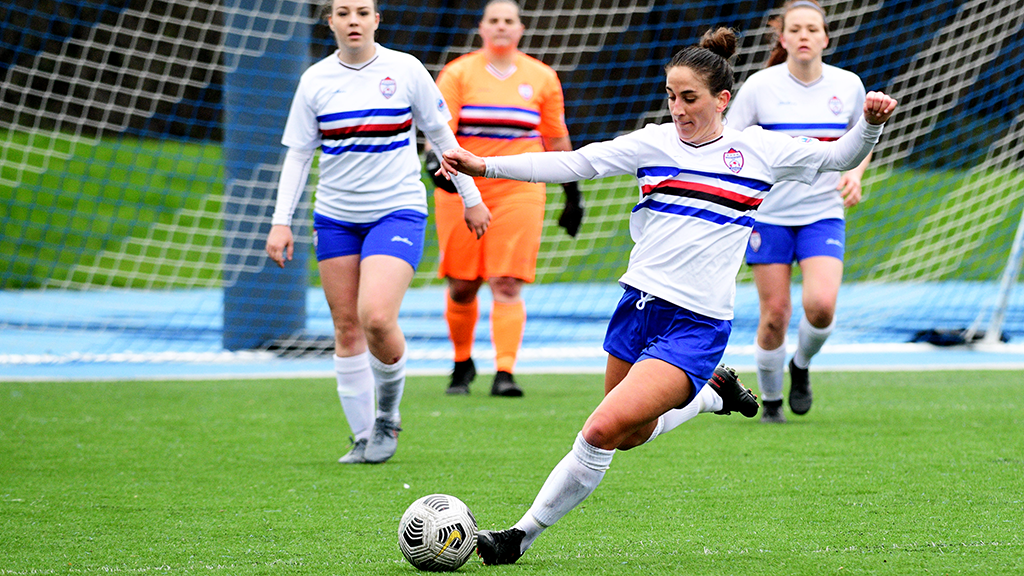 This Sunday sees North Toronto Nitros take on Vaughan Azzurri at York Lions Stadium. The game is part of a doubleheader with York United and Cavalry facing each other in the Canadian Premier League beforehand.

The L1O fixture pitches two opposing teams who are at the top of the table. League leaders Nitros are currently four points ahead of second-placed Alliance United, who could shorten that gap when they visit St Catharines Roma Wolves on Friday tonight.

Meanwhile the Azzurri are in third with three wins and two ties and still unbeaten like their Sunday opponents.

Tickets are still available to purchase and include access to both games – an event not to be missed. 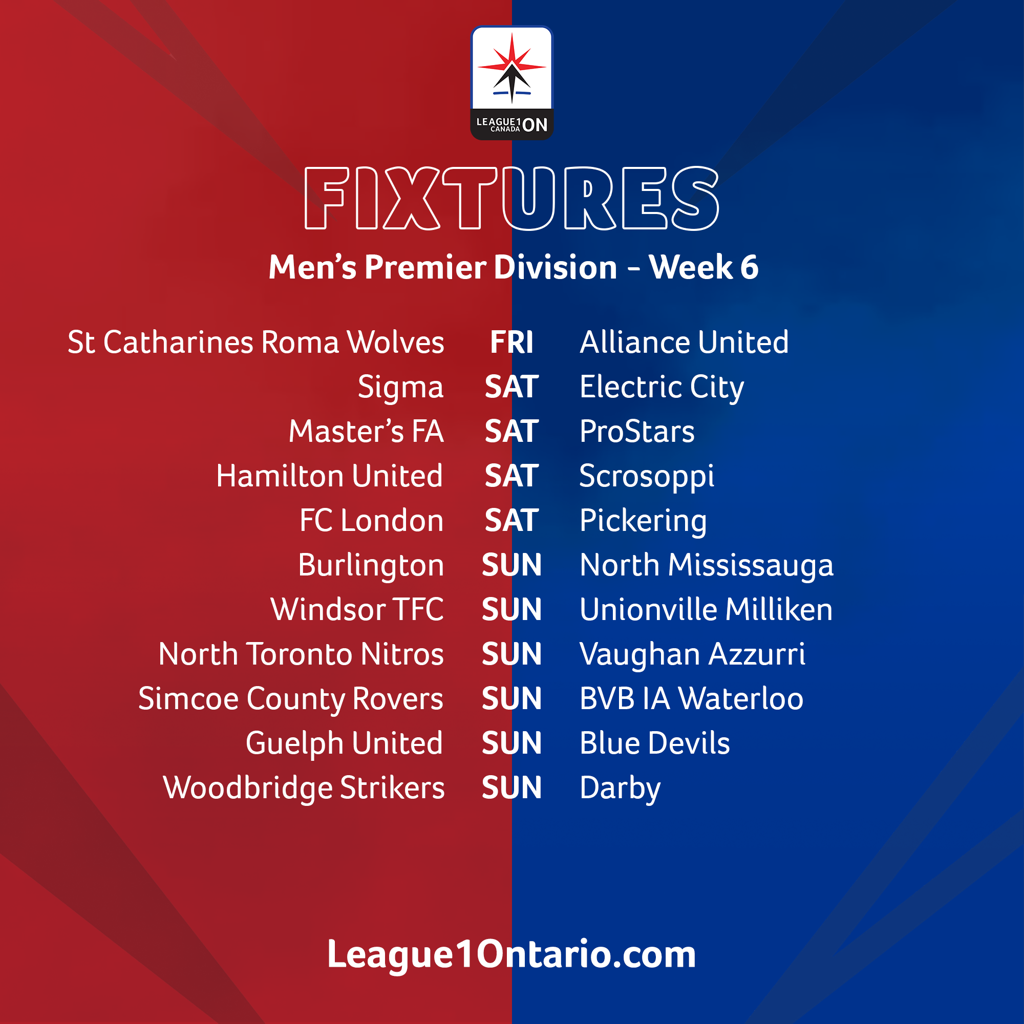 Keeping up with leaders

Simcoe County Rovers and Guelph United will need wins this weekend if they are to guarantee keeping tabs on leaders Nitros. Both are at home on Sunday, with Rovers hosting BVB IA Waterloo and Guelph welcoming Blue Devils who are on the same points this season.

Unionville Milliken and North Mississauga face trips to teams looking to push on in this Men’s Premier Division season after slow starts, Windsor TFC and Burlington. Woodbridge Strikers could bank their first win at home this season when they welcome Darby, who will want to take home their first three points from the road.

FC London are taking the Women’s Premier League by storm, five points ahead of Vaughan Azzurri at the top. They travel to fourth-placed Simcoe who could mount a serious challenge to the league leaders’ perfect record.

Woodbridge Strikers have rediscovered the blistering form that won them the Championship last year, winning four on the bounce and rising to third in the table. A win at Guelph Union could see them leapfrog Vaughan.

The Azzurri visit Tecumseh this weekend after putting five past Pickering on Wednesday, including a hat-trick from Nia Fleming-Thompson. NDC Ontario will also be buoyed to face Burlington after Kayla Briggs’ three goals contributed to an 8-0 win over Hamilton United midweek. 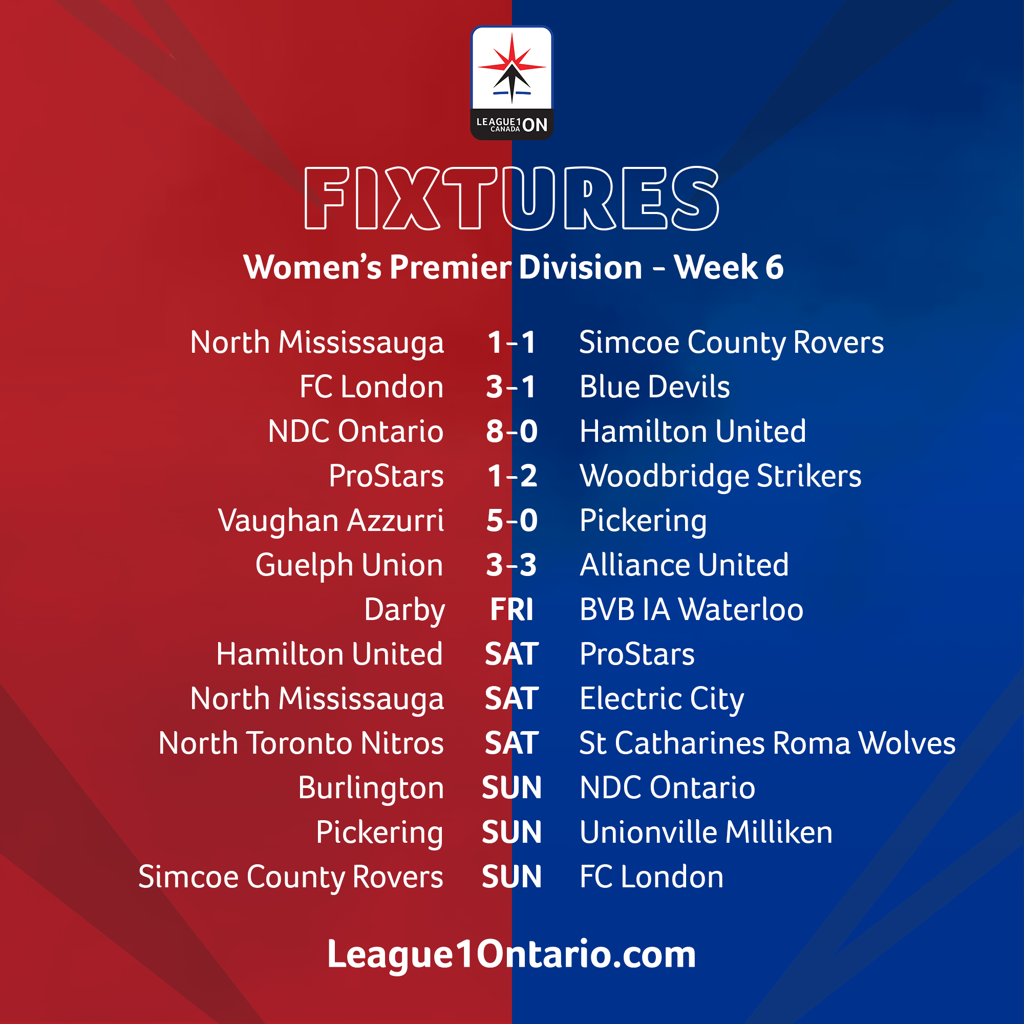 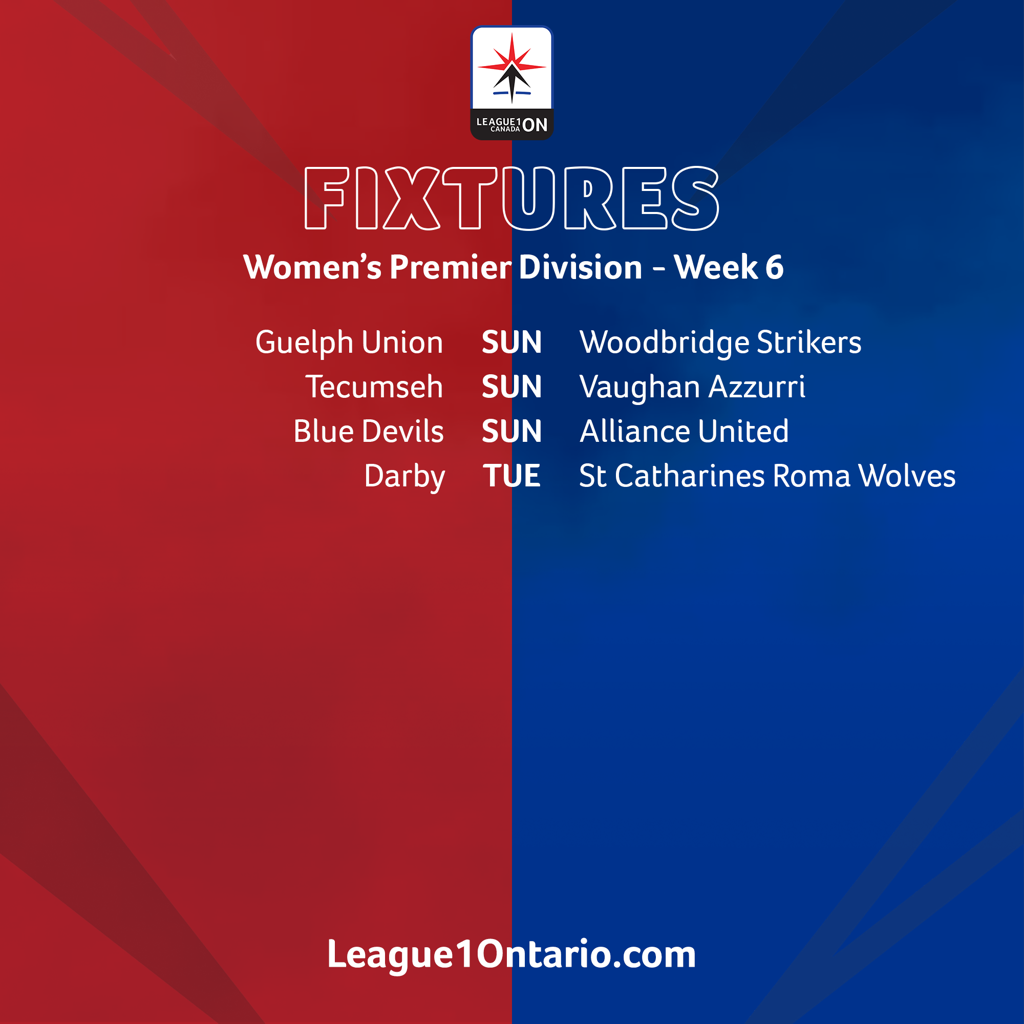 Darby kick off the Women’s Premier Division action this weekend with the visit of BVB IA Waterloo on Friday.

Electric City defeated Guelph Union 5-0 last weekend and will be entertained by North Mississauga on Saturday. ProStars will aim to pick up their first points of the season against Hamilton United who are just one place above them in the table.

Electric City’s men are looking for their first win on the road this season against a Sigma side focused on their first three points at home. This will be the Mississauga side’s long-awaited 2022 home opener.

Pickering visit FC London who are two points below them in the Men’s Premier Division table, and Master’s FA will hope they can pick up their first victory of the season against ProStars. Hamilton United host Scrosoppi in a 10th verses 11th affair.

If you can’t make the doubleheader on Sunday or want to watch the action all over again when you get home (because, why not?), the game between Nitros and the Azzurri is being streamed on the L1O YouTube channel.