Canadian Championship Preview – Springer: “It’s an unbelievable honour to lead the team out”

The former L1O and CPL player will return to the Canadian Championship on Tuesday as Guelph United’s coach, looking to make history for the whole of Ontario. 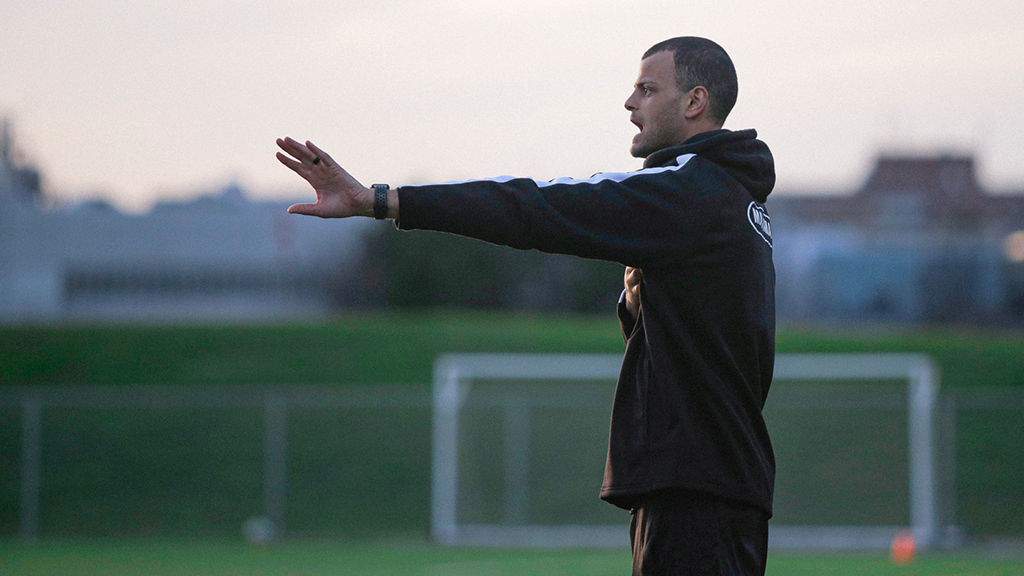 Amid all the wild celebrations of winning the Men’s Premier Division Championship Final back in November, the countdown began for Guelph United’s date in Canada’s greatest soccer tournament.

Although they were to wait another four months until their opponents were decided and the gameday could be put in the calendar, a very poignant target had been met within a year of the club’s first kick in League1 Ontario.

Last year’s incredible season was overseen by Guelph United’s coaches Keith Mason and Justin Springer; the latter arrived at the club having progressed along the domestic pathway to gain international recognition.

Springer played for Vaughan Azzurri during the 2018 Men’s Premier Division before moving onto York9 (now York United) in time for the Canadian Premier League’s inaugural season, and has also featured 15 times for the Saint Kitts and Nevis national team.

The 28-year-old from Burlington is now well-accustomed to the Guelph soccer scene having played and coached for the local college team, Gulph Gryphons. So he knows that his United players aren’t the only people who will be out to perform on Tuesday night.

“The community has been amazing,” said Springer. “It’s definitely accepted Guelph United and Guelph Union inside of our semi-professional environments within the city.

“Guelph Soccer has an amazing youth base and it’s all about engaging with everybody so there is opportunity for higher levels of play as players get older.

“Union and United have both had some strong crowd outings and that's already shown this year. I know that there have also been lots of views online and in overall social media engagement, and soccer is continuing to grow within our city.

“The Canadian Championship is certainly on our minds and how we've prepared for it, from reviewing game film to analysing ourselves and our opponents.

“Home fans can expect a great game and to feel excited when they are inside the stadium; they are going to create an amazing atmosphere that will really support the players on the field.

“Everybody knows that playing at home feels so different especially when you've got fans that are engaged, that are excited, and emotionally attached to the game and really want to see their team perform at the best level.

“That's what we can do, what we are certainly preparing for, and hopefully we can come out, play well, and the rest will take care of itself.”

Springer speaks from experience having played in the Canadian Championship while representing York9 in 2019.

He played in both the home and away fixtures against AS Blainville and helped York9 to the quarterfinals where they faced Canadian giants CF Montréal.

Although the MLS side edged out the Nine Stripes over two legs, Springer took away fond memories from the experience as well as learning points that will prove advantageous for the Guelph United players taking to the field on Tuesday night.

“This is what makes it so special for me. I still remember everything that went on in those games to this day, from how we felt as players to the excitement around the games, in the stadium, on the field.

“I’m sharing in that excitement, but now it’s also my job as a coach to make sure that we manage the emotions that our players are going to have. I certainly know how they are going to feel.

“It’s going to be a roller coaster just like every match – there’s going to be ups, downs positives, frustrations, so now it’s all about managing those to make sure we can get the best full 90 minutes out of the boys.

“It’s an unbelievable honour to lead the team out, and even just for me being a young coach in the game it’s definitely going to be a great learning experience.” 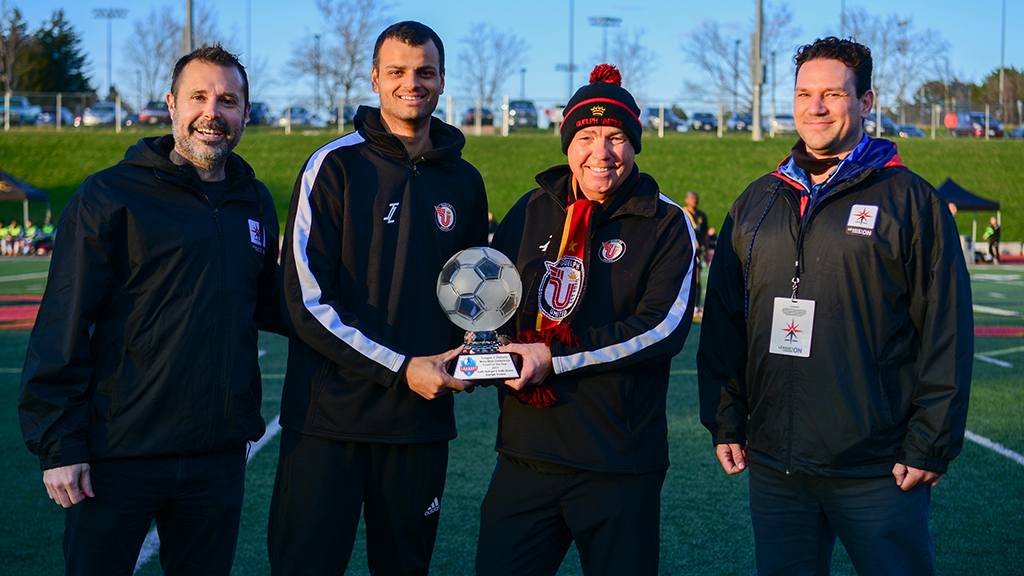 Justin Springer and Keith Mason shared the L1O West Coach of the Year award in 2021.

Springer graduated from the University of Guelph six years ago and is already giving back to current students by ensuring Guelph United provides opportunities for them to play elite-level soccer all year round.

He has not only played his part in how college soccer has grown in the city – the Guelph Gryphons championing OUA [Ontario University Athletics] men’s soccer in 2016 – but also noticed how the League1 platform is expanding.

“It really is a league that is pushing soccer forward in Canada – not only inside of Ontario – branching out across the country is absolutely fantastic.

“It continues to be a very high-level pathway of play where the standards are high through everything: the training environments, the rostering capabilities, the technological support.

“Hopefully that continues to move the needle not only on player development but coach development and fan experiences, so we continue to raise the game as the excitement turns to 2026 and everything that has to offer.”

But before all of that, Guelph United have the chance to make their own piece of Canadian soccer history and inspire the future generation of local players.

“Right from the outset we wanted to win League1 Ontario, but we also knew that came with the Canadian Championship berth and that’s always been a target of ours.

“We've also got the opportunity to be the first League1 Ontario team that moves on to the second round, and that's also gaining a lot of excitement.

“It’s all about engaging the younger players that we have within the community who will hopefully have this experience one day as they get older as well.

“We definitely want to grow the game within our city and that’s just one way we can do it.”