We look back on the weekend’s action as the League1 Ontario Premier Divisions got under way for 2022. 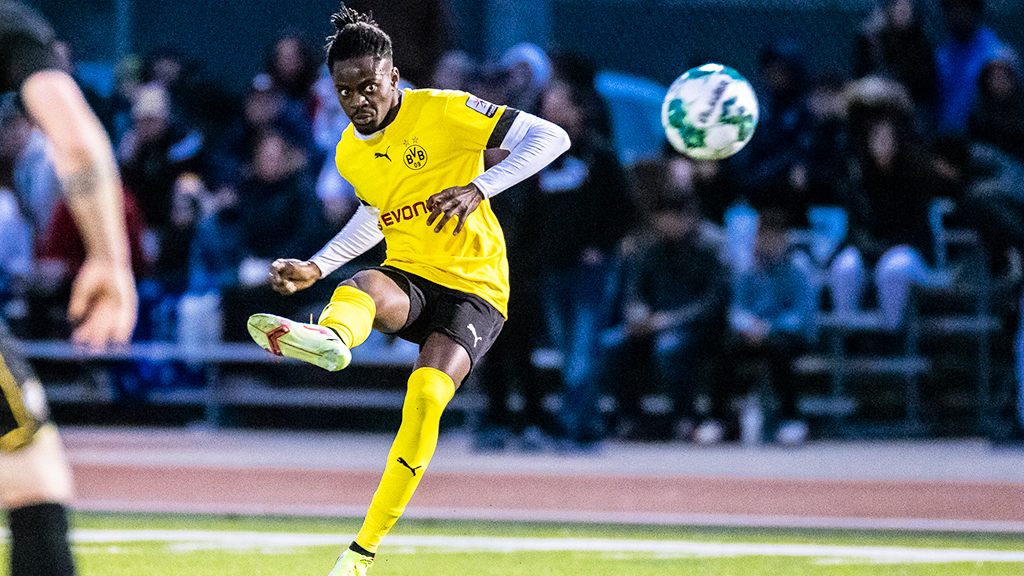 The opening round of games in the League1 Ontario Premier Division has had plenty of thrills and spills so far, with more than 60 goals being scored across the two leagues already.

If you missed it (where were you?) or you want to reminisce on a memorable weekend, here’s our review of what went down.

There were some high-scoring encounters in the first week of fixtures with teams laying down a firm marker early in the season.

The biggest score came in the Women’s Premier Division as FC London, who topped the regular-season standings in 2021, put eight past Unionville Milliken with six different scorers. The visiting side found a consolation goal through Olivia Allen in the second half.

The Vaughan Azzurri and North Toronto Nitros men’s and women’s teams also kicked off the new campaign in style, both doing a double over their opponents at the weekend.

A Leah Pais hat-trick helped the Azzurri to a 4-0 win over ProStars in the Women’s Premier Division, and Dylan Carreiro netted twice as the men’s team came out 5-1 winners. Meanwhile the Nitros scored a total of nine goals against Pickering – two in the Men’s Premier Division and seven in the women’s encounter. 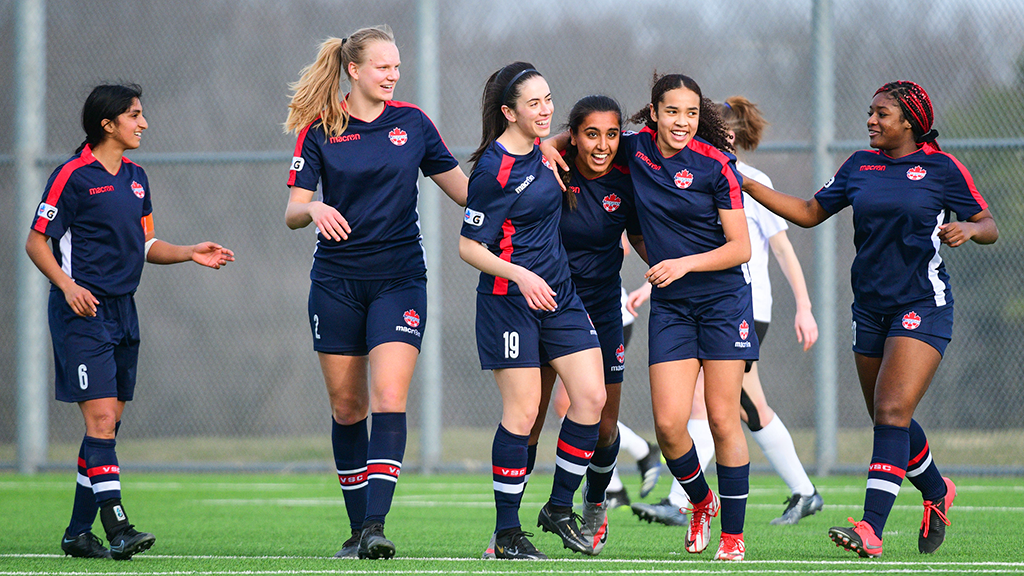 Alliance United returned to the field in the Men’s Premier Division with a 6-0 victory over last year’s playoff contenders Master’s FA on Saturday with Nirun Sivananthan and Atchuthan Sivananthan each scoring a brace.

Woodbridge Strikers’ Santino de Bartolo took home the match ball after netting a hat-trick against Windsor TFC as his side won 6-0.

A weekend of firsts

Both Electric City and Simcoe County Rovers recorded their first club wins in the opening week.

St Catharines Roma Wolves had the dream start to life in both Premier Divisions of League1 Ontario in a doubleheader with North Mississauga; the men’s team registered a 1-0 victory on Friday night before the women’s team won 2-1 on Monday.

Fellow Premier Division newcomers Guelph Union continued momentum from winning the Women’s Summer Series by beating Darby with a solitary goal, and BVB IA Waterloo started their Women’s Premier Division campaign with three points at Tecumseh after their men’s side lost to Scrosoppi.

The Guelph United and Electric City men’s teams played out a stalemate last Thursday in the Men’s Premier Division opener, before the Women’s Premier Division kicked off with reigning champions Woodbridge Strikers drawing 1-1 against visitors NDC Ontario – who were playing their first game in L1O. 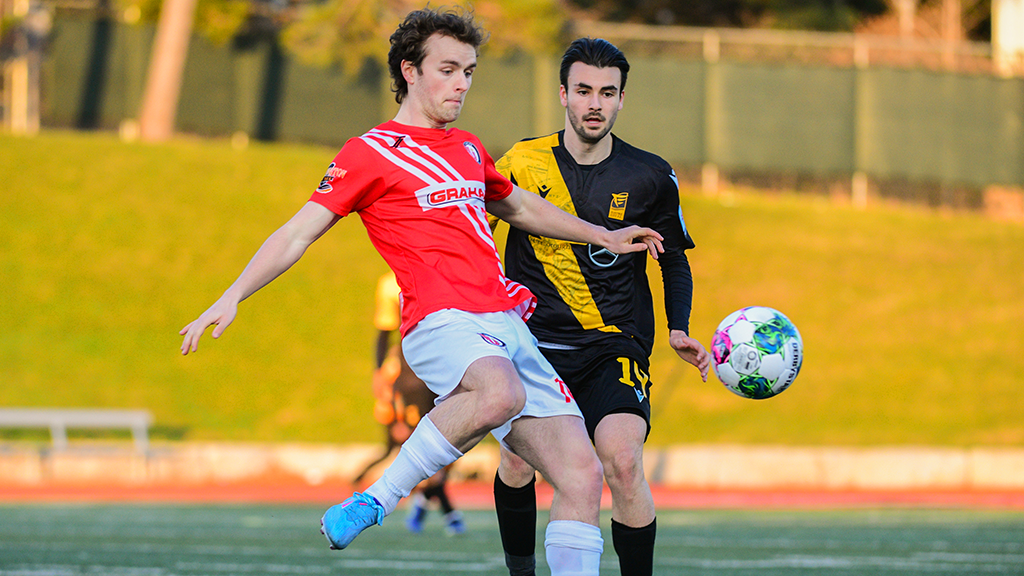 Guelph United and Electric City players concentrate on the ball 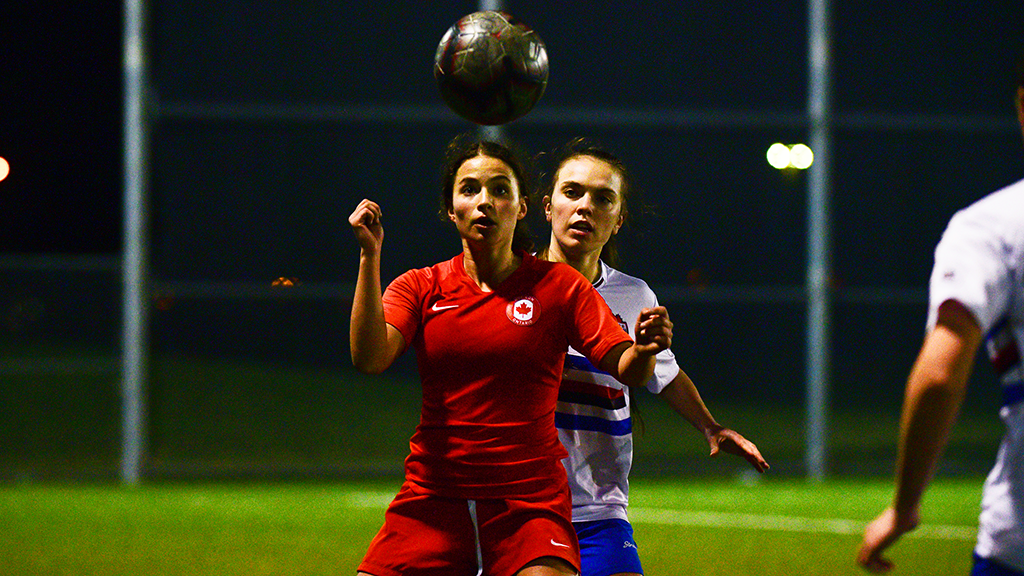 NDC Ontario player looks to control the ball under pressure

Burlington are set to make their first bow in the League1 Ontario against Hamilton United in the coming days.

The men’s teams do battle tonight at Ron Joyce Stadium tonight, before the clubs go head-to-head again in the Women’s Premier Division on Wednesday evening.