A Bluffer’s Guide to Electric City

Peterborough’s newest club takes to the field for the first time this week with a passionate fanbase ready to roar on its teams. 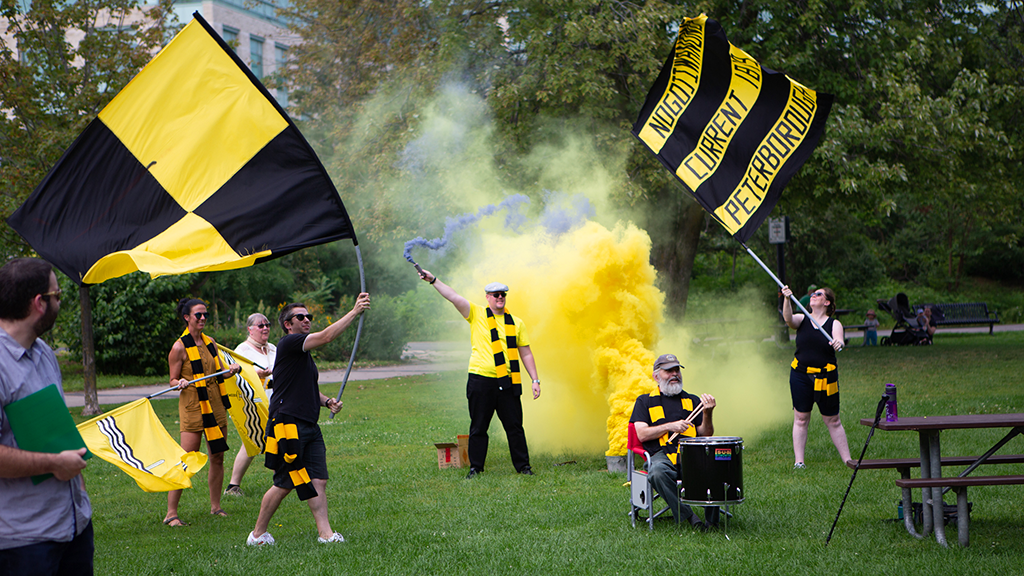 In the past eight months, Electric City have galvanized the local community with fans eagerly awaiting the club’s debut this week.

Inspired by the rich history of electricity in Peterborough, famous for its hydroelectric water plant and being the first Canadian town to have electric street lamps, this new team will be looking to light up League1 Ontario.

At the helm is Rob Jenkins – the club president. He is no stranger to building clubs from the ground up having helped to form Cavalry Football Club in the Canadian Premier League and Calgary Foothills in USL League Two.

He has established a passionate, local ownership group at Electric City of more than a dozen people – including the brainchild of the club, Keaton Robbins, and majority owner Gregory Crouch – to provide guidance through its first season and beyond.

The opportunity for a club in Peterborough caught Jenkins’ attention during the COVID-19 lockdowns and the idea started to really move forward, culminating on Thursday when Guelph United welcome Electric City to Alumni Field for the 2022 L1O opener at 7:30pm.

Electric City have also announced plans to build a 74-acre world-class training facility on the outskirts of the town over next three years.

“We went to work in putting together a very unique ownership group,” said Jenkins when unveiling Electric City into L1O in October. “We didn’t just want one person to come in with lots of money; we wanted a diverse group of owners.

“They all share franchise responsibility, all have ties to Peterborough, it’s all about the community and this one is very passionate about itself and being loyal to the local restaurants and the local history.

“I look at the gameday experience of the different clubs I’ve created and when you have a smaller market, it’s a lot easier for the club to saturate that market and have everybody in the community buy in. That’s one of the reasons why I really like the small community.

“It’s amazing that we haven’t even kicked a ball and we have a supporters’ group waving flags. We had a great night on August 13th [2021] at the brand launch and people have been really excited.

“One of my passions is gameday experience as well, so we are going to put on a show here not only on the pitch but off the pitch and be a place for people from Toronto or all over Ontario who want to make that road trip and say: ‘Yeah I want to go check this out, this sounds pretty special.’” 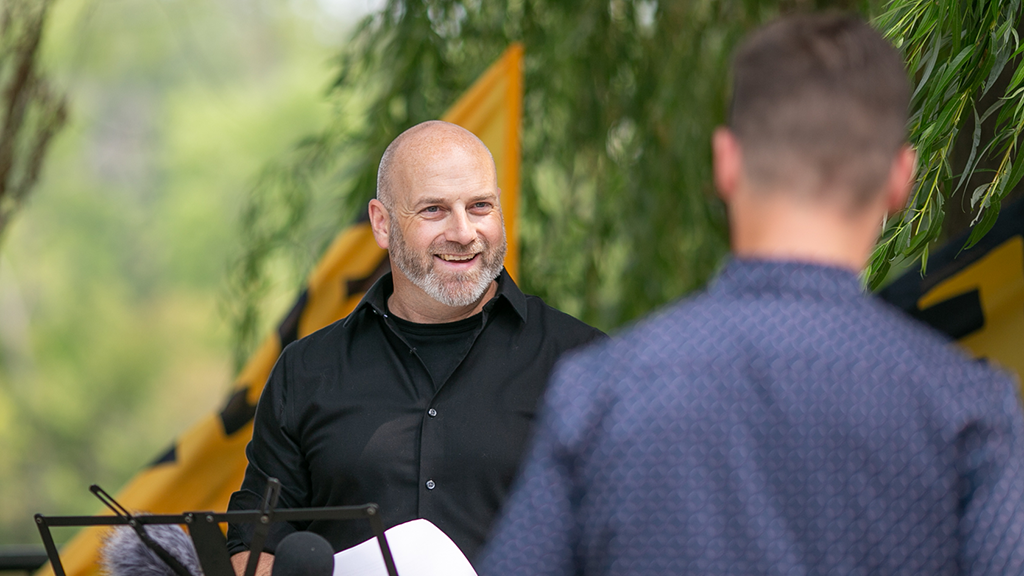 Ontario native Michael Marcoccia was the first appointment following his six years at FC London, during which he spent time with both the men’s and women’s teams, posting a century of wins and just 28 losses.

But Marcoccia regretfully parted ways due to personal reasons in February and Electric City looked further afield to find the perfect man for the job. Enter, Jamie Sherwood.

The Welshman has a UEFA A Licence and coached Yeovil Town Ladies in the Women’s Super League – the top tier of women’s football in England – after guiding the club to promotion from WSL 2 in 2016. He also won silverware with Cardiff City Ladies and spent time with the Wales Football Association.

Given his experience in the women’s game, Sherwood will also work with Electric City’s Women’s Premier Division team and their head coach Randy Ribeiro, who previously led the women’s reserves program at FC London.

Ribeiro will also assist Sherwood in the men’s team having recently retired from playing in League1 Ontario himself – featuring for FC London from 2016 and 2021 and breaking the club’s all-time appearance record.

This is not the first time that soccer has found a home in Peterborough. Electric City have profiled the pioneers before them on the club’s website and acknowledged the history of the sport in the town that goes back as far as the 1880s.

Now in the 21st century, Electric City are bringing a new energy to Peterborough and League1 Ontario and will be aiming for nothing less than to make their soccer ancestors proud.