League1 Ontario will return to pitches all across Canada's largest province as the 2022 season kicks off on April 21st, with more teams, more dreams, and more drama than ever before.

But a lot has happened in the last couple of years. So if you are following this competition for the first time, or if you are just in need of a refresher, here’s a summary of what went down in 2021 ahead of what is expected to be a bumper campaign.

A Different State of Play

The 2020 season was cancelled due to the COVID-19 pandemic, which meant 2019 champions Master’s FA (men’s) and FC London (women’s) had to wait a very long time to defend their crowns.

But when L1O was able to return to play in the summer of 2021, its Premier Division ranks looked quite different, with some teams opting out and others participating in a one-off Summer Series tournament.

The Men’s Premier was split into East and West conferences, with seven and eight teams respectively. But despite the lengthy lay-off from Premier division action – having not played since 2019 – some teams needed no adjustment period whatsoever.

Vaughan Azzurri won 11 of their 12 games in the 2021 regular season – the only team coming close to stopping the run was Master’s FA, who forced a 3-3 tie.  In fact, Vaughan will go into the 2022 season not having lost a single regular-season match since July 28, 2019. Considering that their Reserve teams swept the 2021 Reserve League championship finals, it is fair to assume that the future is bright for the Azzurri.

However, despite that prolific regular season, Vaughan was eventually knocked out of title contention in the postseason by Blue Devils FC who earned a hard-fought 2-1 win, courtesy of a Leaford Allen brace, to reach the Championship Final. 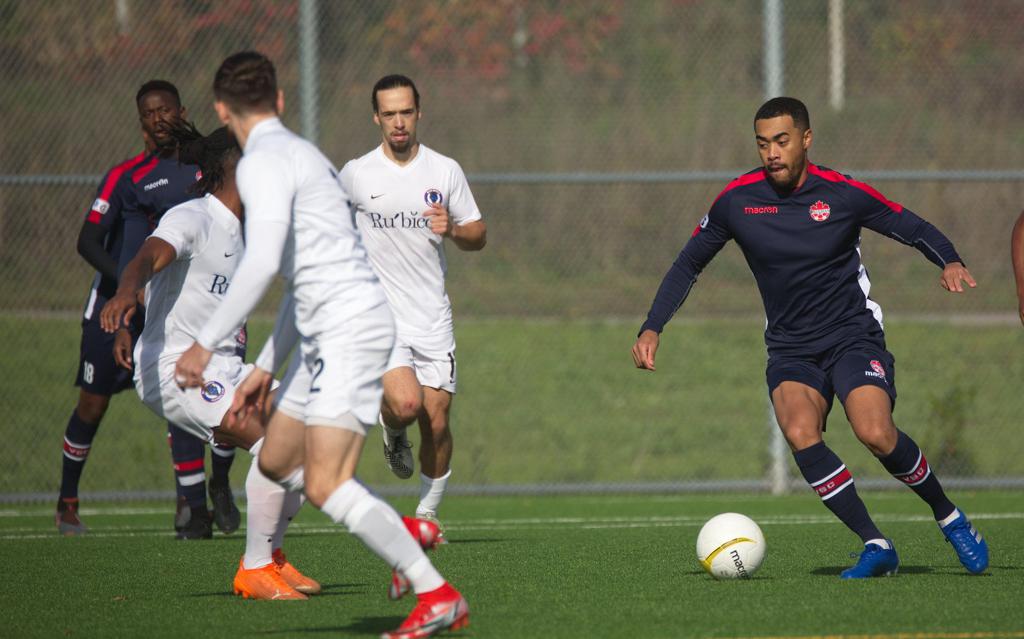 The Men's Final would ultimately be an all Western Conference affair.

Guelph United FC, an expansion side that had started the season with an impressive six-game winning streak and went on to score more goals than any other L1O men’s side in 2021, survived a scare in their semi-final matchup with defending champions Master's FA, coming out on top after needing 11 rounds of penalties to decide a winner.

It proved to be a fairytale debut season for Guelph, who defeated Blue Devils 3-1 in the Final, with golden boot winner Jace Kotsopoulos adding two more goals to his impressive 2021 tally, as well as taking the Final’s MVP award.

Guelph’s victory meant they became the fifth different team to have been crowned Men’s Premier champions since the league’s inception, with TFC III, Blue Devils, Vaughan and Master’s FA all preceding them in securing the league's most coveted prize.

Not only did Guelph United win the Championship, and with it earn a berth in the 2022 Canadian Championship tournament, they also earned a clean sweep of all West Conference Individual Awards.

After finishing atop the 2019 regular-season table, the Oakville-based Blue Devils Women were forced to roll out a somewhat overhauled lineup in 2021.  With that said, Head Coach Natalie Bukovec did manage to retain stalwarts such as Laura Twidle, who wound up having her best L1O season, earning the MVP Award during the end-of-year voting and leading her team to a fourth-place finish in the table, good enough to secure a playoff berth.

In the Semi-Finals, Blue Devils would travel west to take on 2021 regular-season champions FC London, led by Golden Boot Winner Jade Kovacevic and midfield maestro Julia Benati.  Homefield advantage meant very little on that day, as Blue Devils knocked off the three-time Champions to book their place in the Final. 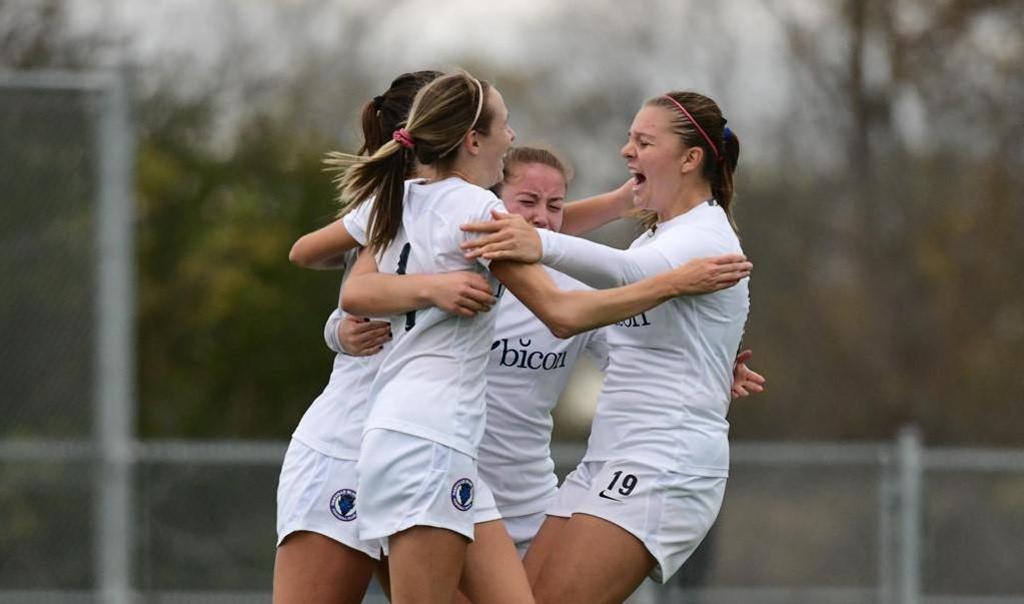 The Championship would see Blue Devils line up against Woodbridge Strikers, who won just two of their opening seven games to start the 2021 season before conjuring a four-game winning streak, scoring 19 and conceding just one.  That well-timed run of form saw the Strikers shoot up the table, finishing in second place overall and earning home-field advantage against rivals Vaughan Azzurri in the Semi-Final.

In that hard-fought match, Woodbridge staged a dramatic come-from-behind victory, scoring an 80th-minute equalizer before prevailing 4-2 on kicks from the penalty spot to advance to the Final.

Unfortunately for Blue Devils FC, their Women’s Premier side would suffer a similar fate as their Men’s side in 2021.  Serena Dolan’s dipping freekick from distance in the first half was the deciding factor on a chilly November evening, handing Woodbridge the opportunity to finally raise the piece of hardware they coveted most, having been runners-up far too many times. 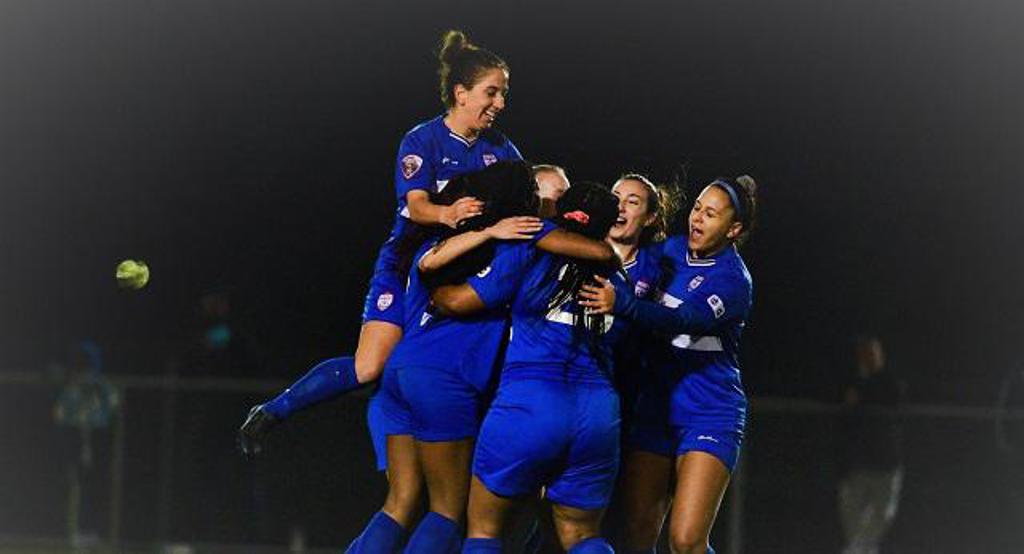 The Strikers’ victory not only meant that they added to their L1O Cup silverware earned back in 2018, but their coach Dave Porco and goalkeeper Vanessa Fiore also had to make more space on their own mantelpieces, having earned the 2021 Coach of the Year and Golden Glove awards. 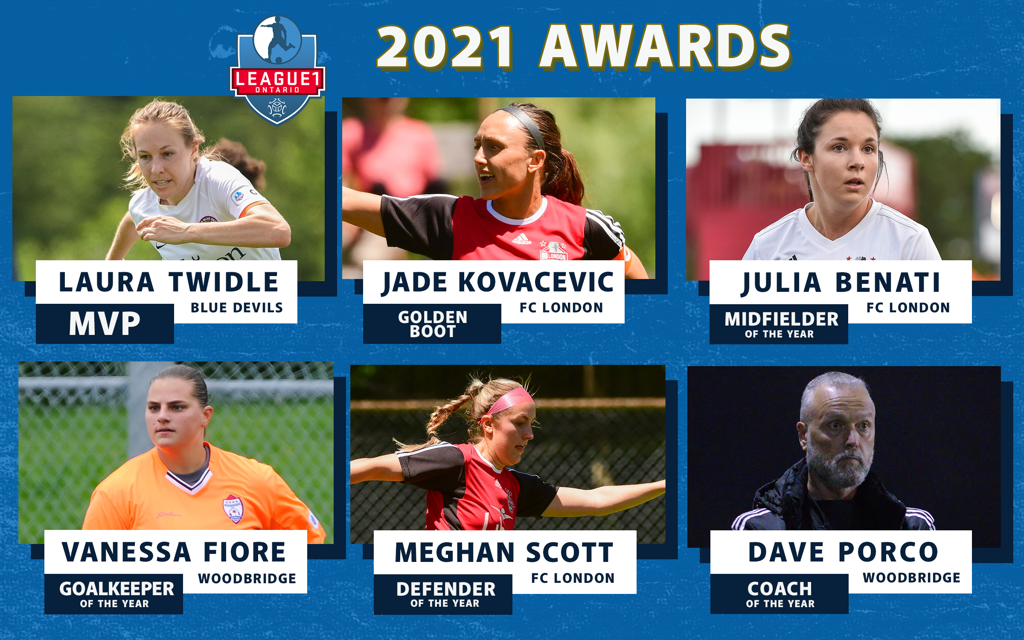 With a number of new clubs joining the L1O ranks for the first time, and some established clubs returning teams to the field in 2022 after opting to sit out the 2021 season, plenty has happened during the offseason.

Guelph Union are in a unique position. After the 2021 expansion side opted to participate in the Women’s Summer Series tournament (which they won, posting a perfect 6-0-0 record), they are now set to embark on their first year in the Women’s Premier Division, hoping to recreate the success they enjoyed in that unique, short-season competition.

St. Catharines Roma Wolves also debuted in 2021, and also chose to compete in the Men’s edition of the Summer Series.  For 2022, they have added a Women's Premier Division team to the mix.  Both teams enter the season with big ambitions and with the goal of delivering entertaining football to their enthusiastic fanbase, who help make Club Roma one of the most enjoyable venues to enjoy League1 Ontario action.

Both of Pickering FC’s Premier Division squads are set to return for the first time since 2019, with the club now backed by a new ownership group that boasts significant experience operating clubs at this equivalent level in China, England, and the US.

Burlington SC has chosen to mark their historic 60th anniversary by moving to L1O in the offseason, attaining the licenses formerly held by 1812 FC Barrie.  The club, which is renowned for fielding top-quality youth teams over the years, will look to surprise opponents in its inaugural season.

Brampton-based ProStars FC has re-joined the Women’s Premier Division, having been one of the initial seven teams that helped get the L1O Women's Division off the ground in 2015. Brampton and the surrounding area is a hotbed for footballing talent so ProStars will look to make a strong impression in their second tour of duty.

Peterborough's Electric City FC and Barrie-based Simcoe County Rovers are putting their men’s and women’s teams onto the field for the first time and making a lot of noise in the process.  Electric City is busily constructing their own soccer center of excellence, complete with its own soccer-specific stadium.  Simcoe County will stage its home matches at J.C. Massie Field at Georgian College and they boast a star-studded ownership group consisting of current and former Canadian national team players.

The final addition to the L1O Premier Division mix for 2022 is the National Development Centre-Ontario (NDC-Ontario), which hot-houses a group of the province's best and brightest female talents under the age of 18, many of whom have earned multiple Canadian youth international caps.  Their presence adds both prestige and intrigue, while also helping L1O further its mission to improve the development pathway for local payers.

The Men’s Premier gets underway on April 21 as Guelph United begins their title defence against newcomers Electric City. 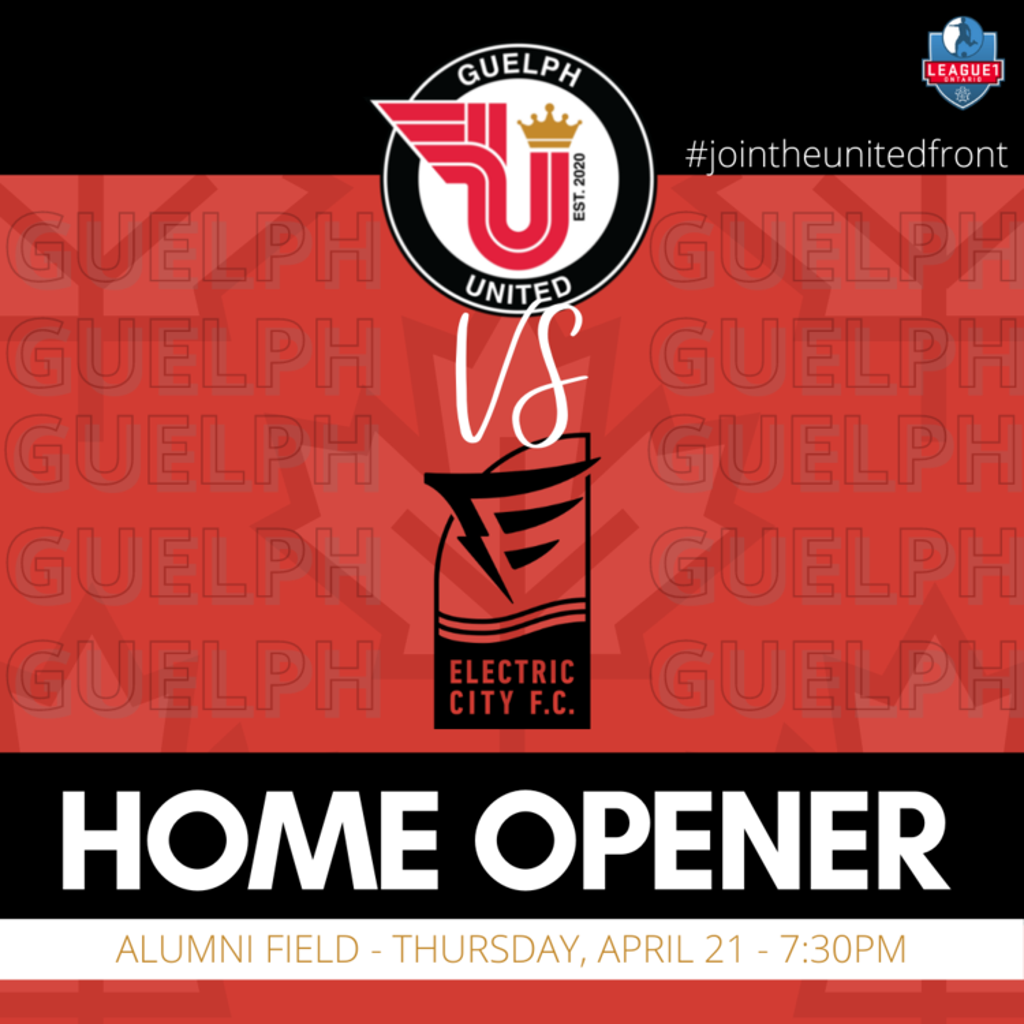 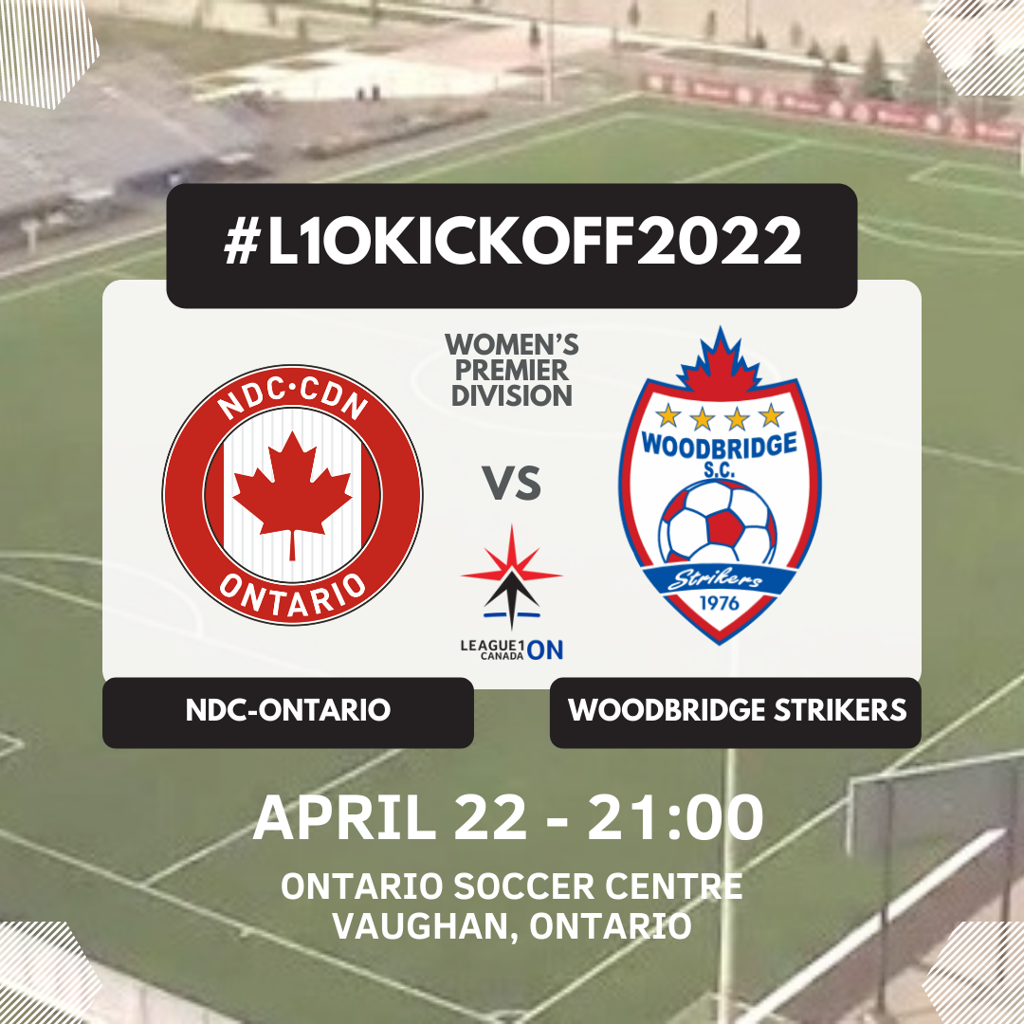 An additional nine matches are scheduled for the #L1OKickoff2022 Opening Week, as follows: