2022 SEASON TO FEATURE 22 TEAMS, 236 MATCHES BETWEEN APRIL AND SEPTEMBER 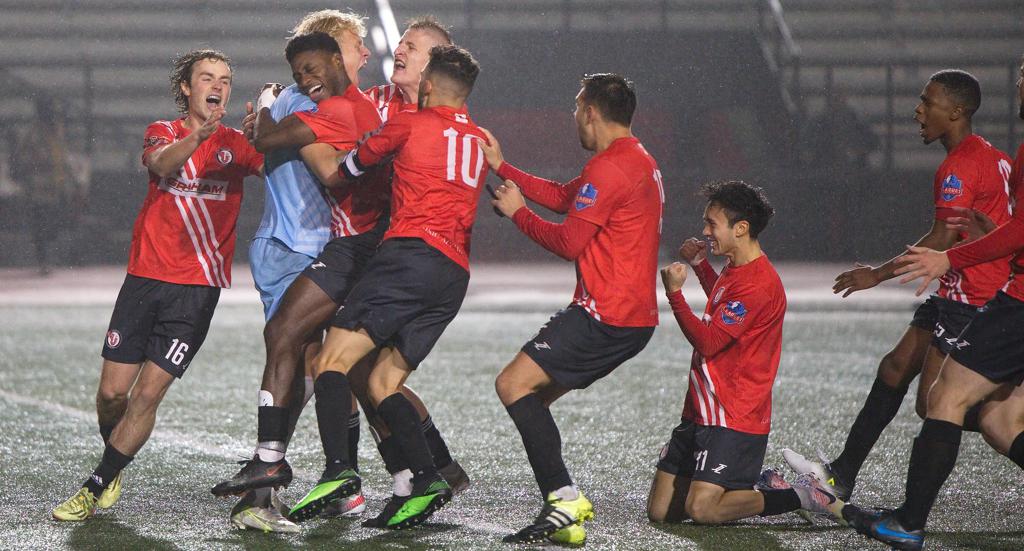 THE CHAMPIONS ARE READY TO DEFEND THEIR TITLE AGAINST ALL COMERS (Photo: Paul Hendren/CANSPORTSWRITING)

The highly anticipated 2022 Season will be noteworthy for a number of reasons.  Not only does League1 Ontario return to its normal spring/summer calendar for the first time since 2019 but the Premier Division will also feature the largest ever slate of teams, with 22 Men’s playing a total of 231 regular season matches between April and August.

The league welcomes a number of new teams for 2022 with Electric City FC (representing Peterborough), Simcoe County Rovers (who call Barrie home) and Burlington SC readying themselves for their inaugural seasons.

Additionally, St. Catharines Roma Wolves and the newly rebranded BVB IA Waterloo (formerly Waterloo United) will participate in the Premier Division for the first time, after opting to compete in the 2021 L1O Summer Series.

"We could not be more excited to kick off the 2022 season," said L1O Executive Chairman, Dino Rossi. "We have emerged from two pandemic impacted years stronger than ever and with a very bright future ahead of us. There is an unprecedented level of energy and anticipation coursing through the league in the run up to 2022."

In all, a total of 11 Men's Premier Division matches will be contested across the province over the course of the opening round.

The Men’s Premier Division will see each of its 22 teams playing a total of 21 regular season matches (one match against every other team in the league) over a span of 18 weeks, with the Regular Season winding up on August 21st.

L1O License Holders voted in January to introduce a new Playoff format, whereby the top 6 teams in the table at the end of the Regular Season advance to the post-season.  The top 2 finishers will advance directly to the Semi-Finals, which are set for August 27th or 28th, while the teams finishing in the 3rd, 4th, 5th and 6th spots in the table will be required to take part in a "play-in" round in order to book their ticket to the Semi-Finals.

The Championship Final has been set for Saturday, September 3rd and will once again be staged at the Ontario Soccer Centre Stadium in Vaughan.

The winners of the Championship Final will also earn a berth into the 2023 Canadian Championship as the official L1O representative. 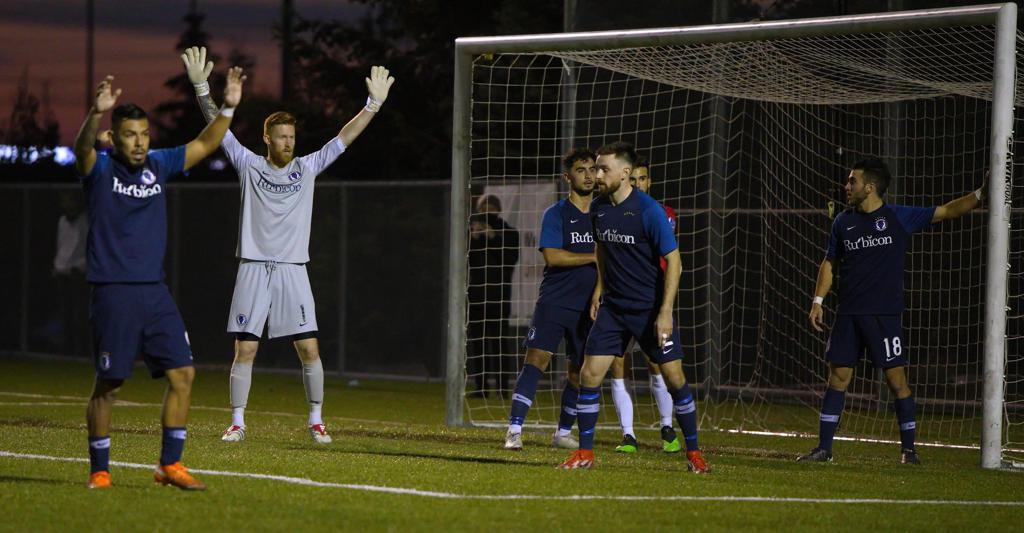 HANDS UP IF YOU ARE EXCITED FOR THE 2022 SEASON (Photo: Paul Hendren/CANSPORTSWRITING)

As part of the league's "Return to Normal" strategy, L1O will relaunch its weekly Livestream of the Week.  Each featured match will be streamed on League1 Ontario's YouTube Channel, which also hosts a vast archive of every L1O match that is played throughout the season.

League1 Ontario will also be unveiling a revamped website in the coming weeks. The full 2022 schedule will be uploaded exclusively to that new website.  However, until the new website goes live, the full Men's Premier schedule can be found here.

Regular Season schedules for the Men’s U21 Reserve Division, and the newly introduced U19 Division, both of which kick off in early May, will be published the week of April 4th. 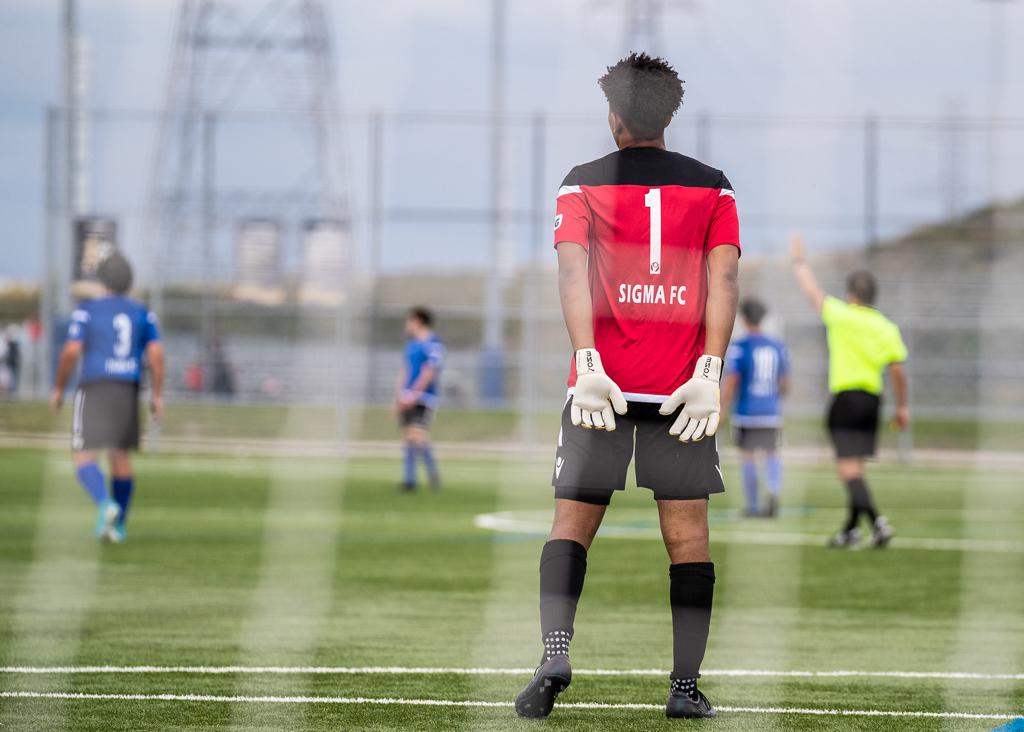 League1 Ontario is the province of Ontario’s pro-am, standards-based, senior league. Founded in 2014, the league began with a ten-team men’s division, which has now grown to 22 teams in the Men’s Premier Division and a separate 20 team Women’s Premier division. League1 Ontario serves as a stepping stone between the high-performance youth level and elite amateur and professional levels of the game in Canada's largest province.

Owned and managed by Canadian Soccer Business (CSB) and sanctioned by FIFA through the domestic bodies of Canada Soccer and Ontario Soccer, League1 Ontario’s primary focus is the showcase and development of Canada’s future stars. 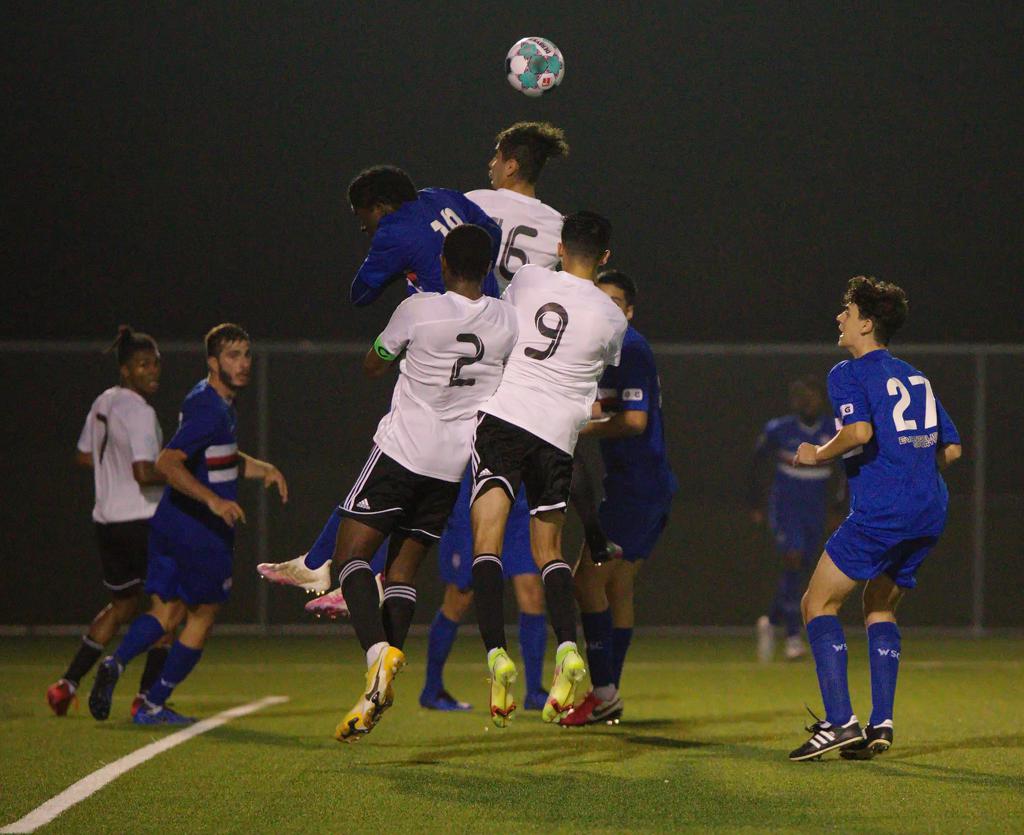