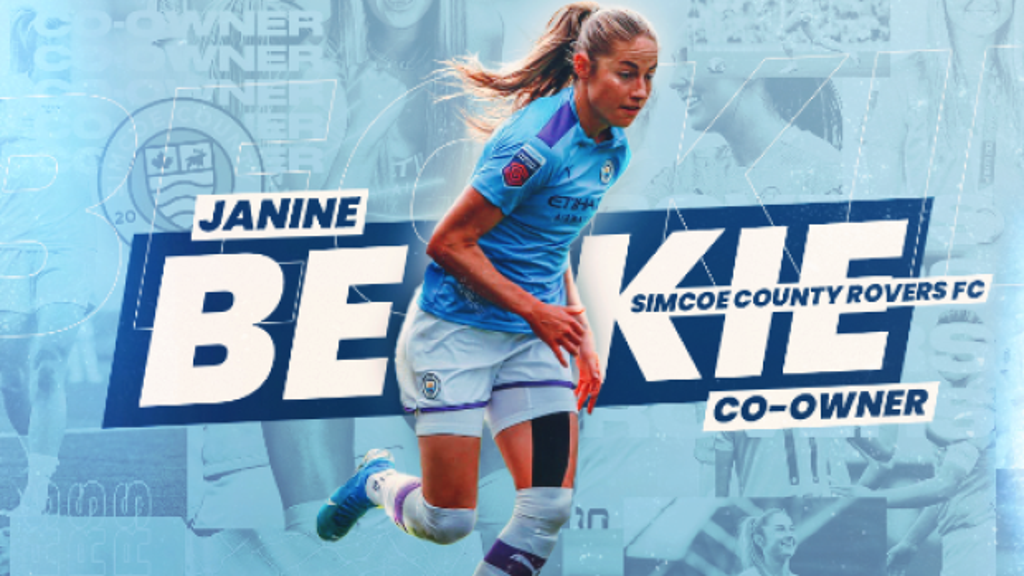 Beckie, 27, is a four-year veteran of Manchester City having amassed 46 appearances and six goals during that time. The Saskatchewan native has played an integral part of Canada’s women’s program since making her debut in 2015 – going on to score three goals in the Bronze-winning 2016 Olympic Games in Rio.

“If we want the sport to continue to grow in our country, young girls have to see their idols and their peers playing the game at a high level,” she told the Toronto Star. “You don’t go from zero to 100 ... That’s why I’m really excited about being a part of this project, because this is one of those stepping stones.”

She scored twice at this Summer’s Olympics in Tokyo – the team’s joint-top goalscorer – helping the side earn a Gold Medal in the process.

Simcoe County, headed by Canadian men’s national team great Julian DeGuzman, is set to field men’s and women’s outfits in their expansion 2022 campaign. Victor Oppong is set to head up the men’s side as coach while Audra Sherman takes head coaching duties with the women's group.

More on the club’s addition to L1O can be found here.