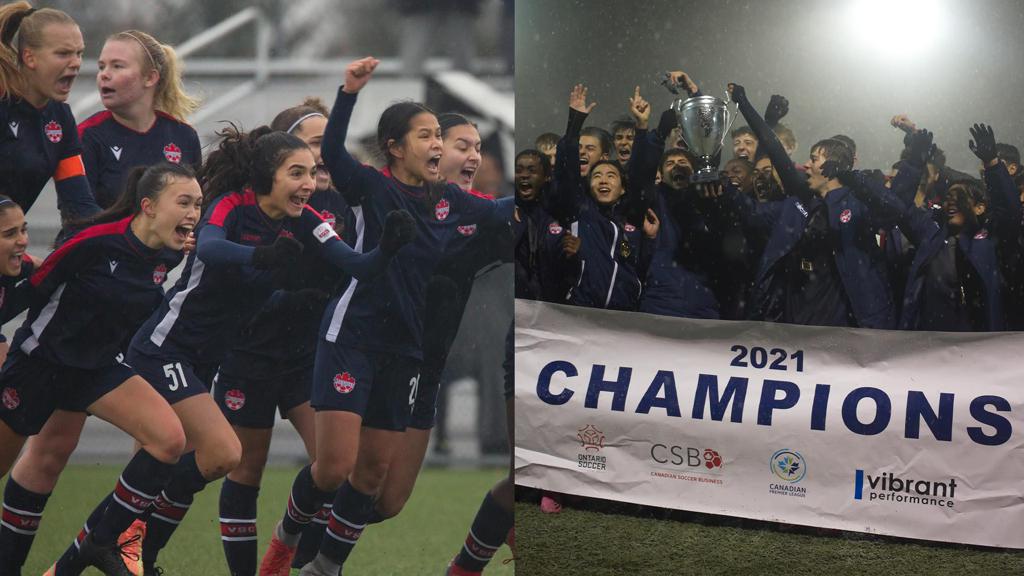 Vaughan Azzurri were big winners of League1 Ontario’s reserve division this weekend, taking both the men’s and women’s titles in dramatic fashion at Ontario Soccer Centre in Vaughan.

The women’s final brought an entertaining affair with Unionville Milliken that ended in a six-round penalty shootout. Unionville took the lead in the 11th minute when Olivia Allen poked a ball past the rushing keeper and finished on the empty goal. Francesca Famele equalized from the penalty spot in the 30th minute, leaving a deadlock that remained through halftime and into penalties.

Vaughan won the shootout when Unionville failed to convert on the sixth attempt putting the Azzurri, who finished fourth in the regular season with a 7-2-3 record & 24 points, atop the pile in the reserves.

On the men’s side, Azzurri’s “C” team took on FC London “B” in chilly conditions later in the night, beating the GTA visitors 3-0 on the back of a Dujon Martin brace. Ronan Woodroffe took the clean sheet for a Vaughan side that went 9-2-1 (29 points) in the L1O Reserve East Division and beat AIFC 4-1 in the semi-final.

Vaughan lifted their second title on the day as the snow flew – a perfect end to the 2021 League1 Ontario season.

Photos of the matches can be found here.