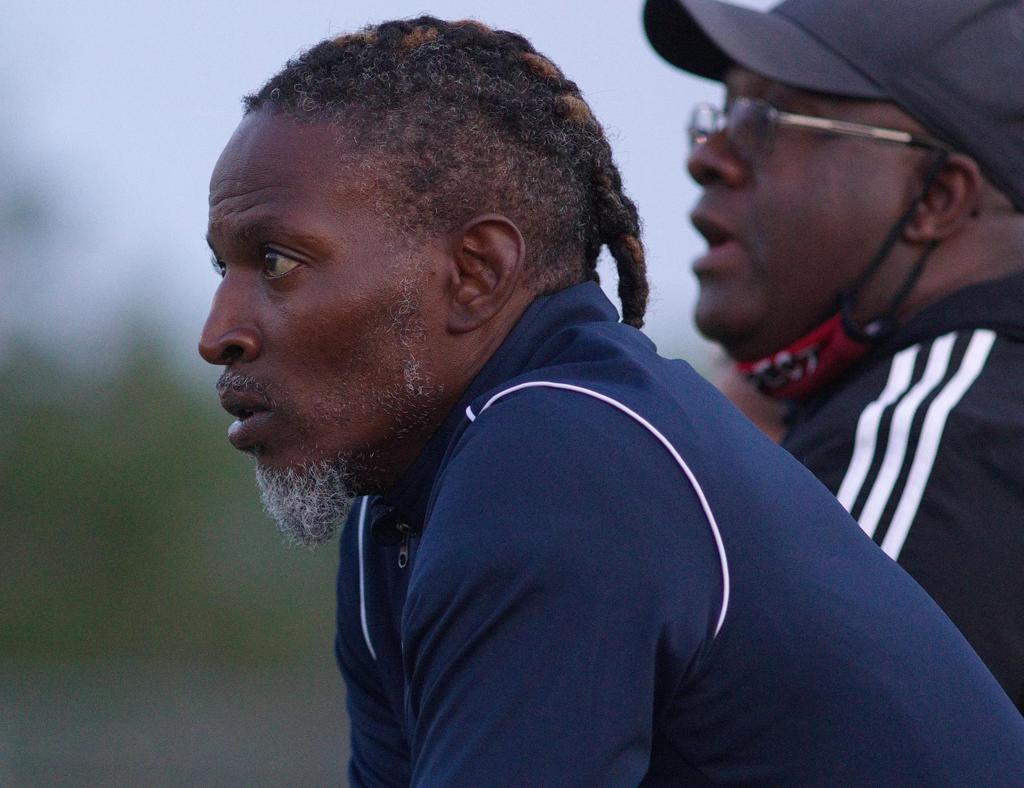 “Where is Evan Dick, where are you Evan Dick,” was the query from a dominant voice.  The inquiry cascaded over the masses who gathered on the pitch to celebrate Guelph United F.C’s eleventh-hour victory to secure their place in the Final.

The man behind the voice was Rick Titus –an iconic soccer personality in Southern Ontario both as a player and now as a coach/manager. Titus had brought his visiting Masters Futbol Academy team to Guelph to defend their 2019 League1 Ontario title.  It was a championship that sat dormant for the 2020 campaign while the nation battled a terrible pandemic.

The event was a one-game elimination semi final encounter against fledgling Guelph United.  The hosts from the Royal City had taken League1 Ontario by storm during their inaugural campaign, capturing the West Division title. Their lofty position in the league set up their encounter with the Eastern Division runners-up from Scarborough.

Coach Titus eventually found Evan Dick; the two embraced and shared some long winded pleasantries.  Their interaction was more than two warriors coming together as a courtesy from the residuals of competition. It was a mentor conceding defeat, congratulating his former pupil for kicking his backside, while basking in the glory of his former student’s success. The game was a classic encounter, played hard without the cynicism that at times engulfs the sport during epic moments. It is widely considered the best game of the 2021 League1 Ontario campaign with Guelph prevailing after eleven rounds of penalties. “The game, everything about it, was good for soccer and it is one of the very few games that I have coached when I didn’t feel despondent about losing,” conceded Titus who admitted that he has watched film of the game multiple times.

Dick is the tenacious midfielder for Guelph United F.C. who has also carved out a stellar University career as a Guelph Gryphon.  The irony, however, is that Guelph’s Number 11 honed his skills during his formative playing days under Coach Titus. The two had joined forces at the time as members of the North Mississauga Panthers after Titus convinced the diminutive pre-teen and his parents to abort a rival soccer organization and grow with his new program. 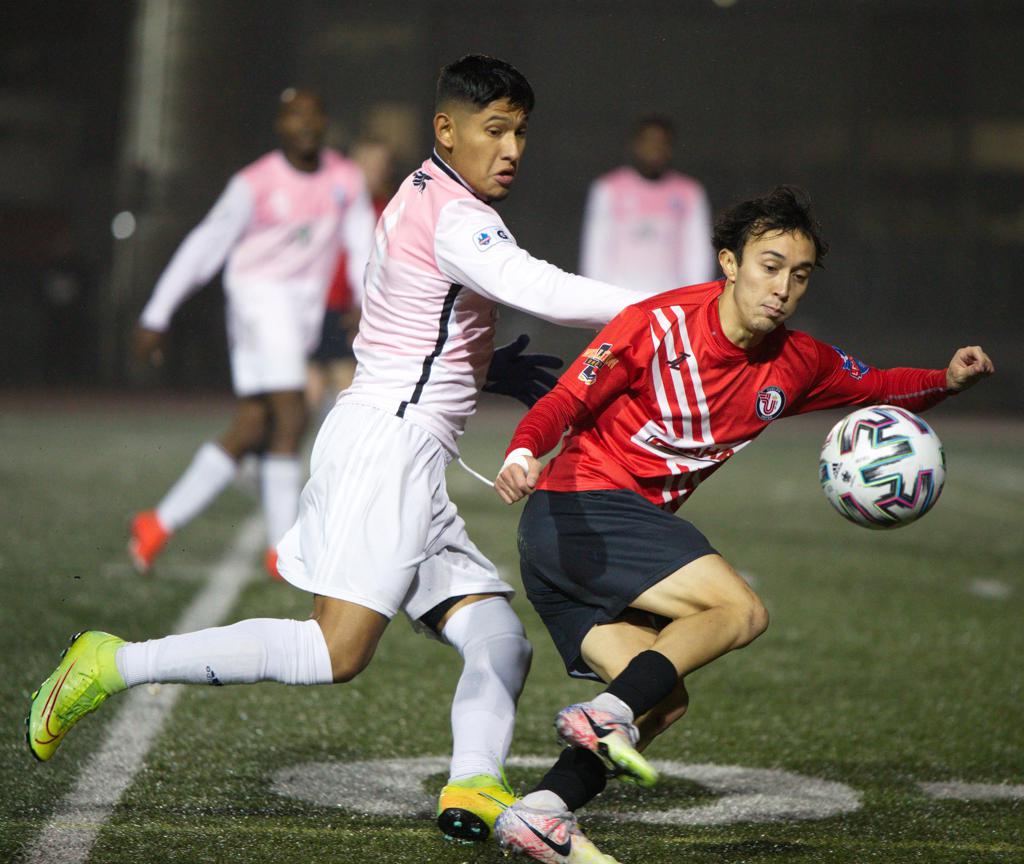 Titus returned to Ontario after honing his coaching skills with the Vancouver Whitecaps organization before the West Coast team had formalized their academy program. He wanted to try his luck at coaching youth soccer and was asked by North Mississauga to bring together some talented house league players to form a competitive travel team. But Titus needed more than talented house league players to compete in the hyper- competitive landscape of youth soccer in Halton Region. He needed players like Evan Dick. “When I first saw Evan play he was a little tiger, running around the field tearing it up,” explained Titus. “His first touch was deadly.” The two joined forces for several years and helped mould North Mississauga into a formidable unit.

For Dick it was not always an easy ride under the tutorage of Titus. “There were tough times with him (Titus) but I’m so thankful that he did that because he taught me so many life lessons,” Dick explained of his youth soccer experience. The Masters’ Coach admitted that he was tough on Dick and his parents. “Yeah, I roughed him up a bit and at times showed him some tough love, “ he reported. But Titus admitted that Dick’s quality of play in the semi final was impressive. “Evan is providing so much quality to our game,” stated the proud mentor.

Evan Dick was not the only player on the pitch in Guelph with deep rooted connections to Titus.

Matthew Morris and Reshon Phillips, both integral members of Masters F.A., have also played for Titus as youth players. Jace Kotsopoulos is also a familiar face to Titus during his years of coaching Youth Soccer at North Mississauga. “It was an incredible experience for me seeing all these players on the same field the other night, “announced Titus who couldn’t hide his excitement.

Titus admitted that today’s players may be technically better than players of yesteryear but he hopes that he has instilled his own drive into them.

“I had a pretty insatiable drive to become a professional that helped mould me as a player and as a person,” he stated. “I think Matthew, Reshon, Jace and Evan all have great futures in the professional game,” he added.

While Ethan Dick will be leading his Guelph United teammates into battle on Sunday for the 2021 League1 Ontario title Titus is planning for next season. Although his organization is strapped for funds he is hoping that while moving forward he can find the necessary resources to train his League1 Ontario team appropriately. He is also hoping that his own talented squad of footballers can maximize their collective potential and recapture their glory of 2019.

Titus, however, has taken solace knowing that he will have some influence on the upcoming League1 Ontario title game. His green is certainly better than blue.

Paul Hendren, member of the International Sports Press Association, is a freelance journalist and visual story teller based in Scarborough.