The League1 Ontario Premier Division Finals have been set after four exhilarating semi-finals this weekend.

Men’s final will be played between expansion side Guelph United and Blue Devils FC while the Women’s will see the Blue Devils’ female side take on Woodbridge Strikers.

Blue Devils were, again, the story of the week after posting two major upsets to book their spot on L1O’s Super Sunday at Ontario Soccer Centre next weekend. 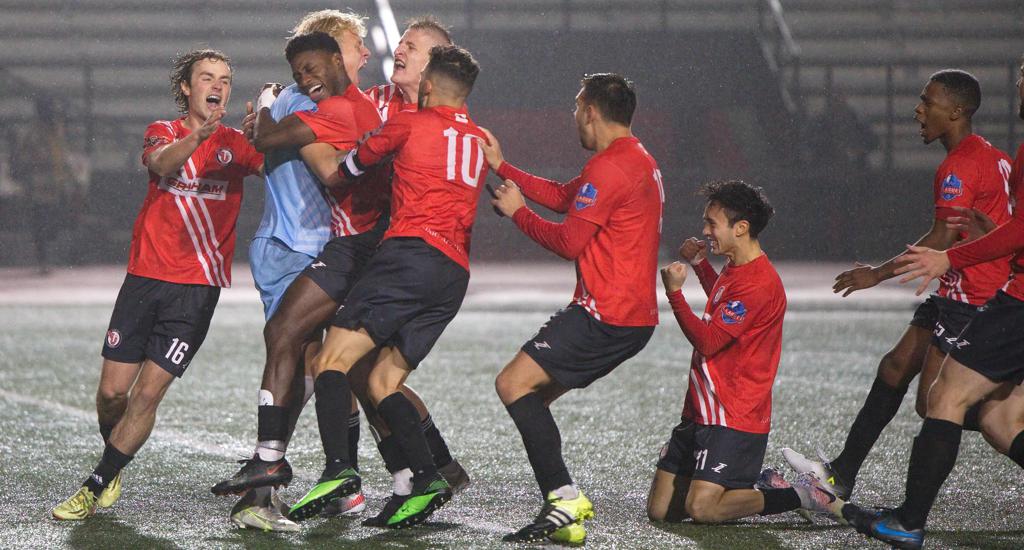 League1 Ontario men’s division final has been set as Guelph United and Blue Devils FC are set to face off for the title and the right to play in the 2022 Canadian Championship next Sunday (November 7) at 4:00pm at Ontario Soccer Centre.

The Blue Devils advanced through, who else, striker Leaford Allen who racked up a brace their 2-1 win over a previously undefeated Vaughan Azzurri.

Vaughan, who went into Sunday’s contest with an 11-1-0 record, were left shocked by back-to-back goals from Allen through 26 minutes. The Blue Devils were on the front foot through the opening frame but saw the momentum switch in the second – a big save from Luke Birnstingl kept them at bay. L1O veteran Dylan Carreiro found the net after 73 minutes but it wasn’t enough for a star-studded Vaughan side.

“We’re ecstatic – Vaughan is always going to be a tough team,” Blue Devils coach Duncan Wilde said after the match. “We knew we had to defend really well in the second half, that was the most pleasing part.”

In the other semi-final, played Saturday evening in cold and wet conditions, we learned L1O will have a new champion. Guelph United downed title defenders Masters FA in an 11-round penalty shootout – a bizarre match played out at Alumni Stadium in Guelph. Reshon Phillips scored twice in the span of two minutes to give the visitors a lead at halftime. Guelph talisman Jace Kotsopoulos scored in the second half and had a chance from the spot late to take the lead… But skied his penalty over the bar.

That led to the marathon penalty shootout that concluded on the boot – and the gloves – of Svyatoslav Artemenko who scored and saved the all-keeper final round. 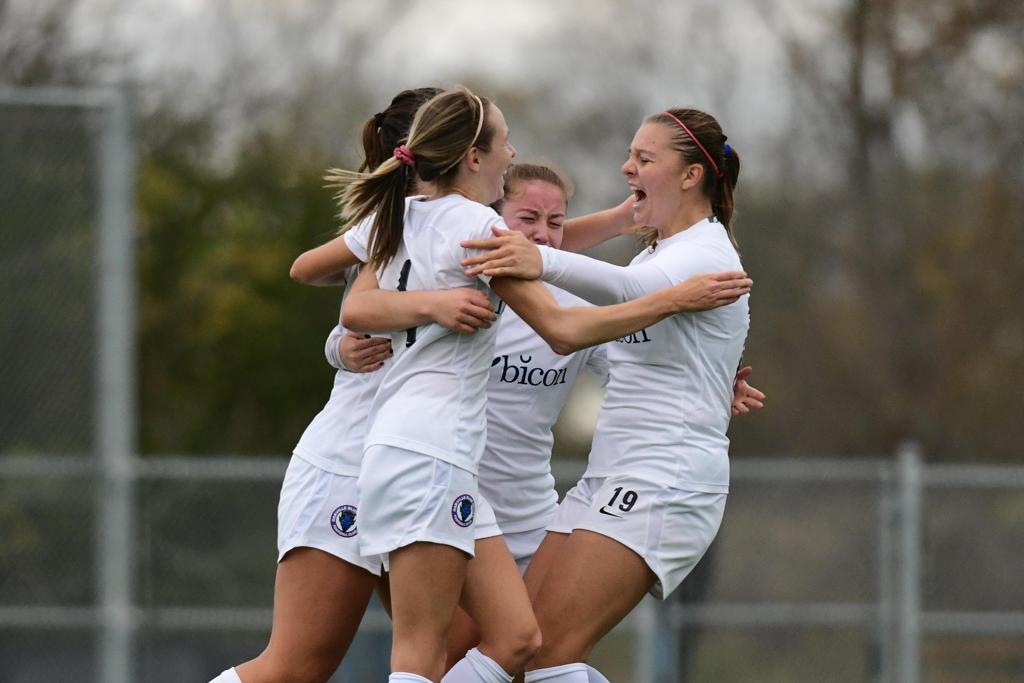 On the women’s side, Blue Devils were much longer odds to beat FC London in London on Sunday… But that wasn’t the story in this dramatic semi-final.

Top-seeded London started the match strong, even scoring through Thalia Lweis after 27 minutes. But a Patrycia Kozak goal saw a team that ended with 10 points fewer than their Londoner opponents end up even at halftime.

The two teams traded chances before Blue Devils vet Laura Twidle converted in the 71st minute – a goal that was enough to send the Oakville-based team to their second consecutive L1O Women’s Premier Finals appearance and beat the team that took them down in the 2019 edition.

In the other semi-final, Woodbridge Strikers staged a dramatic come-from-behind win on penalty kicks, downing favourites Vaughan Azzurri 1-1, 4-2 from the spot.

Vaughan, who played out a 2-2 draw with their opponents earlier this week, took the lead in the first half after a heavily-deflected shot from Brianne Desa trickled into the goal.

Woodbridge responded at halftime by adding an extra attacker, along with several other tactical adjustments, to swarm Vaughan and eventually get an equalizer after 80 minutes through a nice touch by striker Christabel Oduro.

That sent the match to penalties where the momentum carried over. The Strikers finished all four chances while Vaughan missed two, giving Woodbridge their second appearance in an L1O final, with their last coming in 2018. Woodbridge has never won the L1O title.

The L1O Women's Premier Division Finals will also be played on Sunday, November 7 at the Ontario Soccer Center Stadium.  Kickoff is scheduled for 7:00pm but could be delayed somewhat if the Men's Final that precedes it is tied after 90 minutes and requires added time and (possibly) penalties.