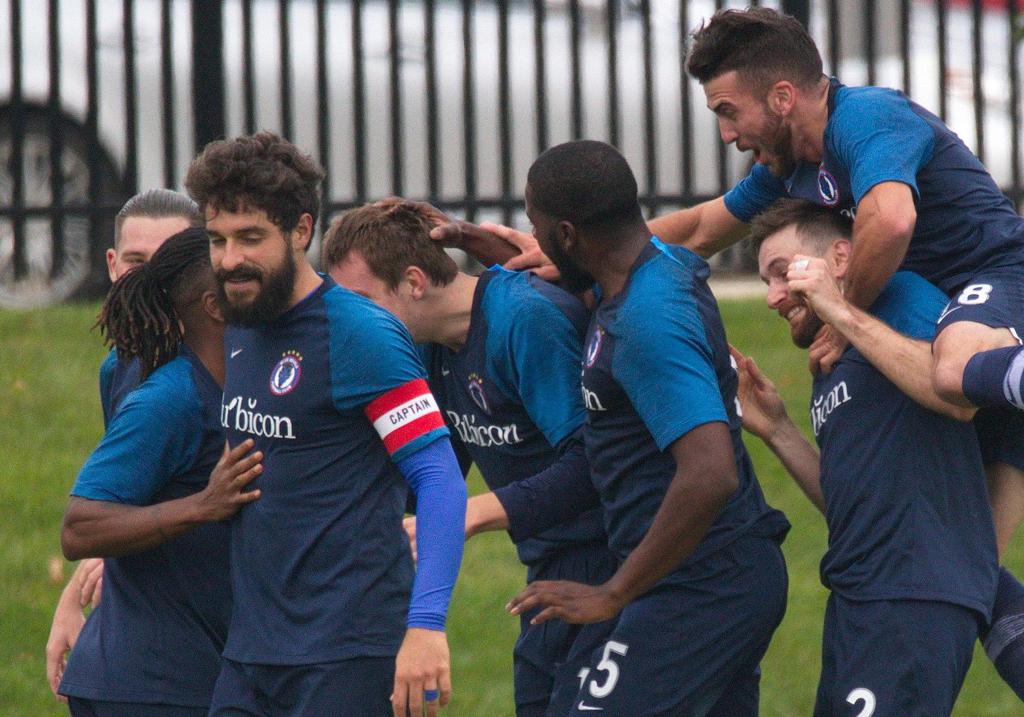 The League1 Ontario playoffs are here!

Men’s semi-final action is set to come this weekend in Vaughan and Guelph. In the west, Guelph United squares off with defending Masters FA Alumni Stadium on Saturday,  October 30  at 5pm.

The eastern division will play out the next day at North Maple Regional Park when Vaughan Azzurri hosts Blue Devils FC on Sunday, October 31 at 2pm.

Stay tuned this week for news on the women’s semi-finals. FC London is the only club to ensure home-field advantage in first place and has captured the Ron Smale Cup as the regular season champions. Seeding between other playoff teams Vaughan Azzurri, Woodbridge Strikers, and Blue Devils FC has not yet been determined. 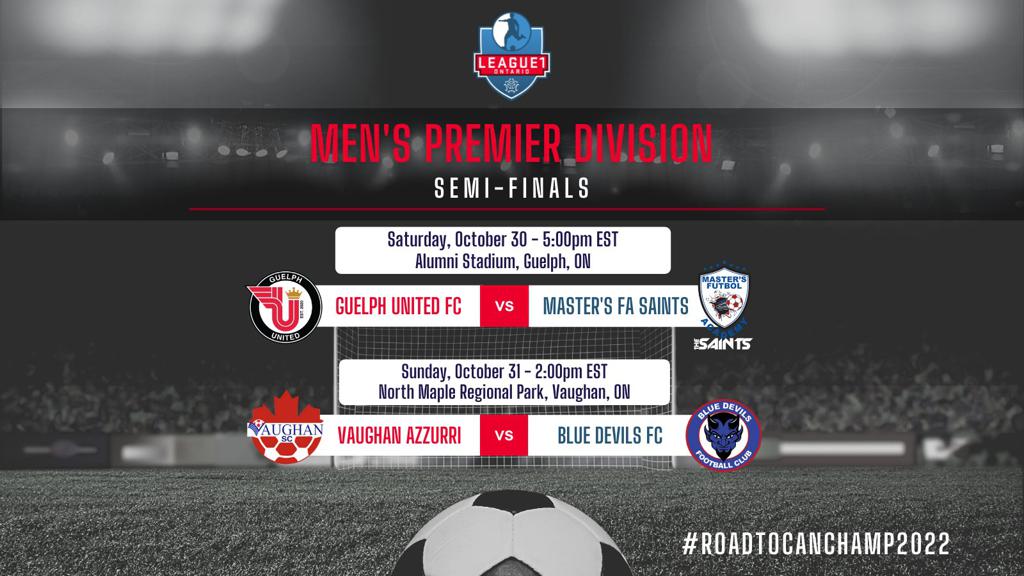 Blue Devils FC is the story of the men’s and women’s divisions this week – but let’s start with the former side after they took the win-and-you’re-in playoff bout with FC London 2-0 Sunday afternoon at St. Thomas Aquinas. Goals from Cyrus Rollocks and Adam Czerkawski ensured the Oakville side L1O’s fourth and final men’s playoff spot and a semi-final date with first place Vaughan Azzurri next Sunday, Oct. 31, at North Maple Regional Park (2:00pm). Patrice Gheisar's Vaughan side finished the season in style Saturday with a 5-1 romp over Unionville Milliken. A Ryan Robinson hattrick and Jahsua Mills brace completed their undefeated season with a 10-1-0 record as they captured the Supporters Shield as regular-season champions.

Meanwhile, Guelph United won 3-1 over Sigma FC, thanks to a brace from Jace Kotsopoulos and third by Thomas Skublak, to clinch first place in the Western Conference and hosting duties against Masters FA in the semis at Alumni Stadium on Saturday. Masters fell to Woodbridge 2-1 on their final match of the regular season this past Saturday.

Elsewhere in L1O this week, Pro Stars Brampton ended their season on a high, dispatching Windsor TFC 2-0. Darby FC beat 1812 FC 6-1, and Scrosoppi FC closed out their inaugural campaign with a 3-0 dousing of North Mississauga.

On the women’s side, the Blue Devils also grabbed the fourth and final playoff spot with an emphatic 4-0 away win over Hamilton United, their fellow contender, to clinch fourth place at least. That was a nice rebound after falling to potential playoff opponent Woodbridge Strikers 5-0 at midweek (more on that later).

FC London, who had already ensured the top spot, downed North Toronto Nitros 2-0 at midweek and is set for a chance to grab bonus points versus Tecumseh on the road on Tuesday.

Vaughan Azzurri, the other playoff-bound side, gave Tecumseh SC their second win of the season in a 5-0 result also on Saturday. Interestingly, Vaughan and Woodbridge, barring a big loss by Woodbridge, will likely face each other in the semi-finals... and are set to close out the regular season on Thursday (8:30pm ET). The Strikers only need a draw to take home-field advantage going into the semi-finals, which are set for the weekend of November 7-8. The Blue Devils can still jump into third and a date with Woodbridge if Vaughan loses by six goals Thursday.

The playoff semi-final slate on the women’s side will be announced at a later date.

There’s all to play for in the women’s reserve division, meanwhile, with a final four set, starting with first place Woodbridge Strikers on 28 points… and a three-way tie below them between Vaughan’s C team, Unionville’s B side, and Alliance United. A handful of rescheduled matches are set to be played.