Woodbridge Strikers continued their rise in the women’s division ranks with a dramatic 6-1 win over Hamilton United Sunday night. Kennedi Herrmann’s hat trick ensured The Bridge a second win in a row and sole possession of third (14 points, 4-3-2) entering a bye week, jumping over a Hamilton side who have lost three straight.

The only other match this weekend saw Blue Devils FC squeak past Techumseh SC 2-1 at home, taking the Oakville side to second place on 15 points and a 5-4-0 record. A third tilt is set to be played between Vaughan Azzurri and North Toronto Nitros Monday (9:00pm).

Next weekend will see the aforementioned second-spot Blue Devils travel out of town to face FC London on Saturday (8:00pm). Elsewhere, the Nitros will be right behind them as they tavel to Windsor to face Tecumseh (4:00pm). Sunday will see Hamilton United travel to face Vaughan (5:00pm). 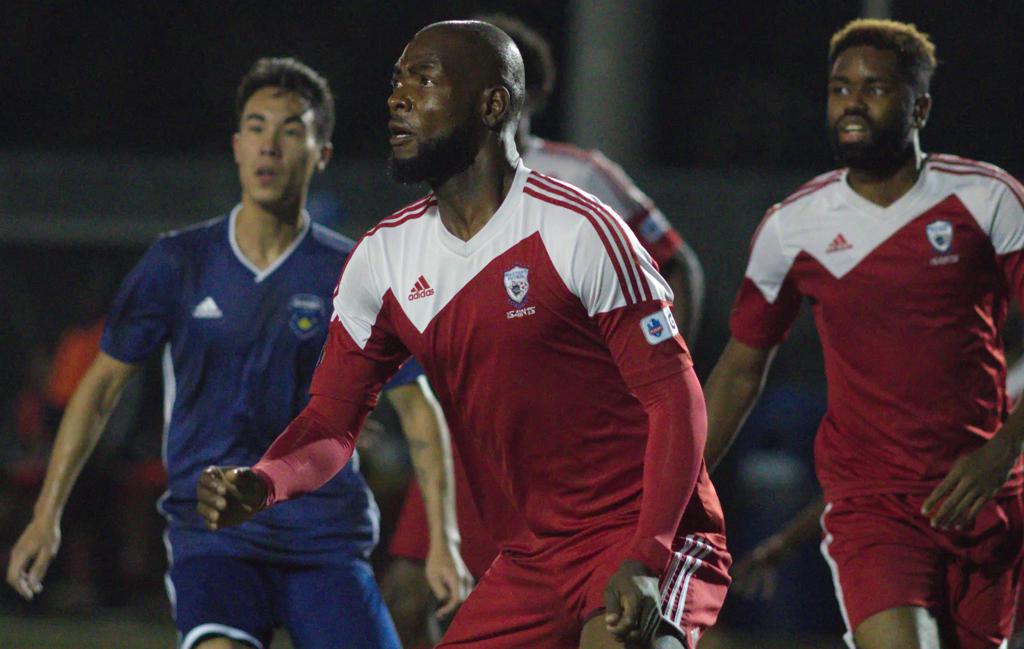 Masters FA kicked off the weekend with a statement 4-1 win over Darby FC on Friday. The result puts the defending champs five points clear for second place and a couple points behind the idle Vaughan Azzurri, though with two more matches played. The Saints are unbeaten in six matches.

Guelph United got back to winning ways after dispatching Scrosoppi FC 3-2 at Alumni Stadium. Goals from Tomasz Skublak, Jace Kotsopoulos, and Brandon Wellington continued the team’s swashbuckling attack as they remain top in the Men’s goals scored category with 33 in just eight matches.

FC London beat Windsor TFC 4-1 on the back of a two-goal performance from Benjamin Vyvschaft. The Londoners have kept pace with Guelph atop the West standings on 21 points, though their opponents have a match at hand. Elsewhere in the west, ProStars Brampton took down North Mississauga 2-0 and fourth-place Sigma FC snagged a point off third-place Blue Devils with a 1-1 draw, though eight points separate the two perineal L1O powerhouses in the standings.

Matchweek 11 starts Tuesday with a special midweek fixture between Masters and 1812 FC at the Ontario Soccer Centre. Thursday we’ll see neighbours North Mississauga and Sigma lock horns at the Paramount Fine Foods Centre before a Friday night rumble in London between FCL and Scrosoppi FC.