In a weekend impacted by inclement weather, there was still plenty of soccer across Matchweek 5 with 27 matches across the six League1 Ontario Divisions.

Hamilton United climbed to second place in the table with a 3-0 win over Tecumseh SC Friday evening at Redeemer College. Hamilton scored three times in the first half as Miranda Badovinac picked up a brace and Jennifer Wolever added a single.

The first win of the 2021 season for North Toronto Nitros came Sunday afternoon at Vaughan Grove Turf as they topped Woodbridge Strikers 1-0. Jessica Deboer scored the lone goal of the game to see her side secure their first three points of the campaign.

In the third and final game of the weekend, FC London stayed perfect with a tight 1-0 win over Vaughan Azzurri. London leads second-place Hamilton United by three points with a game in hand. 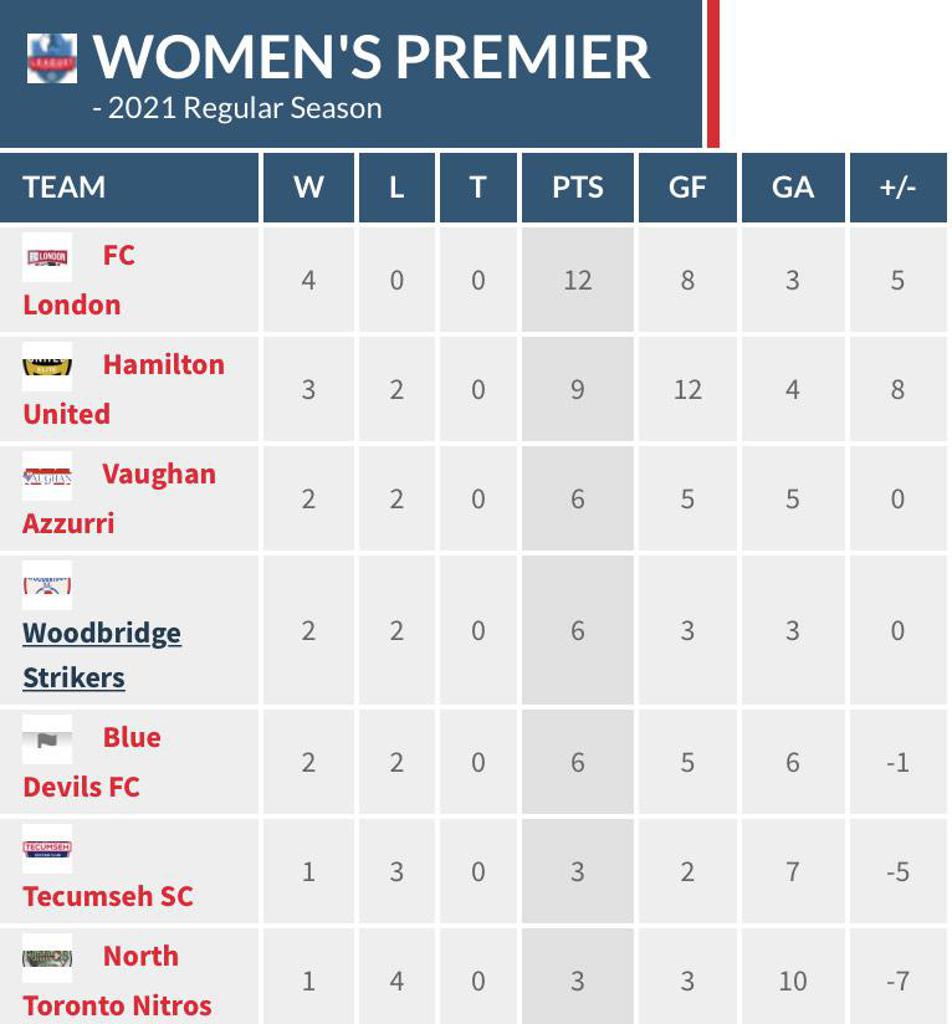 Scrosoppi FC and ProStars FC both picked up their first draw of the year as the two teams played to a 2-2 draw Friday evening at Bishop Reding. Scrosoppi jumped out a 2-0 lead in the opening 45’ courtesy of Michael Krzeminski and Nikolas Blaskovic before Jevontae Layne replied with a second-half brace for ProStars.

FC London stayed in second place in the West Division standings with a 4-0 win over North Mississauga SC on Friday at Hellenic Community Centre. Ethan Gopaul provided two goals for the hosts while Tomas Ribeiro and Daniel Oshana also got on the board for London.

Sigma FC took down Windsor TFC 5-0 on Saturday in a statement home victory at Paramount Turf. Jason Squeo had a hattrick for Sigma and Marcus Ty Caldeira and Jacob Dyck added singles for the hosts.

Another 5-0 and another hattrick came the following day with Guelph United beating Blue Devils FC convincingly on Sunday thanks in large part to a three-goal outing from Jace Kotsopoulos. Zis Alexander and Tomasz Skublak also got on the board for Guelph who have yet to drop points in their inaugural season. 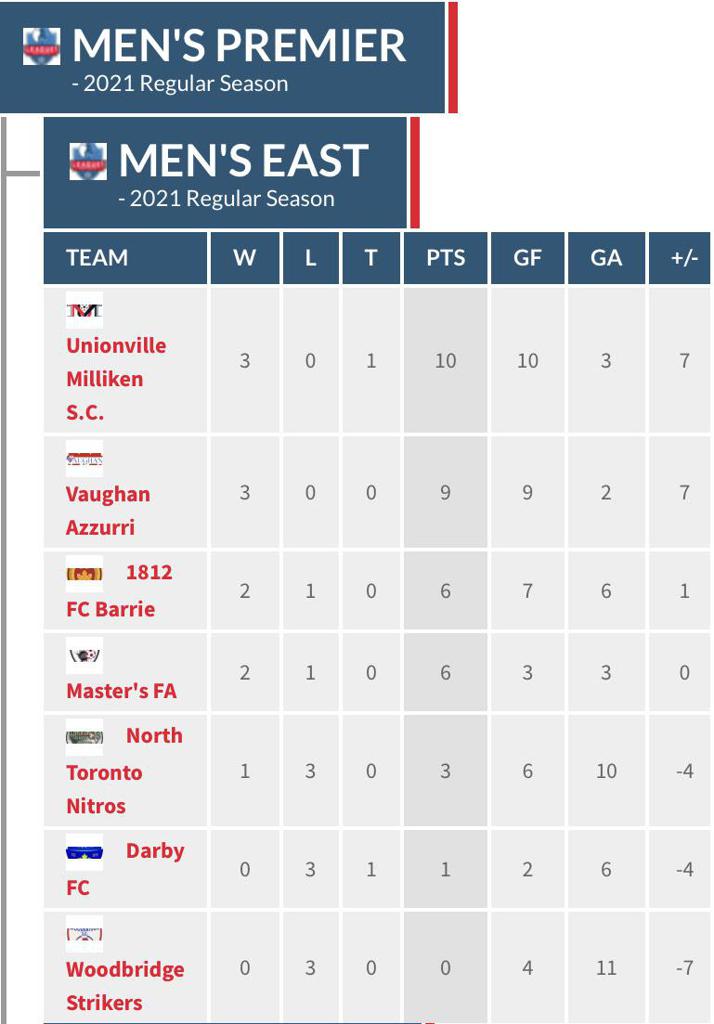 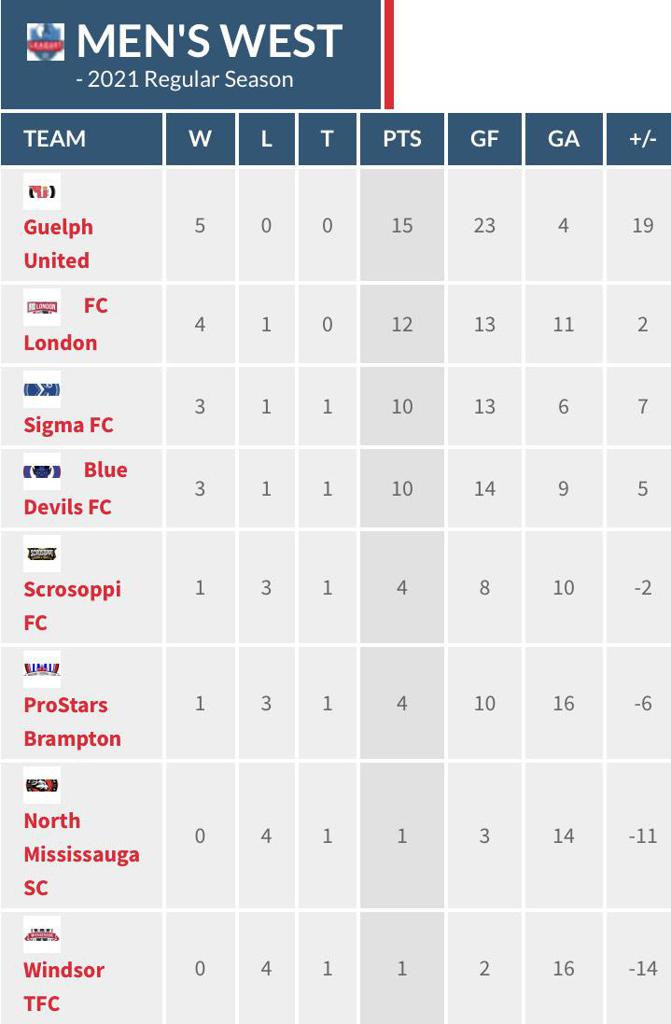 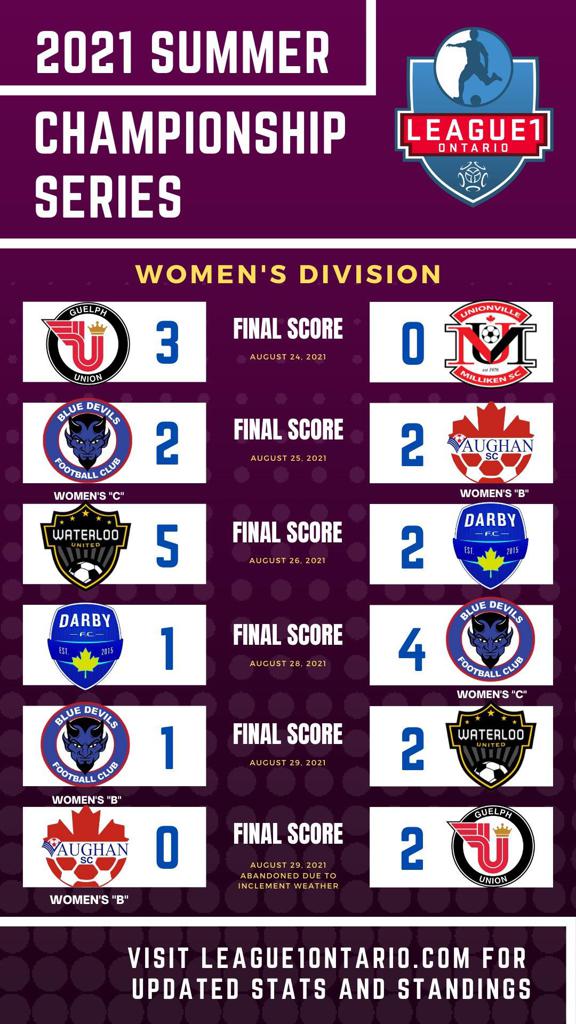 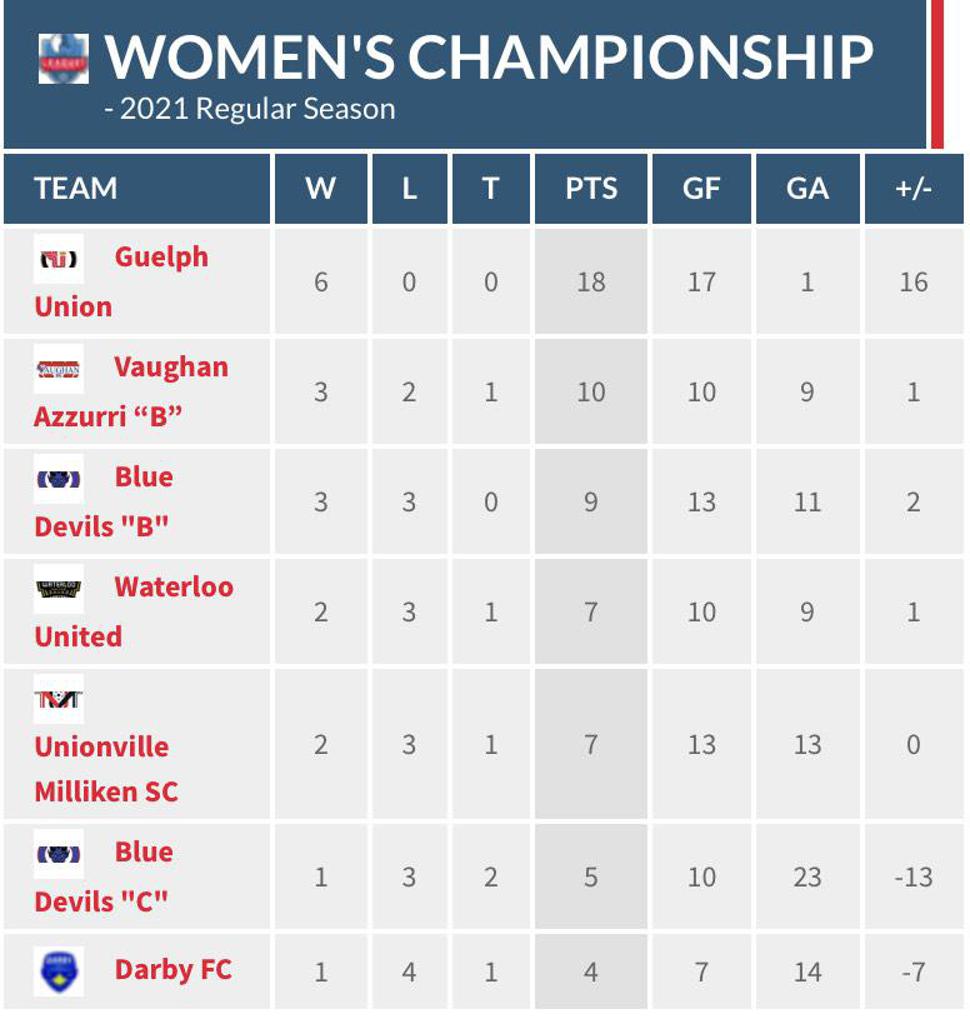 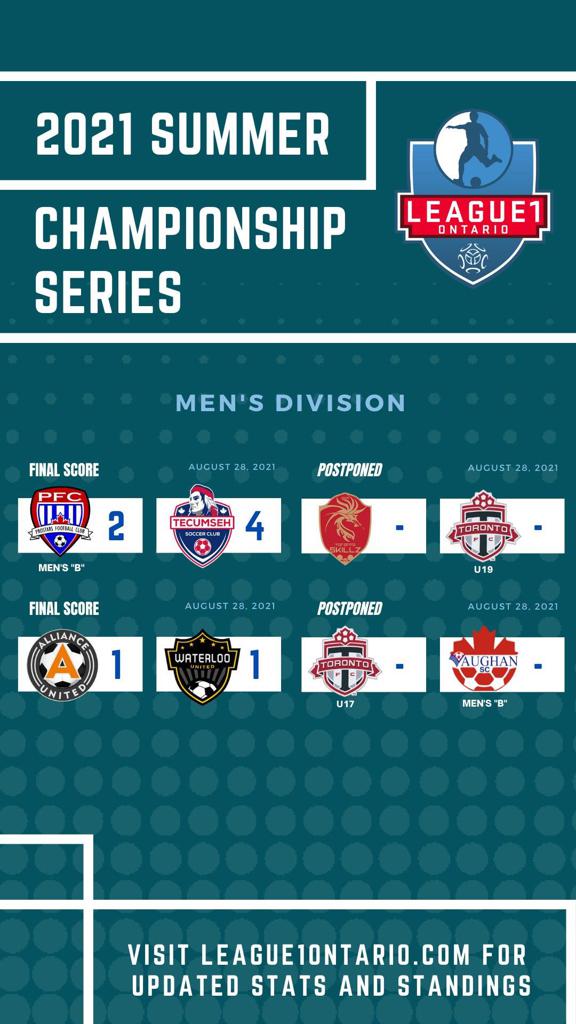 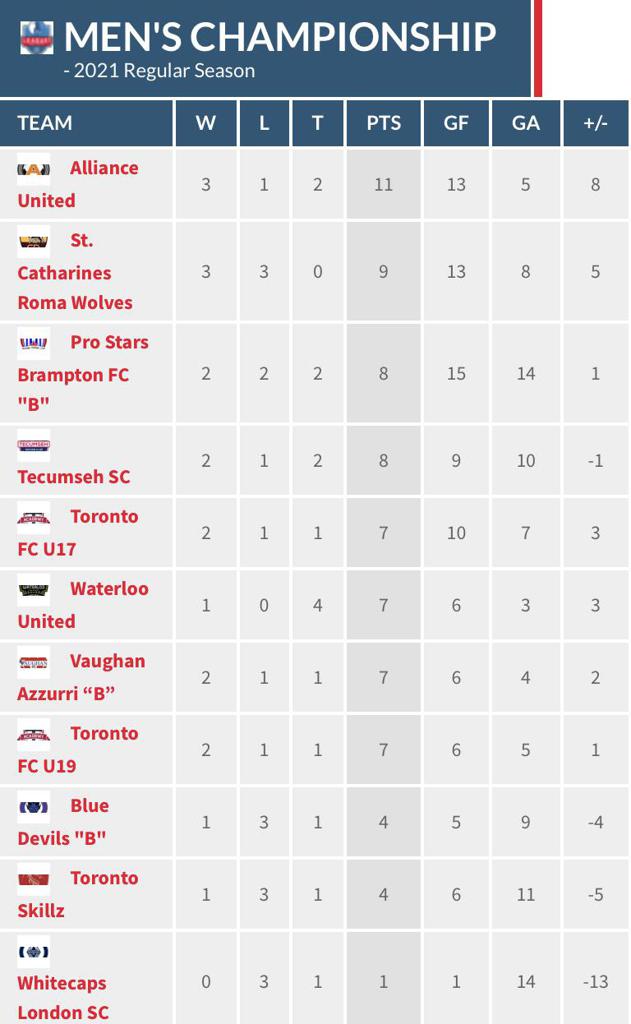 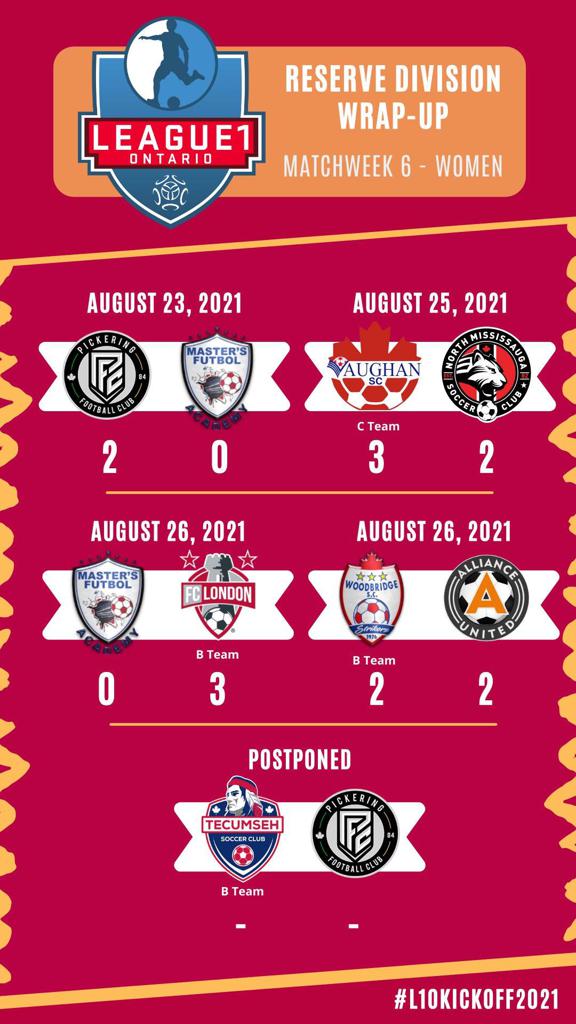 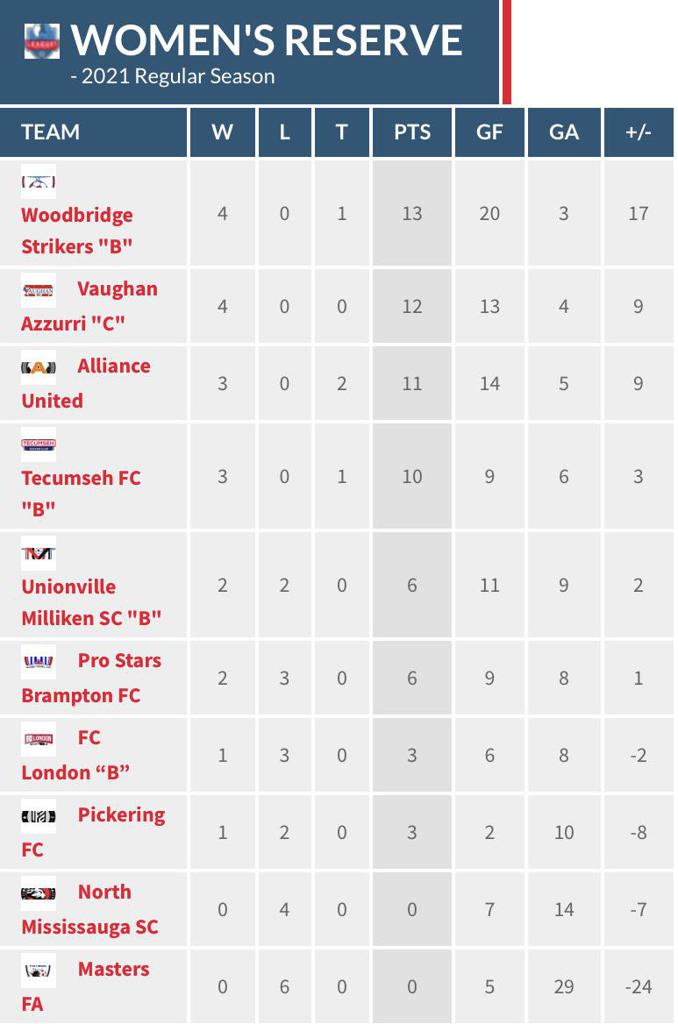 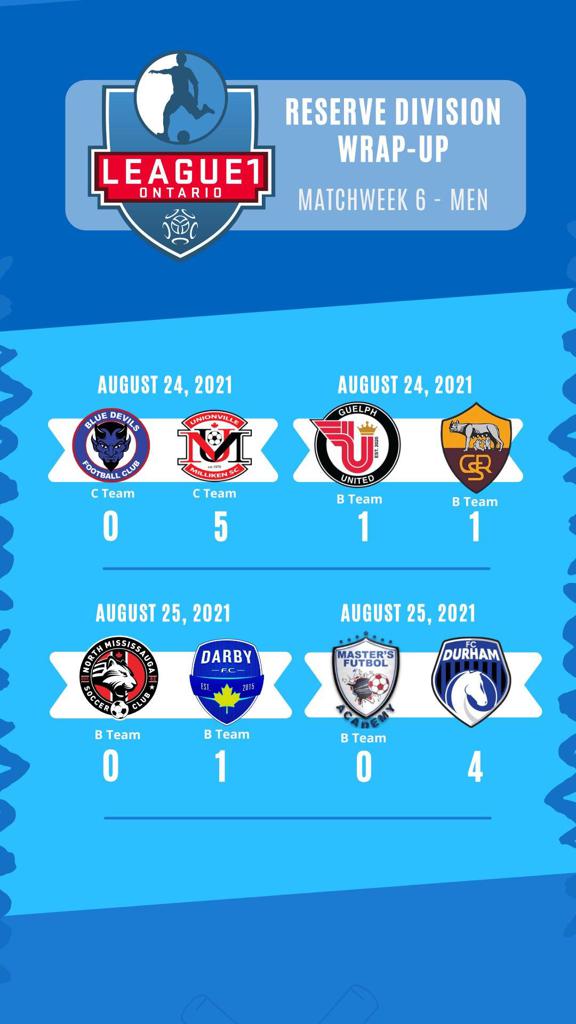 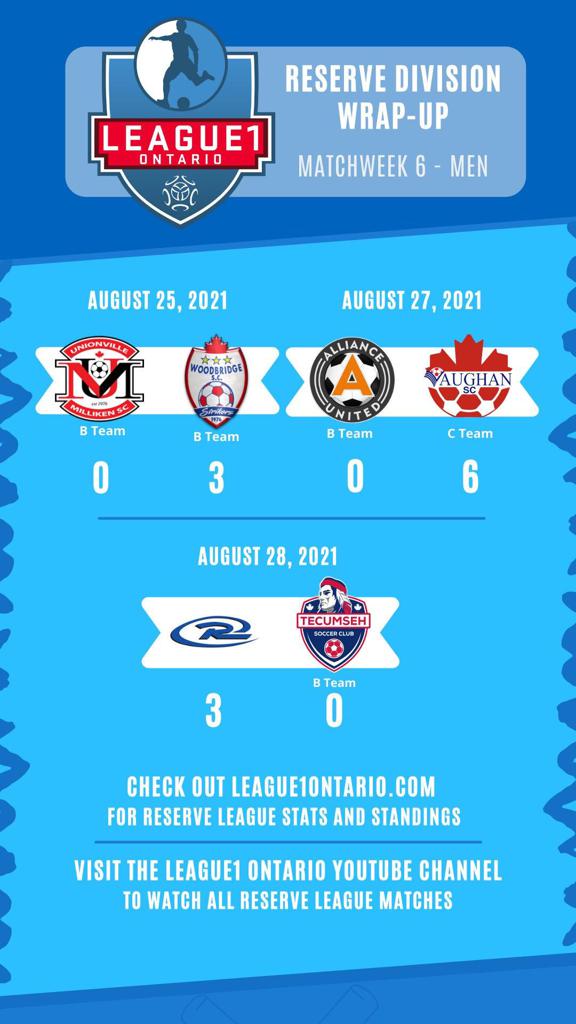 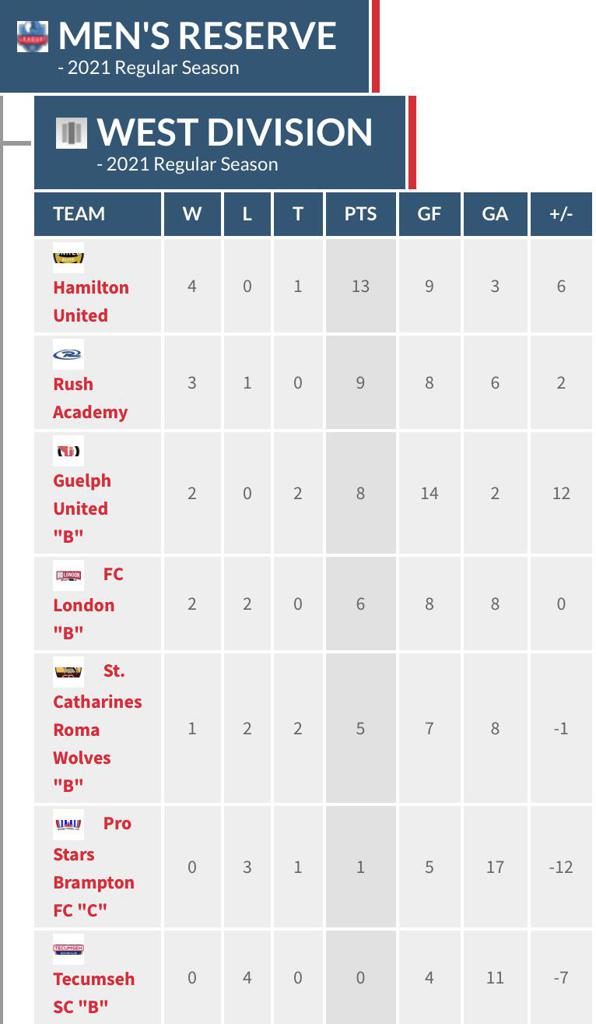 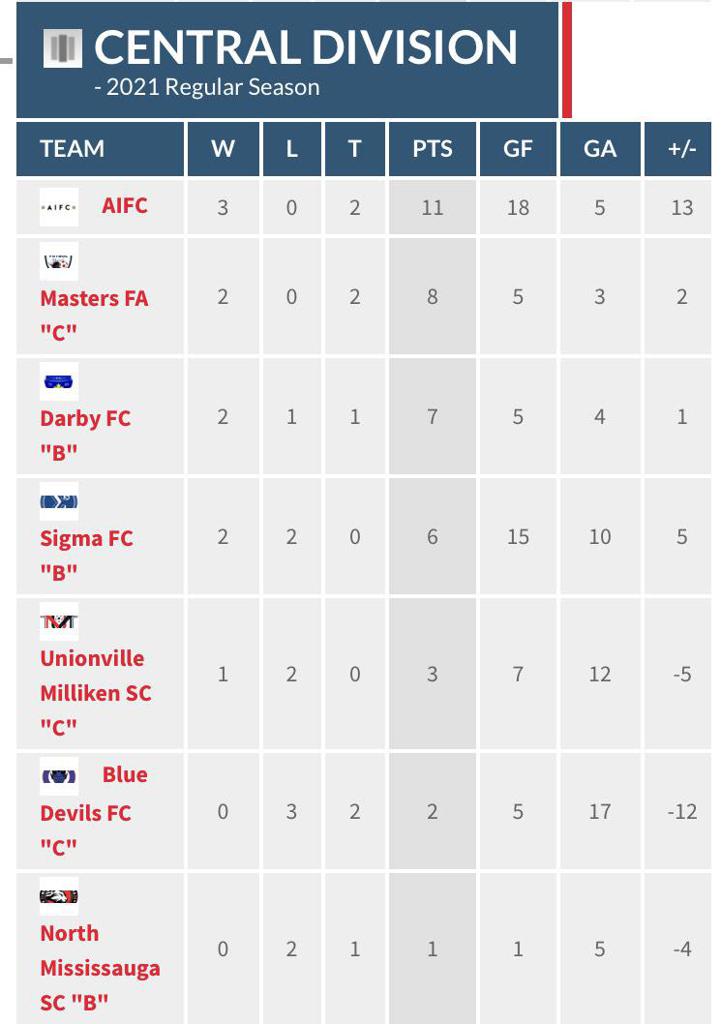 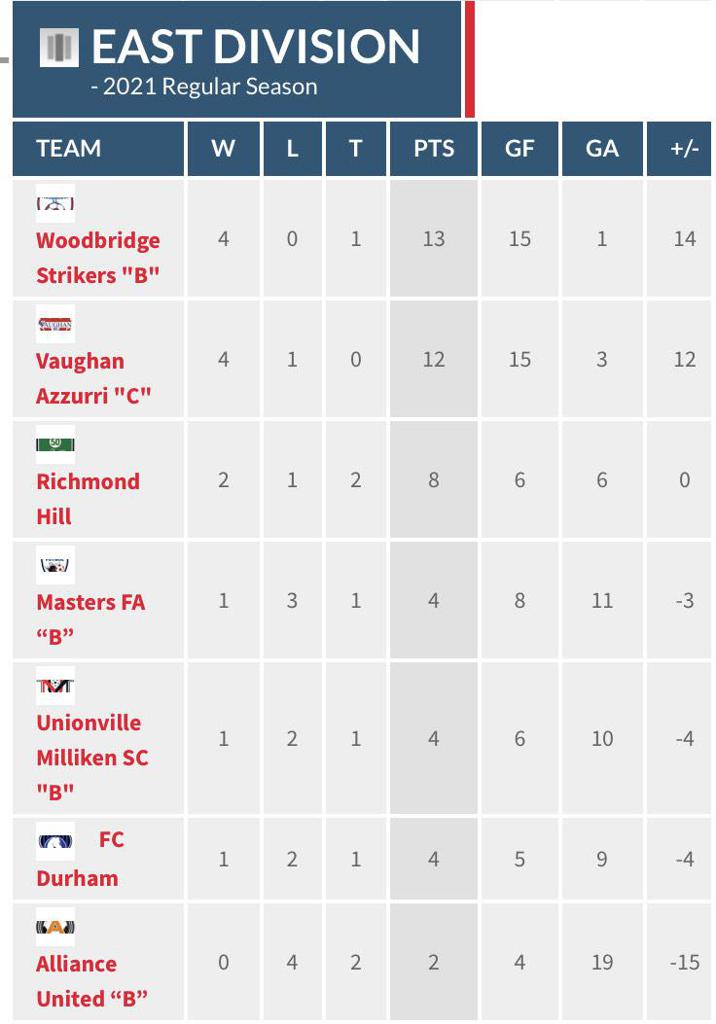