In another action packed week of League1 Ontario play, there were 33 matches and an astounding 132 goals scored across the six divisions.

From the Premier Division to the Reserves, here’s how things look on both the Men’s and Women’s side of the competition:

Playing host for the second straight week at Redeemer College, Hamilton United once again went down at home as visitors Woodbridge SC came out on top 1-0 on Friday night. The lone goal of the game came through Kennedi Hermann, who found the back of the net from the spot on the stroke of halftime. 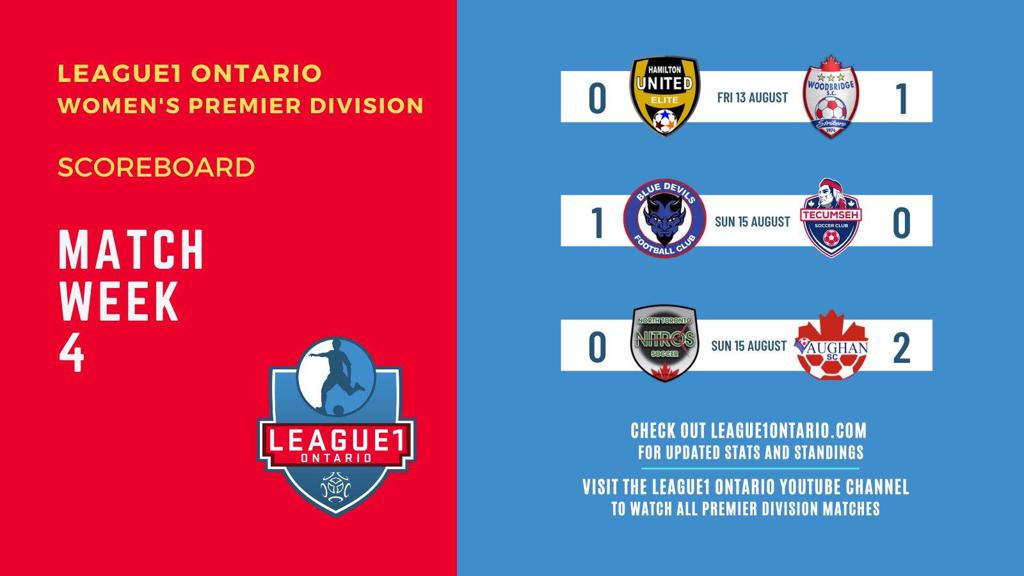 Oakville Blue Devils and ProStars FC opened matchweek 3 with a banger as the Blue Devils found five second half goals in a 6-1 win on Friday at Bronte Park. Leaford Allen and Evan James both chipped in a brace for Oakville as they remain unbeaten through three matches played.

Tied with Oakville on seven points (two wins and a draw), Sigma FC topped North Mississauga SC 2-1 Friday at Paramount Turf. Mateo Marques opened the scoring for Sigma before Lee-Victor Massunda replied for NMSC 10 minutes before the break. Mohamed Alshakman would break the deadlock for Sigma with a half hour remaining to take all three points.

FC London came from behind in a seven goal thriller Friday night at Bishop Reding to beat Scrosoppi FC 4-3. After Scrosoppi jumped out to a 3-1 lead after 45', London replied with three unanswered goals in the second half to snatch the win. With his second of the match, Daniel Oshana scored deep into stoppage time to complete the comeback.

Guelph United continues to dominate in their inaugural League1 season, their most recent showing a 6-0 win over Windsor TFC Saturday at Alumni Stadium. Guelph got goal contributions from six different players in this one and is still yet to concede a single goal to date.

1812 FC got their first win in club history as they beat Woodbridge Strikers 5-2 on Saturday at Terry Fox Stadium in Brampton. Johnson Amoo scored three of 1812's five goals in the game, while Navid Rahman added a brace of his own.

Reshon Phillips found a late winner for Masters FA as they beat Darby FC 1-0 at L'Amoreaux Field on Saturday. The 2019 Champs are set to face CPL side York United this coming weekend in Canadian Championship play. 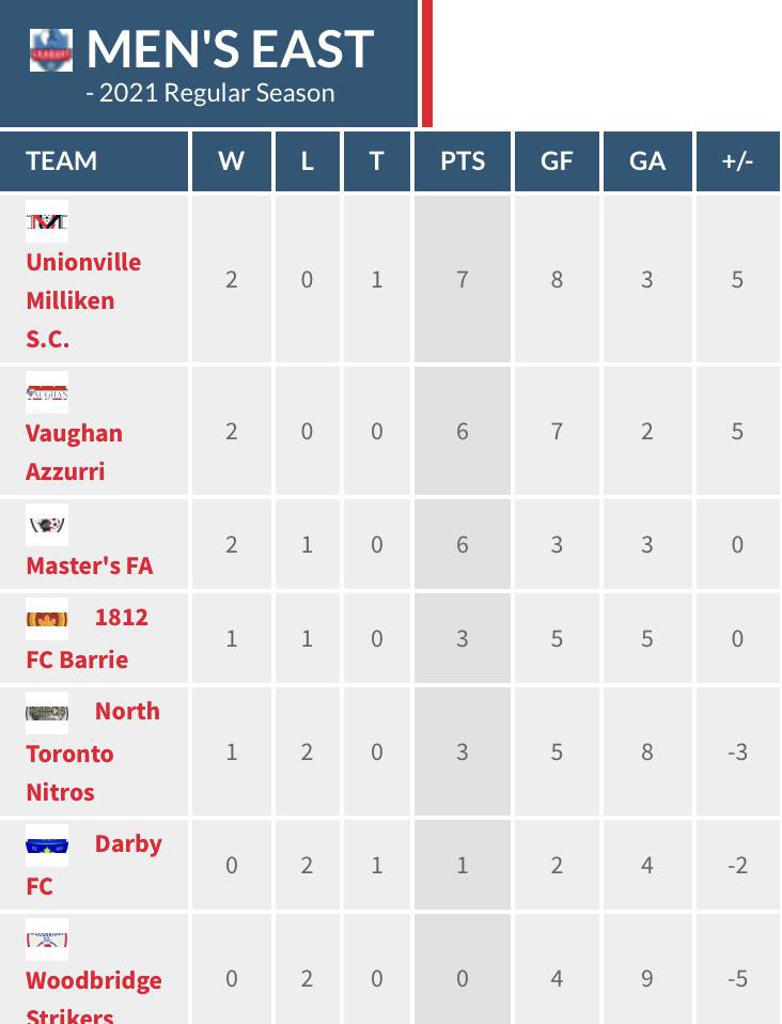 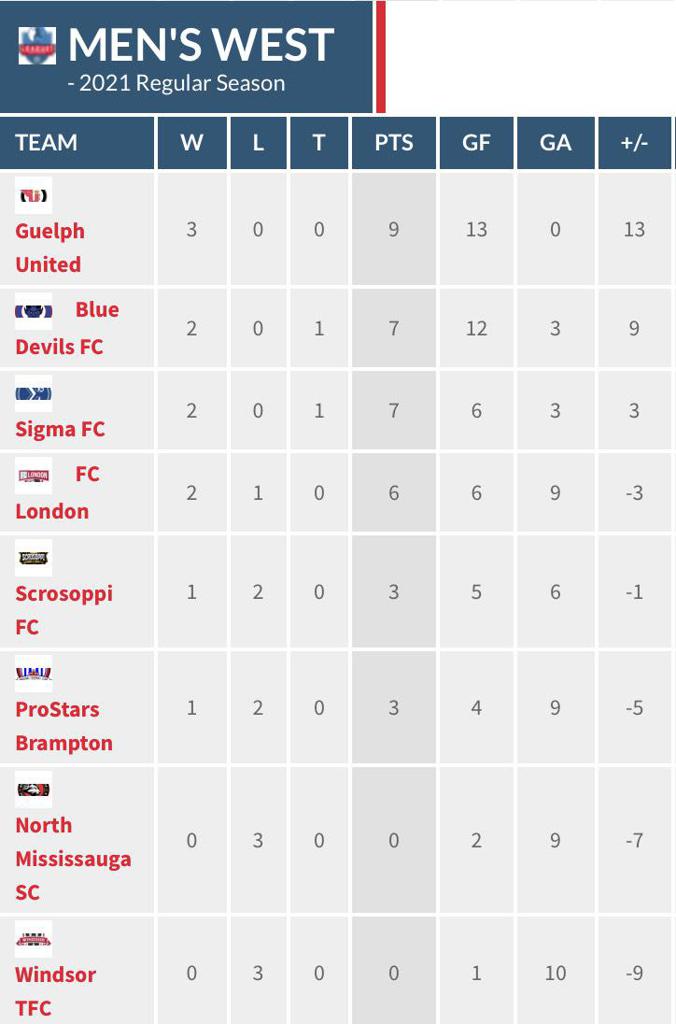 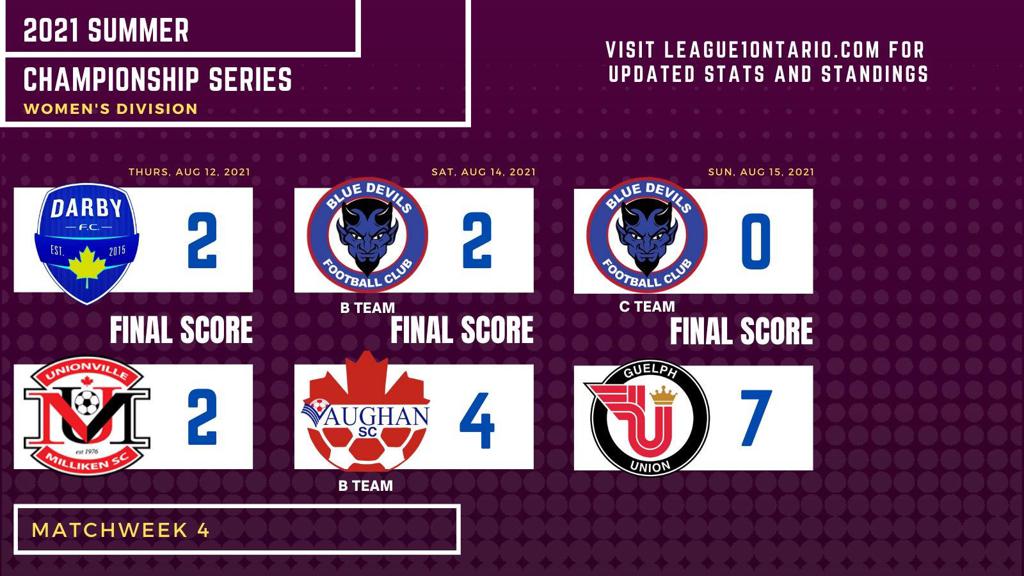 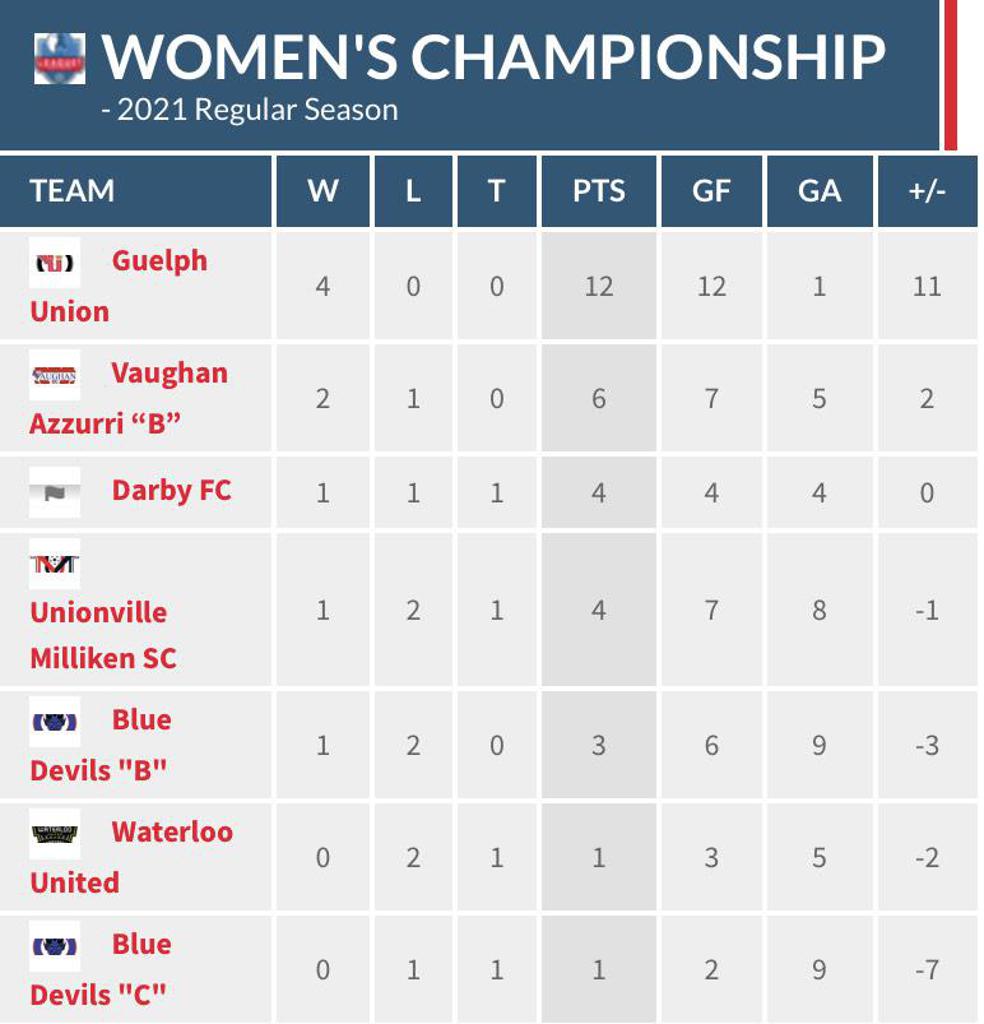 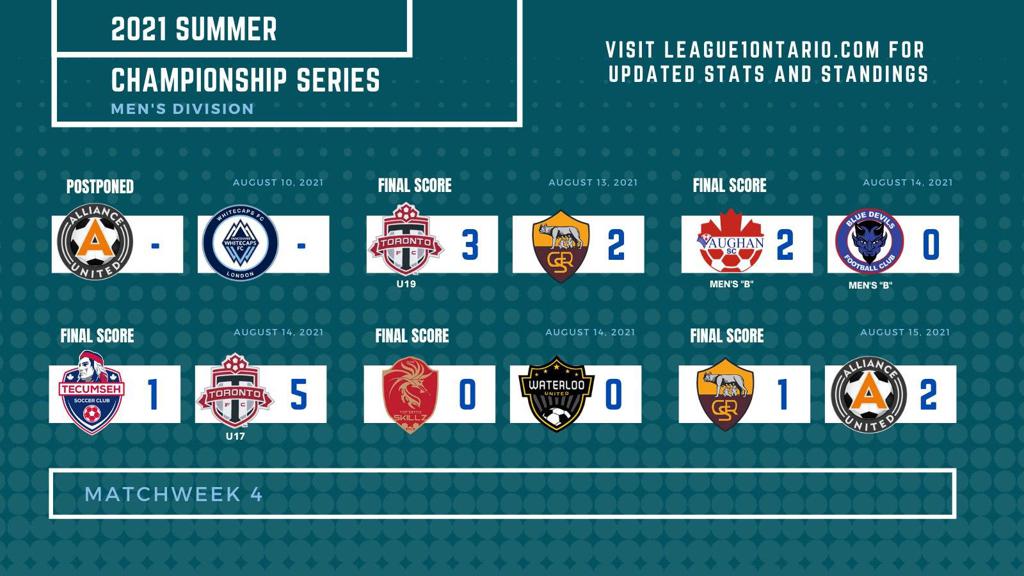 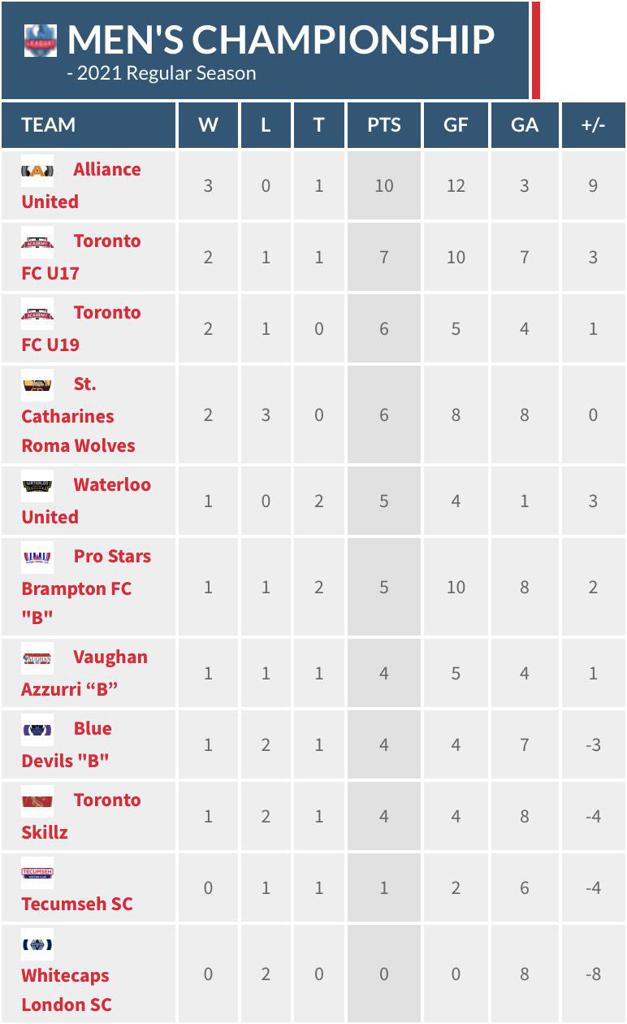 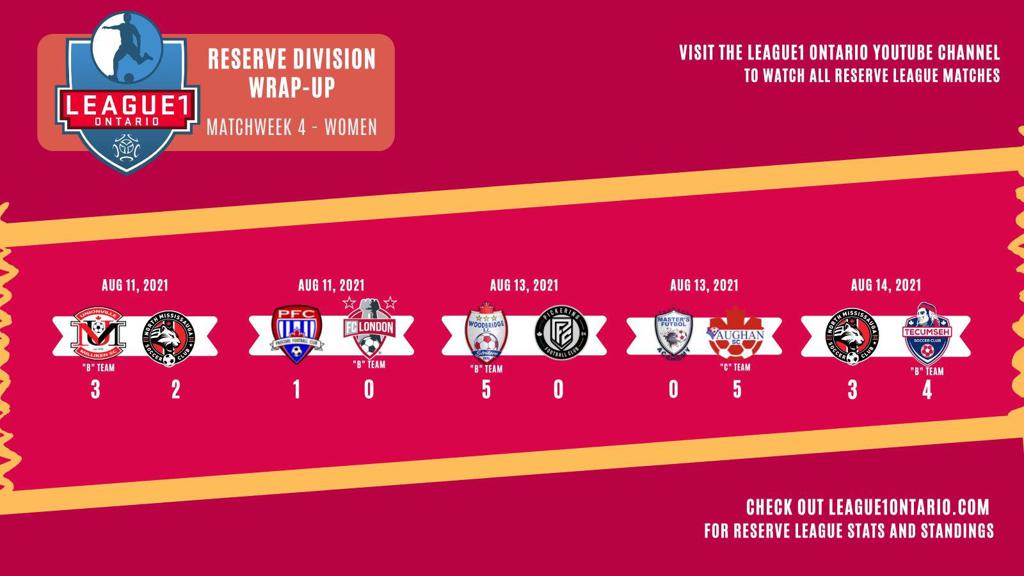 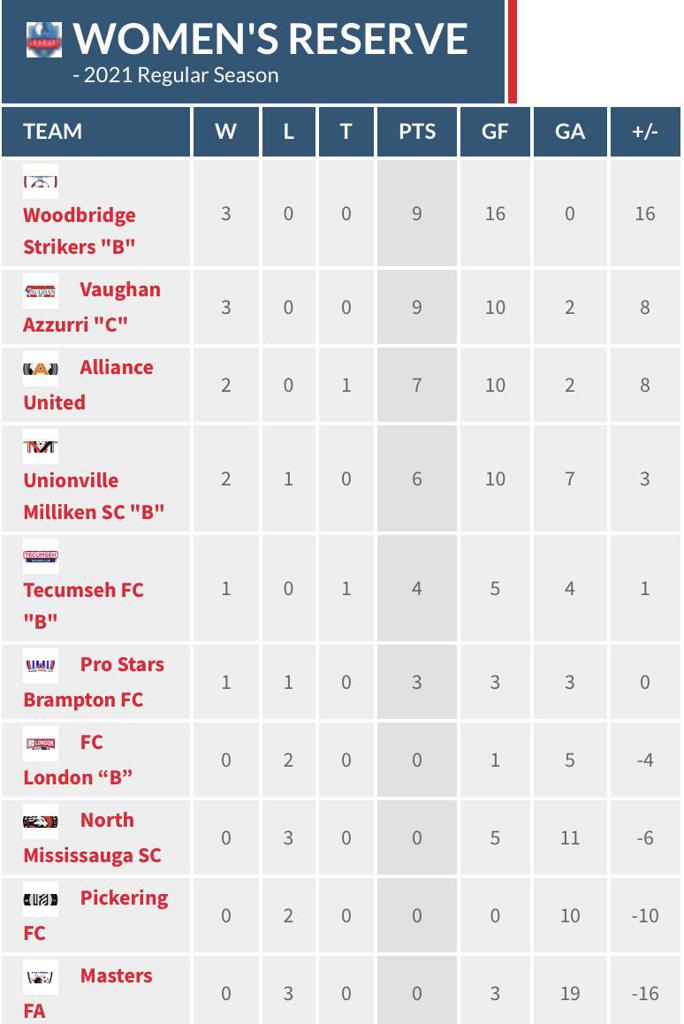 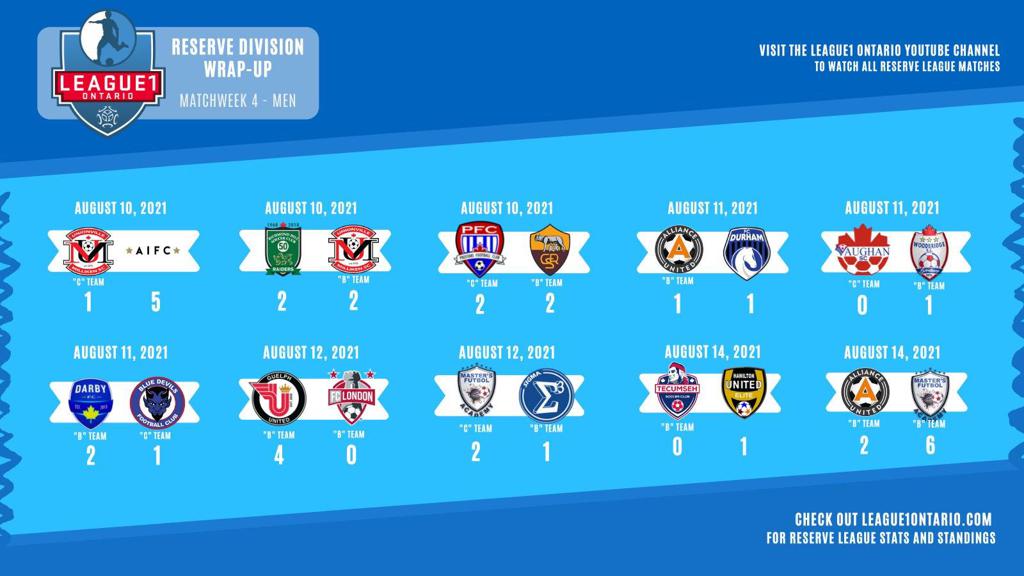 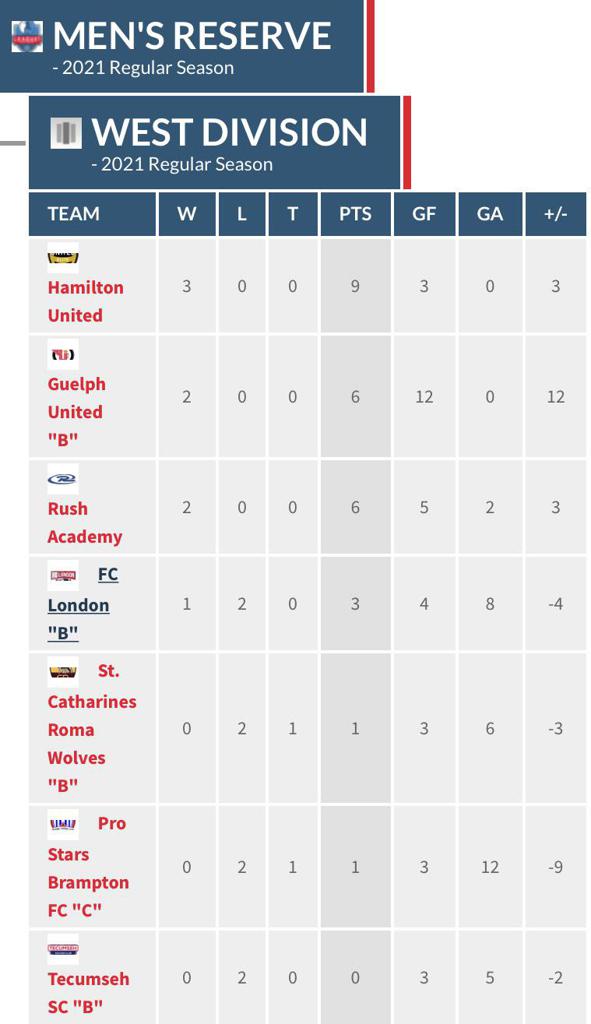 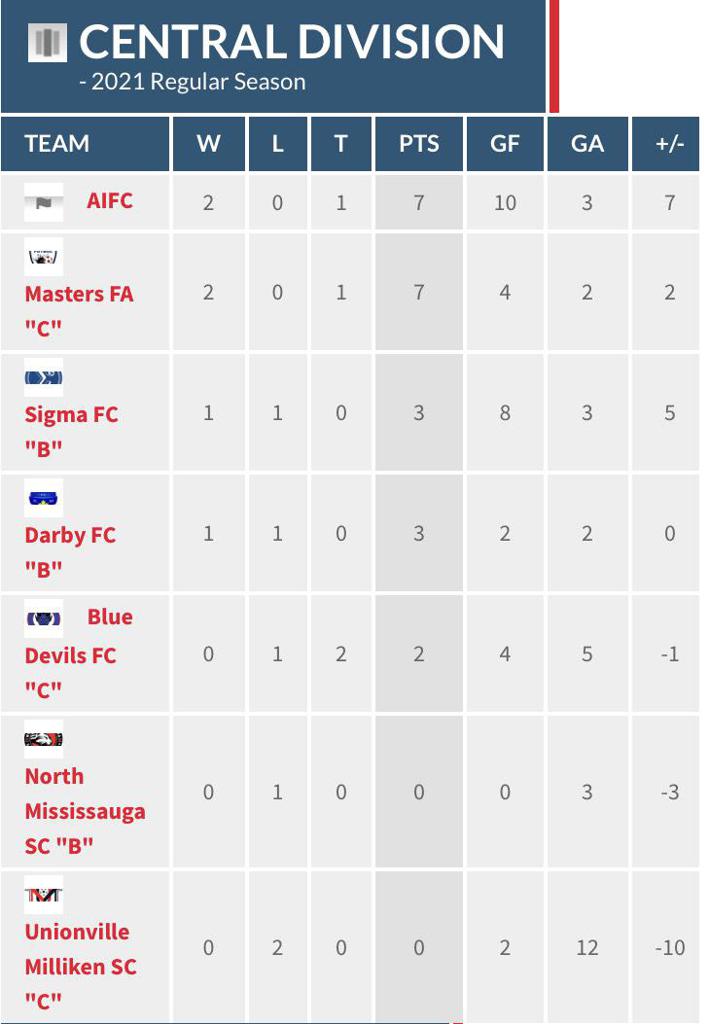 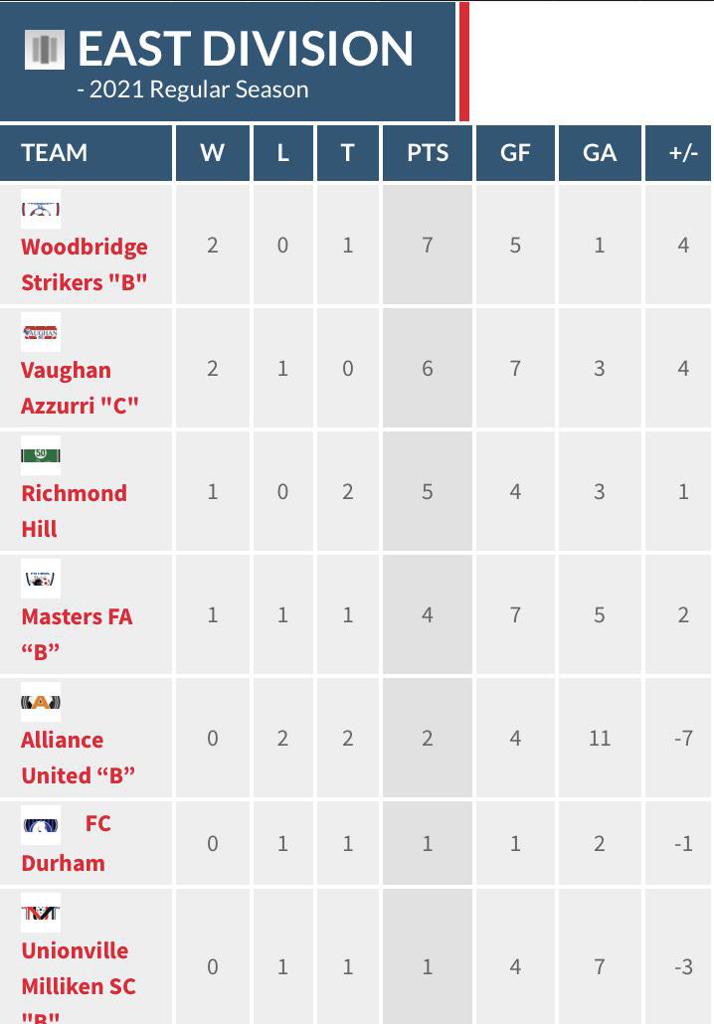