There were 32 matches across the six League1 Ontario divisions during matchweek 2 action and no shortage of goals scored as eight of this past week’s games produced a collective six or more goals scored.

From the Premier Division to the Reserves, here’s how things look on both the Men’s and Women’s side of the competition:

Hamilton United hosted FC London at Redeemer College on Friday night where the visitors played spoiler with a 2-1 win. Jade Kovacevic picked up a brace for London, scoring in the 18th and 72nd minute, while Miranda Badovinac replied for Hamilton in the 91st.

Following the defeat, Hamilton united head coach Angelo Cavalluzzo suggested his side will continue to make strides as the season progresses: “A lot of work to do. We will get better.”

Also on Friday, Blue Devils FC took down North Toronto SC 2-1 at Bronte Athletic Park in Oakville. Patrycia Kozak and Laura Twidle found the back of the net for the home team in the first half before Elena Calderwood got North Toronto on the board in the 73rd minute, her lone strike as close as the visitors would get to mounting a comeback.

In the last of the three Women’s Premier Division games for matchweek 2, Woodbridge Strikers defeated Tecumseh SC 2-0 on Sunday at Vaughan Grove Turf Field. Kennedi Hermann opened the scoring just four minutes in before April Syme gave the Strikers some insurance by adding a second goal for her side in the 78th minute. 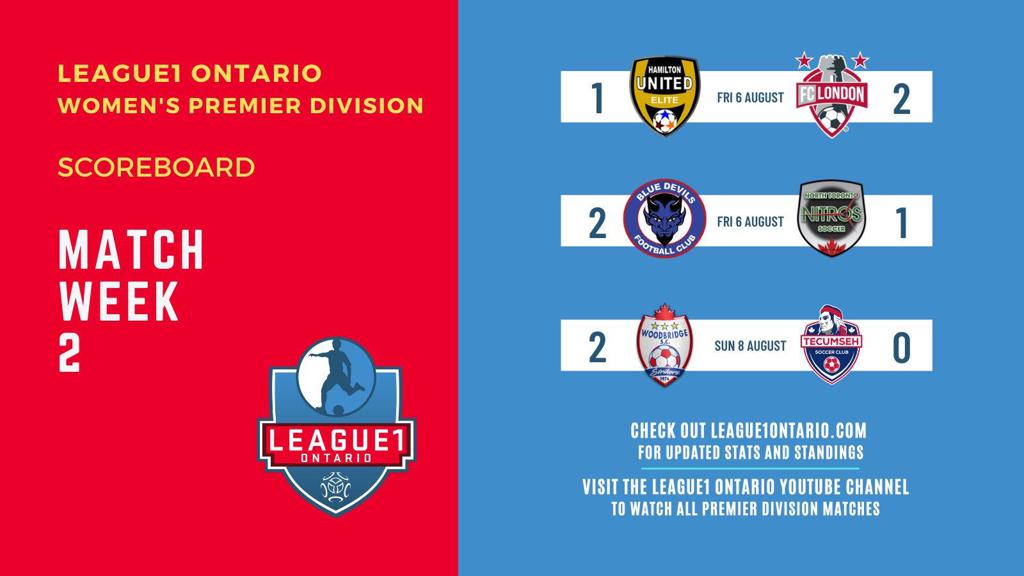 Two goals from Justin Santos lifted North Toronto Nitros 2-1 over Darby FC at the Whitby Soccer Centre Friday night. Aaron Chia pulled one back late for the home team but the Nitros would hold on for their first win in 2021.

Jace Kotsopolous scored the lone goal in a 1-0 Guelph United win over Scrossopi FC at Bishop Reding on Friday. Kotsopolous broke the dead lock in the 73rd minute and despite the loss for the home side, Scrossopi assistant coach Zak Zico Mahrady was happy with his side’s effort, particularly in their own half: “Being a new club, we definitely showed very well defensively… unfortunate result, we had a couple that could have gone our way but that’s part of the game.”

ProStars FC beat North Mississauga SC 2-0 Friday night at Paramount Field thanks to a pair of first half goals from Jevontae Layne and Andrew Jagielski. NMSC continues to search for their first point of the season while ProStars improve to .500 with the win.

Also at Paramount Field, Sigma FC and Oakville Blue Devils played to a 1-1 draw on Saturday as Matt Santos scored for the visitors while Klaidi Cela got Sigma on the board to secure a single point. Oakville also finished the match with 10 men as Victor Gallo was sent off following a pair of cautions.

In the third Saturday match, FC London bested Windsor TFC 2-0 thanks to two goals inside the opening twenty minutes at the Hellenic Comm. Centre. Connor Wilson and Ethan Gopaul found the back of the net for London in what was a massive bounceback after a tough 6-0 loss to Guelph United last time out.

Vaughan Azzurri and Woodbridge Strikers faced off on Sunday in the first City of Vaughan Derby of the season. The packed house at Vaughan Grove Park was treated to a six goal thriller with the Azzurri coming out on top 4-2. Orlendis Carlos Benitez Hernandez, Riley Ferrazzo, Daniel Cramarossa and Nicholas Spittle scored for Vaughan, while Abdou Raouf Mohammed found the net for Woodbridge with their second tally coming courtesy of a Vaughan own goal. The Striker also found themselves down a man for the second half as Joshua Parades was sent off before the break thanks to two yellows. 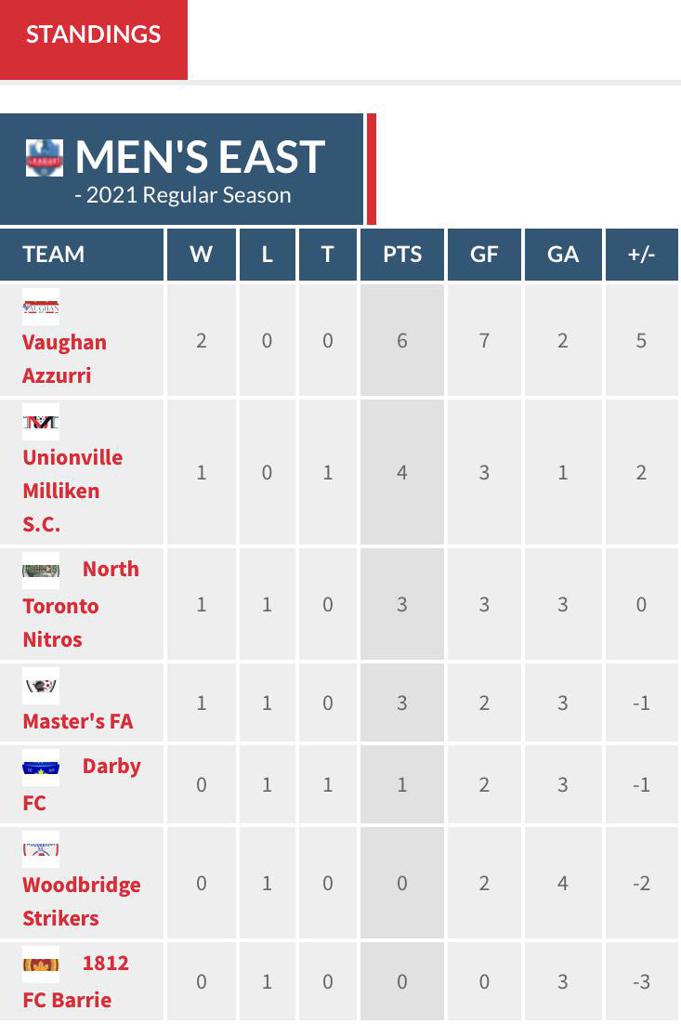 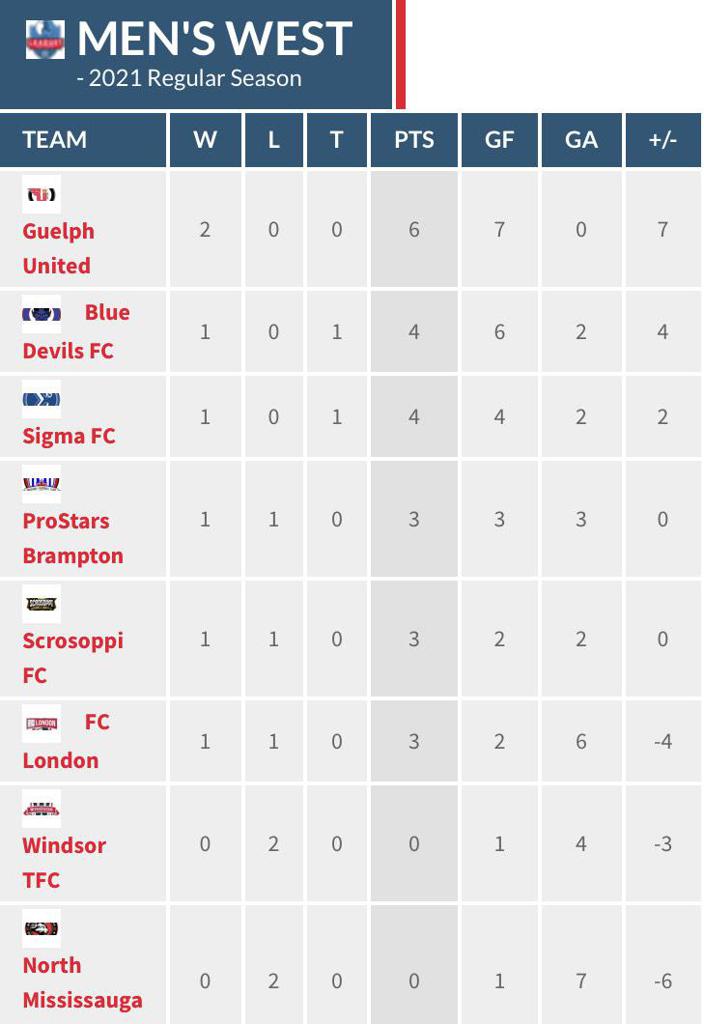 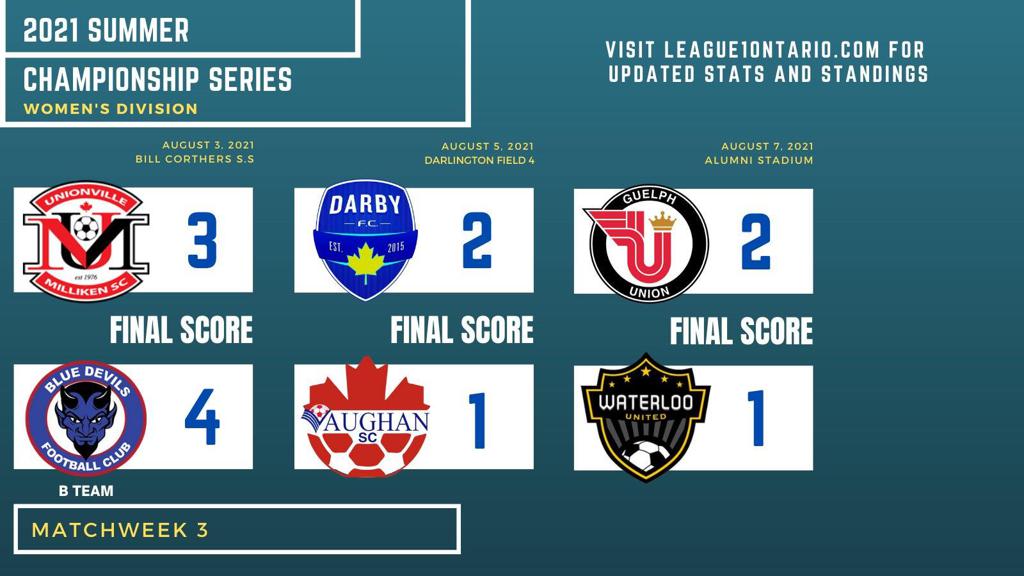 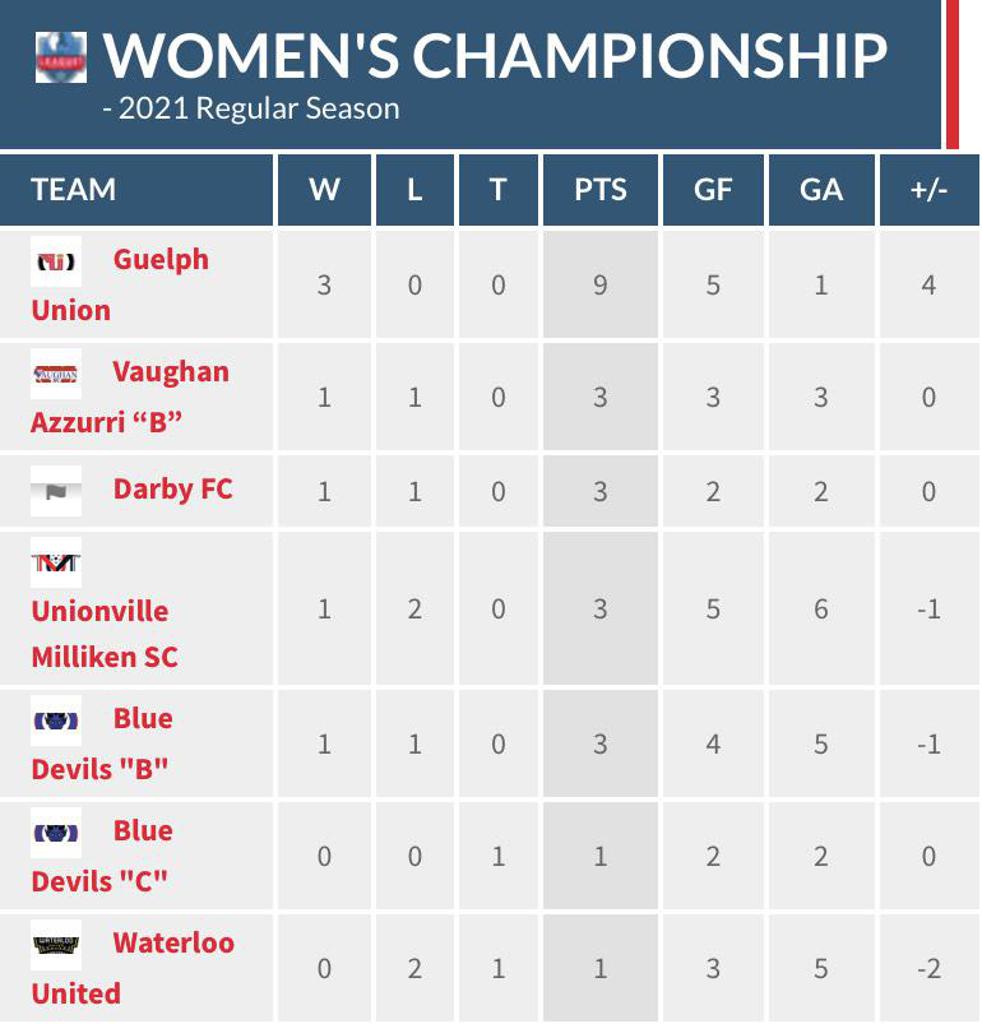 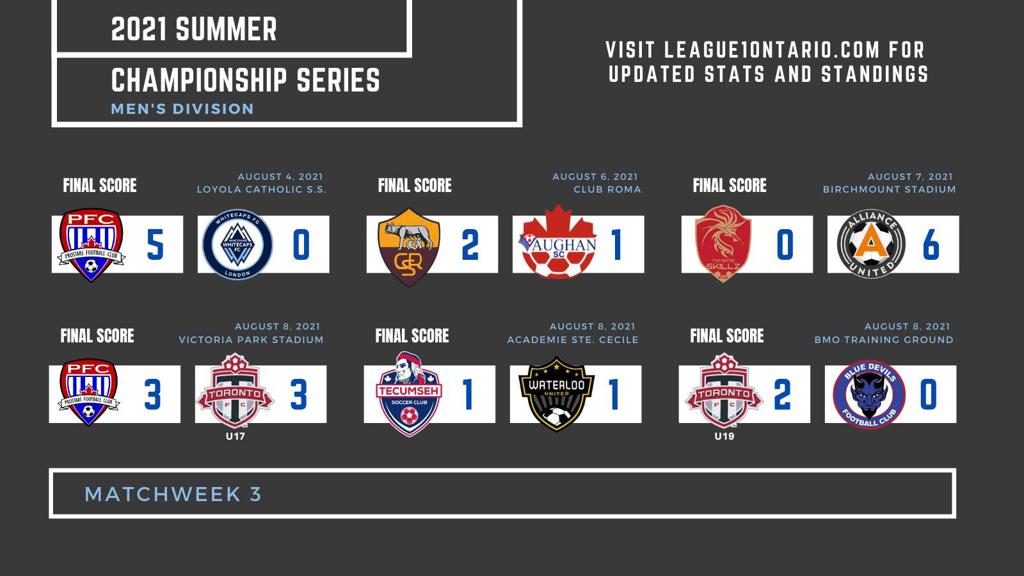 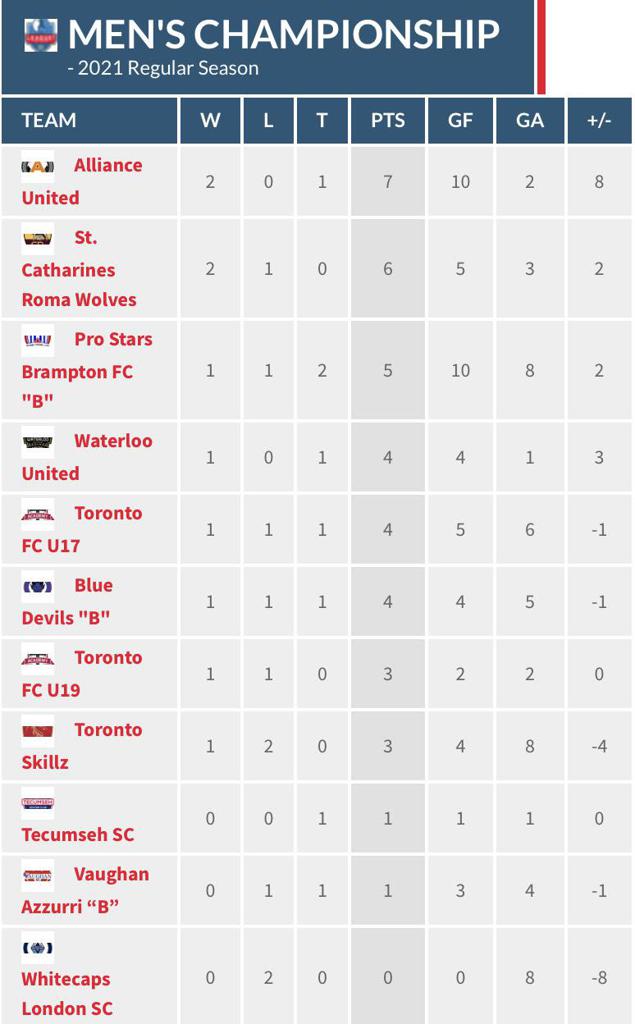 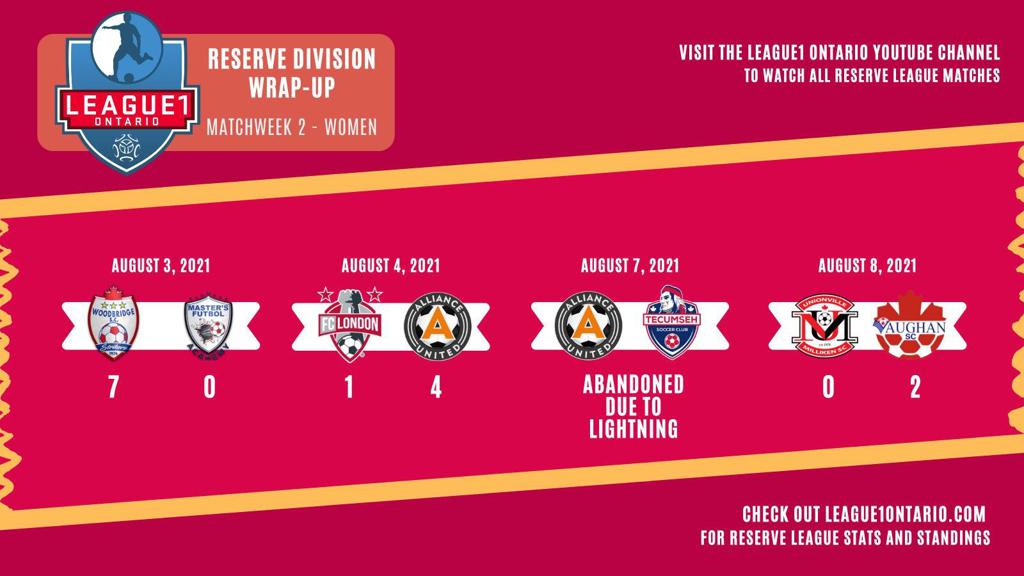 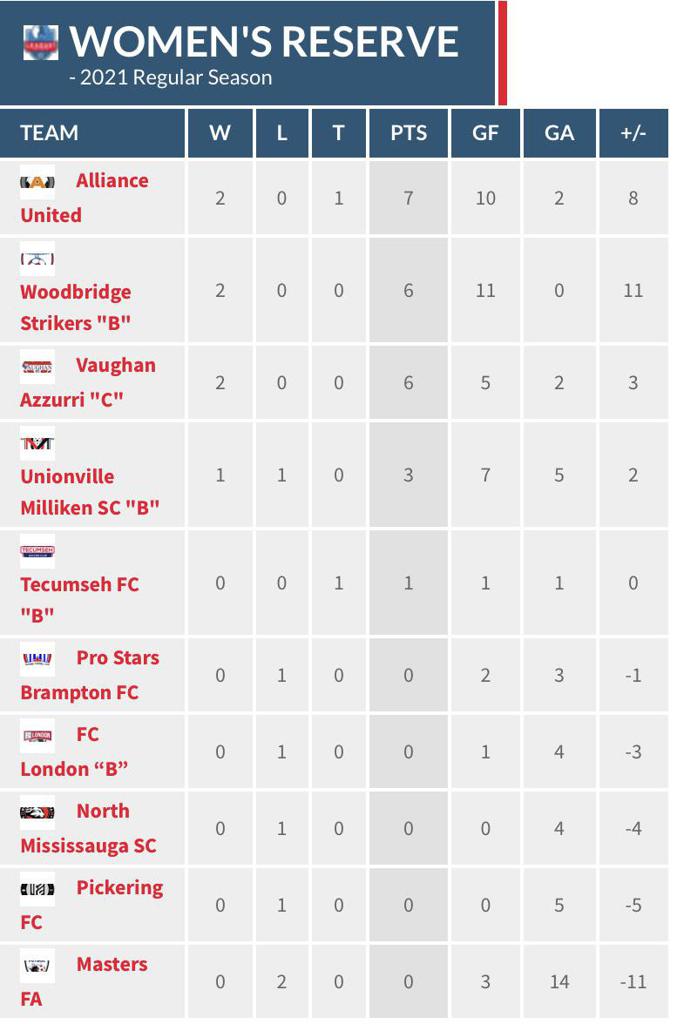 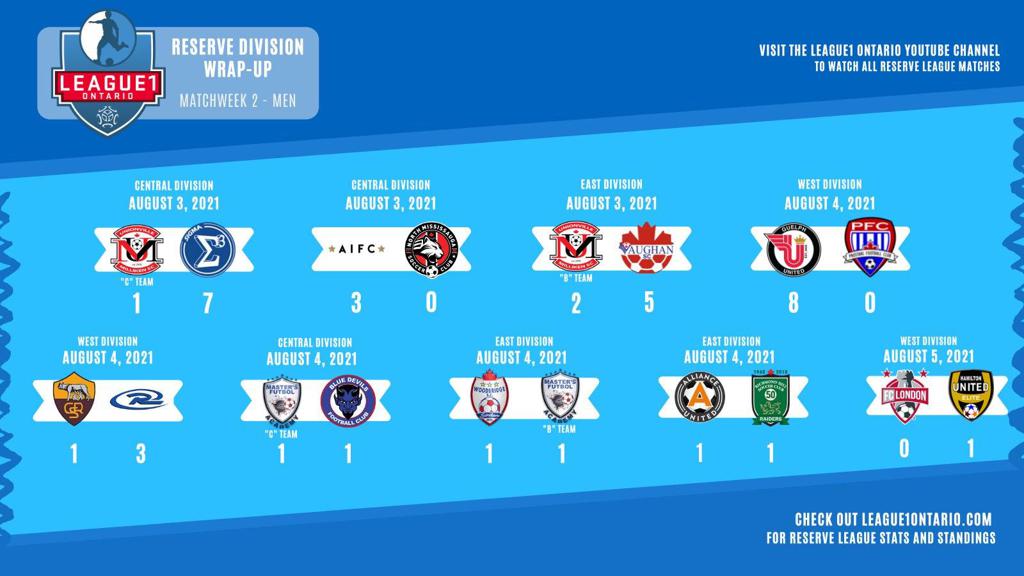 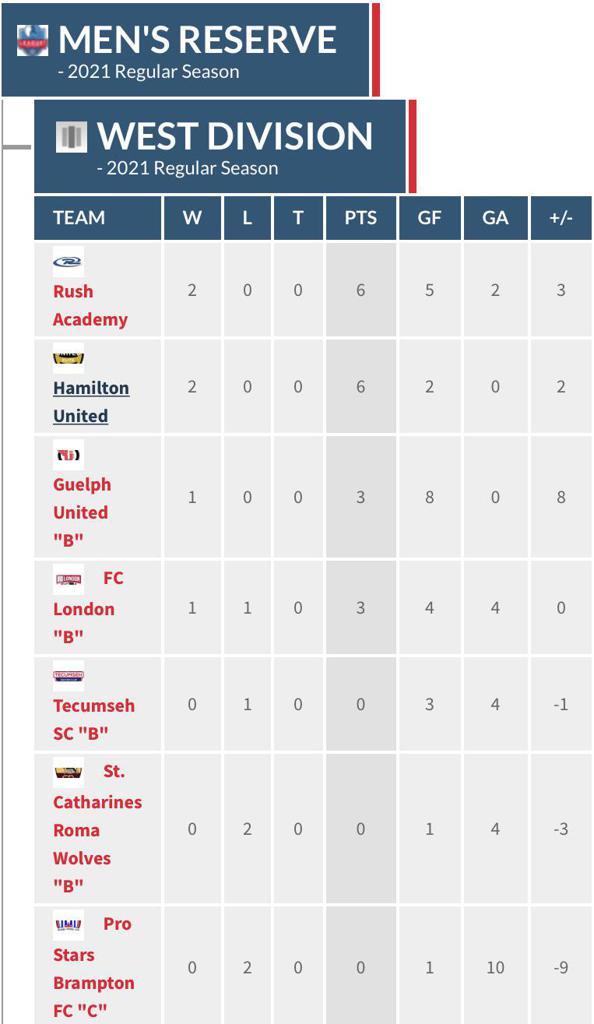 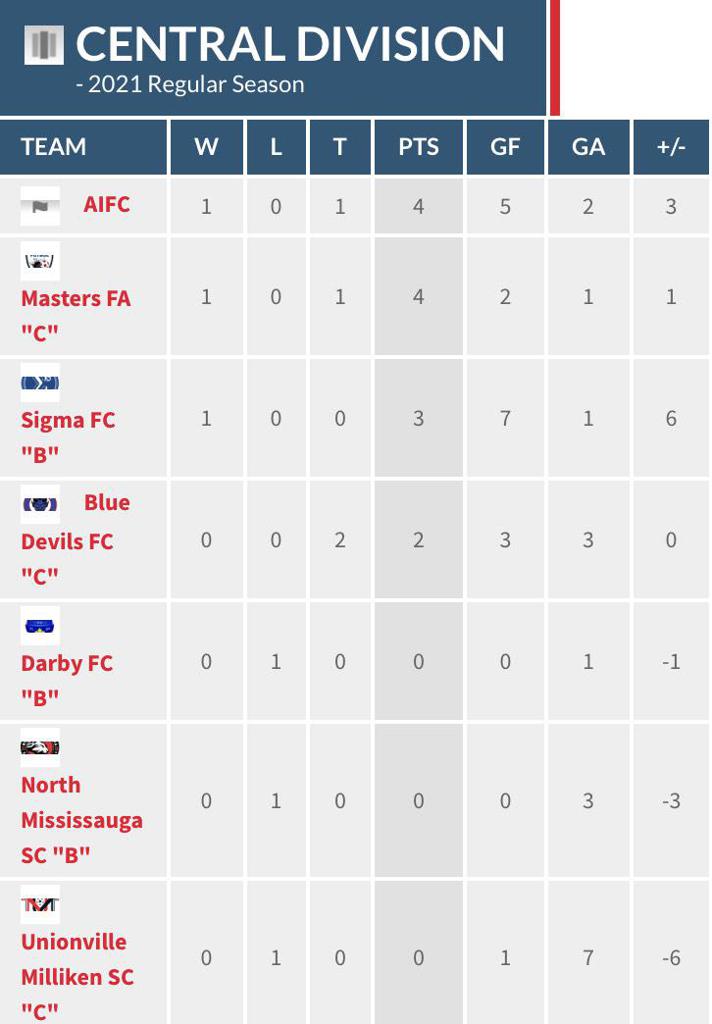 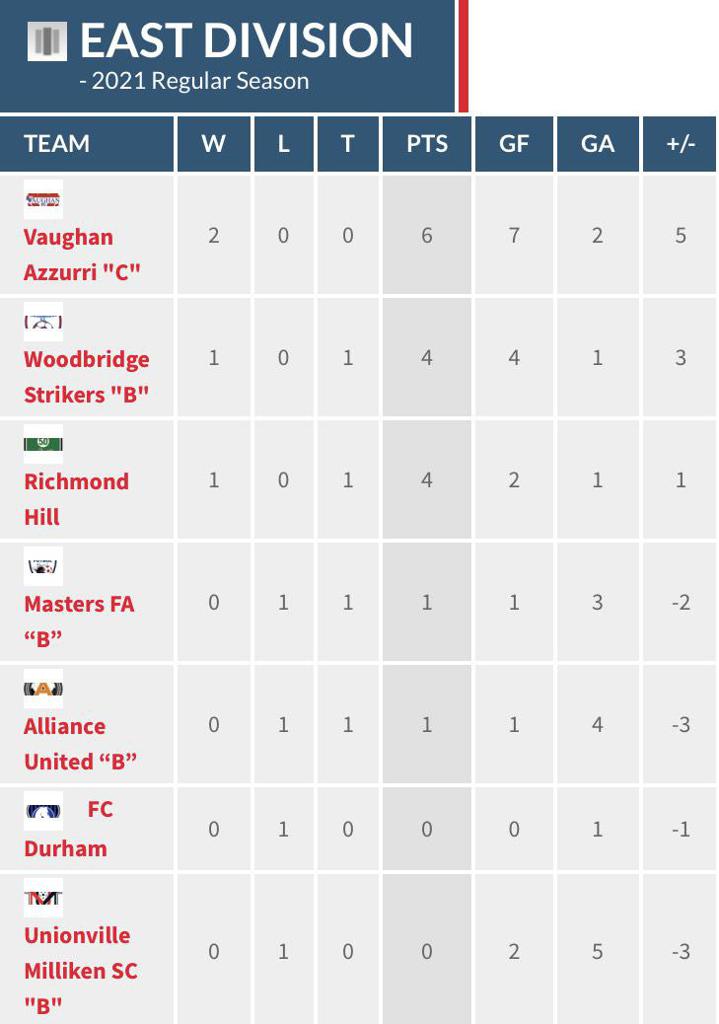