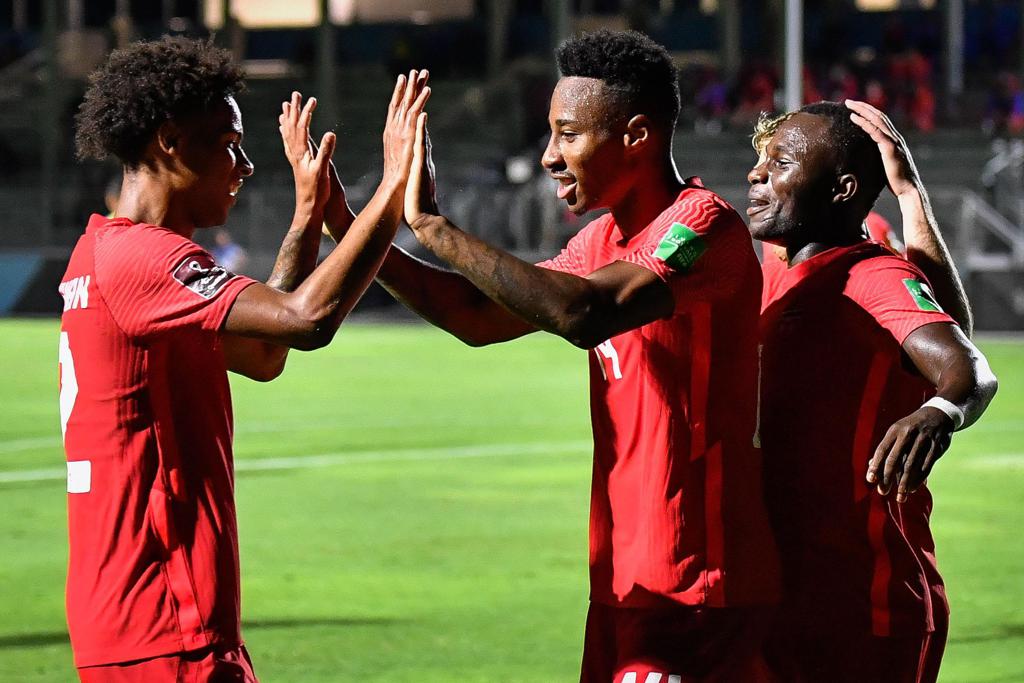 League1 Ontario would like to extend their congratulations to Canada Soccer and the Men’s national team for advancing to the third and final round of qualifying for the FIFA World Cup Qatar 2022.

A feat not accomplished in nearly a quarter-century, Canada is in the Octagonal stage alongside Jamaica, the United States, Mexico, Costa Rica, Panama, El Salvador and Honduras. Their first match of the next round will take place on September 2nd at home (location TBD) against Honduras.

The excitement for this accomplishment is only amplified by the number of L1O graduates who played a role in helping Les Rouges through the first two rounds of qualifying.

Larin led the team in scoring during the first two qualifying rounds with seven goals including a hat trick against Bermuda in a 5-1 win back on March 25. The Besiktas man is tied for 7th all-time for CanMNT scorers and will surely be looking to add to his tally in the ‘Octo’.

Corbeanu scored off the bench in that same Bermuda match just four minutes into his international debut. Now with three caps under his belt at just 19, the future looks very bright for the Wolverhampton Wanderers winger.

Laryea scored the fifth goal in that March fixture against Bermuda, making it a perfect 5-for-5 on L1O scorers on the night. The ex-Sigma (and current Toronto FC) star featured in four of the six qualifying matches and has become something of a regular for his country over the past two years.

Johnston was one of Canada’s unsung heroes in the first two qualifying rounds, excelling in multiple positions and playing every minute of their final three fixtures. The Nashville SC fullback’s versatility has made him a favourite of National Team Head Coach John Herdman early in his international tenure.

St. Clair made his Canadian senior debut earlier this month as he got the start in a 7-0 win over Aruba. On the back of a breakout season with Minnesota United, the former L1O title winner has put his name in the hat for candidates to replace Milan Borjan as Canada’s #1 ‘keeper in the not too distant future.

Kaye was instrumental in midfield for Canada throughout the qualifying window. Scoring twice against the Cayman Islands back in March, the LAFC standout started both contests against Haiti where his passing range and work rate proved vital in winning the tie.

Buchanan made his senior debut for Canada in the win over Aruba and featured in all four qualifying matches in June. The 22-year-old New England Revolution man initially turned heads in March by scoring a brace for the U23 national team in Olympic qualifying and adds to Herdman’s options on the right flank.

Fraser played the full match against Aruba on June 5, his first competitive appearance for Canada since playing 81 minutes in the famous 2-0 victory over the US back in October 2019. At just 23-years-old, Fraser’s future with the national team should be bright, with plenty of appearances still to come.

Miller missed out on the last four qualifiers through injury but played the full 90’ versus Bermuda back in March. Now suiting up for CF Montreal (MLS), the left-footed defender is a key part of Herdman’s plans when fit and available for selection.