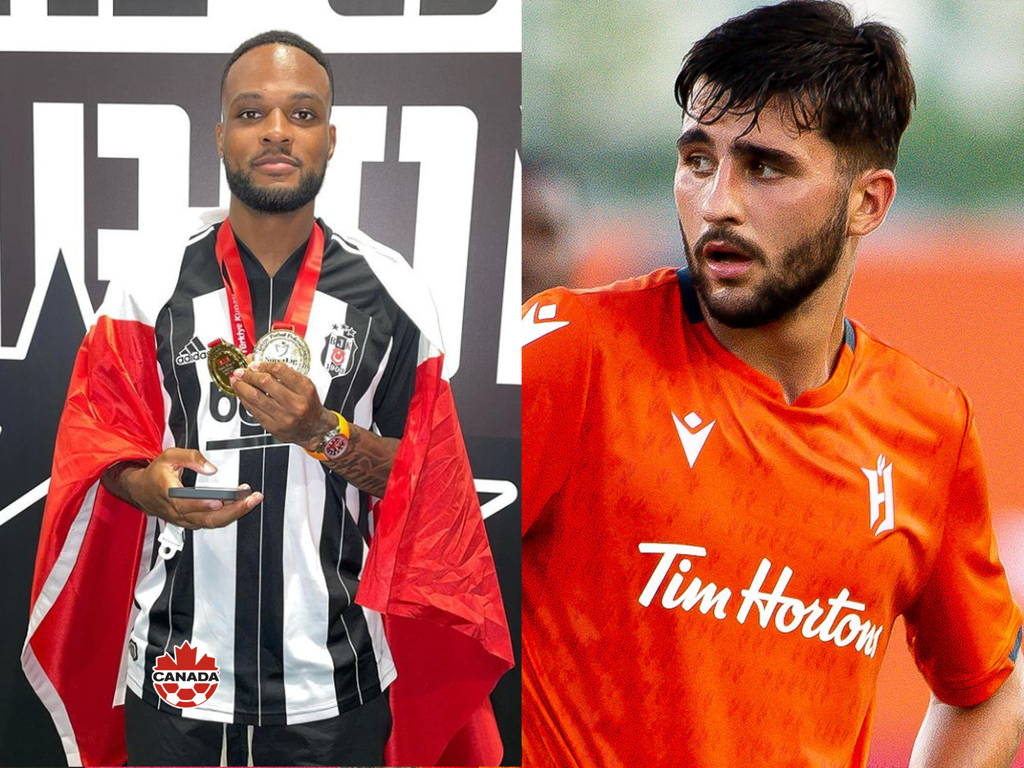 Since its launch in 2014, League1 Ontario has existed, first and foremost, to bridge the gap between the youth amateur ranks and the professional game for Ontario’s top footballers.

As such, every professional contract a L1O graduate signs serves as a success story and a point of pride.  When those players start to excel at the highest level, it makes it even more exciting.

In light of Beşiktaş’ Süper Lig and Turkish Cup-winning campaign, on the back of the standout play from ex-Sigma FC star Cyle Larin, here are five of the most impressive professional seasons compiled by previous L1O men’s players.

Kicking things off in Istanbul, Larin enjoyed an incredible bounceback season just as his stock appeared to be falling after a strong start to his professional career. The 26-year-old’s 23 goals in all competitions were seven higher than any of his Beşiktaş teammates in 20/21 and his 19 league goals were good for 2nd in the Süper Lig Golden Boot race.

The former TFC III and Sigma FC star is another standout performer in the final third.

Tristan Borges took the CPL by storm in its inaugural 2019 season, winning the golden boot with 13 goals while adding five assists en route to Player of the Year honours and a Forge FC title victory.

Like Larin, Borges spent 2020 in Belgium after his transfer to OH Leuven.  With COVID-19 interrupting the season, he struggled to find his footing overseas.  The Toronto native is back with Forge on loan ahead of the 2021 CPL campaign and ready to pick up where he left off two years ago.

After suiting up for the Reds reserve side in the inaugural L1O season, Kaye would climb the ranks to the MLS and joined LAFC for its first-ever campaign in 2018.

It was in his sophomore year with The Black and Gold that the former York University Lion would truly find his feet under Bob Bradley, featuring in 31 matches and adding four goals and eight assists from midfield as his side won the Supporters Shield and reached the Western Conference Finals in 2019.

Deemed a top-five player in his position by Extratime ahead of the 2021 season, the 26-year-old has solidified himself as one of the first names on the team sheet for both club and country.

Another Bobby Smyrniotis understudy, Laryea has been something of a late bloomer in the professional game.

After spending three stagnant years in the Orlando City organization, a move back home to Toronto FC in 2019 has revitalized the former Akron Zips career. Deployed mostly as a fullback in 2020, Laryea scored four times in 20 appearances for the Reds and was a constant threat down the flanks for MLS opposition.

His performances with TFC have garnered both a regular spot with the Canadian national team and rumours of potential interest abroad — thanks in part to the recommendation of Canada teammate Atiba Hutchinson.

A former L1O title winner with the Azzurri, St. Clair’s 2020 MLS season began on loan with San Antonio in the USL. By the end of the year, the Pickering native made 16 consecutive starts to close the regular season and into the playoffs where he amassed eight clean sheets and conceded just 15 times.

His dominant display in Minnesota earned him a callup to the Canadian men’s national team this past January and his full international debut against Aruba this June all while retaining his starting spot with the Loons to begin the 2021 MLS campaign.

The former standout midfielder for Vaughan Azzurri and Wake Forest University was the 11th overall pick in the 2020 MLS SuperDraft and was asked by the expansion side to make the move to right fullback.

Johnston made the transition seamlessly in 21 appearances for his club between the regular season and playoffs in 2020 and has been a regular call-up for Herdman’s Canada side so far in 2021.

The 2016 L1O Defender of the Year had a massive impact upon joining Slovakian club FC Nitra in January 2017, scoring a pair of goals and helped solidify the team’s backline as they earned promotion to Slovakia's top division.  He is currently plying his trade for Finnish powerhouse KuPs (Kuopion Palloseura)

The multiple-time L1O All-Star has been one of the most consistent performers for the two-time CPL championship side from Hamilton.  He truly shone in the 2020 CPL Island Games, earning the Top Goalkeeper award in addition to the team’s success.

Dover translated an excellent 2016 season with Pickering-based Durham United into a professional contract with USL side Rochester Rhinos for the 2017 season.  In 2018, he made a fortuitous move to Pittsburgh Riverhounds and enjoyed an outstanding debut season for the Pennsylvania USL club, appearing in 29 of 30 games and scoring a pair of goals from his full-back position.

His strong play over the past four years with Pittsburgh has earned the attention of the Guyanese National Team, for whom he has earned 3 caps, including a start vs the United States in the 2019 Gold Cup.

The dynamic winger from Brampton was the Revs' 9th pick in the 2019 MLS Superdraft. He made a big name for himself in his sophomore season, making 27 appearances and scoring 3 goals between the regular season and playoffs. His outstanding play has turned plenty of heads, with rumours of multiple top European clubs lining up transfer offers to secure his services.