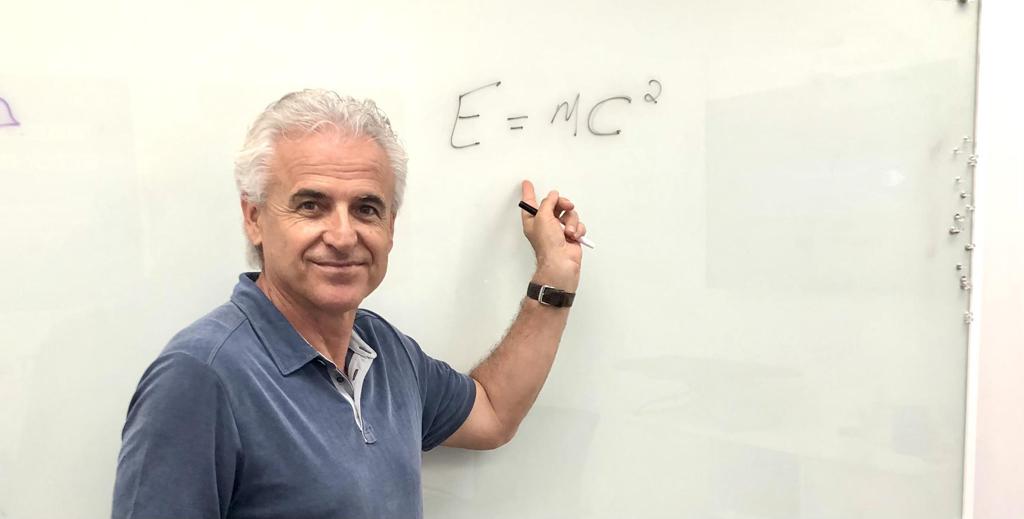 There is a simple formula for finding success in the beautiful game: E=mc²

In this context, it’s not the work of physicist Albert Einstein being applied but rather the ‘chemistry’ assessment of a team done by Windsor TFC Owner Vancho Cirovski.

Apart from his role with the League1 outfit, Cirovski serves as the Managing Director for Peak Consulting, a company that helps clubs and teams build winning cultures and improve their leadership in both business and sport settings.

In breaking down the equation borrowed from Einstein, Cirovski suggests what many others have come to realize — it’s not just top-level talent that makes the difference between winning and losing.

“I use ‘E’ to reference excellence but it also stands for energy and then ‘M’ stands for mastery which is all about the long-term impact, so it's talent, plus culture management of the organization.”

“Chemistry is really about the C squared which is communication times connectedness. You can be low on talent and high on C squared and I'll take that team all day over a group that’s just high on talent and low on chemistry.

Cirovski first began to apply this practice to the sporting world in the early 2000s when his brother Sasho Cirovski, coach of the University of Maryland Men’s Soccer team, came to him with concerns over the leadership qualities of his squad and how it was hindering their ability to go from a good team to a championship team.

With the aid of mathematician and human capital expert Valdis Krebs, they put together an algorithm based on social network theory analysis which measured communication and connectedness.

Through a simple seven-question survey, Krebs and Cirovski then identified who the strong leaders were on the team, with one emerging candidate previously underappreciated by his brother Sasho.

The Terrapins bench boss made him captain on the next bus ride which the team would follow up with a strong finish to that season, while Maryland has since gone on to win three national titles with Sasho Cirovski still at the helm today with the frequent and regular use of team chemistry and leadership analysis.

On the back of Vancho’s role in the team’s NCAA success, Bloomberg Business Week published an article highlighting the details of this project, a recognition that led to plenty of interested candidates.

“It was a big deal and all of a sudden I got calls from everywhere about doing these analyses on identifying emergent leaders on teams.”

For Cirovski, the fit had to be right and the interest mutual for this sort of cultural shift to work. When Tim Bezbatchenko was named General Manager of Toronto FC in 2013, Cirovski saw an opportunity for TFC’s new boss to implement real change.

Following the controversial decision to fire Head Coach Ryan Nelsen after just two seasons in charge, Cirovski reached out to Bezbatchenko with an offer.

“I sent a note to Tim and I said ‘we should talk about this, you have a chance now to shape the culture of Toronto FC.’”

After the TFC GM agreed to sit down in person, Cirovski quickly began the process of helping Bezbatchenko streamline what it was the club wanted to accomplish.

“I asked him what the club’s values are, there’s six of them on the board behind him, ‘can you remember any one of them?’ And the answer was yes, sort of, but they weren't a real priority for the club yet, it was just writing on a wall.”

“So I suggested we've got to really nail this thing down to the core of what is meaningful in what you're doing.”

Alongside Bezbatchenko, Director of Cognitive Development Michael Rabasca and new Head Coach Greg Vanney became pivotal in the early stages of the cultural shift Toronto was hoping to implement.

As Cirovski puts it, his role is simply to act as a facilitator. The change must come from an internal leadership group and from there it’s up to the players and emergent leaders themselves to buy into the new culture and earn results on the field.

“At the end of the day, Jozy Altidore still has to put the ball in the back of the net, Sebastian Giovinco still has to be magical, Michael Bradley still needs to lead on the field.”

“But if you're focused on culture every single day and if you manage your team chemistry by identifying the real leaders, you're giving yourself a hell of a lot stronger environment to succeed.”

The core group of Bradley, Altidore, Giovinco and Co. would go on to reach two consecutive MLS Cup Finals in 2016 and 2017, with the Reds winning the latter.

In 2019, Bezbatchenko would move on from Toronto in becoming President of Columbus Crew. To help repeat the process of a culture analysis with a new club, he’d call on his old friend Cirovski. Lo and behold, the Crew were MLS Cup champions by the end of 2020.

Bezbatchenko and Head Coach Caleb Porter have doubled down on culture and chemistry efforts in Columbus by conducting an annual culture survey and more frequent team chemistry analysis. According to Bezbatchenko, “staying on top of it with quantifiable data is the only way to master this dynamic."

While the on-field success is no magic trick, Cirovski suggests it’s a far cry from mere coincidence.

“I can basically predict what a team’s winning percentage is going to be by the results of their culture survey. If you're creating a genuine, authentic high-performance culture, you'll improve your winning percentage.”

“I can't say it's a crystal ball, but it's pretty darn close.”

Although Cirovski echoes the importance of the right fit in choosing his next project, he’s not shy to recognize his ability to give teams that competitive advantage if they’re willing to put the work in.

“Everyone in management across soccer around the world should know there’s a secret sauce to success and that’s E=mc².”