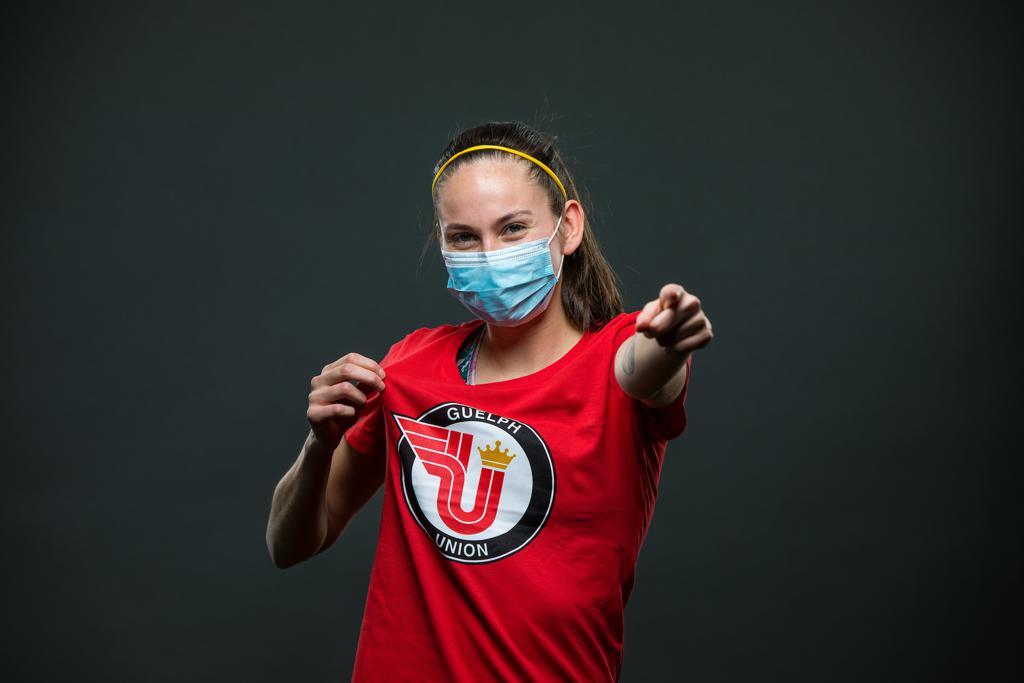 It’s an age-old saying with a straightforward message, one which Guelph Union hopes to deliver to female players in the area as they enter into the League1 Ontario fold.

For Executive Director of Guelph Soccer Sara Orrell, the focus on advancing the women’s game began at the grassroots level with the club now prepared to make that jump to the semi-professional ranks.

“From the youngest age groups up, we always had this swarm of women that were attached to the organization,” Orrell told League1Ontario.com. “So once we had a really good handle on how to run quality youth programming, we felt like this was an appropriate next step to now offer an opportunity for players to compete at the highest level.”

Operating as a separate entity to Guelph United who will enter the men’s division as an expansion side, the Union ensures girls in the Jr. Gryphons program have that role model representation on the local stage that was missing in the past.

“There's nothing like it in our city, there's no such thing as a high-level women's team at all,” said Orrell. “So for young girls that are athletes that want to aspire to be something, that doesn't exist in Guelph at all, so there's absolutely a need and an appetite for it.”

Joining in this collaboration of efforts is the Lang Innovation Team (LIT) who have been instrumental in bringing this franchise to Guelph. The Lang Innovation Team has its roots in sports, business and education.  As a key strategic partner, it will work closely with leadership to provide guidance in helping to execute our vision.

While more playing opportunities for females was a top priority in making the move into L1O, creating other roles in and around the game for women was of equal importance.

AC Lang is set to join the Union in a dual role serving as Assistant Coach and on the pitch as a Midfielder.

Lang not only brings an abundance of experience as a player from her time with the University of Guelph Gryphons but also currently heads a L1O campaign to see more females involved in coaching roles in the future.

It’s those leadership skills she’s bringing to the Union as they take an innovative approach to organizational structure in the game.

“This is a woman-dominated project, we're hoping to get as many women in organizational roles as possible,” said Lang. “We're creating new roles and we're trying to do this differently, to us it’s about creating more opportunity for people to contribute and seeing all of the great things that come of it.”

Guelph Union is set to play their home matches at the University of Guelph Alumni Stadium when League1 Ontario play resumes.