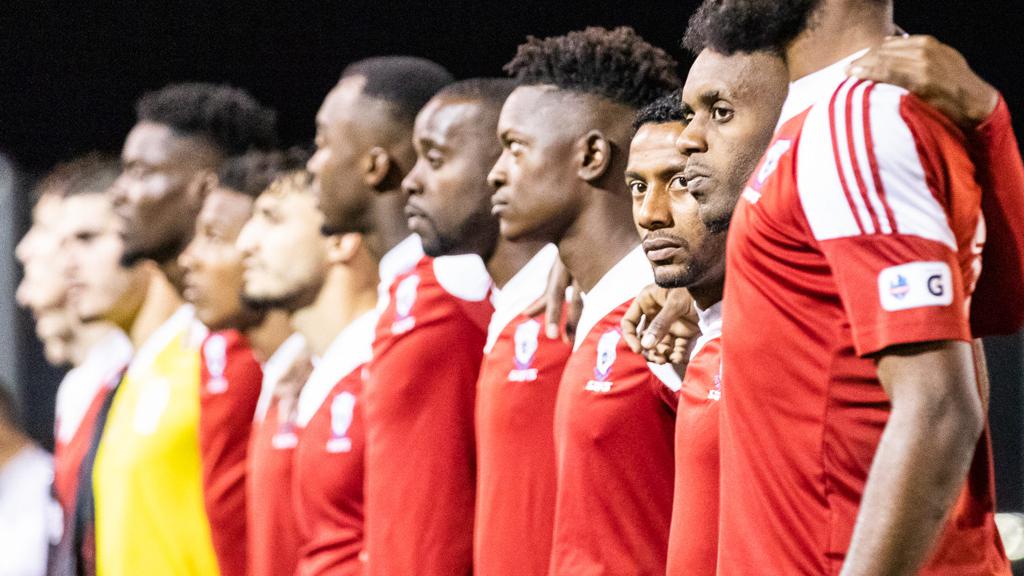 "You're dealing with something that nobody has built before."

Those are cautionary words from Junior Groves, founder of Master's Futbol Academy, the club that shocked Canadian soccer in 2019 by winning the League1 Ontario championship and earning a berth in the Canadian Championship.

Groves, 61, had a lengthy career as a professional in both Canada and Jamaica before creating the Master's academy program in 2009. Groves, just by giving back to those he knew needed it the most, found a new pathway to success in Canadian soccer.

"We related to the players and we brought them in as a family and that got us a championship – a lot sooner than expected, I might add," Groves told CanPL.ca.

It's also worth noting Master's struggled to achieve much on-field success in L1O before 2019, which marked their first playoff appearance since joining as one of the league's original clubs in 2014. While his team was floundering in L1O's mid-table like many developmental sides, Groves was busy putting "his stamp" on many of the Master's players that graduated from youth ranks – hundreds of whom have earned scholarships to Canadian and American universities.

That emphasis on education and a "family" atmosphere at Master's was to fill a void that Groves saw in young players in his catchment area, who were often forced to resort to hopping between teams, trying to find opportunities to grow as footballers.

"We see players that are brought on for their skill or athleticism by clubs not owned by Blacks to win titles... but not pushed towards things like scholarships or education," Groves said. "Coaches on teams would say to these players 'come win for me – your athleticism will allow us to win.' All those disenfranchised players and I could see this stuff happening."

Groves recalled a conversation with a prominent Canadian men's team staff member about relating to the kind of disadvantaged players Groves brought into the Master's fold – all the way from youth level to L1O.

"He told me 'Coach, I don't think people understand that when everybody else was being dropped off for training, I had to cheat and throw change in the subway bin and run up the stairs so that the people wouldn't stop me,'" Groves recalled.

"'And I showed up to training hungry because I just used up the last cash I had.'"

For Master's coaching staff, the simple act of relating to players has gone a long way to instilling a team culture that was key to their championship in 2019.

"We need people in charge in Canada who can relate more with these players. Me, Rick, and Devon know where these players are coming from. Doesn't matter if you're Black, white, whatever colour – we know because we've been there," Groves said. 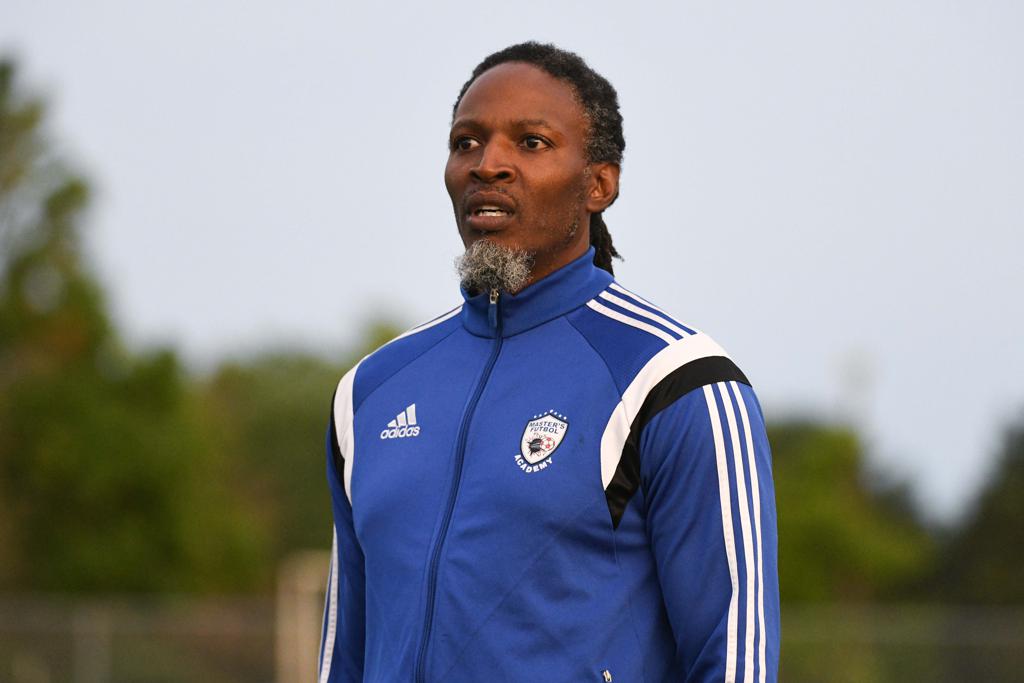 Titus – who made over 300 professional appearances in the 1990s and 2000s (most of them in Canada) – came to Master's in 2017 following a stint with L1O side and boyhood club North Mississauga SC.

He and Groves decided to actively recruit players in a bid to win a L1O championship. They brought on former Jamaica international Akeem Priestley, who scored a hat trick in the 2019 League1 Ontario Final, and Titus invited a few players of his own that fit the Master's program – including Adam Czerkawski, Joey Melo, and Marc Jankovic.

"I always take on players that coaches said had a terrible attitude because usually, those guys are probably just outspoken," Titus said.

"They just don't like being lied to. They are a typical person but especially Black players that come from a bit of a background where they have to deal with a lot of racism ... a lot of it's very subtle. There's a lot of Black leadership at Master's. We would probably never get that anywhere else. We built his team from all the problems that other teams had.

"We took those problems and we turned them into gold."

That aforementioned final against favourites FC London was one of the most eventful in League1 Ontario history, ending 4-1 in favour of Master's. Titus and Groves are quick to credit the team's triumph as a collective effort.

"When you have coaches who understand the commitment they understand development is not about athleticism," Groves explained. "That's why, against London, we had four players tackling one player at a time – I have a photo of it. They were tireless."

Previous playoff victories over L1O heavyweights such as Sigma FC and Oakville Blue Devils were made more impressive by the team's lack of available training sessions. Master's players were forced to train in small groups, scattered about the Greater Toronto Area on any patches of turf they could find.

"We didn't have much training during that playoff run – maybe once a week on average," Titus explained.

"We had access to a cricket field in North Mississauga, we just tucked away in a corner. We'd do that once a week. We'd be lucky to get an end-zone at a football field, too. A lot of the times the players would train on their own and we could see their fitness was waning in the previous playoff rounds.

"You can imagine training once a week and you have to play against Sigma or Blue Devils on the road… some big established Ontario programs. Those games were tough."

Titus would watch his players training on cell phone video captured in parks, schools, and green space across the GTA. He was looking for intensity in these less-than-ideal sessions and, perhaps more simply, to ensure his players were still gathering like a family.

Titus attributes part of that with the team's spiritual advisor, Rob Meikle, and Groves, who are both pastors.

"There are players with some really rough backgrounds – there were some deaths in our players' families during that playoff run too," Titus recalled. "Keeping them together was the most important thing.

"That final, the way they kept the pedal to the gas, showed that togetherness more than anything could. 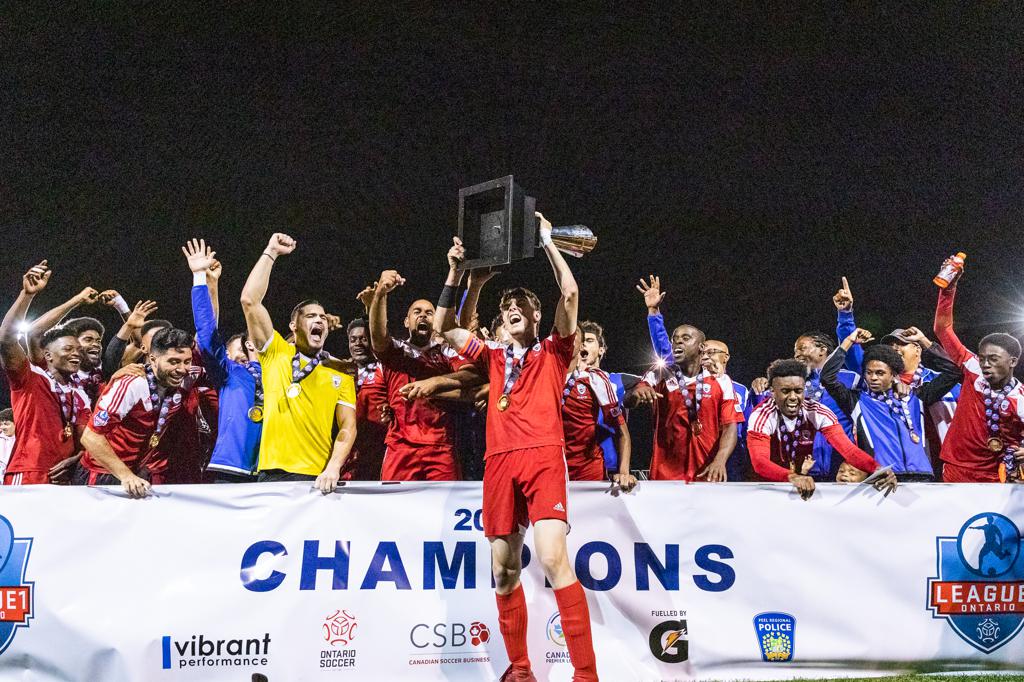 Groves isn't reinventing the sport in this country. By his own account, the success of Master's isn't necessarily tied to race, either.

But, there's more for the Canadian soccer community to learn from Master's. A tight-knit group of players that saw themselves in a coaching staff that, in turn, understood their plight. What emerged was a team that was greater than the sum of its parts and eventual championship winners.

"The sport in this country values the individual," Groves said. "At our club, we prove (what happens) when you invest in the collective – like many footballing nations do. They have experienced what it's like to build players who are committed and dedicated. What we have done is dial things back – build the team with commitment and loyalty regardless of race."

Master's FA will compete in the next Canadian Championship after their 2020 berth was deferred following COVID-19 restrictions. The side that will face MLS and Canadian Premier League foes will retain that familial feeling and the unprecedented success it could bring.

"I want to give these players who are here, who worked hard, the opportunity to go up against teams like York United or Toronto FC," Groves said.

If no one else has built anything like Master's, as Groves has prophesied, then perhaps the success of the Saints shows it's worth repeating: coaches that relate to those disenfranchised players who are capable of greatness all along.

"We invest energy into them in a way that isn't messed with by outside forces," Titus concluded. "The stuff this team has been through has been incredible.

"They come in with these labels other coaches have given them – that's all been stripped away. Now it's just the player."