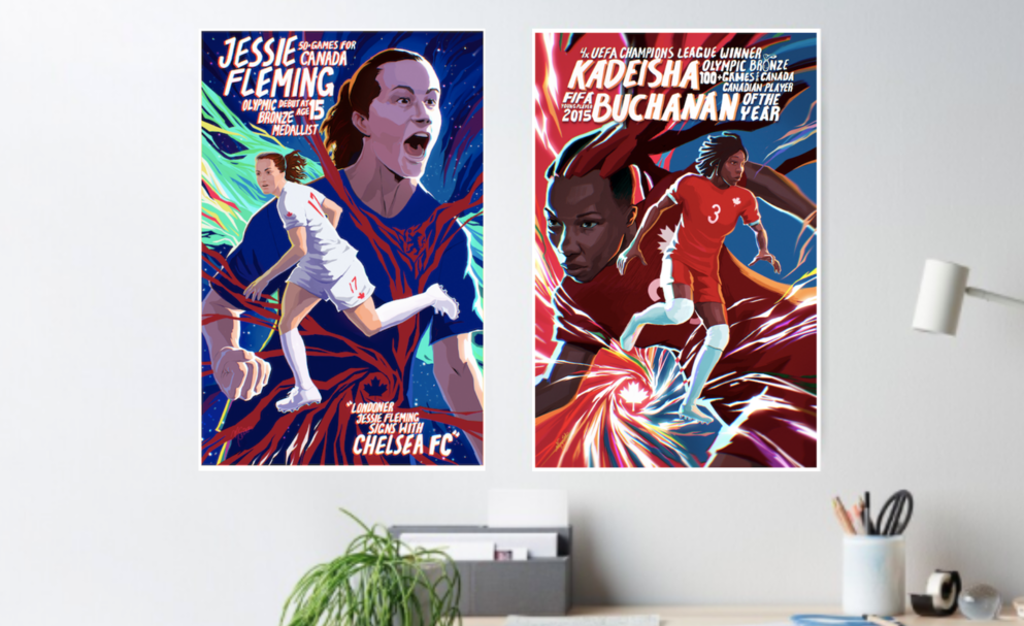 Ann-Carolyn Lang has never had a female coach.

Set to enter League1 Ontario with North Mississauga after a successful run four-year run with the Guelph Gryphons and German side Eintracht Frankfurt before that, the midfielder failed to count a single female leader in her 20-to-25 years of playing the game of soccer.

Which has brought her and other prominent L1O women’s division players to change the lack of women's coaches with Elevate – a program designed to raise the money needed to get them there.

The group of L1O players (including Hollie Babut from Pickering FC,  April Syme of Woodbridge, and Leanne Forker of Blue Devils FC) – under the banner of wsoccer.ca – is selling posters with the goal of raising enough money for five Canada Soccer “C” Coaching licenses for L1O women's players – about $6,000 total.

“I know that these five licenses aren't gonna help fix the problem of coaching inequity in Canada – I'm not disillusioned about that,” Lang said. “But some studies suggest only 19% of Canadian coaches are women. We need to start getting more and more females and in more and more coaching courses.”

“The other two are kind of targeted at a younger audience because it kind of has a bit of a like a superhero,” Lang said, touching on the other goals of the program: elevate Canadian female athletes and inspire young players to follow in their footsteps.

Ideally, the funds would be given to L1O players in a sweet spot between university and high school and the pursuit of a career.

“The cost is a big barrier for young athletes specifically,” Lang began. “Usually clubs do reimburse you but they'll reimburse you after the season. So I find that just not many people have $1,000 lying around right after university or high school.

“The problem with female coaches I'm seeing is if you don't get them in that time window, They'll go away, get pregnant, start careers, and they will just be too busy to coach in the future so there's a very short window where we're able to capture them.”