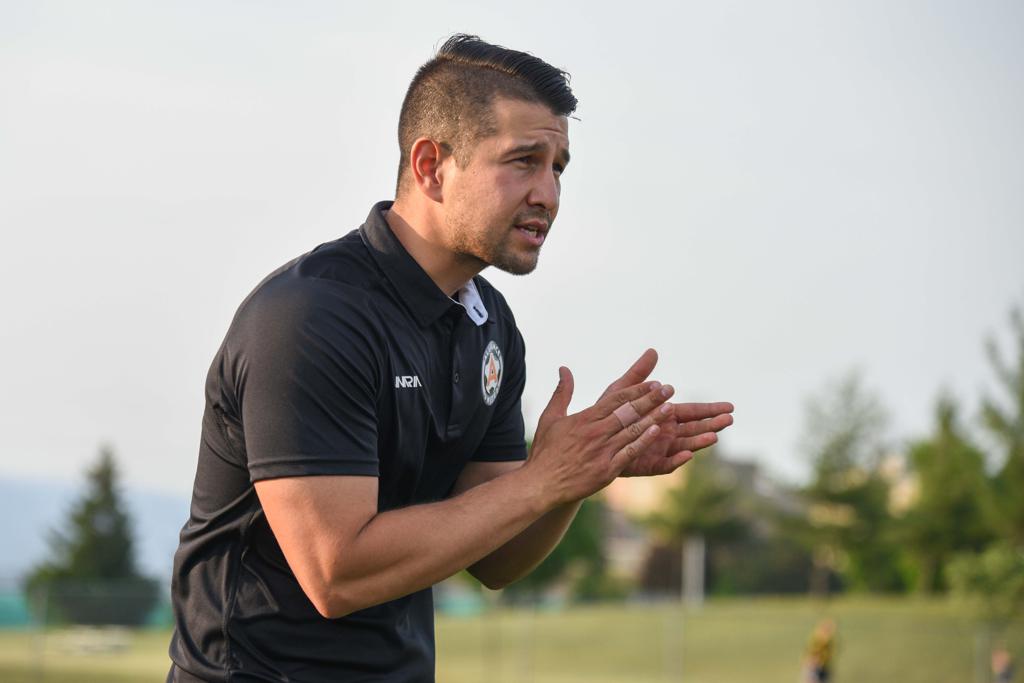 That tilt with fellow League1 Ontario men’s side Woodbridge Strikers (which Alliance won 1-0, by the way) came amid ever-changing rules, regulations, and logistics surrounding COVID-19 that hampered plans for more such challenges in the wake of a cancelled L1O season.

“That's probably been the biggest challenge,” Orlov told League1Ontario.com, citing a cancelled friendly with USL League One side Toronto FC II over the Thanksgiving weekend.

Alliance finished third in the 2019 L1O regular season with a 11-3-1 record. A loss of talent to U SPORTS and NCAA schools ended their playoff run at the semi-final stage.

Training had continued for Orlov’s group through the summer – as with many squads in League1 Ontario since Ontario Soccer first introduced their return to play plan this Spring – with only recent restrictions in York Region limiting proceedings.

“We've had the whole team there pretty much every session,” Orlov said earlier in October, before York Region entered a modified Stage 2, enforced by the Ontario government. “I always warn the guys about the lack of games, or whatever, but they still wanted to keep training.”

Coaching has evolved during the COVID-19 pandemic just as it did at its start. Orlov and his coaching staff at Alliance had gotten creative with the lack of matches, taking the classic “scrimmage at the end of practice” to a greater level.

“When we played games, training was very tactically-based,” Orlov began. “Now it's more game-based so we play more small-sided games just so the guys are motivated. Whether you're six years old or you're playing for Liverpool, you need to love to play.”

Alliance has also run “competition days,” which brings players together for small-sided games and various tasks to keep the competitive spirit that, if you ask Orlov, has affected his players.

“Our younger players are missing that competition. They're missing a year of development. I don't think it's catastrophic, they can recover from this and everyone's in the same boat.”

The long-term effects of the COVID-19 stoppage on Ontario’s high-level soccer players remain unknown. When asked, the former York University player and U SPORTS National Champion doesn’t have an answer... but can offer a few theories.

“It's been tough for the guys because they're so used to training and playing now for 10-to-11 months a year,” Orlov said. “We had a really good League1 team going, too, so there are mental hurdles there too."

The cohort most hard-hit? Mature players, in their mid-20s, who Orlov fears may drop soccer entirely.

“The effect won't be as big on 18-or-19-year-olds – those 25 year-old-and-older talents that are used to playing every day, going to work or school, and getting that rhythm – now soccer has dropped off, we might lose a couple of them because it’s not a priority,” Orlov said.

“If they miss a year, who knows, they may completely step away from that high-performance League1 level. That's the biggest worry.”

In an ongoing series, CanPL.ca’s Marty Thompson checks in with League1 Ontario players, coaches, and administrators on current plans, COVID-19’s effects, and much more.